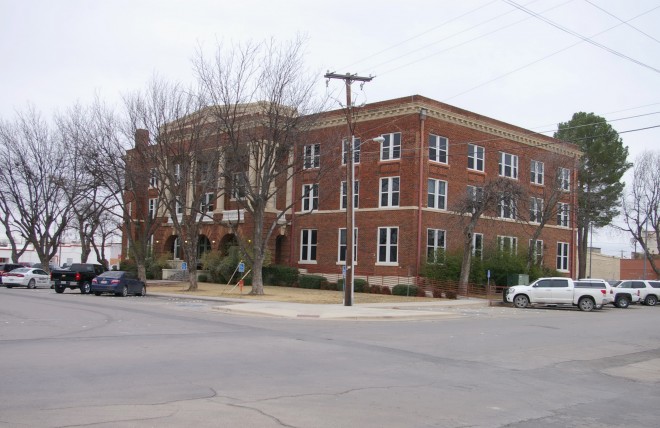 Brown County is named for Henry Stevenson Brown, who was a commander at the Battle of Velasco.

Description:  The building faces south and is a three story dark red colored brick and concrete structure. The building is located on landscaped grounds in the center of Brownwood. The south and north sides of the rectangular shaped building have projecting porticos with three arches on the first story and columns rising from the second story to the top of the third story. A thin horizontal belt runs between the first and second stories. A cornice runs along the flat roof line. In the interior, the courtroom is located on the second story. The building houses the State District Court, Constitutional County Court, County Court at Law and County Justice Court. The building is a remodel of the 1884 courthouse designed by Dodson & Dudley and constructed by Thomas Lovell. To the northwest is the old County Jail constructed in 1903.

History:  The county was created in 1856 and Brownwood was selected as the county seat. The first courthouse was a log cabin built in 1858. The second courthouse was built in 1876. The third courthouse was designed by Dodson & Dudley and constructed by Thomas Lowell in 1884 and burned in 1894. The fourth and present courthouse incorporated interior walls and vaults from the 1884 courthouse. 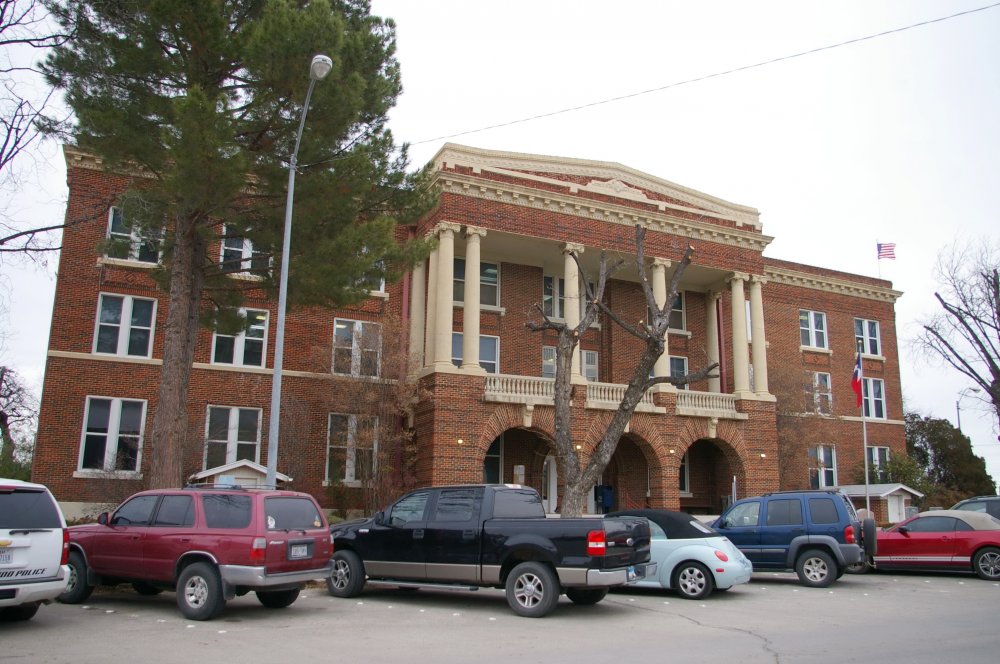 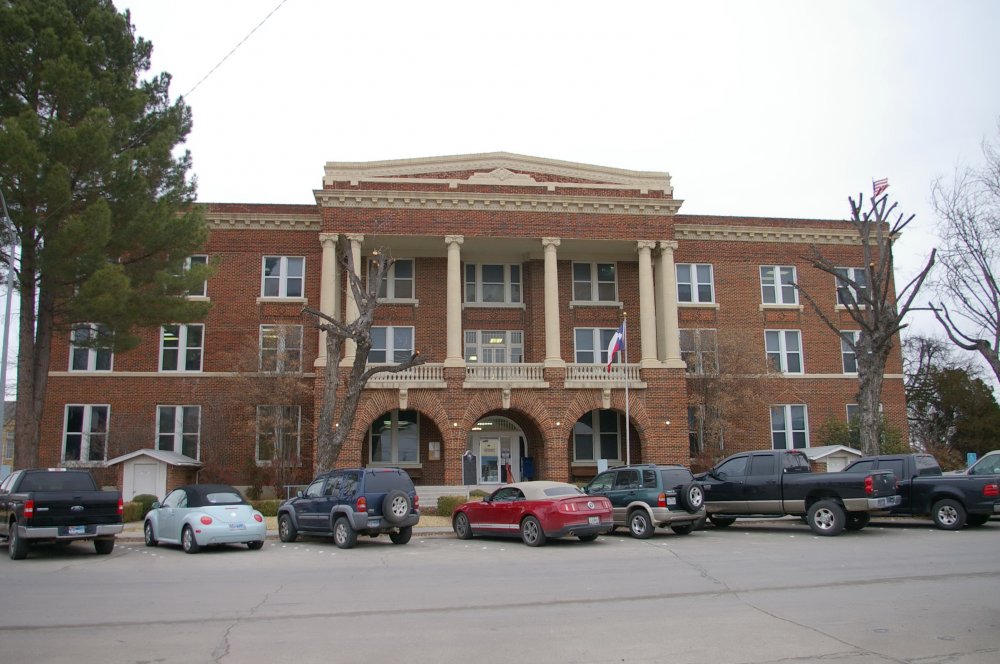 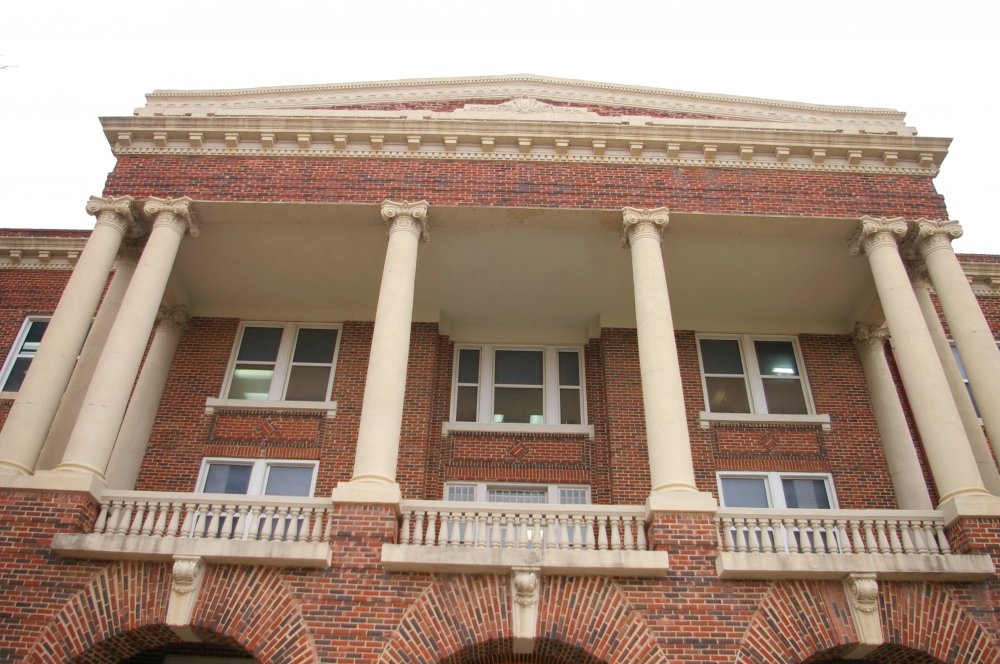 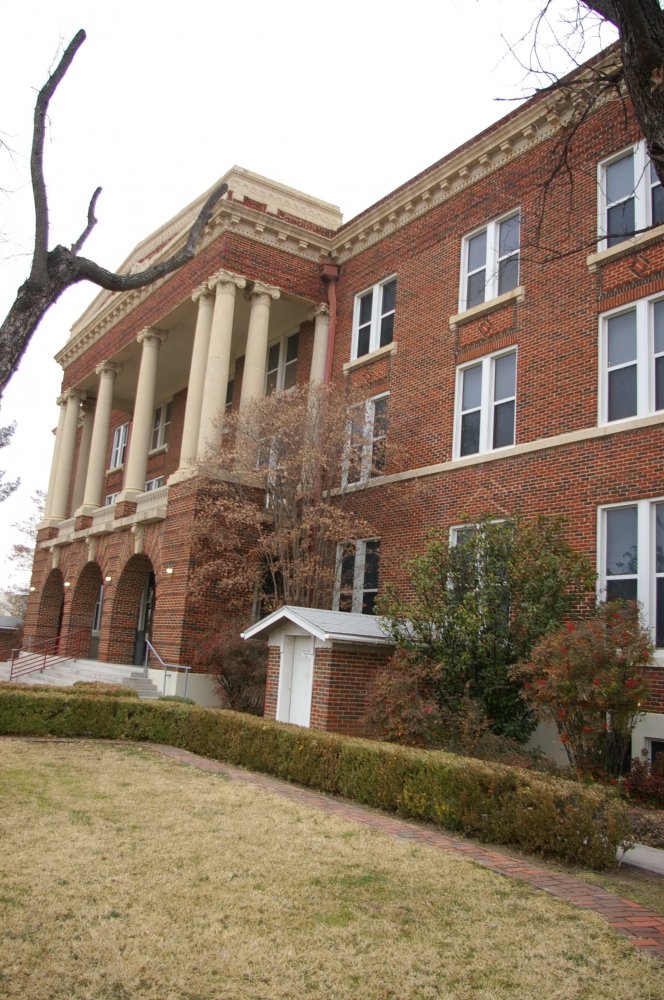 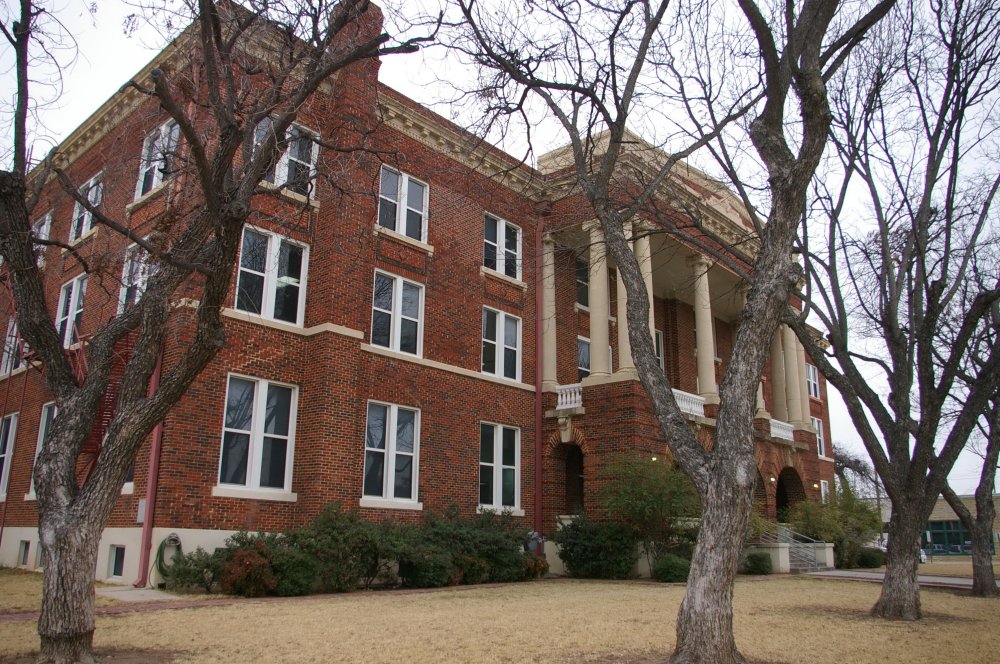 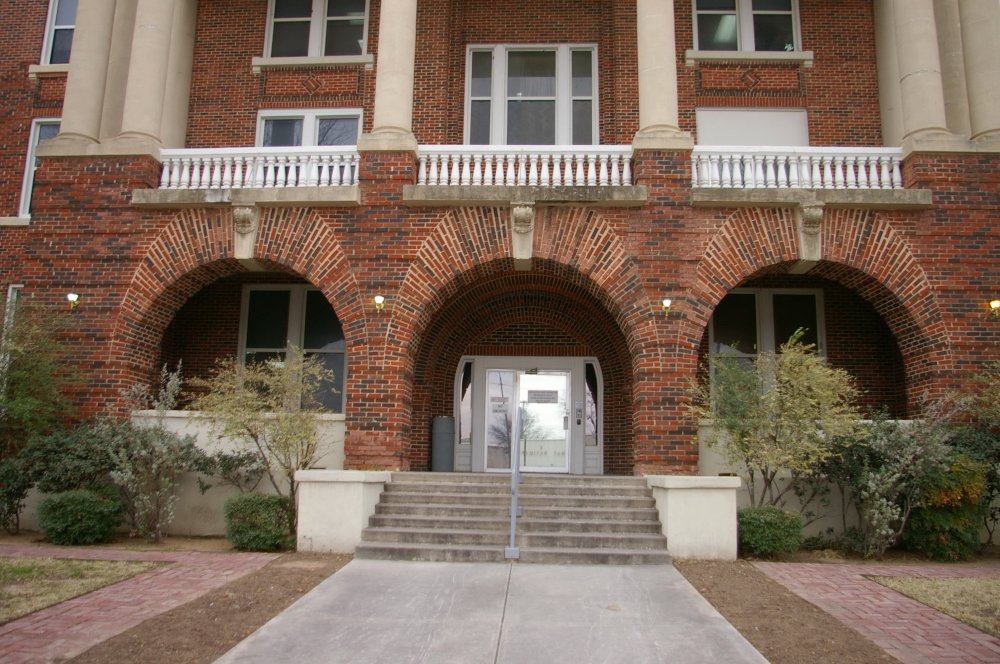