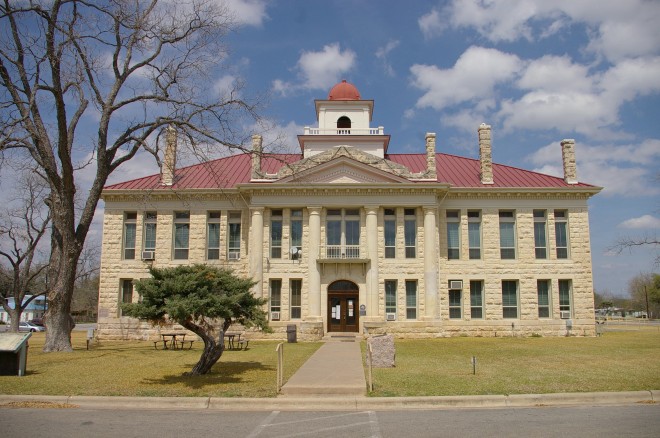 Description:  The building faces south and is a two story course buff colored limestone  and concrete structure. The building is located on spacious landscaped grounds in the center of Johnson City. The south front has a projecting center section with four large columns rising to a wide pediment at the roof line. The roof is red colored tile. On the center of the roof is a tiered square cupola with domed red colored roof. In the interior, the courtroom is located on the second story. The building houses the State District Court, Constitutional County Court and Justice Court. An addition was added in 1983. 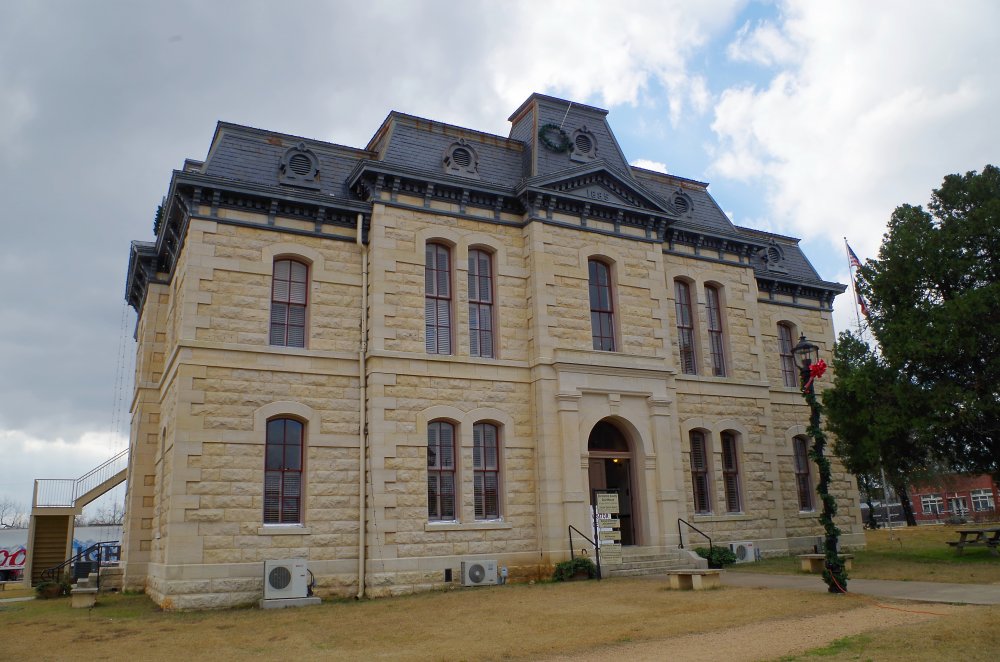 Description:  The building faces north and is a two story course buff colored limestone structure. The building is located on landscaped grounds in the center of Blanco. On the north front, the center section projects slightly and has a stone framed entrance on the first story. The east and west wings are recessed. The windows are arched and the building has a black colored mansard roof. The former courtroom is located on the second story. 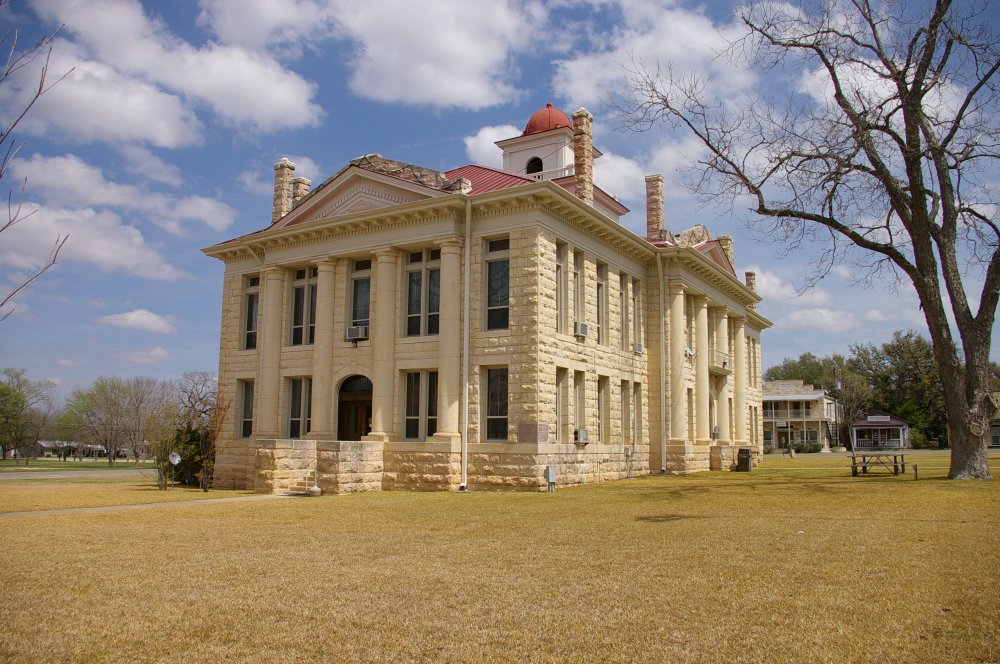 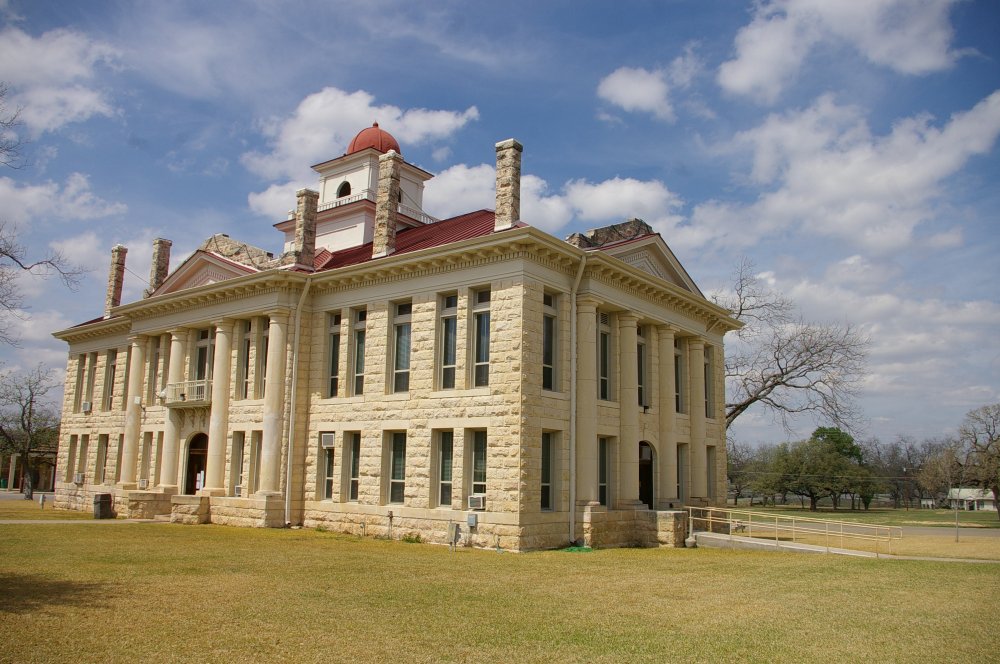 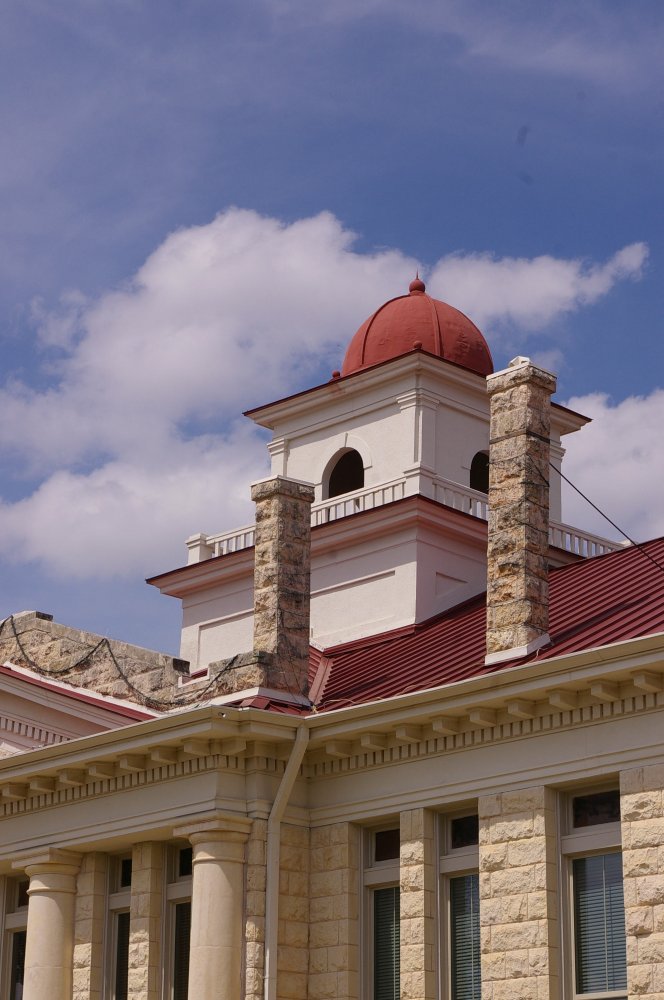 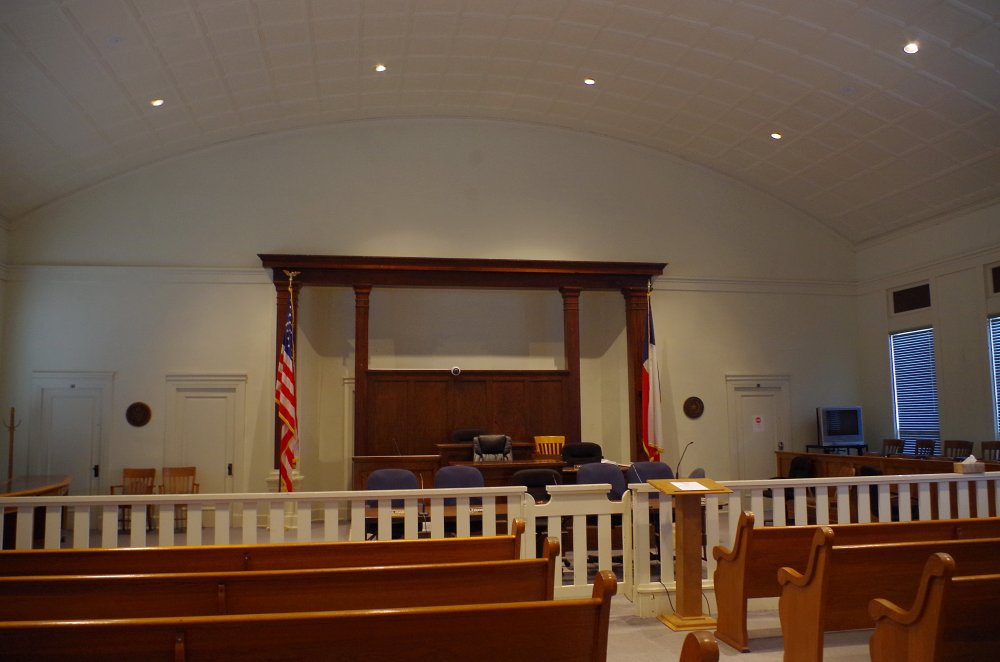 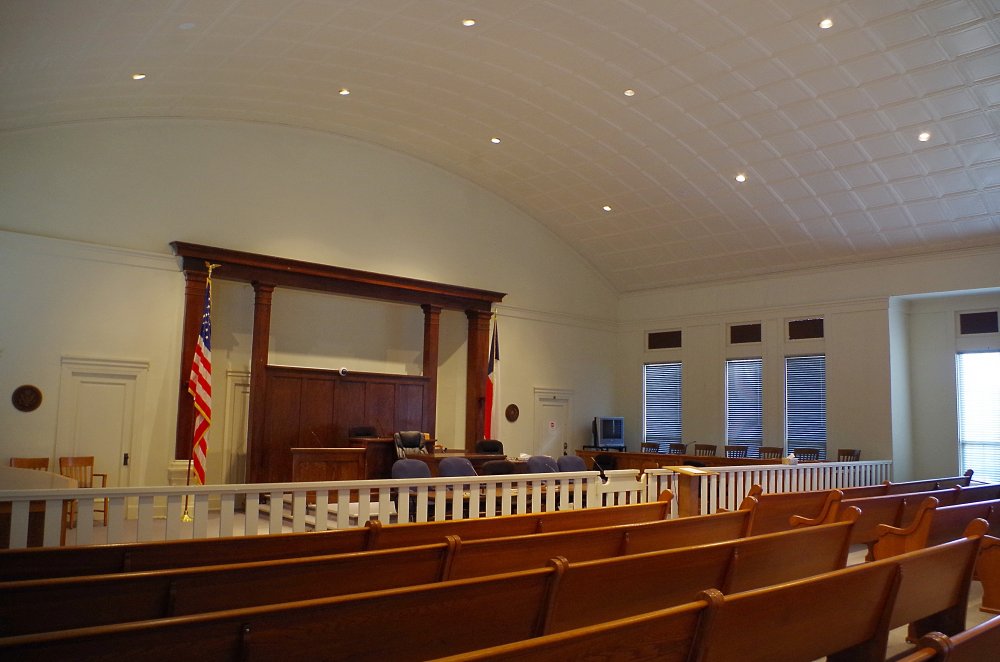 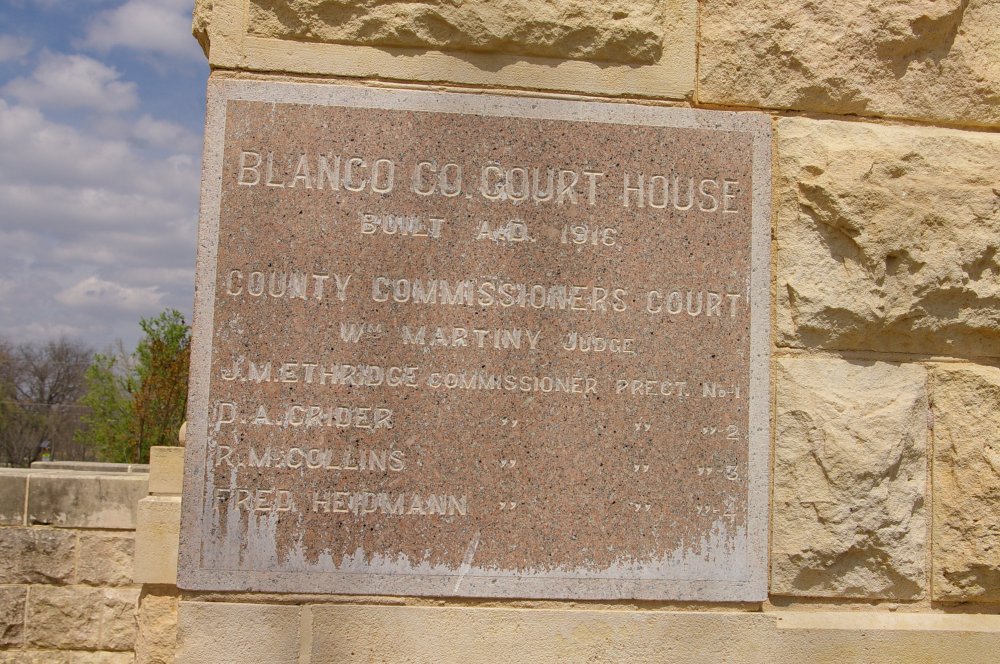 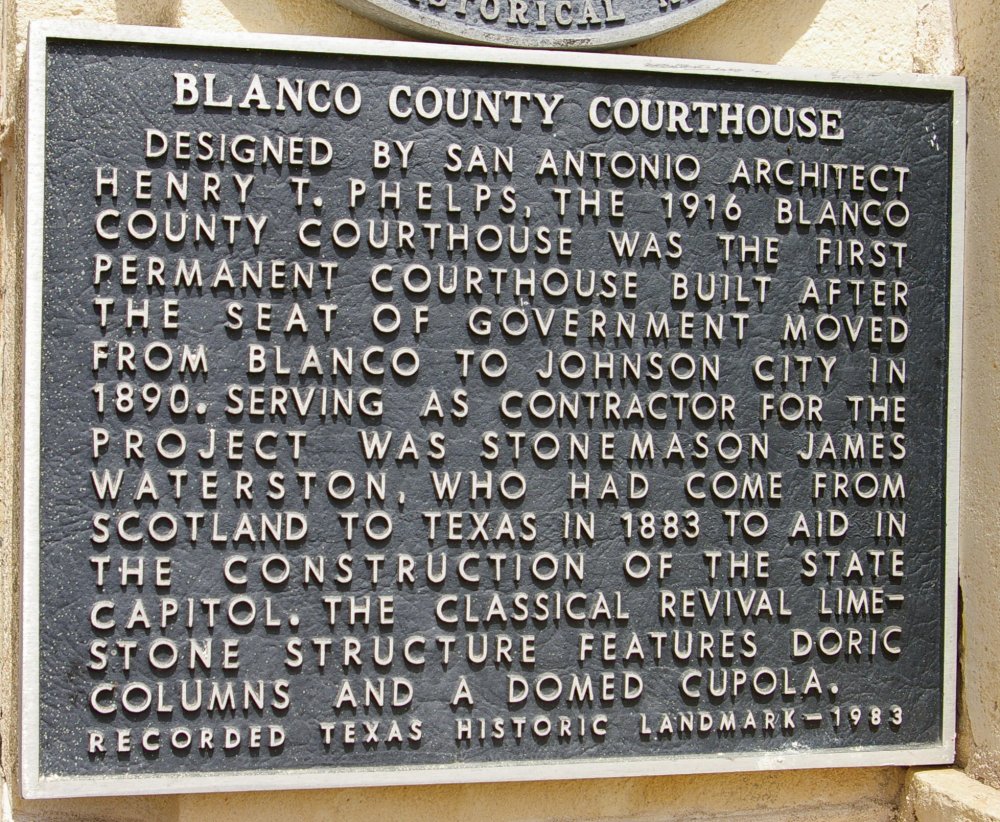 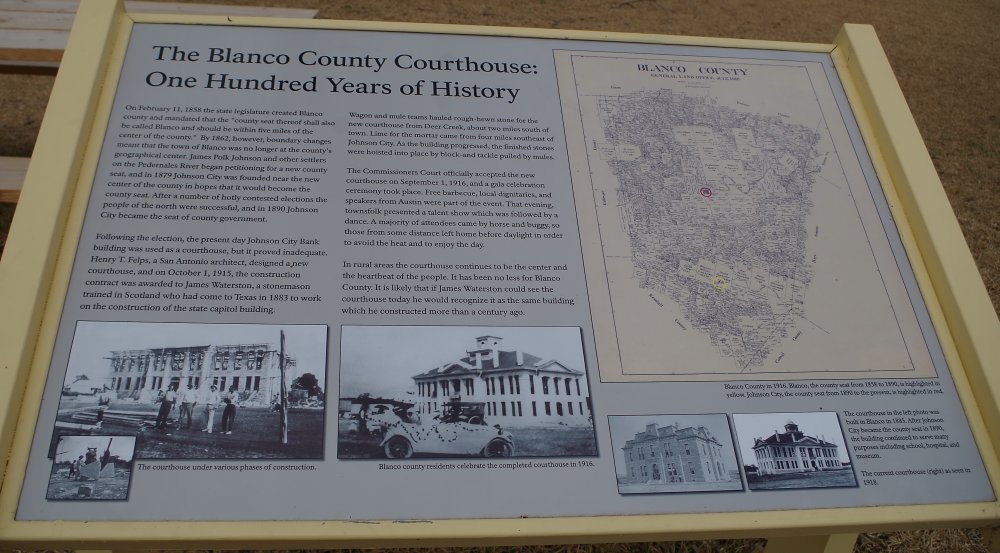 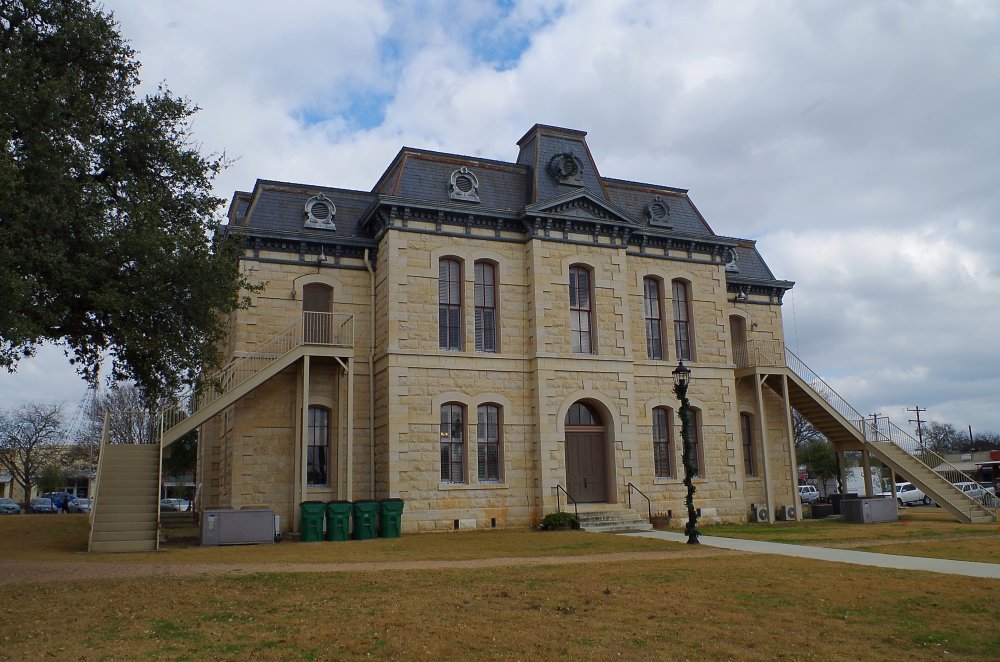 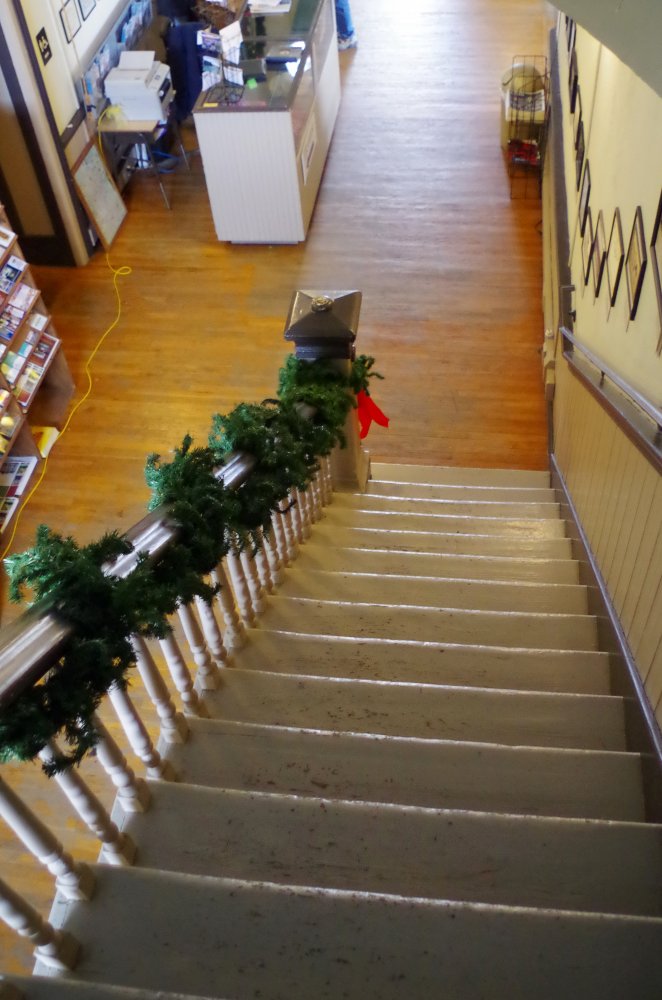 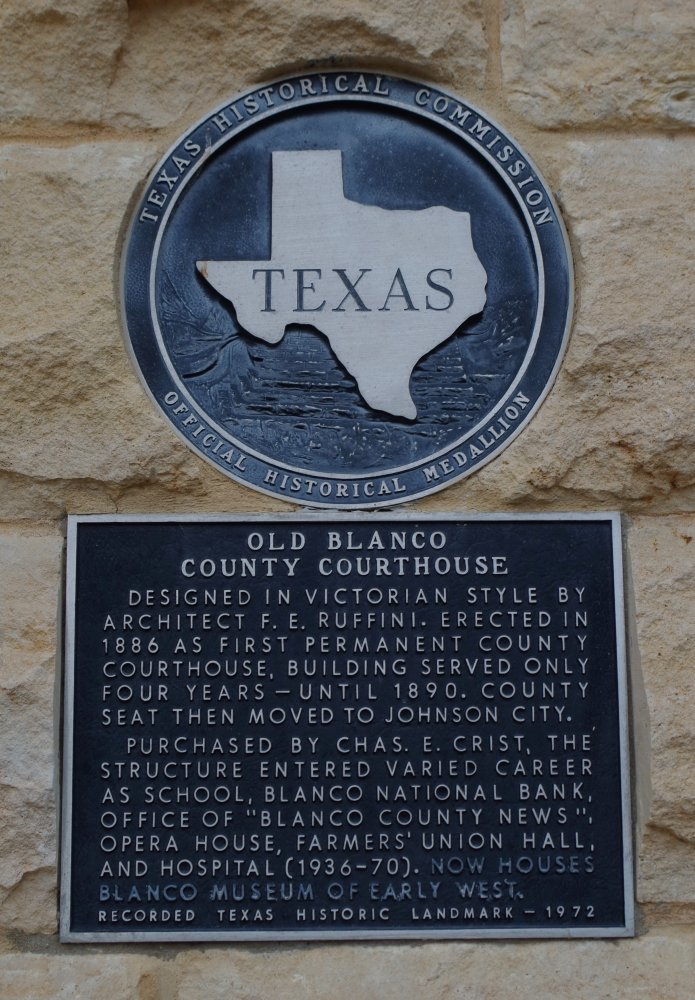