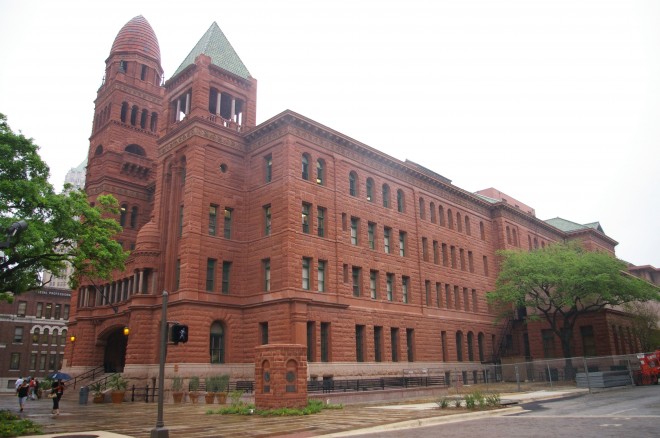 Bexar County is named for San Antonio de Bejar, the capital of Mexican Texas which was named for St. Anthony and the Duke of Bejar, who was the brother of the Spanish viceroy and who had died in 1686 defending Budapest from the Ottoman Empire.

Description:  The building faces north and is a four story red colored sandstone and Native Texas granite structure. The building is located on landscaped grounds in the center of the city. The north front has an arched entrance on the first story. On the second story is a colonnaded porch with a rounded short tower on either side. On the northwest corner is a square tower with open top and steep green colored roof. On the northeast corner is a square tower with an octagonal top and conical dome of red colored  sandstone. The base of the building is course white colored stone. Between 1914 to 1915, a five-story addition was built onto the south side entrance. The architect was Leo M J Dielmann and Chalres T Boelhauwe and the contractor was H N Jones Construction Company. In 1926 to 1928, the building was renovated. Additions were constructed in 1963 and 1972. The architect was Edward R. Gondeck. The exterior was restored in 2003 and 2015. The architect was Almo Architect and the contractor was Joeris General Contractor. 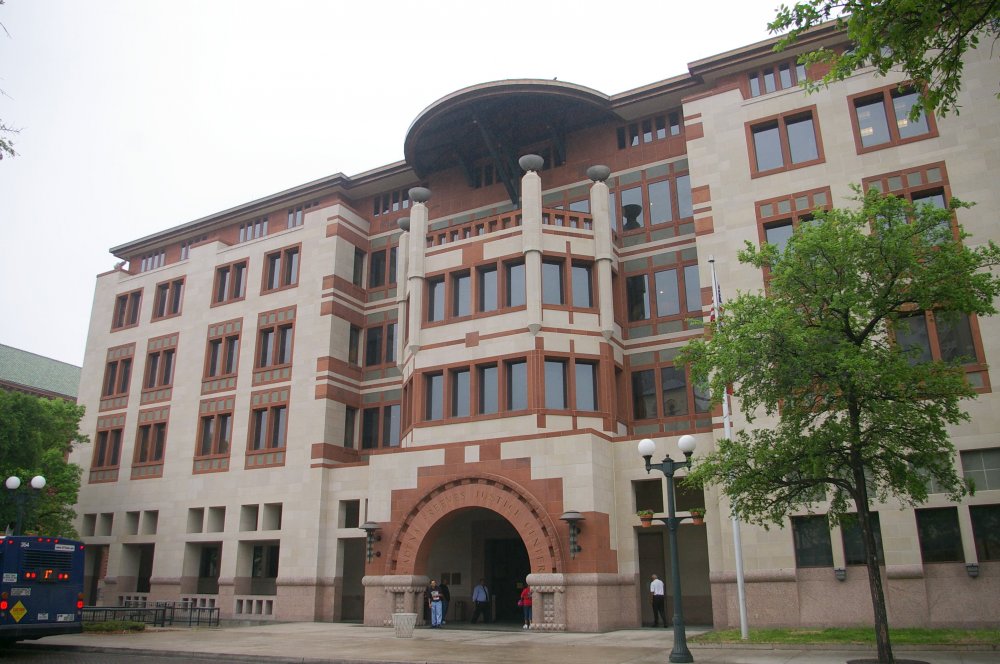 Description:  The building faces north and is a five story concrete and glass structure. The building is located in the center of the city on the west side of the courthouse. The north front has a projecting center section with large arch on the first story. The section rises to a balcony on the fourth story. There is a circular overhang above at the roof line.  The fifth story is recessed. The roof line is flat. The building houses the Fourth Court of Appeals. 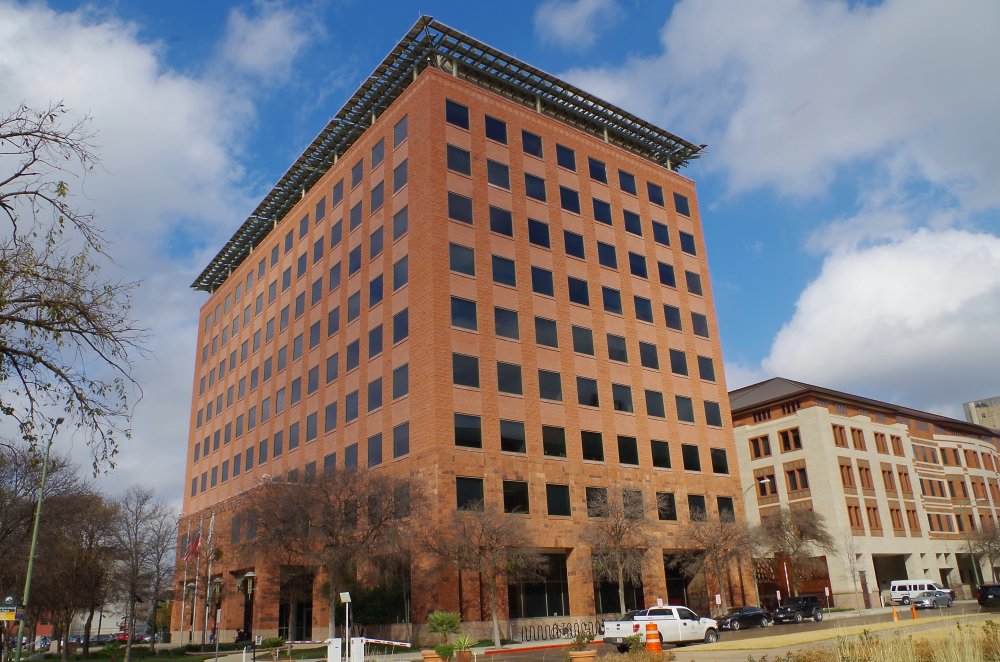 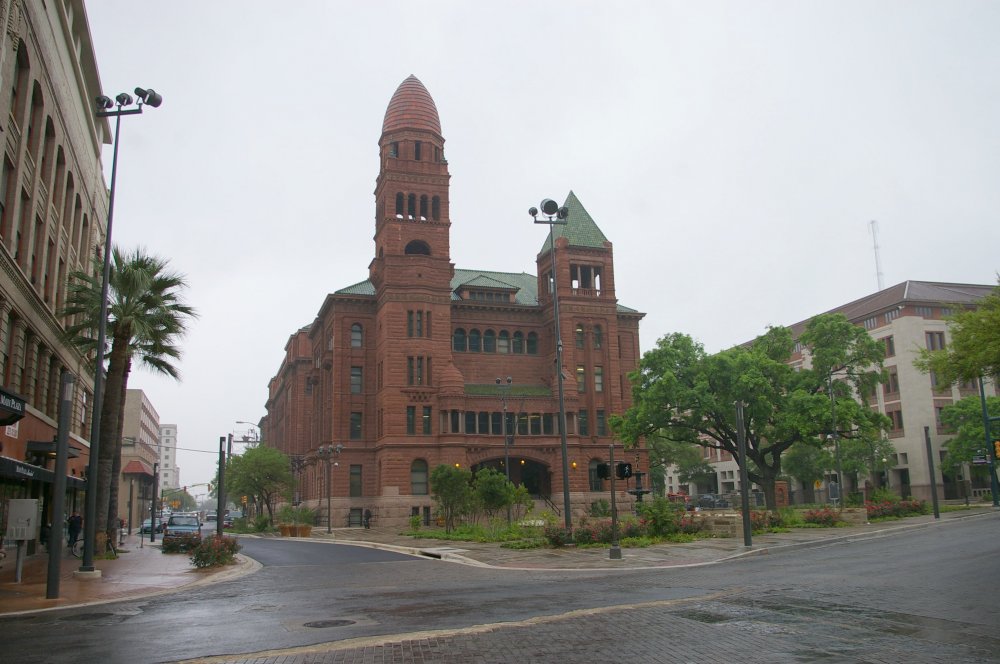 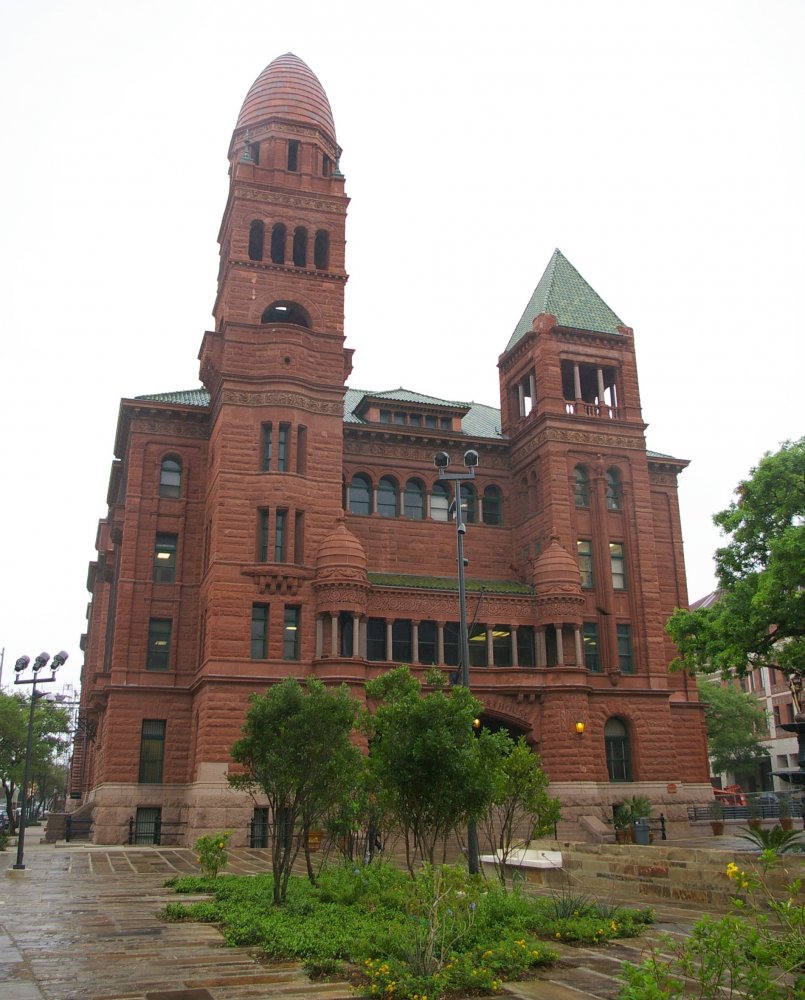 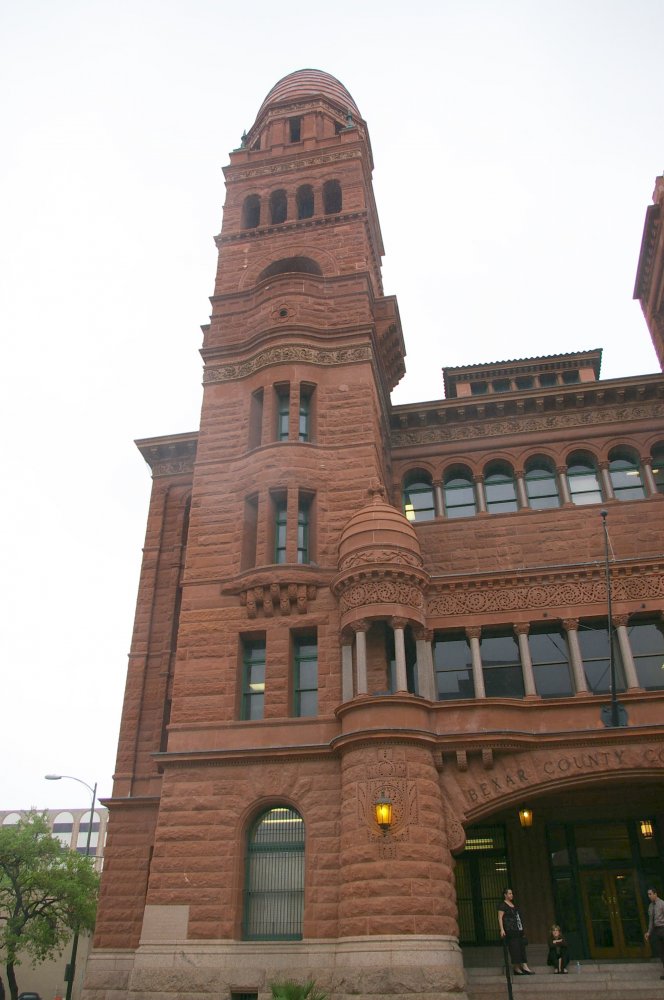 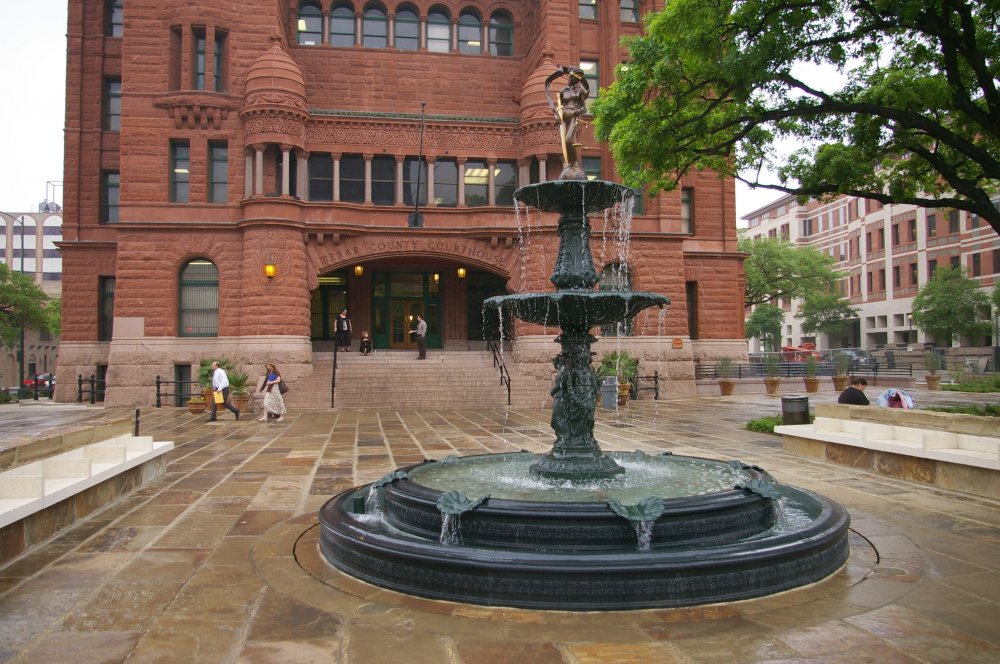 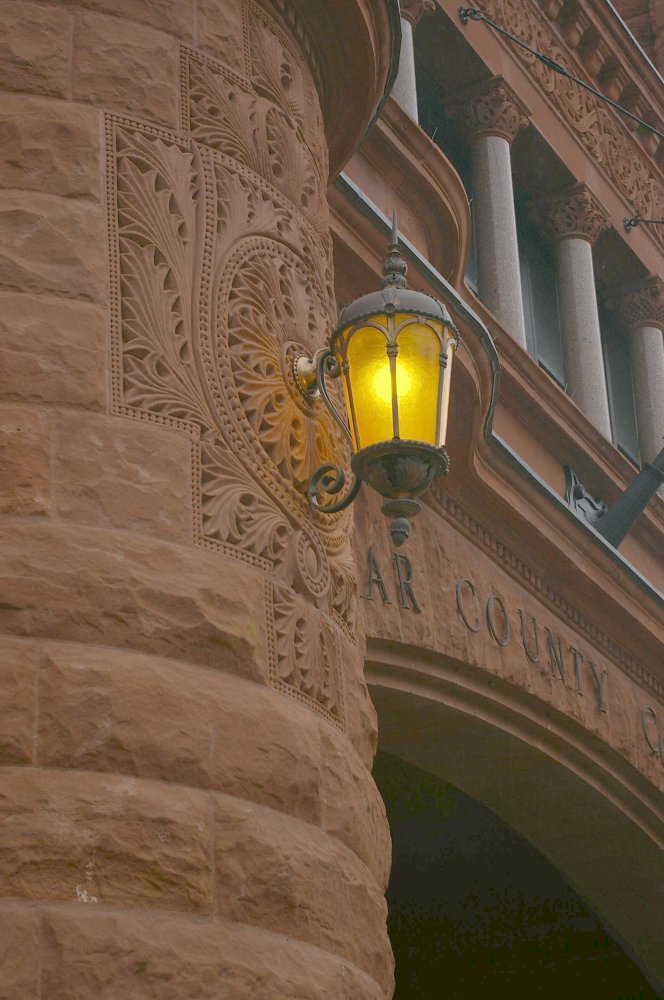