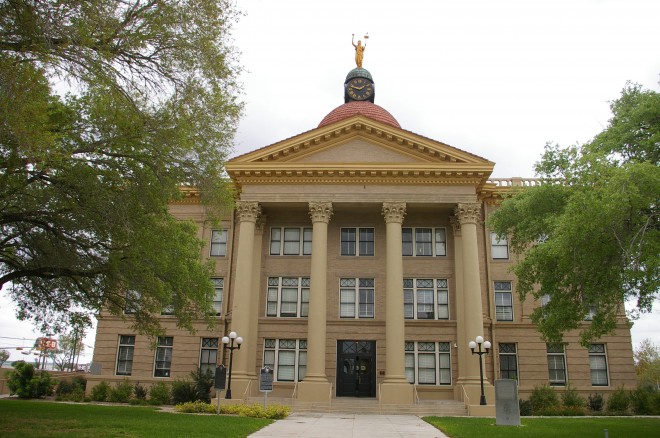 Bee County is named for Barnard E Bee, who was a secretary of state of the Republic of Texas.

Description:  The building faces north and is a three story buff colored brick and concrete structure. The building is located on landscaped grounds of the Courthouse Square  in the center of Beeville. The north front has a large portico supported by for large Corinthian columns rising to a large pediment at the roof line. A balustrade runs along the roof line. On the center of the roof is a large red “bee hive” dome with a clock and the Lady of Justice at the top. There are Chicago style windows of a glass pane flanked by two narrow panes. In the interior, the courtrooms are located on the east and west sides of the second story and extend into the third story with balconies. The building houses the State District Court, Constitutional County Court and Justice Court. The building was renovated in 1949. The architect was Robert Beasly.

Note:  The Lady of Justice atop the bee hive dome is depicted as not being blind. 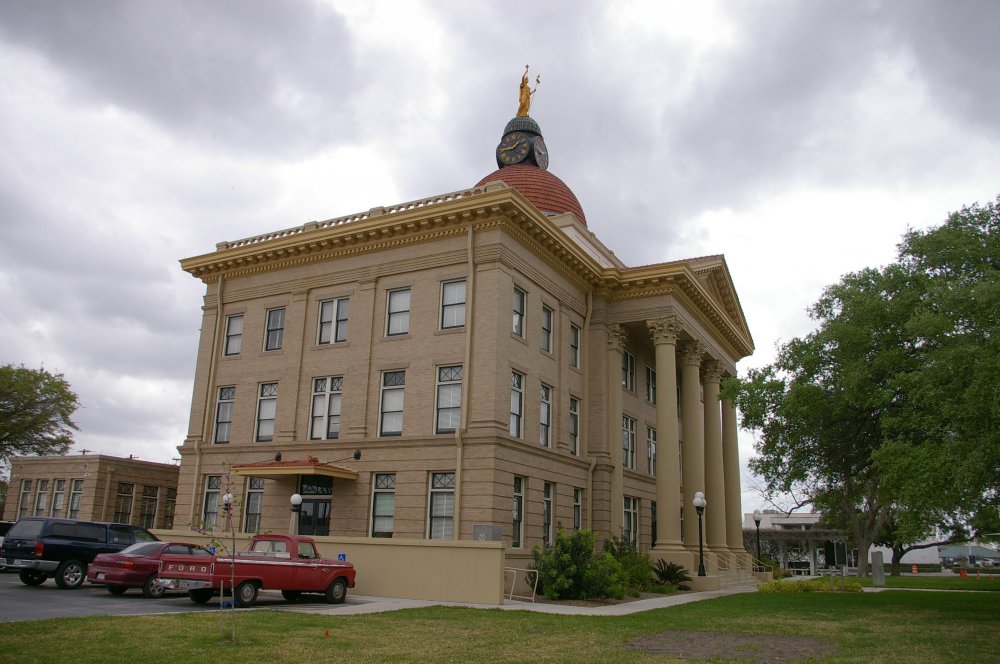 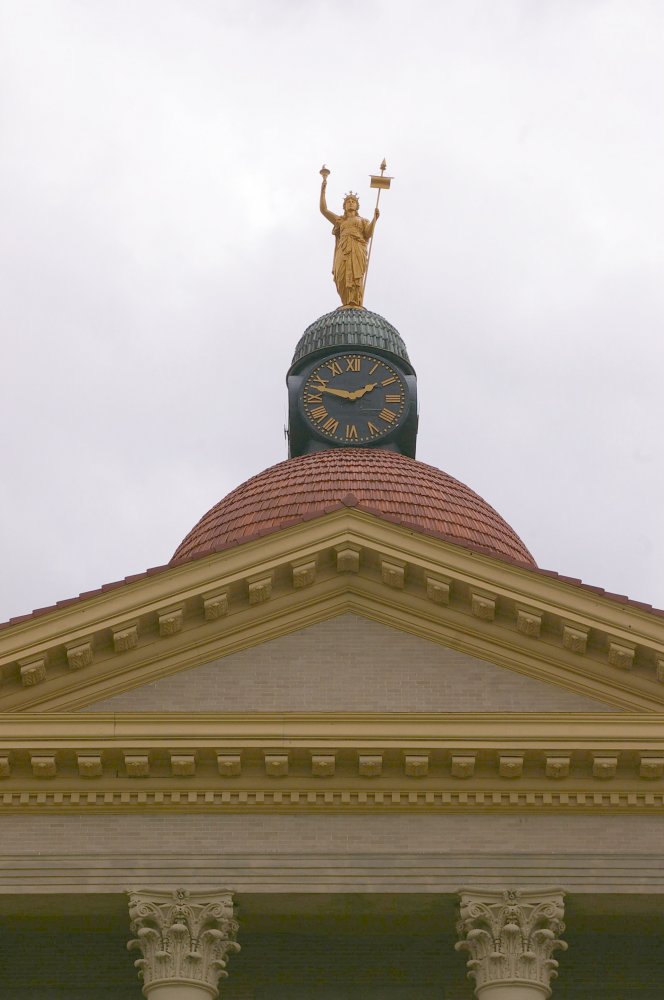 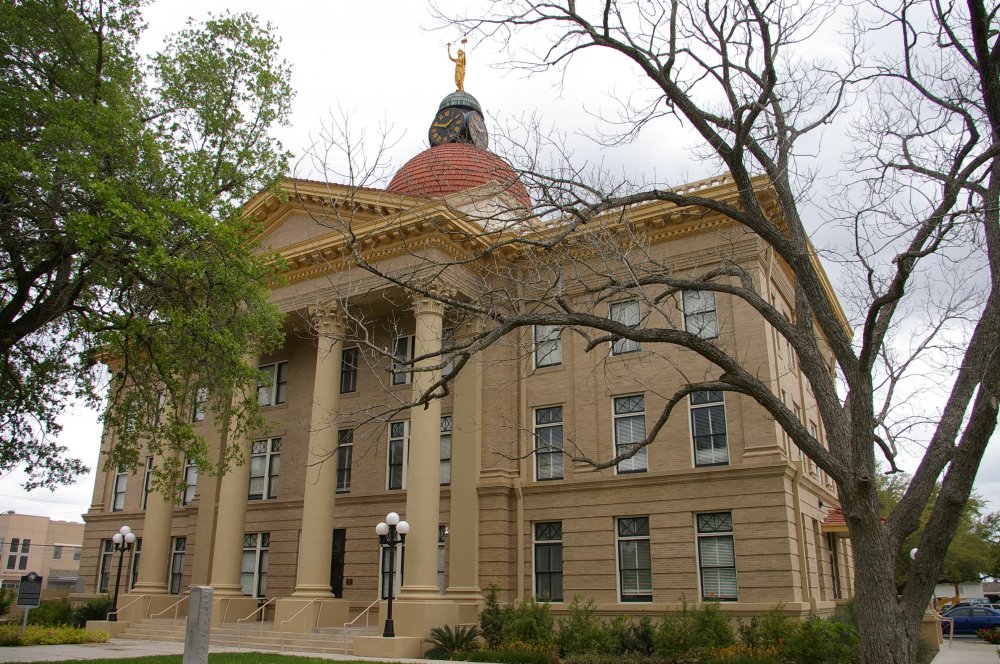 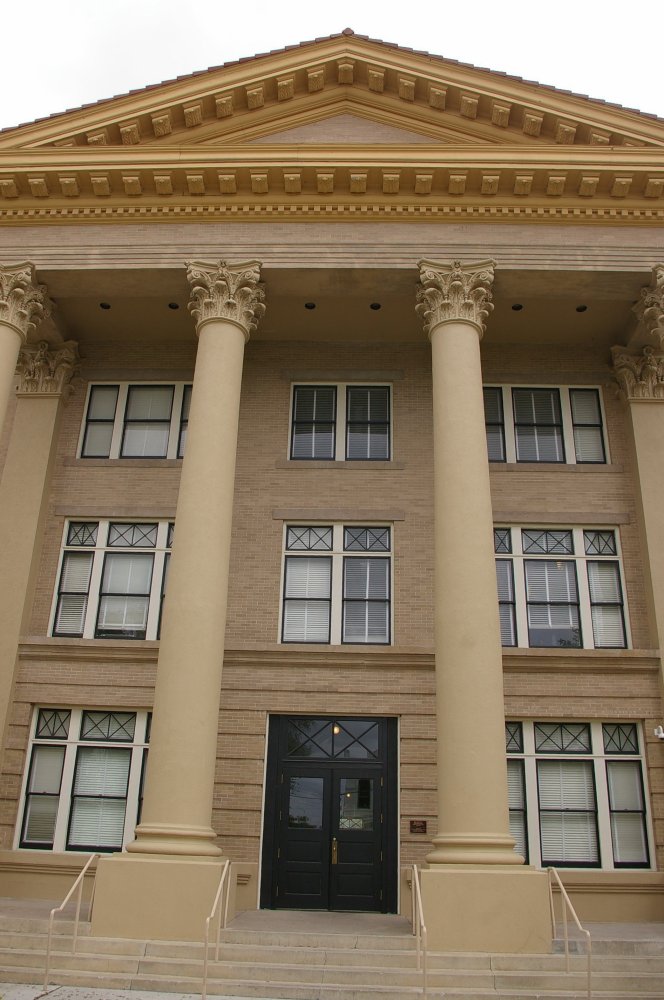 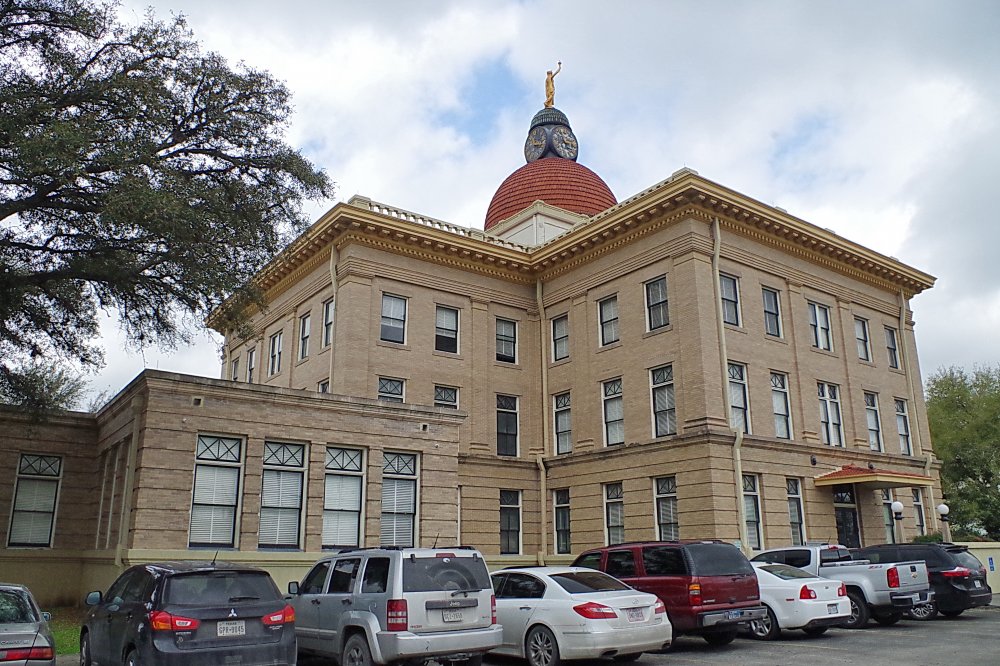 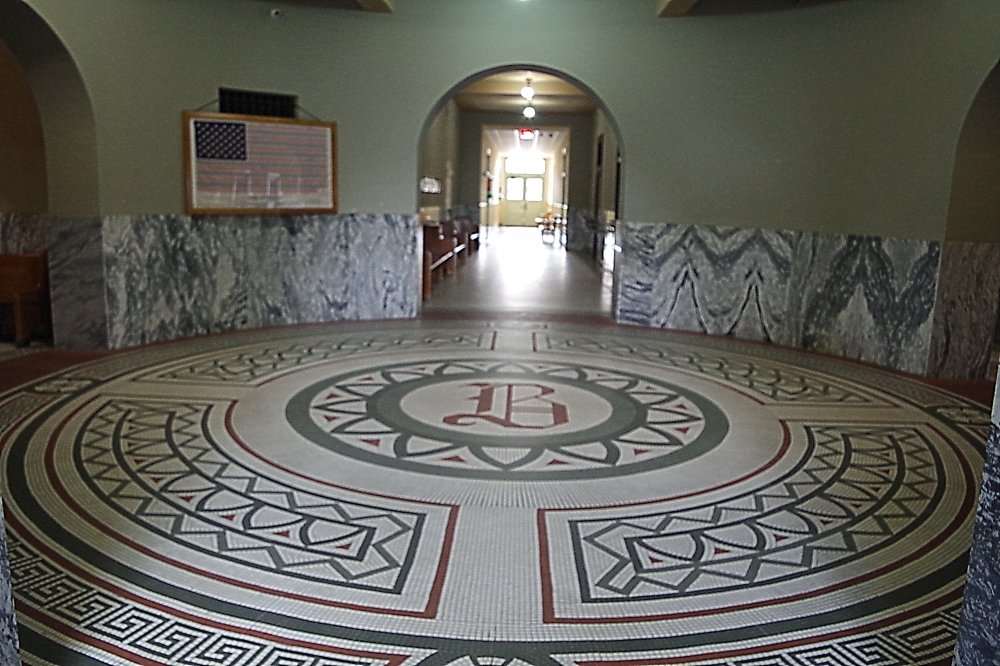 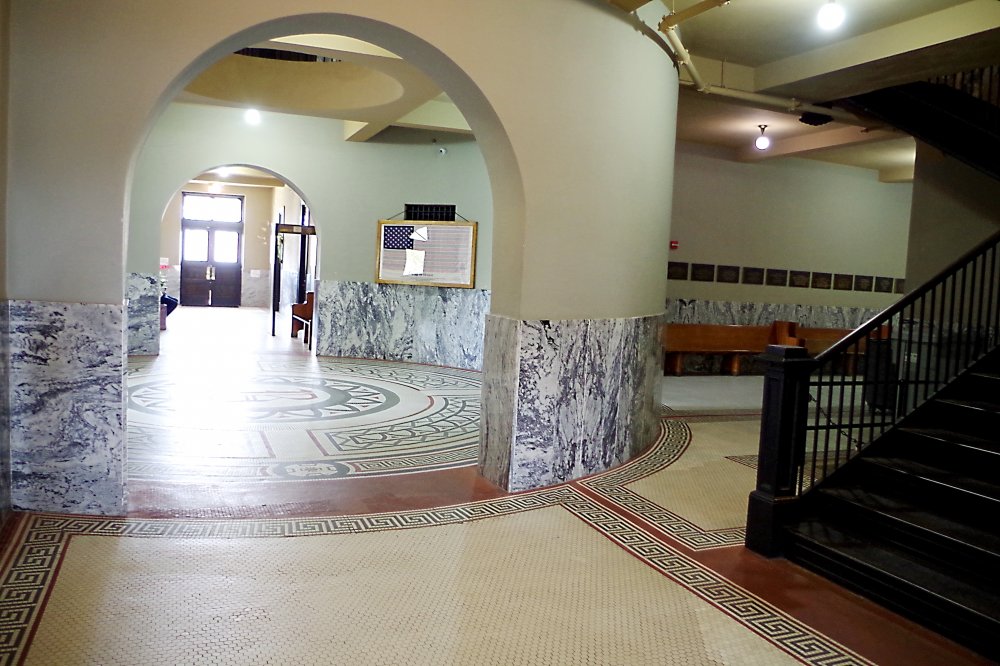 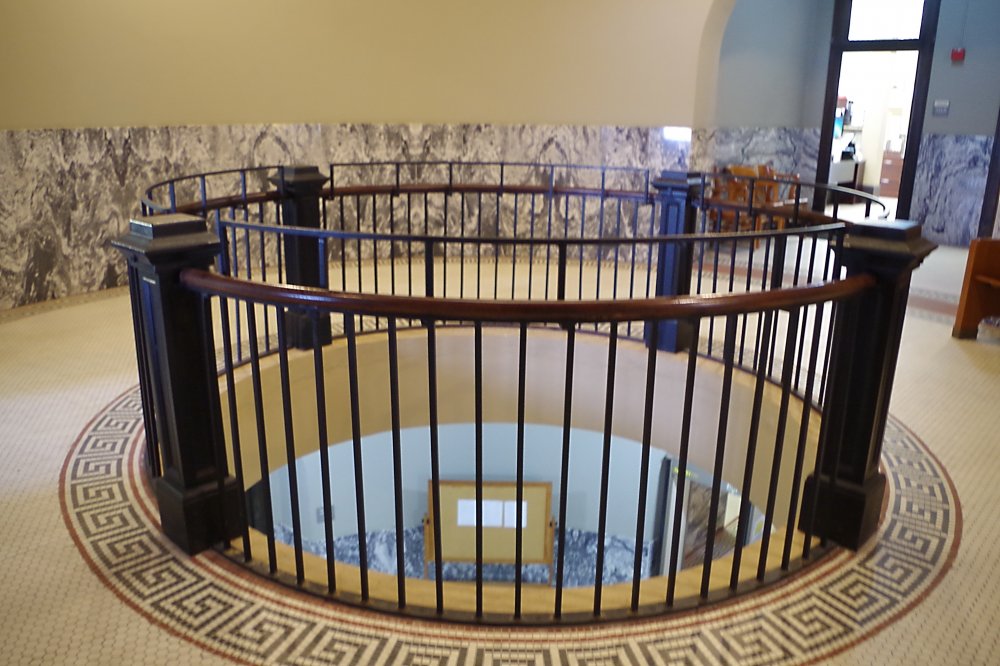 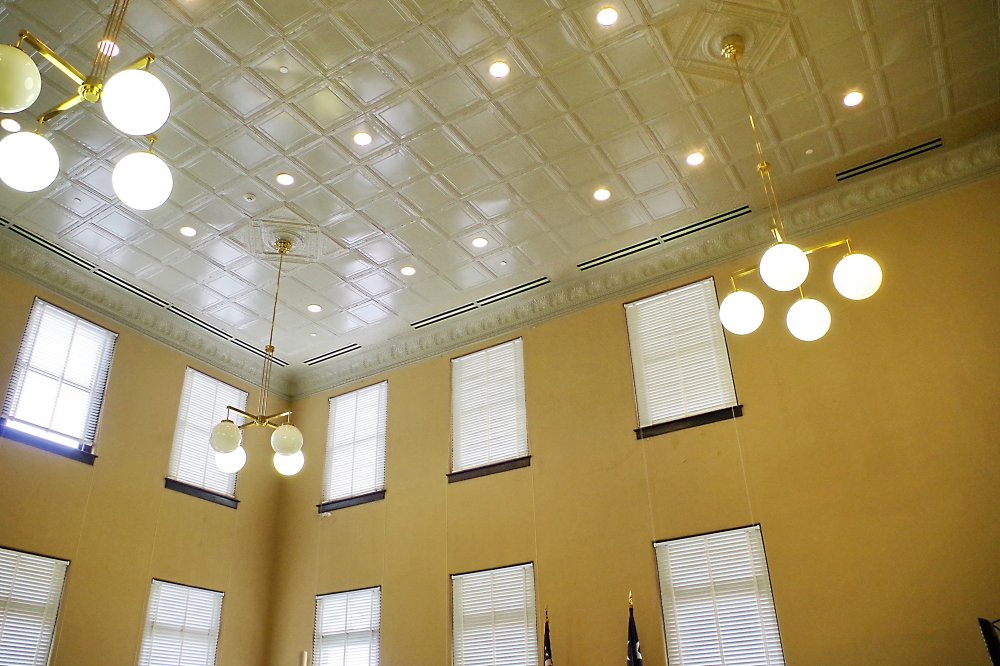