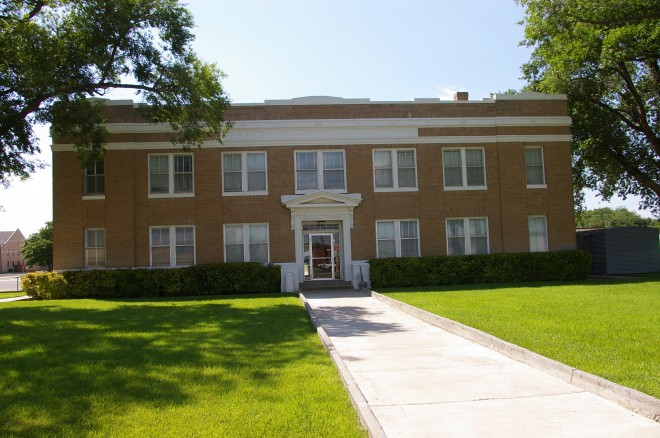 Description:  The building faces east and is a two story buff colored brick and concrete structure. The rectangular shaped building is located on landscaped grounds in the center of Muleshoe. The east front of the building and the north and south sides, have a small white colored stone porticos. White colored stone trim is above the second story windows and along the flat roof line. The courtroom is located on the north side of the second story. The building houses the State District Court and Constitutional County Court. The architect was M C Butler of The Butler Company and the contractor was W M Rice Construction Company of Dallas. On the west side is the one story County Jail and Law Enforcement center constructed in 1969. The architect was Bill W Cantrell and the contractor was E D Lampe of Lubbock. 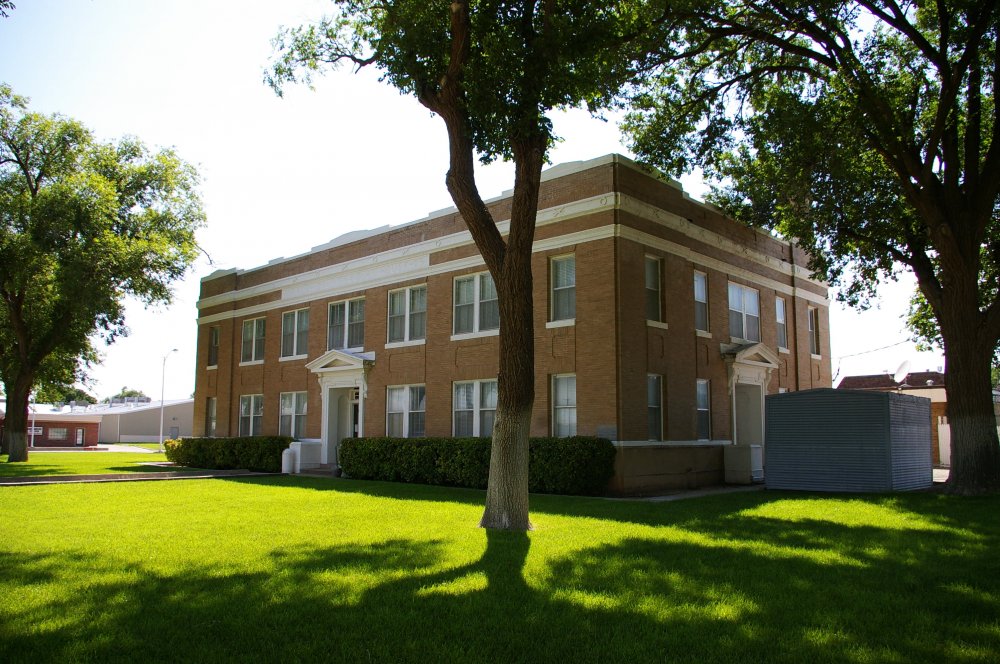 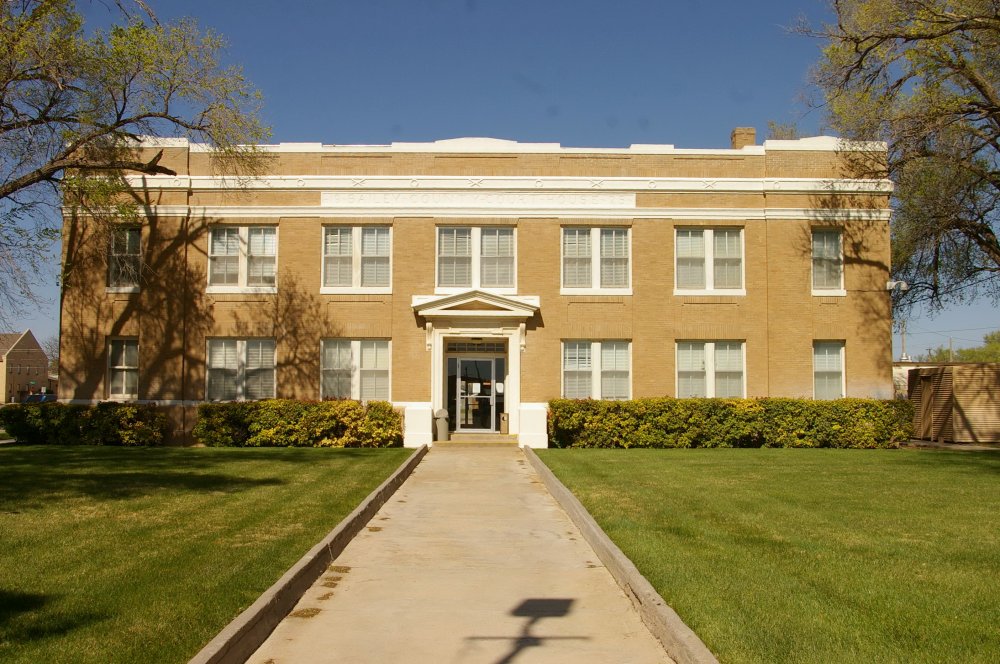 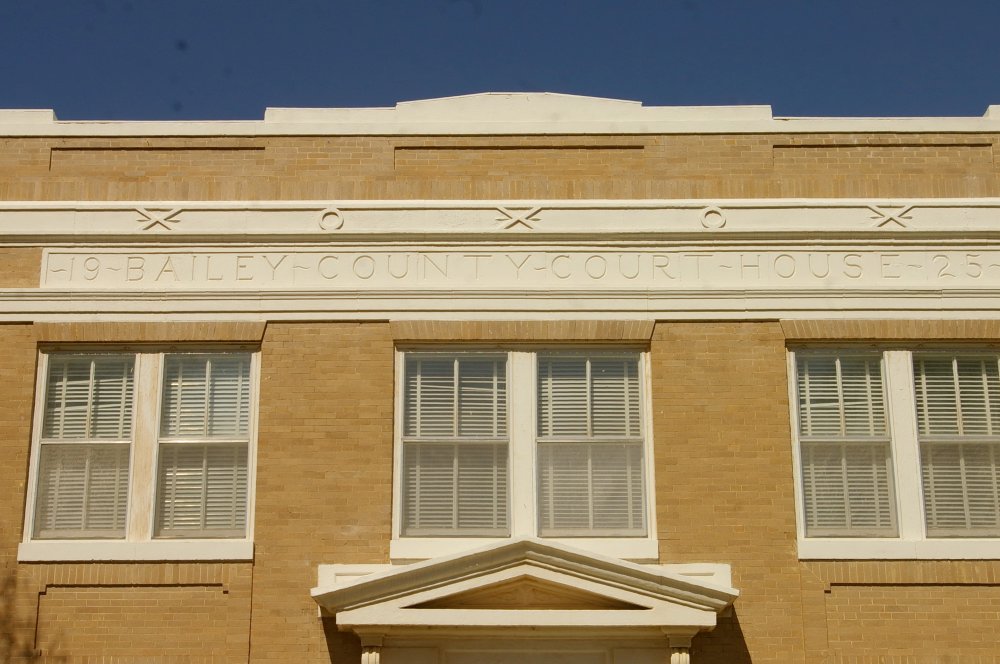 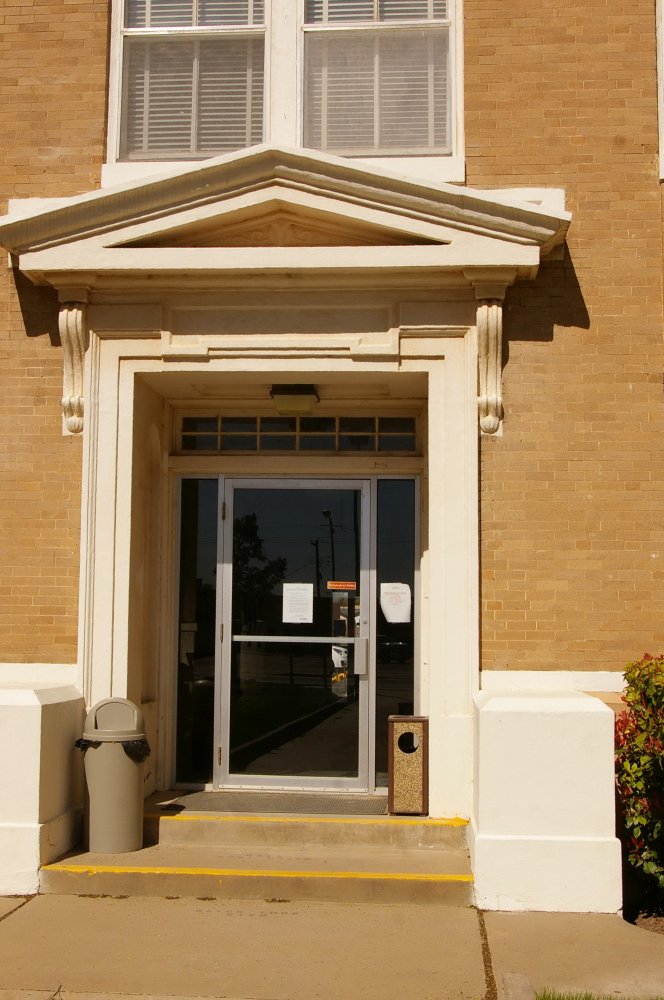 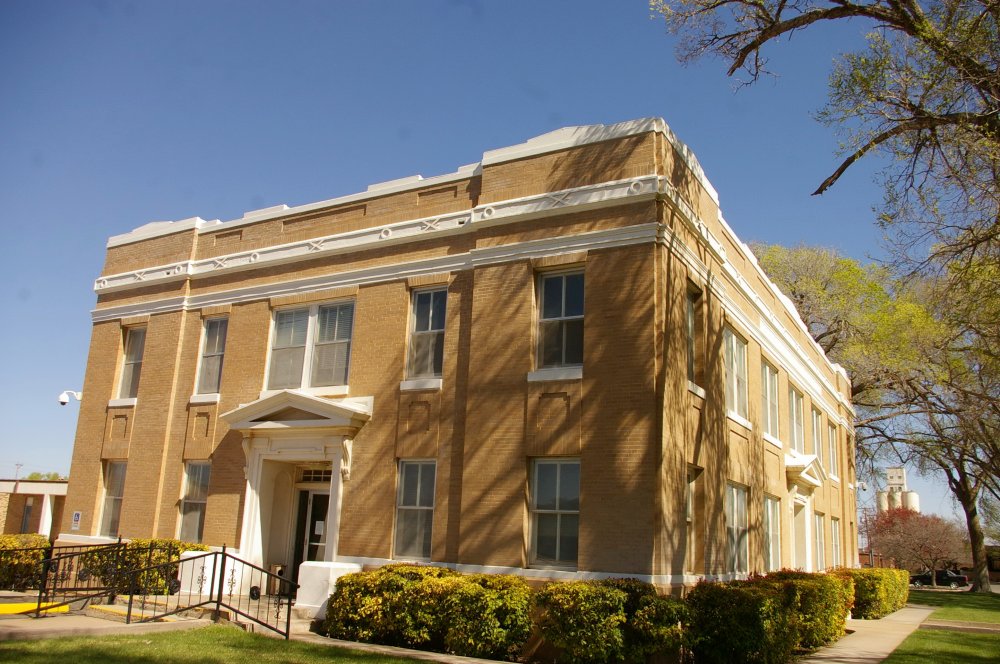 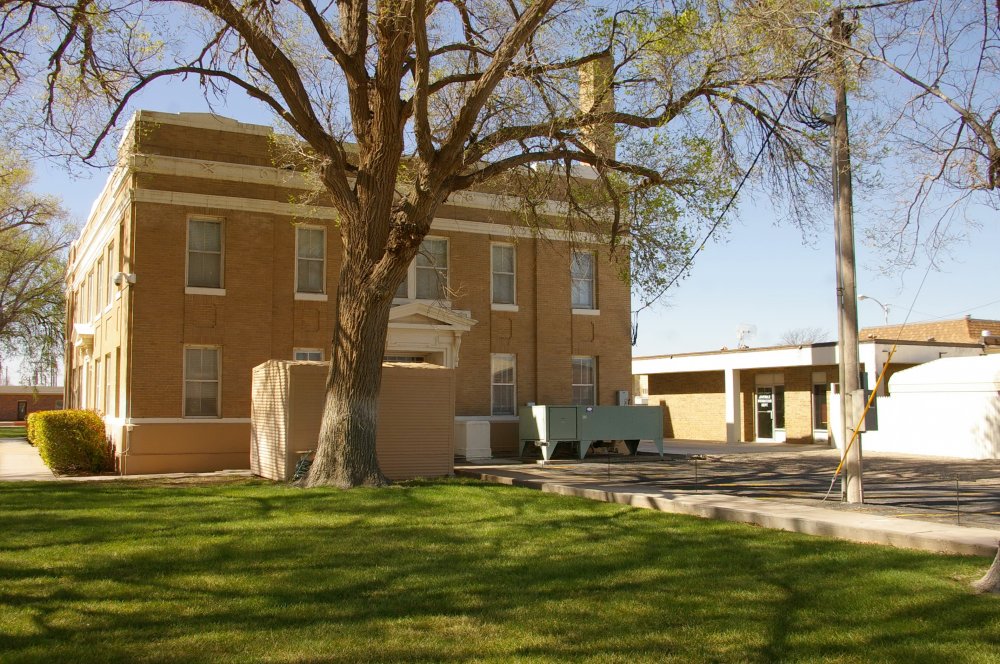 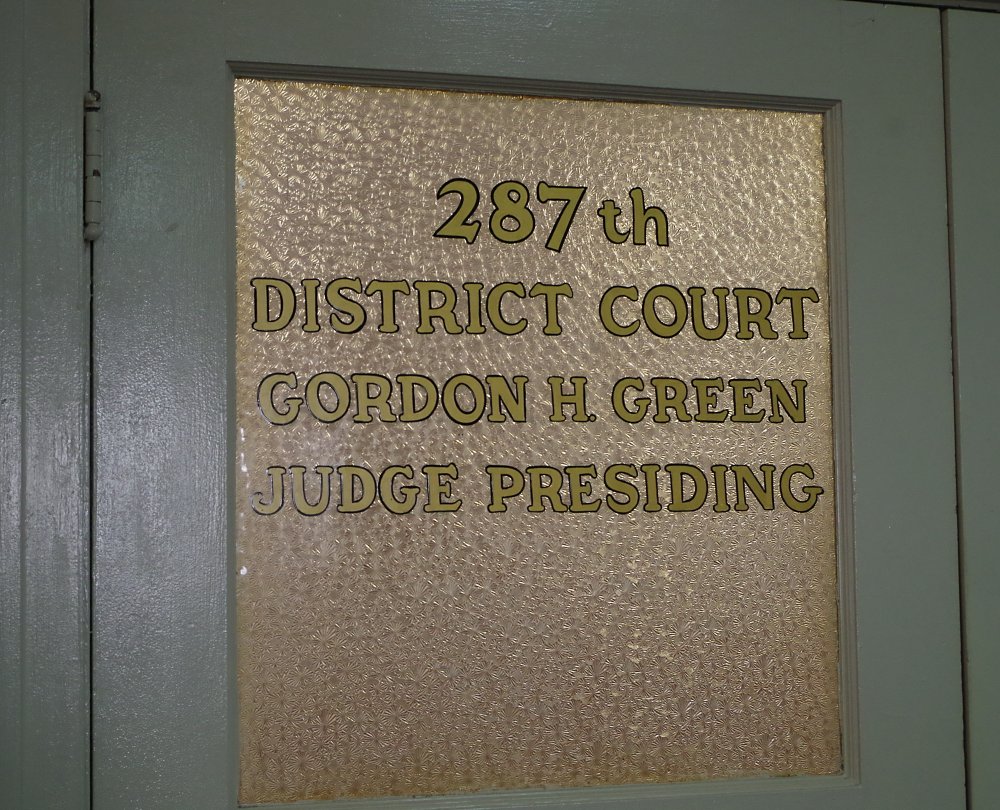 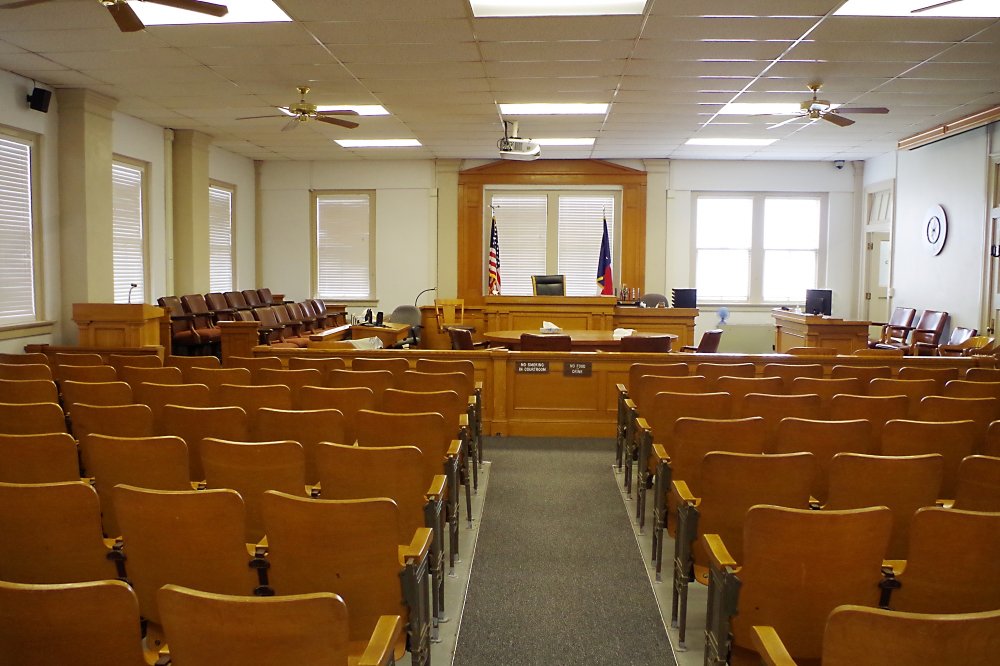 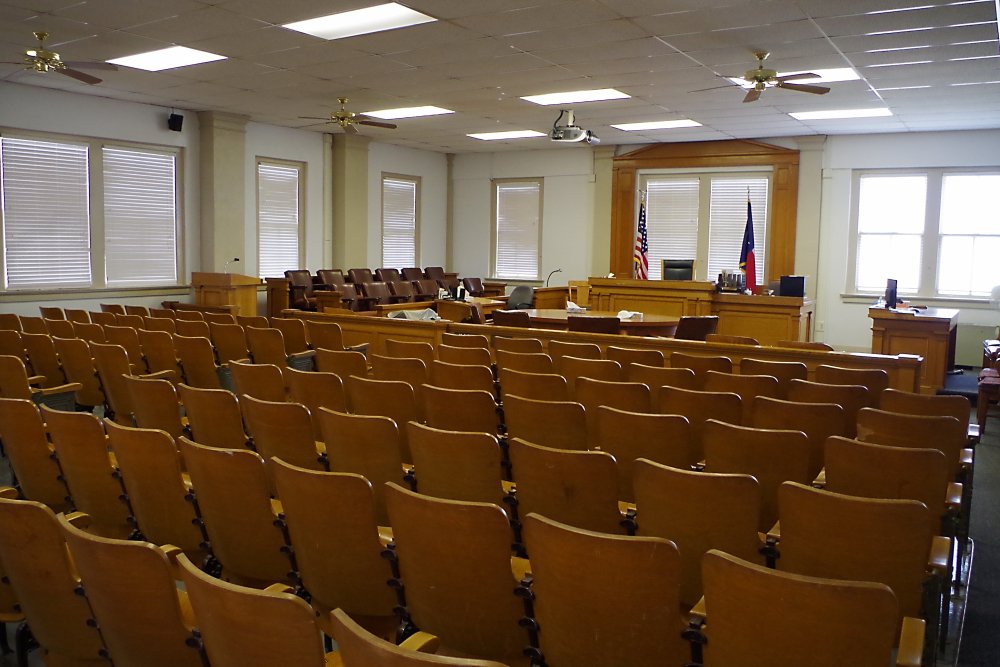