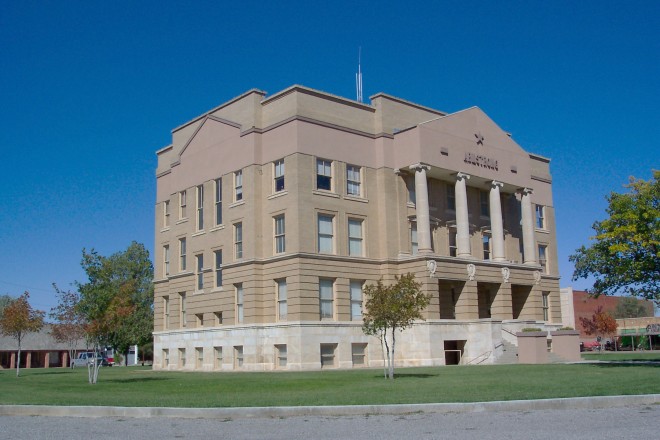 Armstrong County is named for several early pioneers having the surname of Armstrong. 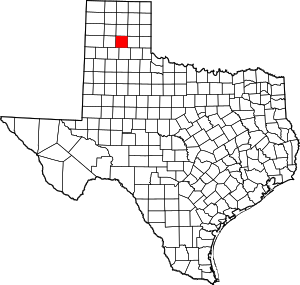 Description:  The building faces northwest and is a three story square buff colored brick, stone and concrete structure. The building is located on landscaped grounds in the center of Claude. The north front has three brick square arches on the first story and four columns rising from the second to third stories. The pediment forms a solid peak. The base of the building is white colored stone. In the interior, the building has a center hall plan with central stairs ascending to the second story. The courtroom is located at the center of the north side of the second story and extends into the third story having a small balcony at the rear. The building houses the State District Court and Constitutional County Court.

History:  The county was created in 1876 and Claude was selected as the county seat. The first courthouse was a frame structure built in 1890. The second and present courthouse was constructed in 1911 to 1912 at a cost of $40,000.