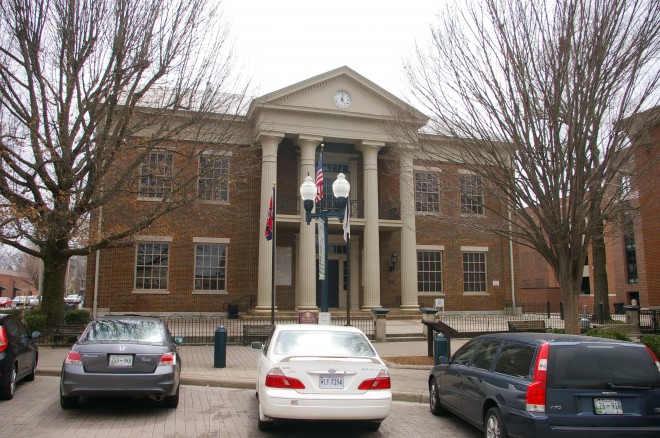 Williamson County is named for Hugh Williamson, who was a United States Representative in Congress.

Description:  The building faces north and is a two story red colored brick structure. The building is located on Courthouse Square in the center of Franklin. The north front has a high central portico with four Doric columns rising to a pediment with clock at the roof line. The four 30‐foot Doric columns are made of iron forged at the Caney Fork Furnace, in western Williamson County. There is a second story balcony. The roof is hipped. In the interior, the courtroom is located on the second story and has wood wainscoting and chandeliers. The building was renovated in 1937 and 1964. On the southeast side is a modern addition constructed in 1976. The building was renovated in 2009. 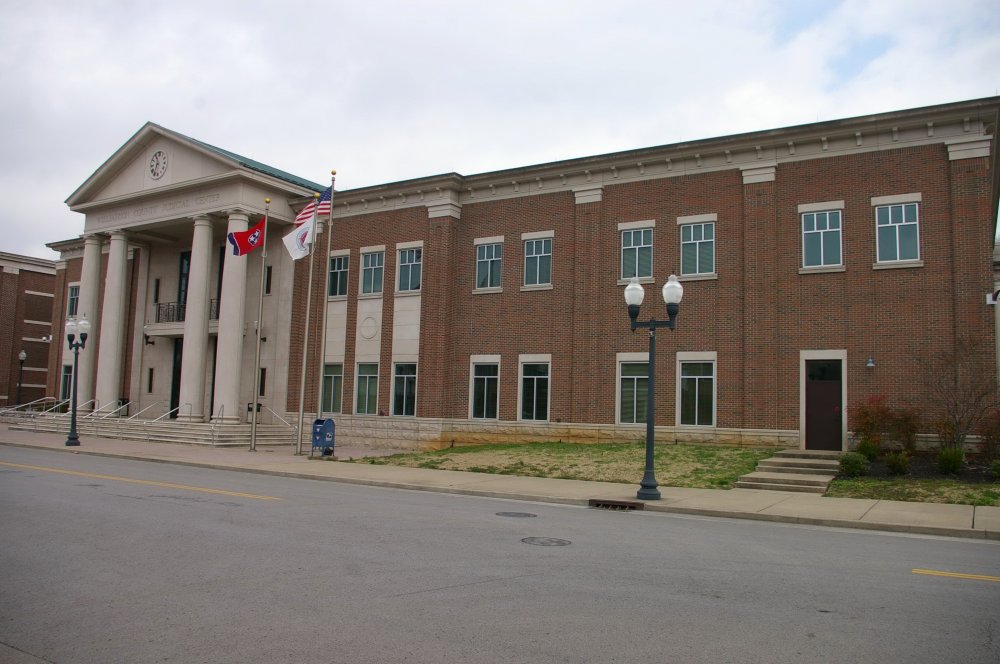 Description:  The building faces northwest and s a two story red colored brick and concrete structure. The building is located in the center of Franklin to the south of the courthouse. The southwest front has a large central portico with four columns rising to a pediment at the roof line. There is a balcony on the second story. On the southeast side is a porch with four columns. A narrow belt runs below the roof overhang. The roof line is flat. The building is connected by a second story walkway to the old courthouse on the north side. The building houses the County Circuit Court, County Chancery Court, County General Sessions Court and County Juvenile Court of the 21st Judicial District. 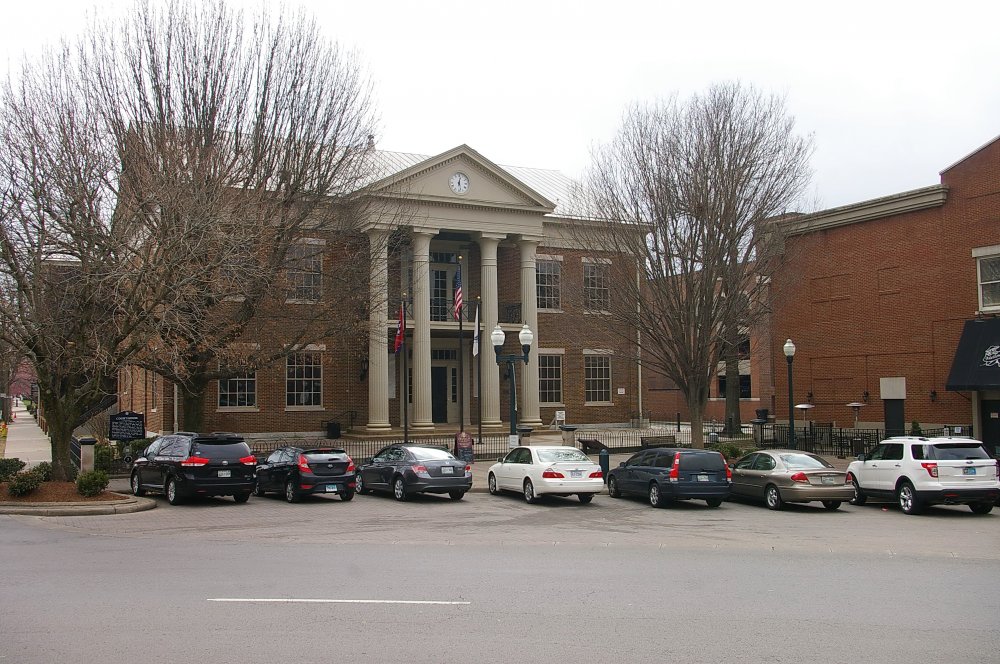 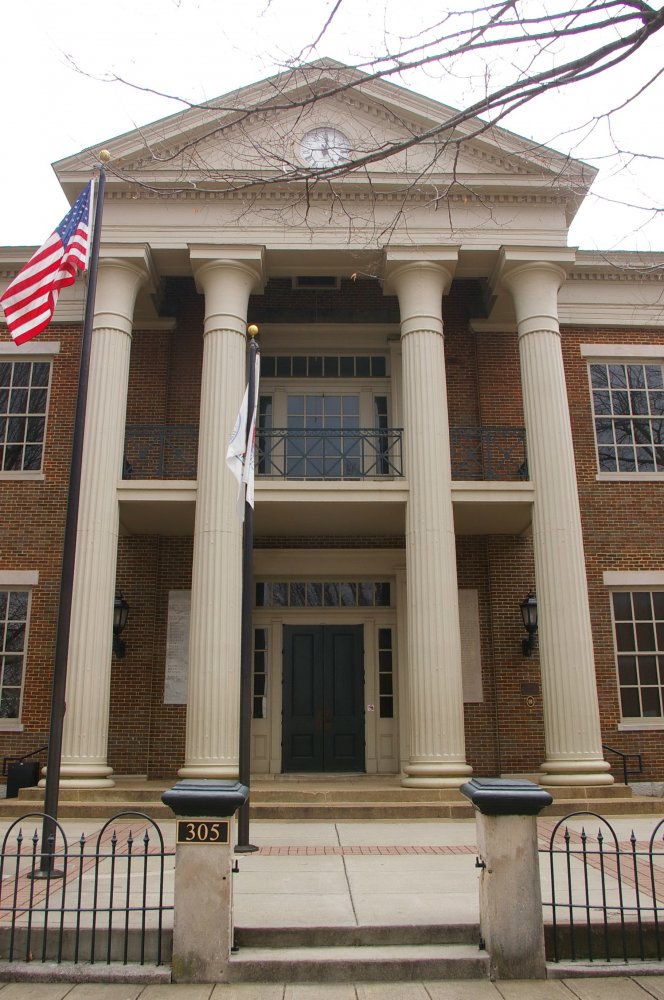 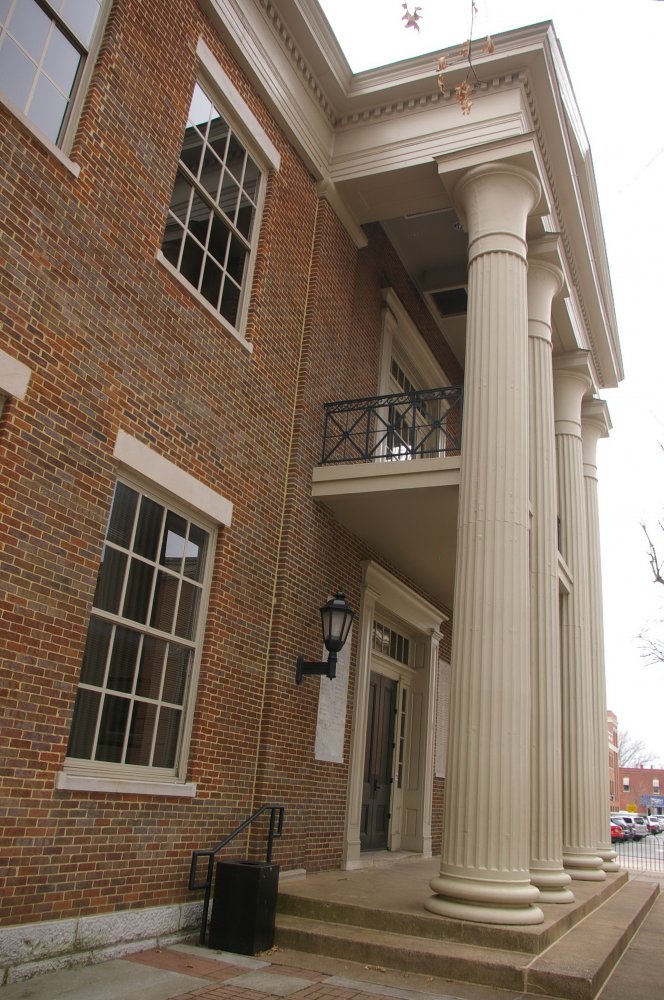 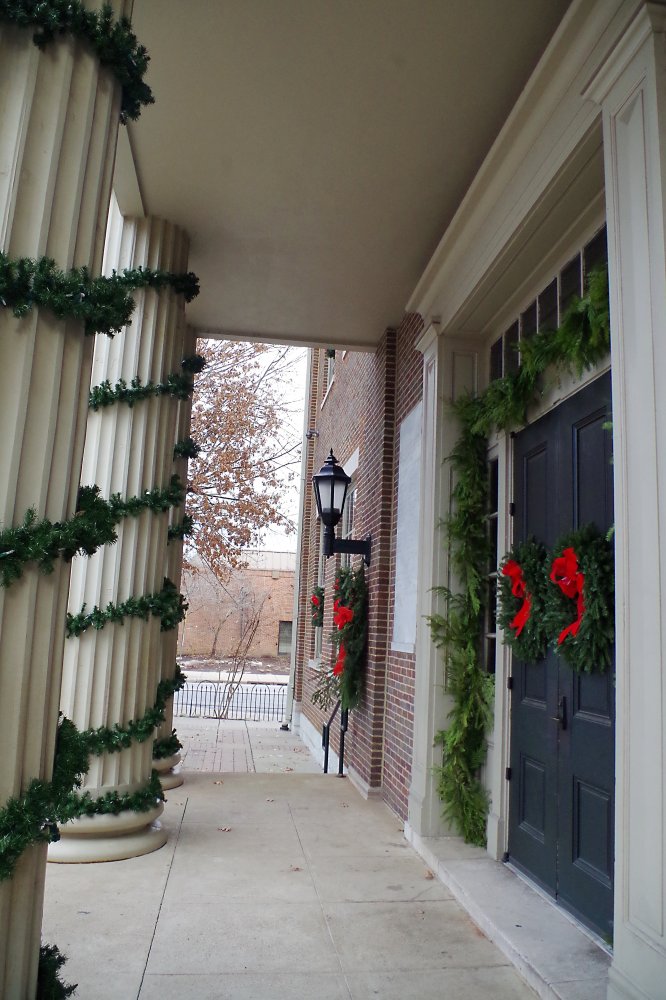 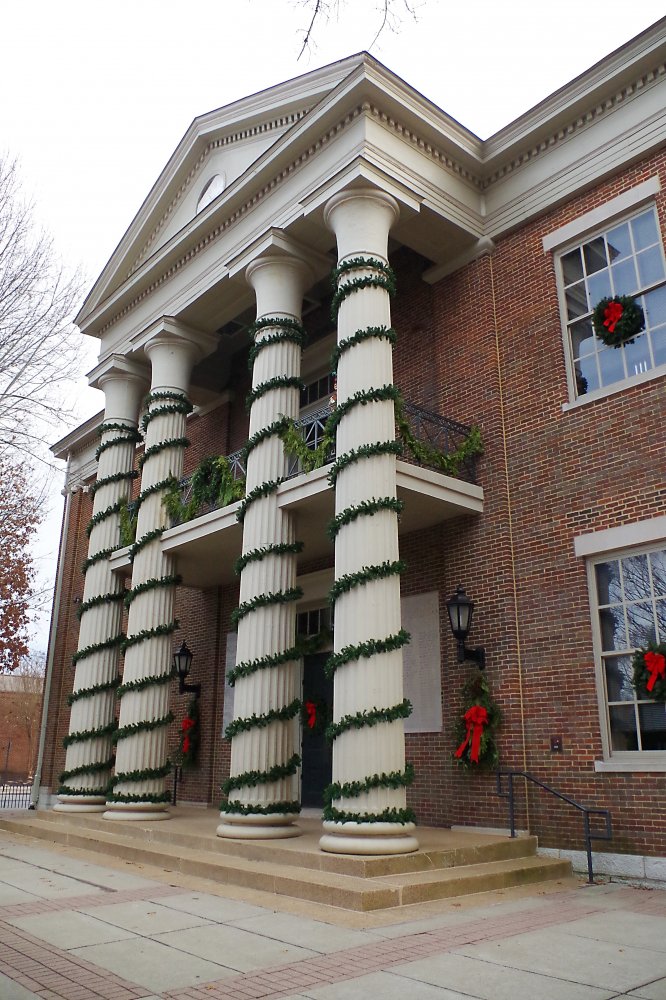 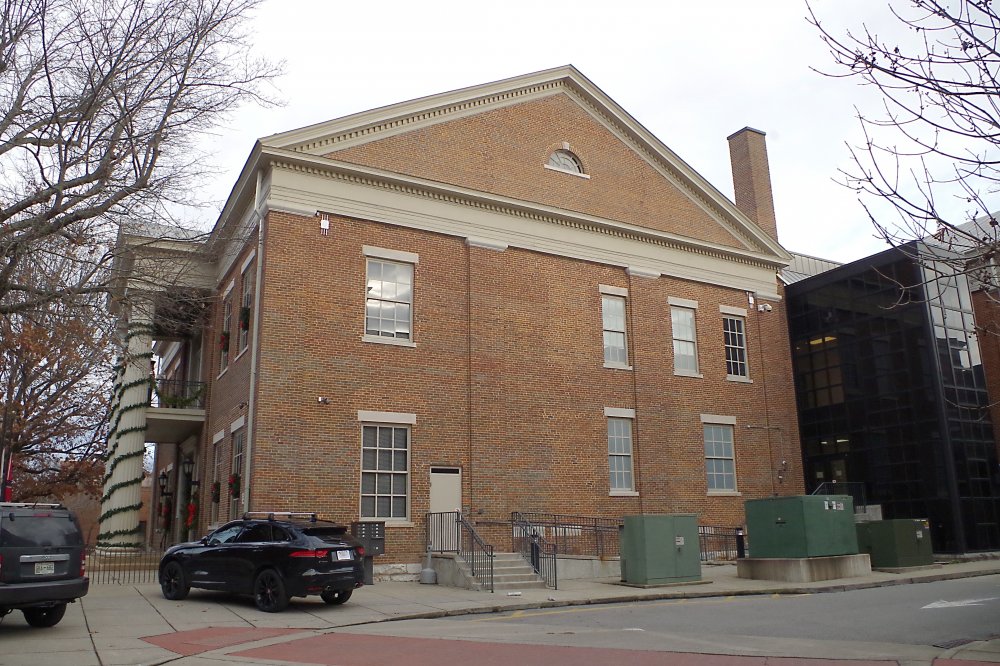 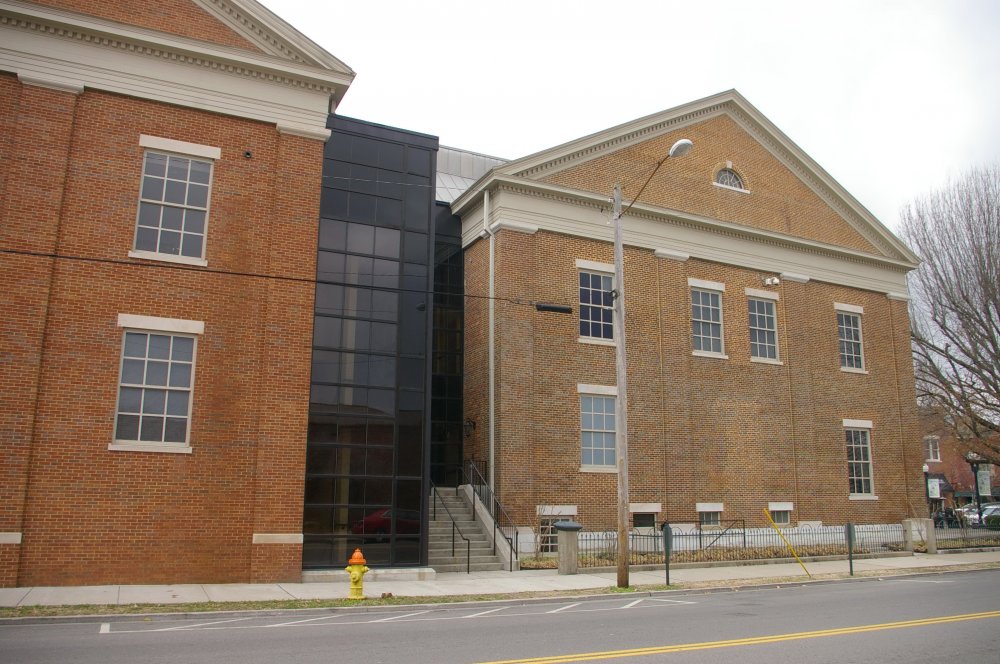 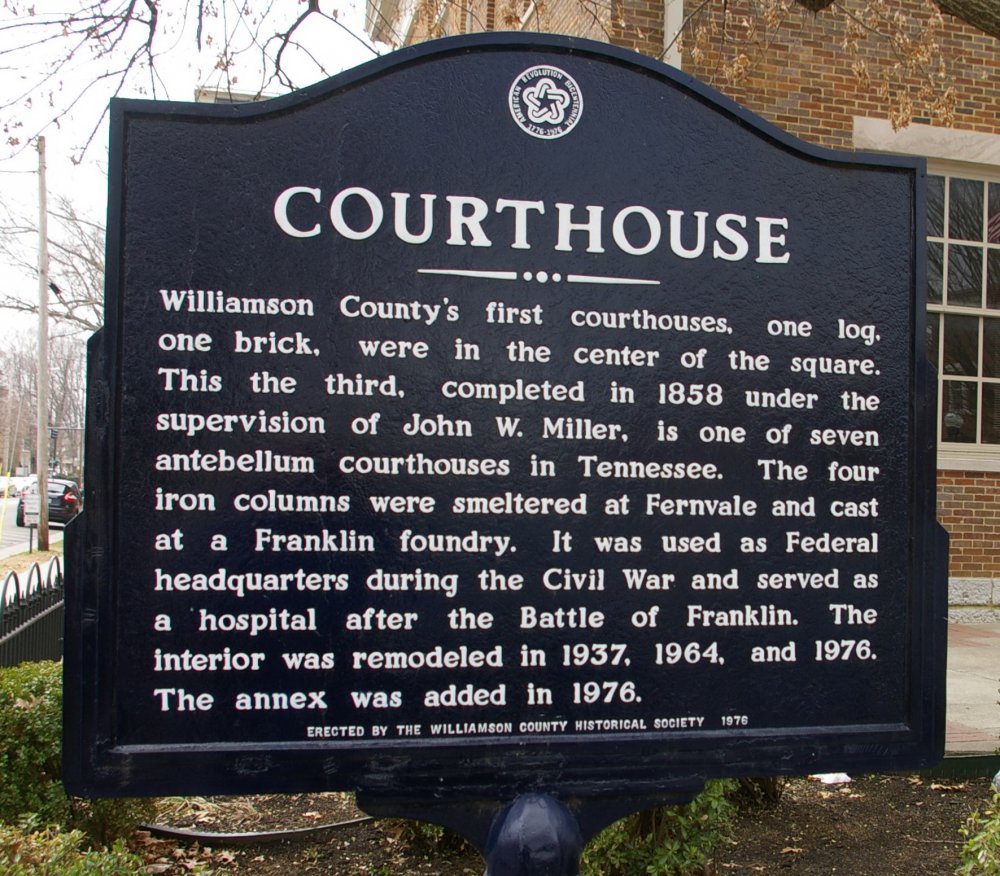