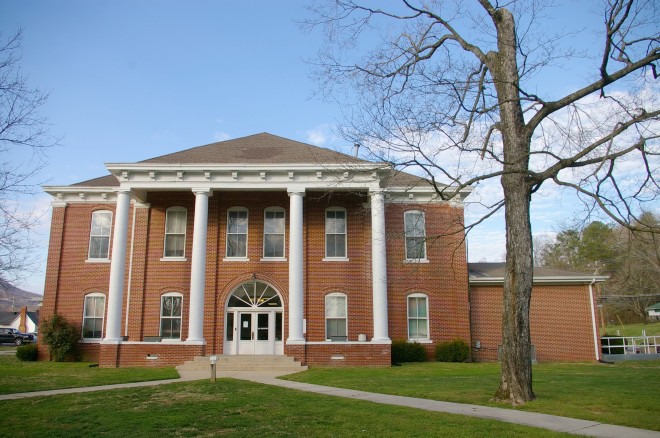 Sequatchie County is named for the Cherokee word which means “opossum” or “he grins or runs”.

Description:  The building faces south and is a two story red colored brick and concrete structure. The rectangular shaped building is located on landscaped grounds in the center of Dunlap. The building sits on a brick foundation. The south front has a large portico with four white colored Tuscan columns rising to the roof line. The entrance is arched with a large fanlight. On the west side is a small portico. The roof is hipped. In the interior there is a “T” hallway with a dog-leg stairway ascending to the second story where the courtroom is located on the east side. The building houses the County Chancery Court of the 12th Judicial District. The architect and the contractor was W K Brown & Brother. An addition was built on the east side.

See:  The architect and contractor, W K Brown & Brother, who was a brick contractor, also designed and constructed the courthouse in Bledsoe County. 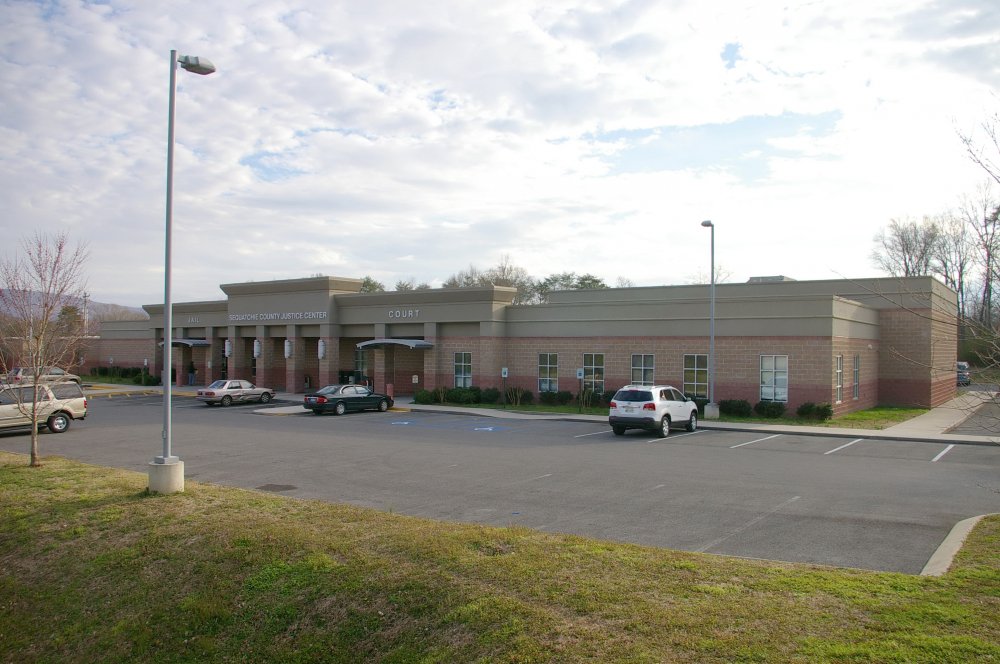 Description:  The building faces north and is a one story red brick structure. The building is located on spacious grounds at the north edge of the center of Dunlap. The north center sections raised and has three spaces between vertical dividers. The roof line is flat. In the interior is a wide hallway with courtrooms along the side. The building houses the County Circuit Court, County General Sessions Court and County Juvenile Court of the 12th Judicial District. 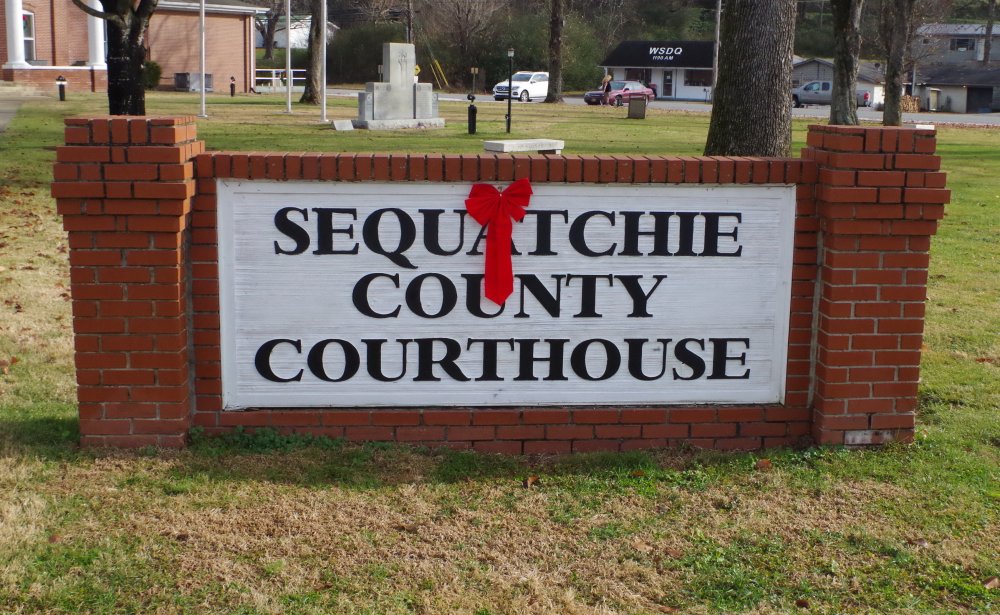 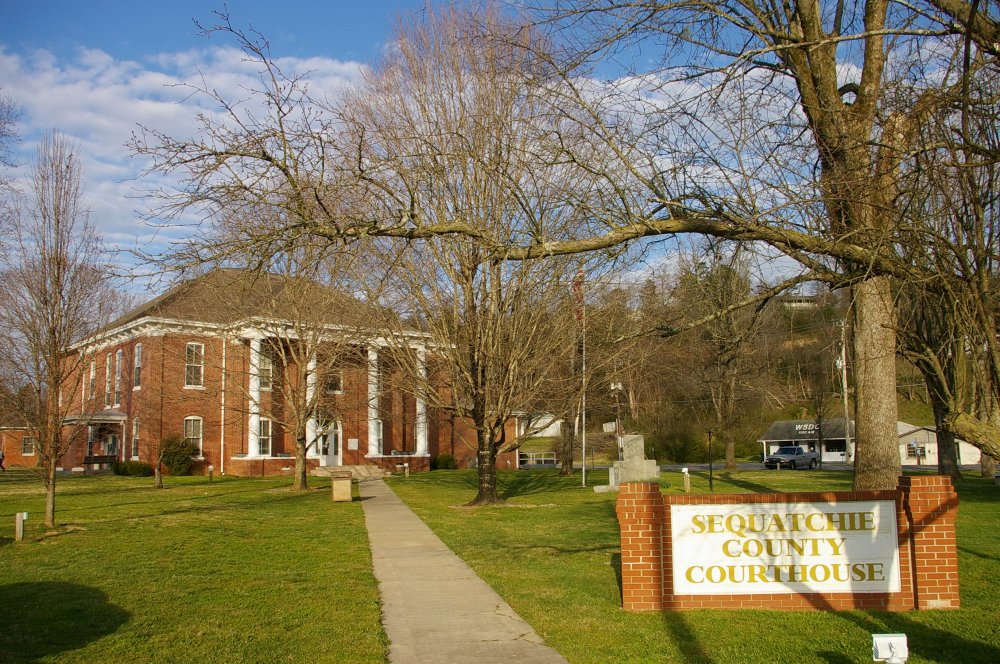 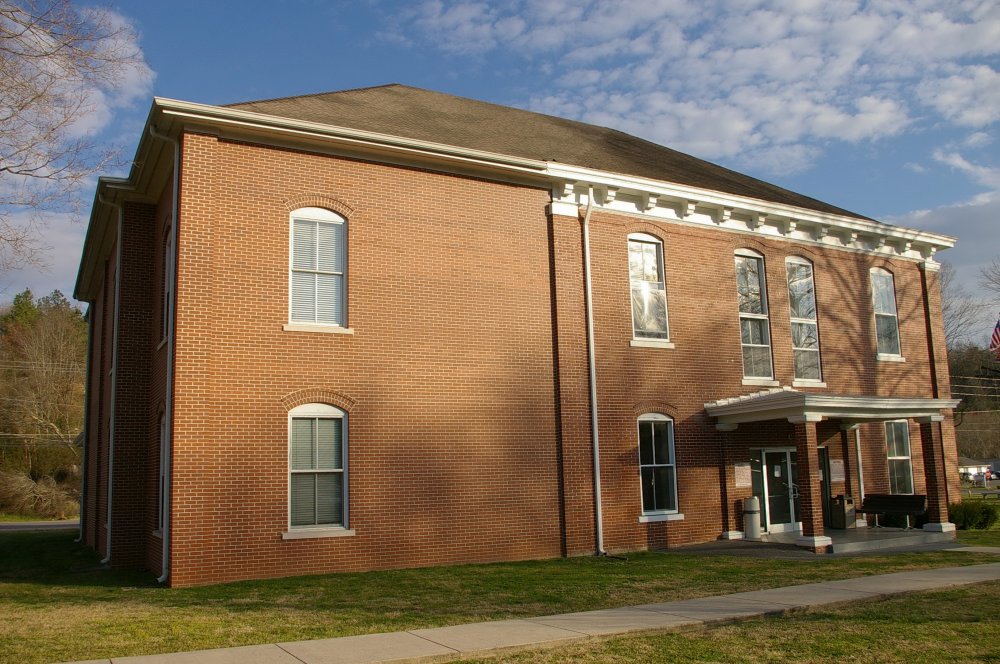 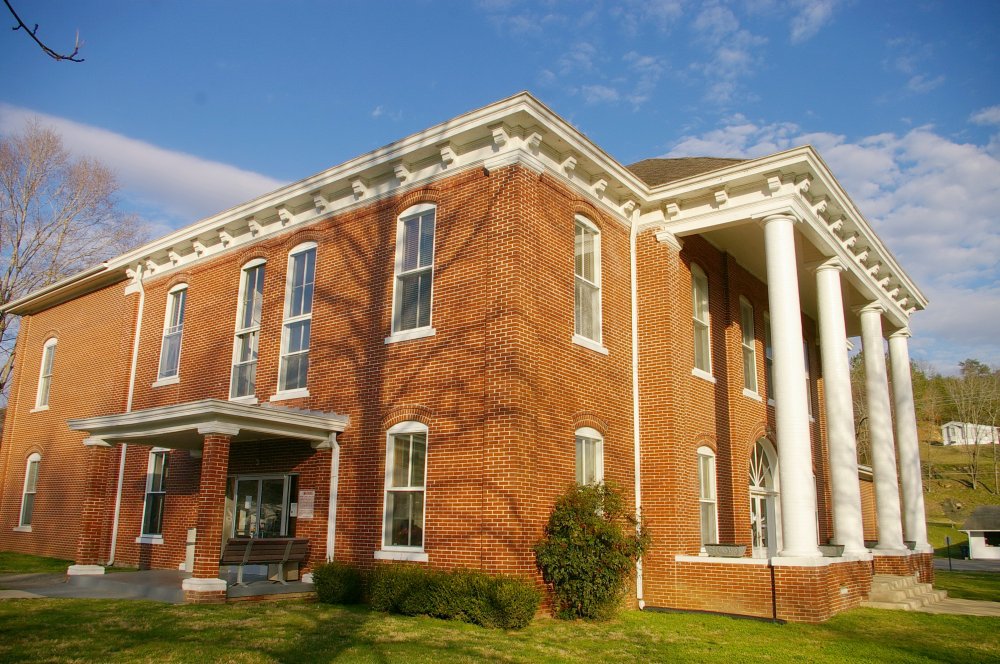 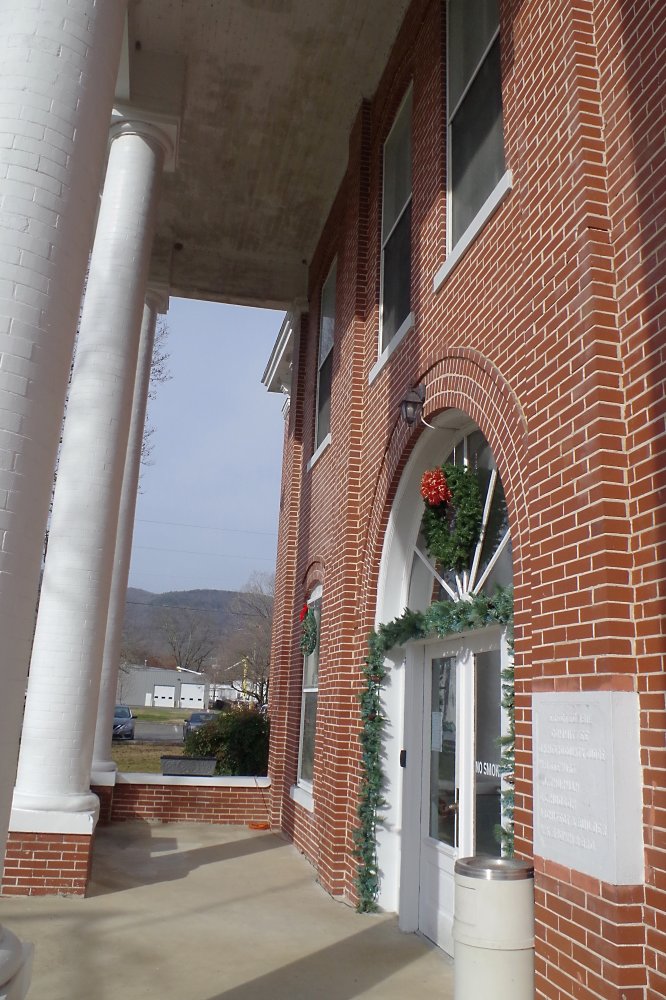 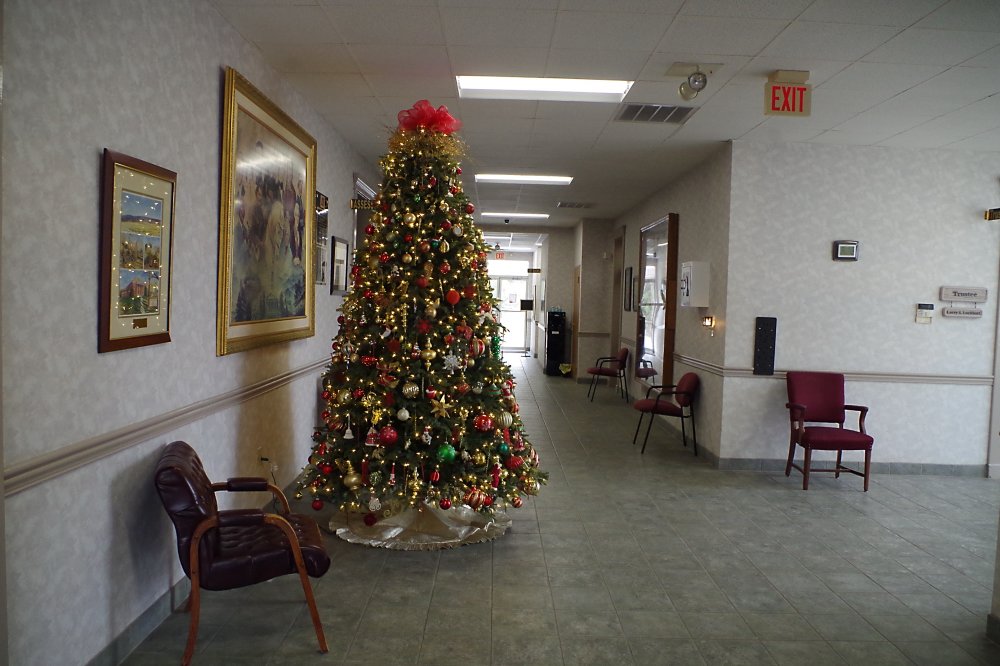 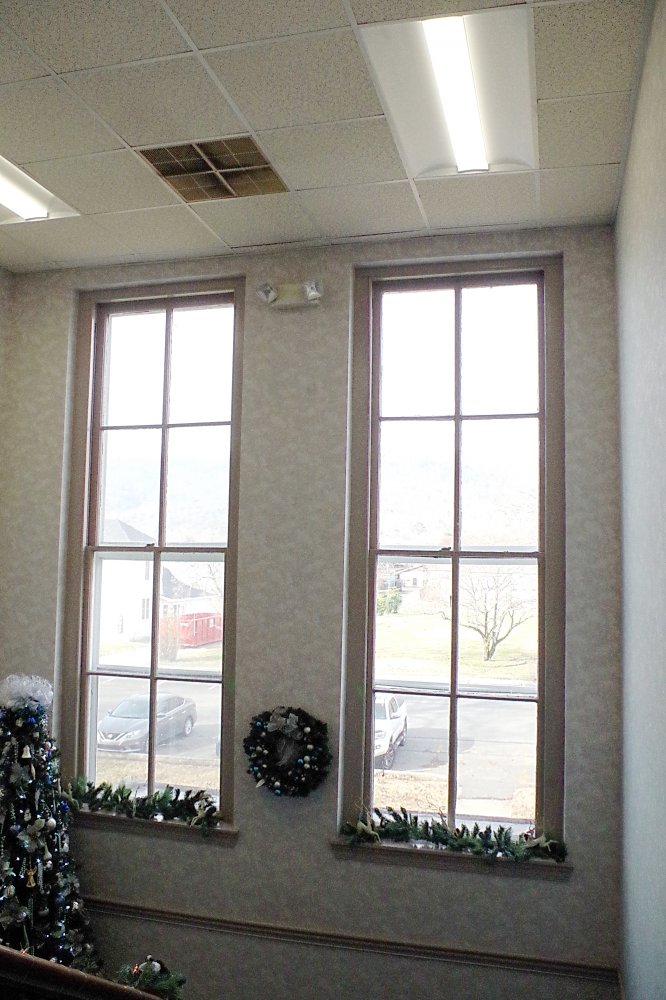 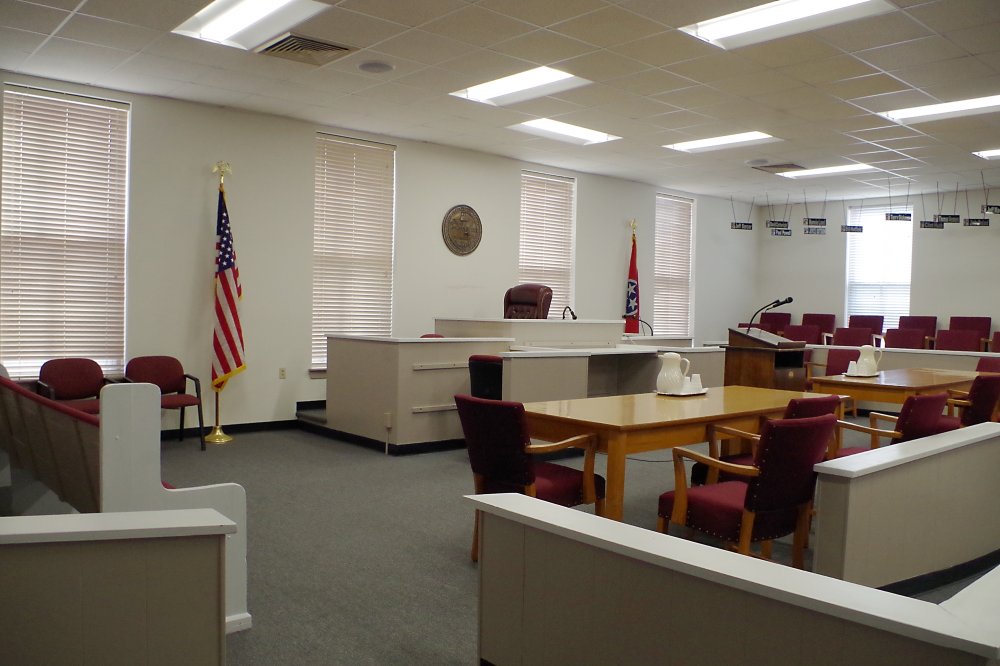 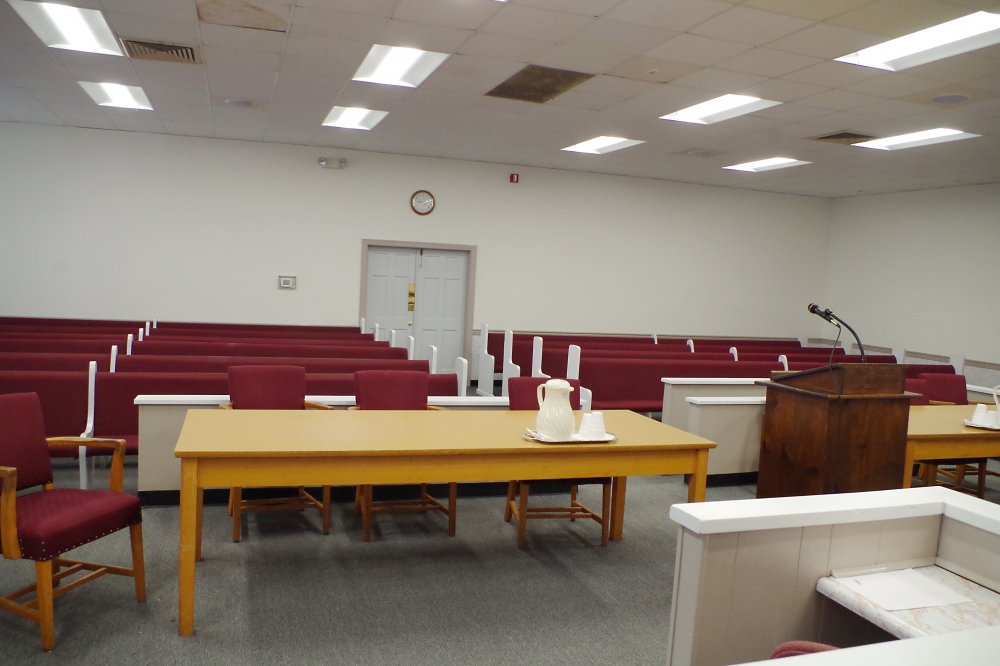 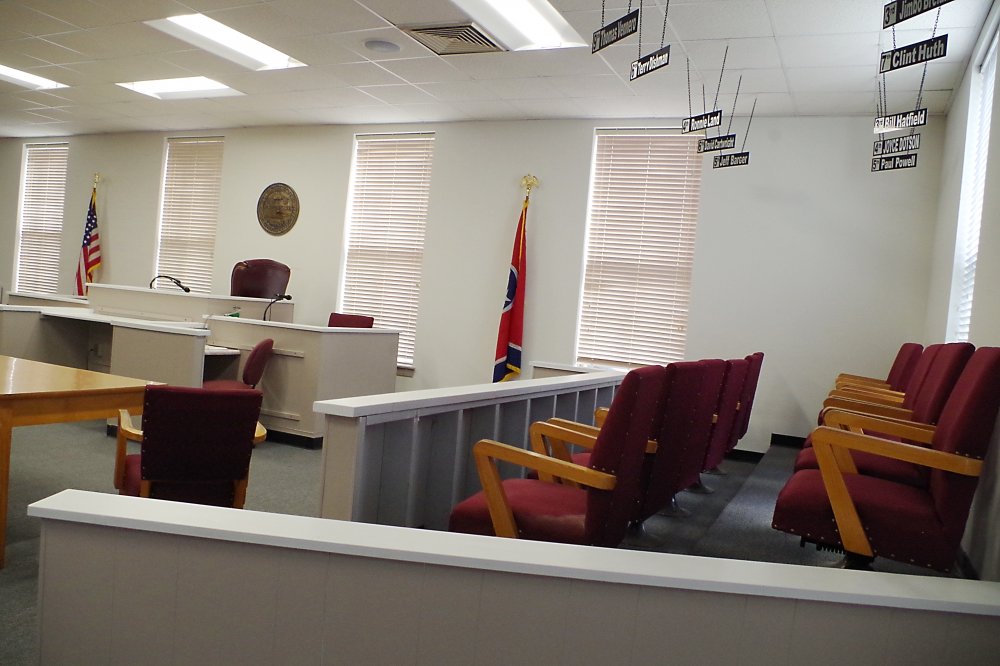 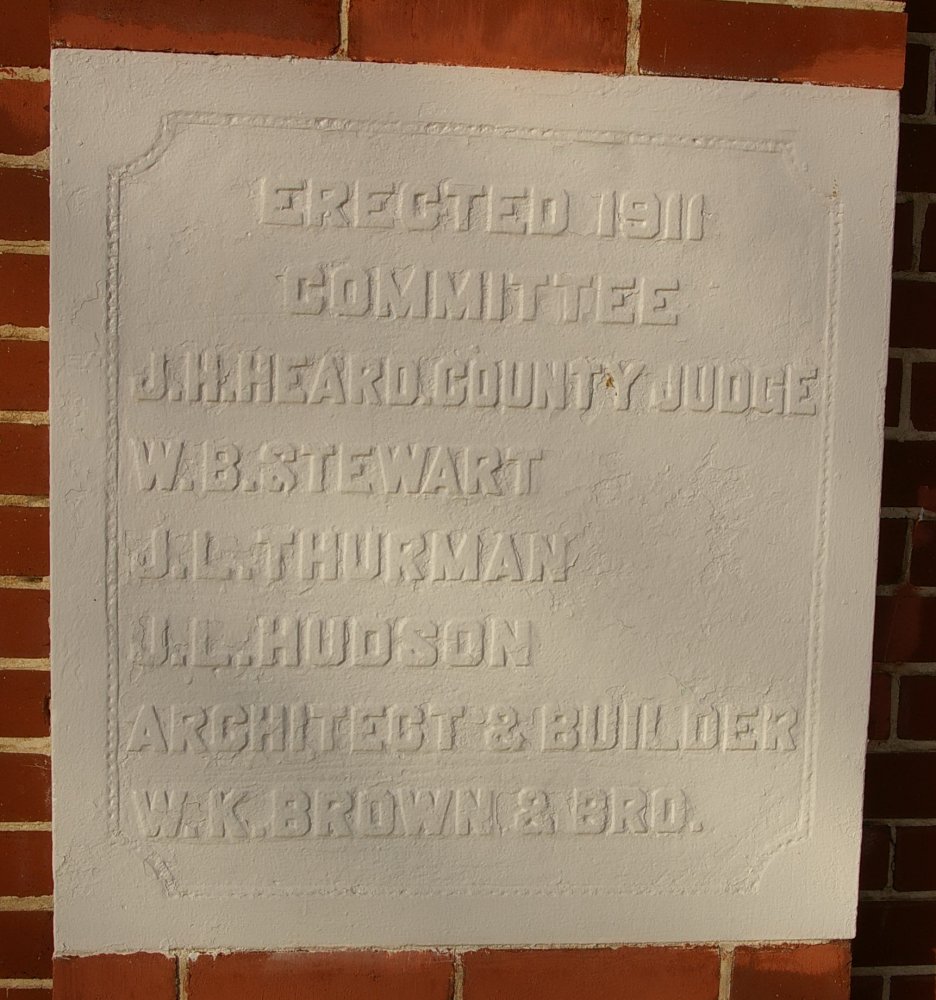