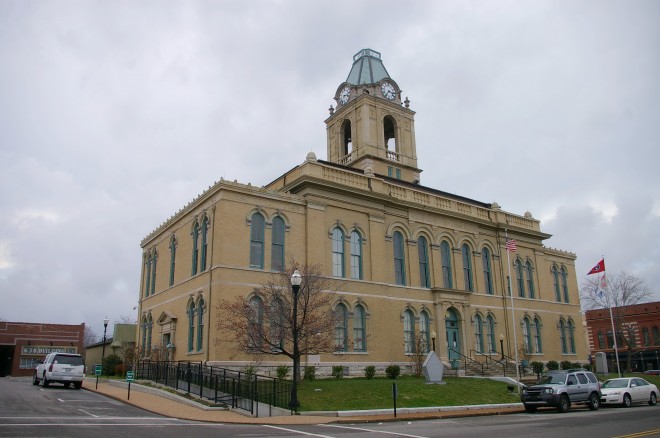 Robertson County is named for James Robertson, who was a Tennessee state legislator and founder of the Watauga Settlements.

Description:  The building faces east and is a two story buff colored brick and stone structure. The building is located on landscaped grounds of Courthouse Square in the center of Springfield. The windows are arched. On the center of the roof is a large open brick tower with clock at the top and steep roof. The north and south wings are lower in height. In the interior, the first story has a cross-hall plan Stairs at either end ascend to the courtroom which is located in the center of the second story. The building houses the County Circuit Court and County Chancery Court of the 19th Judicial District. The building was rebuilt in 1929 to 1930 when the north and south wings and the clock tower were added. The architect was Dougherty & Gardner and the contractor was J W Chambers Lumber Company. The building was renovated from 2004 to 2007. The architect was Jack L Breithaupt of Springfield and Robert Stacker and the contractor was Orion Building Corporation. The interior designer was Ginger Grand Breithaupt of Springfield. 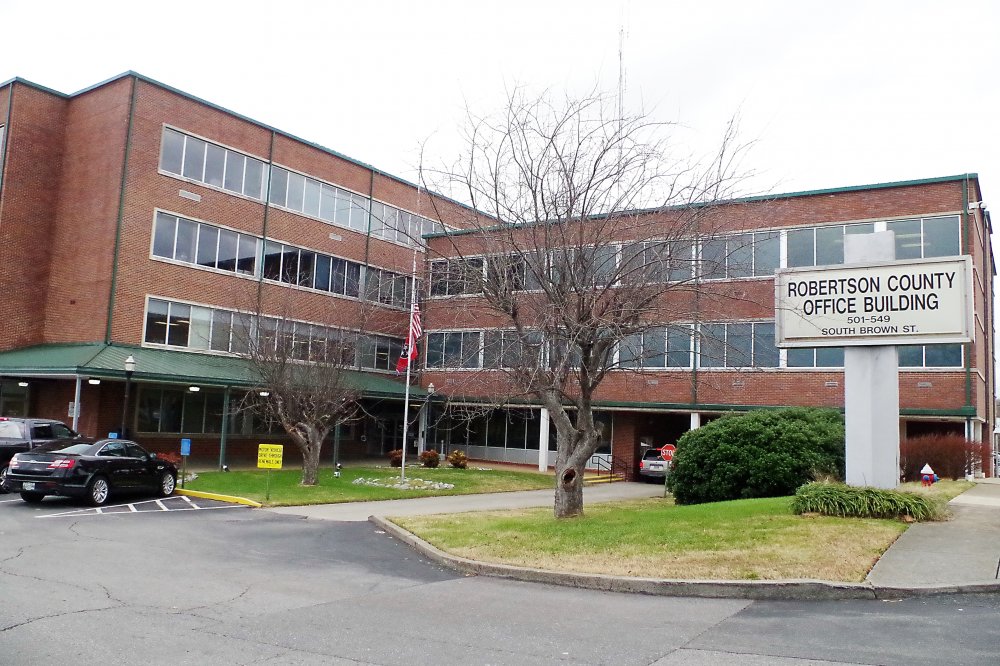 Description:  The building faces east and is a four story red colored brick and concrete structure. The building is located on landscaped grounds on the east side of the center of Springfield. The building was formerly the Jesse Holman Jones Hospital and has a three story wing extending east from the north-south main section. At the north part of the main section is the County General Sessions Court and County Juvenile Court of the 19th Judicial District, with entrance on the east side. The building was converted and renovated for use by the county in 1996. The architect was Breithaupt-Grand of Springfield and the contractor was James Ackerman. The building was further renovated in 2000. The architect was Architectural Affiliates of Springfield and the contractor was MPACT Construction Group of Nashville.

History:  The county was created in 1796 and Springfield was selected as the county seat. The court first met at the homes of Jacob McCarty and Benjamin McIntosh and later at George Bell’s store. The first courthouse was a log structure erected in 1799, the building was enlarged in 1805. The second courthouse was a two story brick structure built in 1819 at a cost of $6.598. The third and present courthouse was constructed in 1879 to 1880 at a cost of $20,959. The County Office Building was constructed in 1954 to 1956. 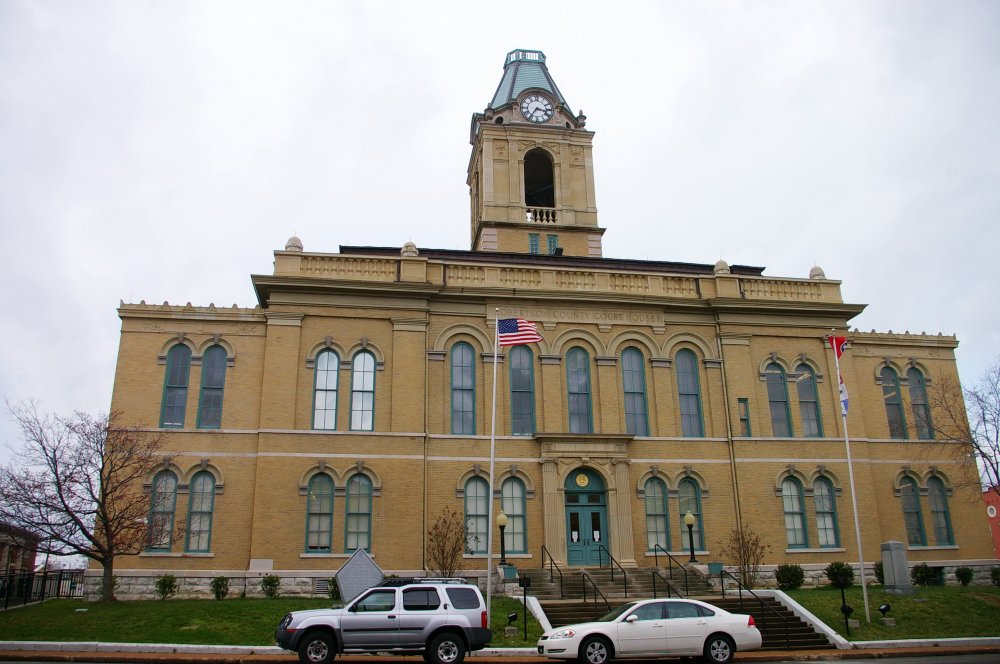 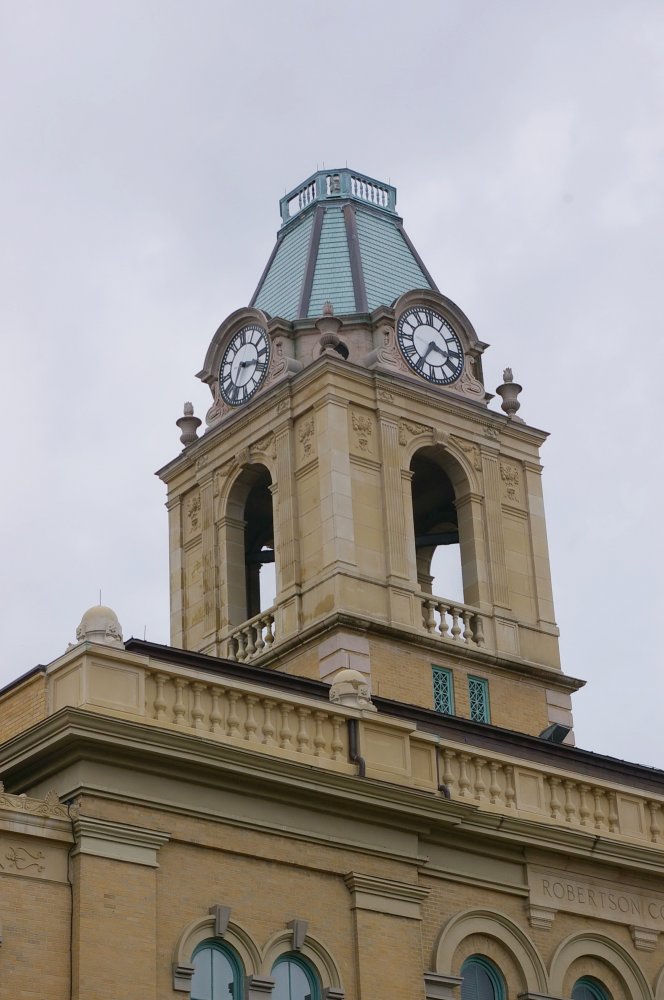 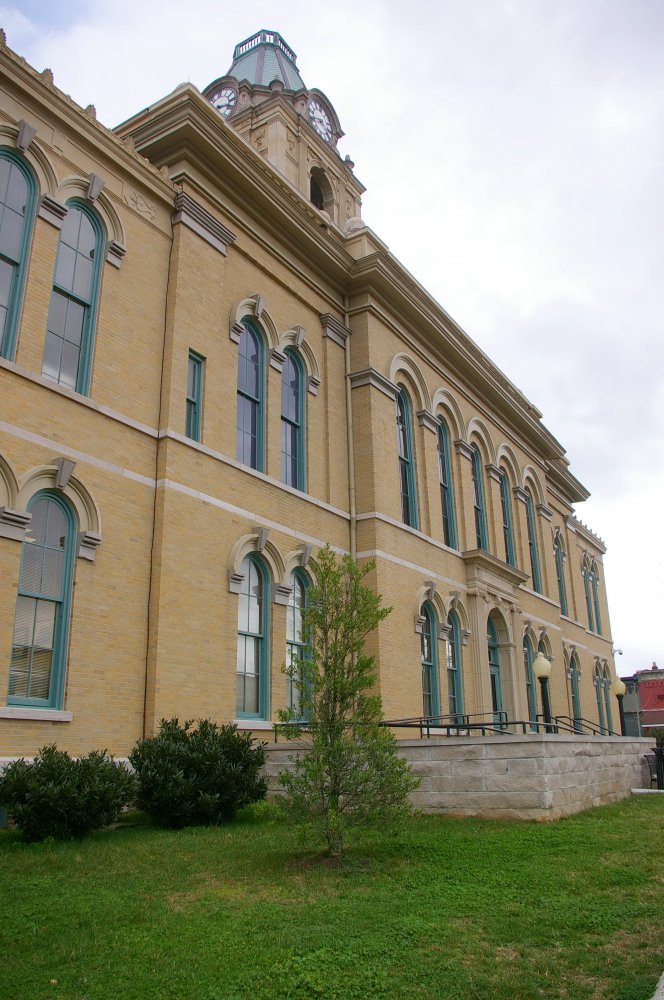 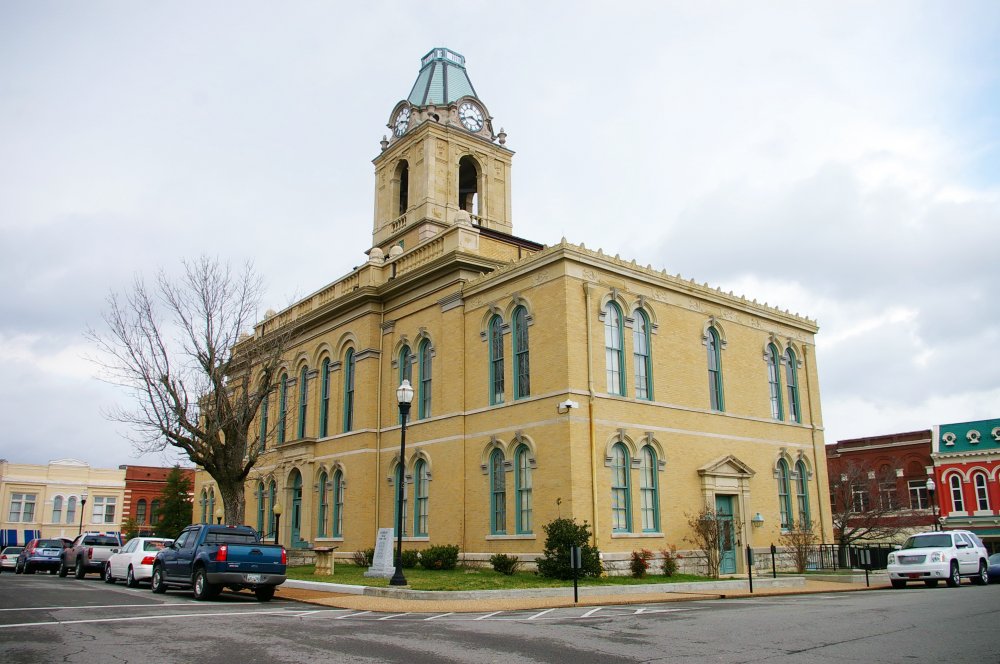 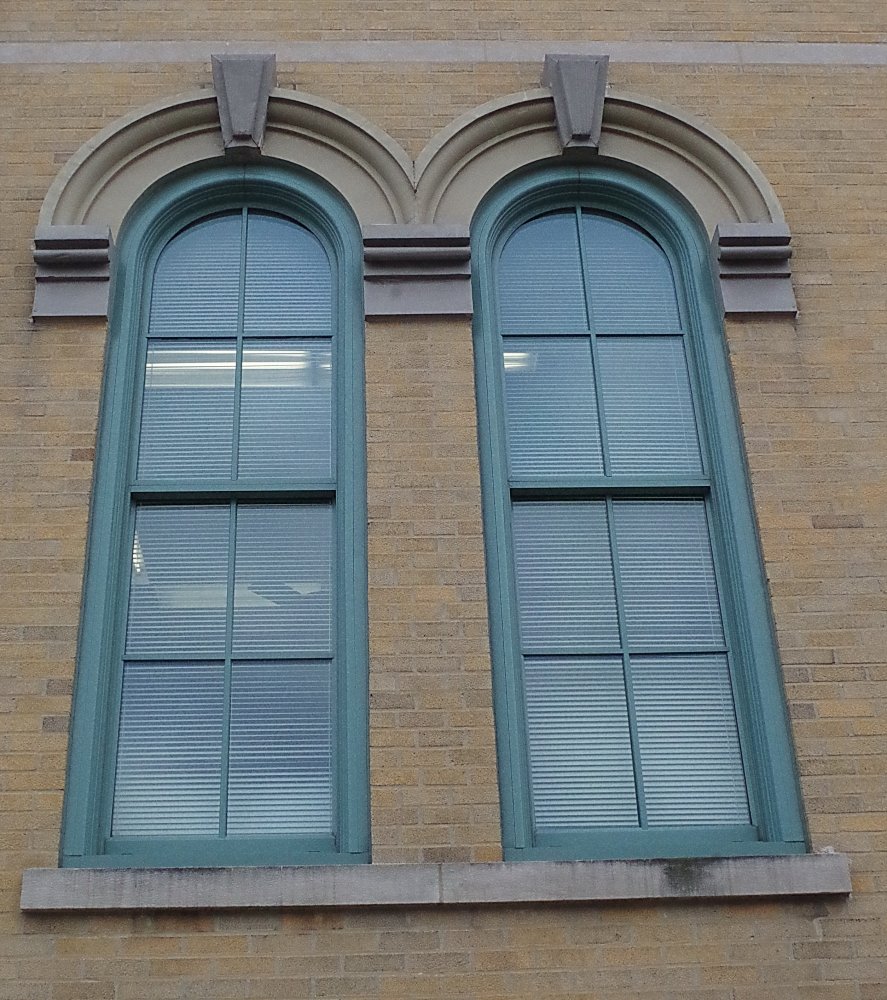 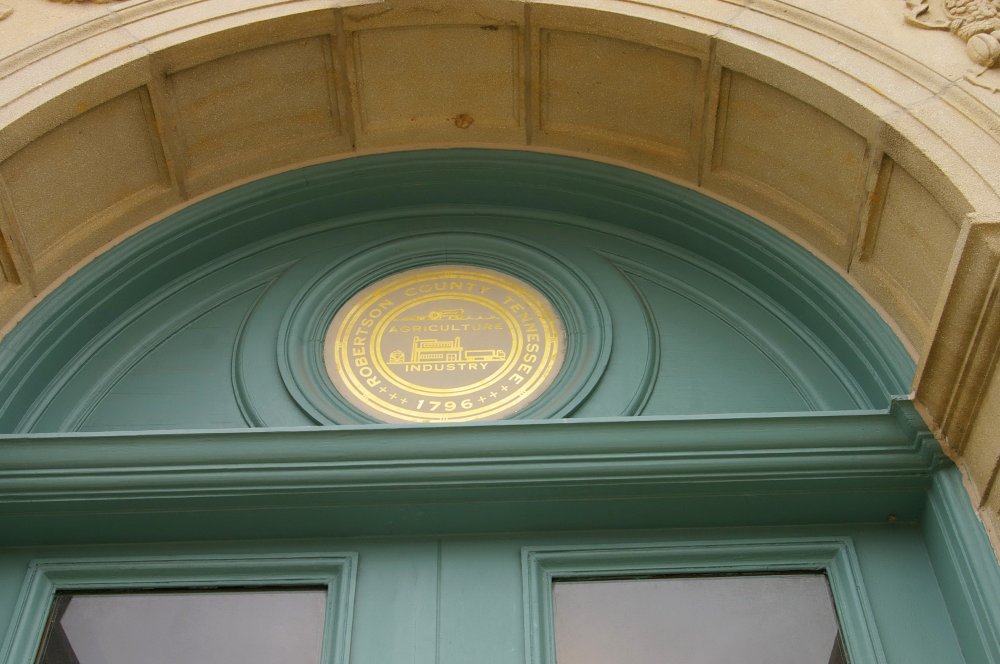 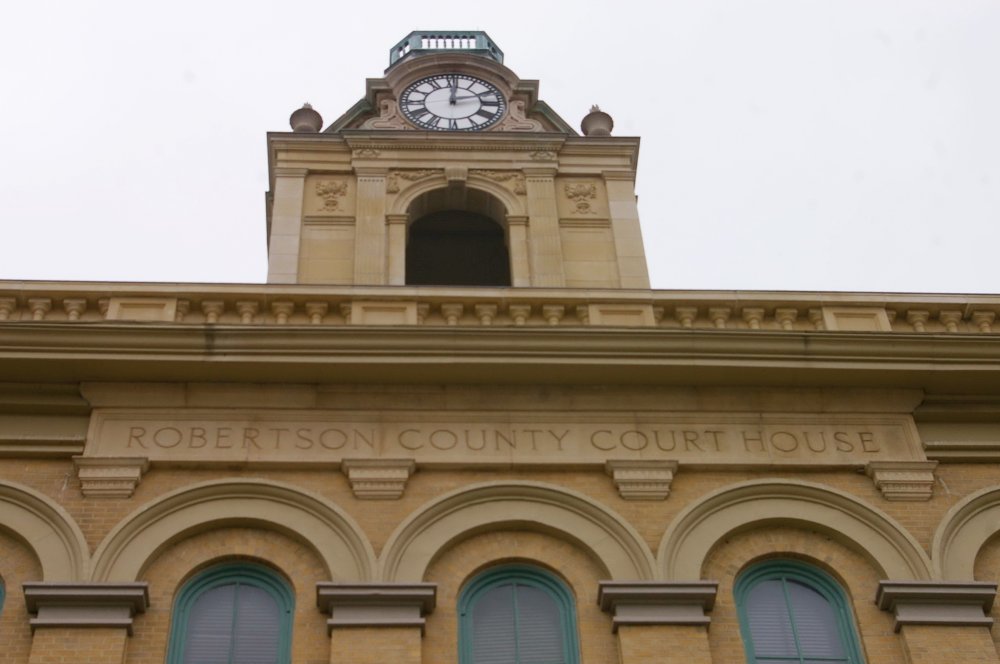 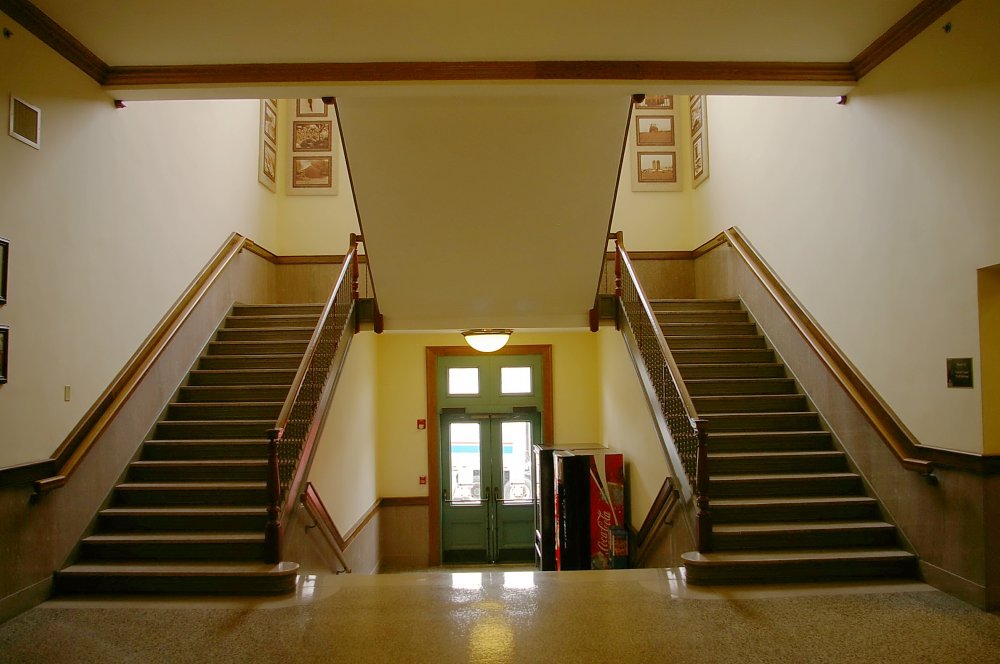 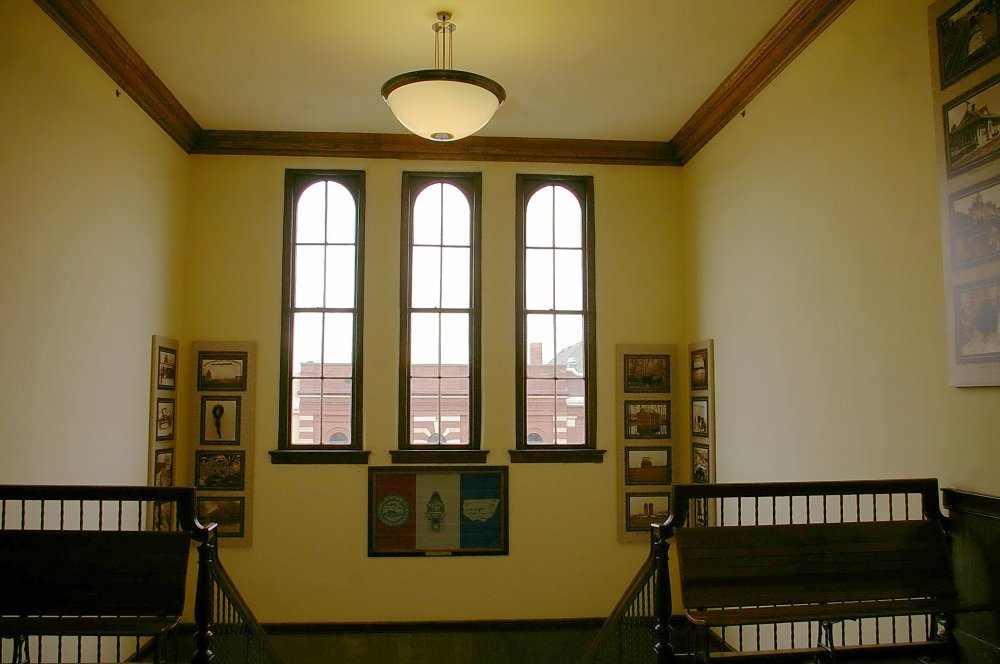 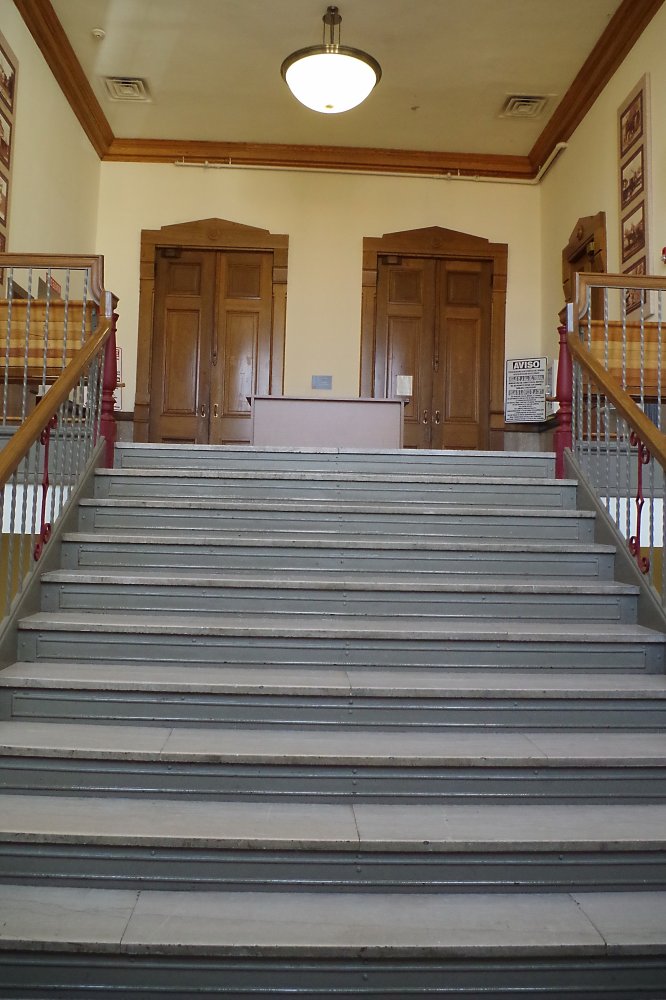 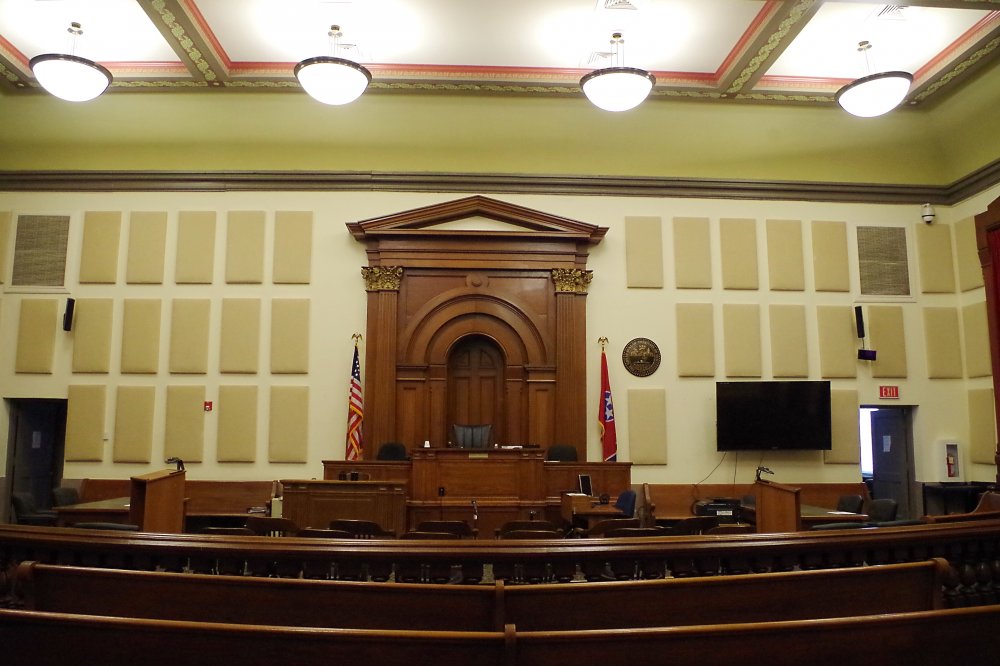 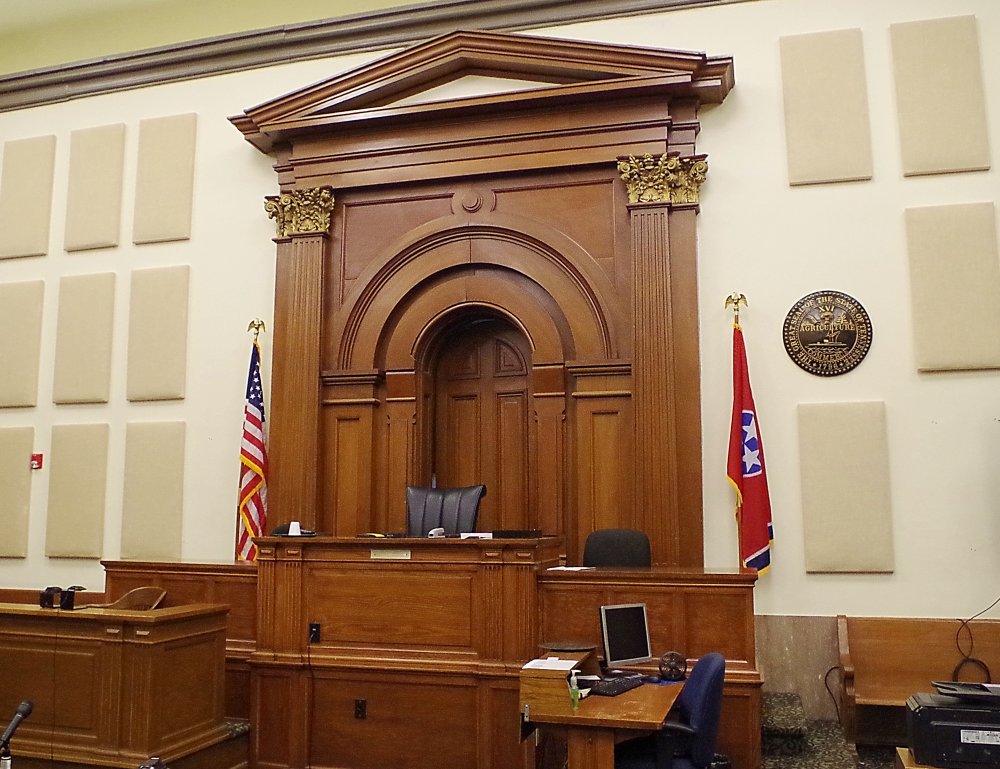 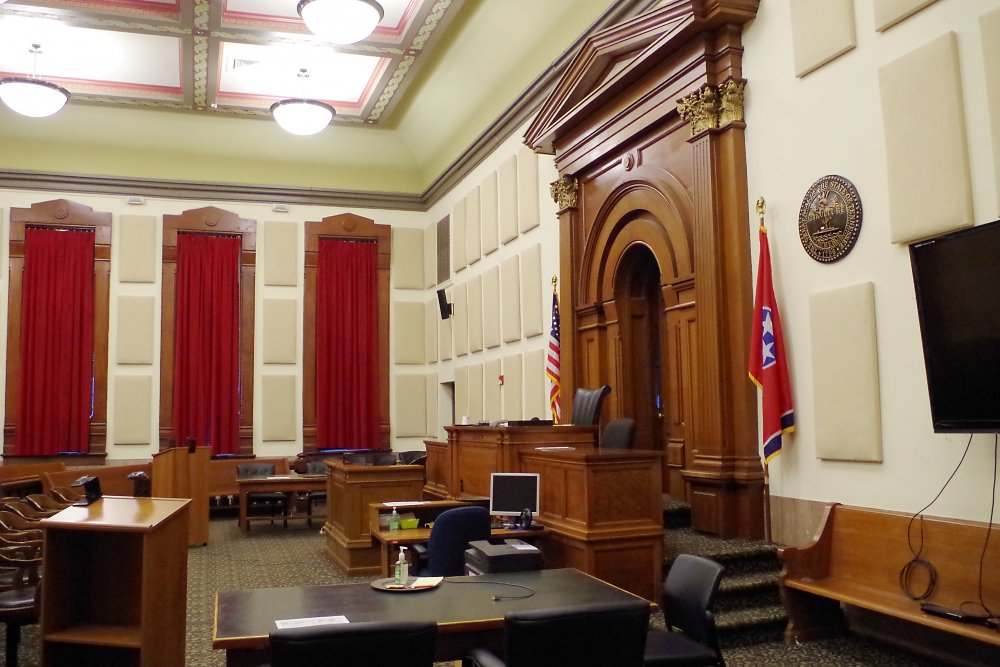 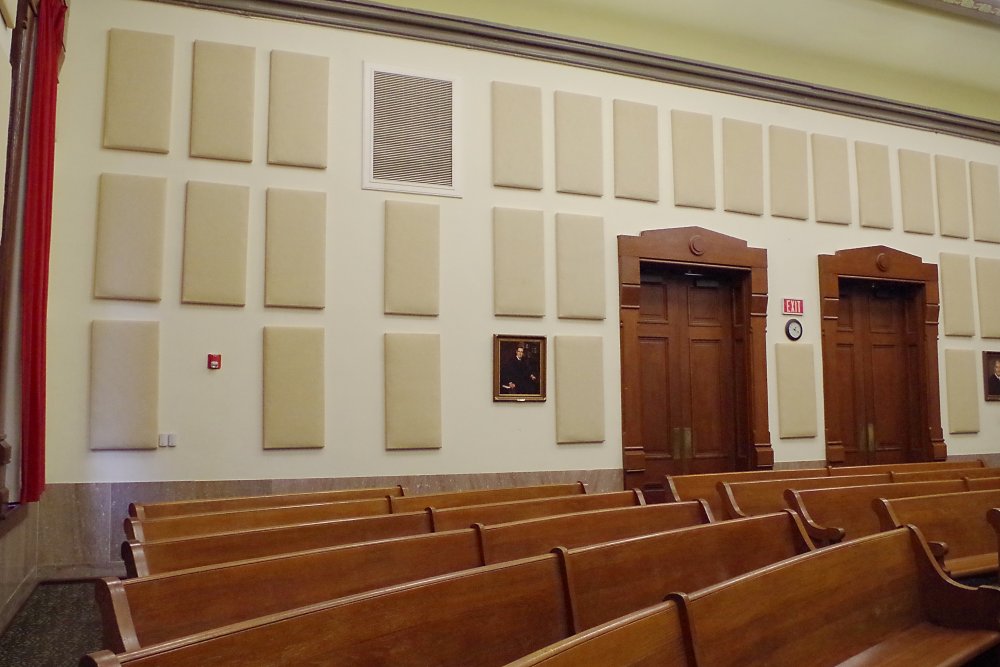