Moore County is named for William Moore, who was a Tennessee State legislator.

Description:  The building faces south and is a two story red colored brick structure. The rectangular shaped building is located on the landscaped grounds in the Courthouse Square in the center of Lynchburg. The building has an arched entrances on each side. A cornice runs along the roof line. On the center of the roof is a square wood cupola with red colored roof. In the interior are wooden stairs on the west side of the building which ascend to the second story. The courtroom occupies the east side of the second story. The building houses the County Circuit Court, County Chancery Court, County General Sessions Court and County Juvenile Court of the 17th Judicial District. The building was expanded in 1967 to 1968. The architect was Tom Woodard of Nashville and the contractor was Frank Hise. On the southwest side is the old County Jail constructed in 1876.

History:  The county was created in 1871 and Lynchburg was selected as the county seat. The first court met in the Tolley and Eaton Building in Lynchburg. From 1872 to 1882, the first courthouse was the Grand Hotel owned by Dr. E Y Salmon. The court then met in a church and school until the second and present courthouse was constructed in 1884 to 1885 at a cost of $6,875. The walls of the courthouse are 20 inches thick of brick fired in town and held together with sand and lime. The building was renovated and expanded using matching foundation stone from Fayetteville and brick from Shelbyville. 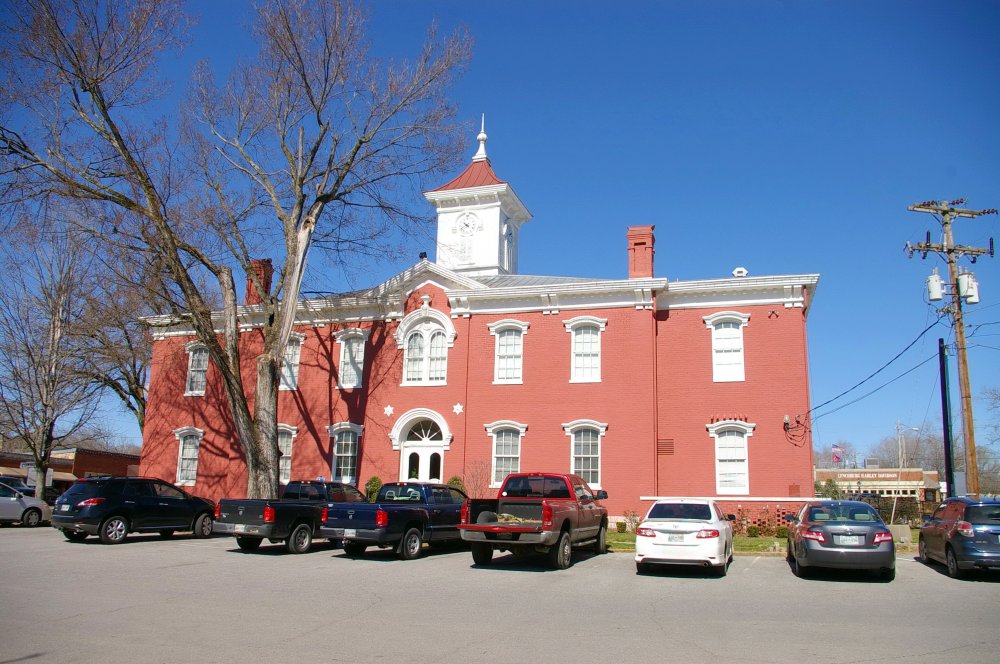