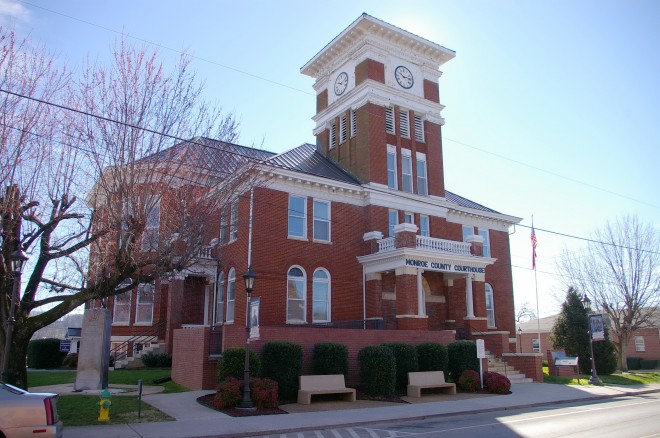 Description:  The building faces south and is a two story dark red colored brick structure. The building is located on landscaped grounds in the center of Madisonville. The south front has a one story red colored brick porch with balcony on the second story. A large square clock tower rises above the entrance with clock at the top. The first story windows are arched. A wing projects on the west side. The roof is hipped. The courtroom is located on the second story. 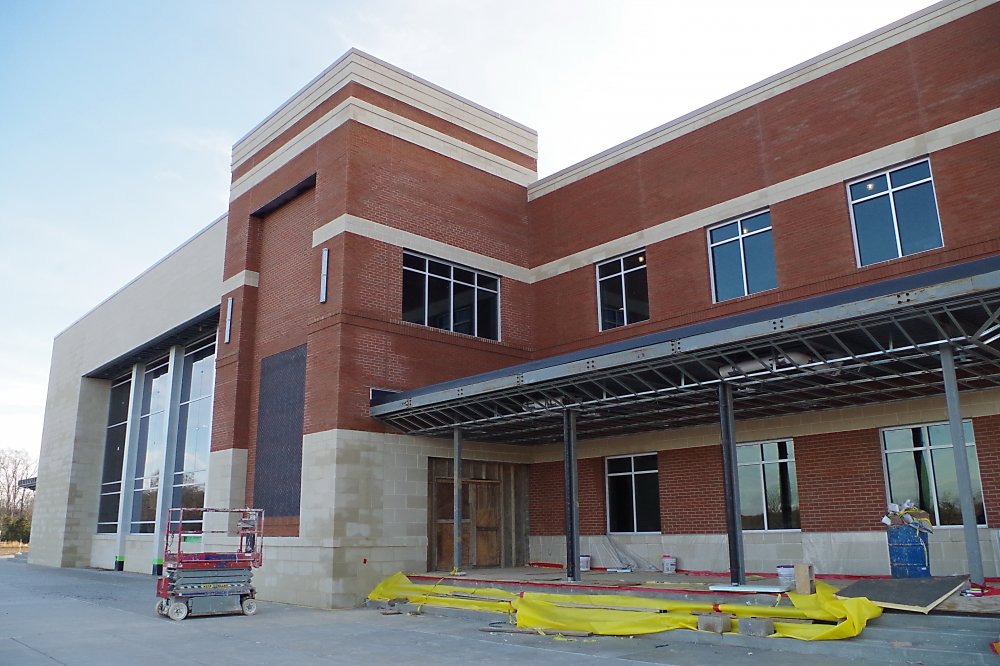 Description:  The building faces north and is a two story red colored brick, glass and concrete structure. The building is located on landscaped grounds to the west of the center of Madisonville. The east side of the north front has three large windows.The roof line is flat. 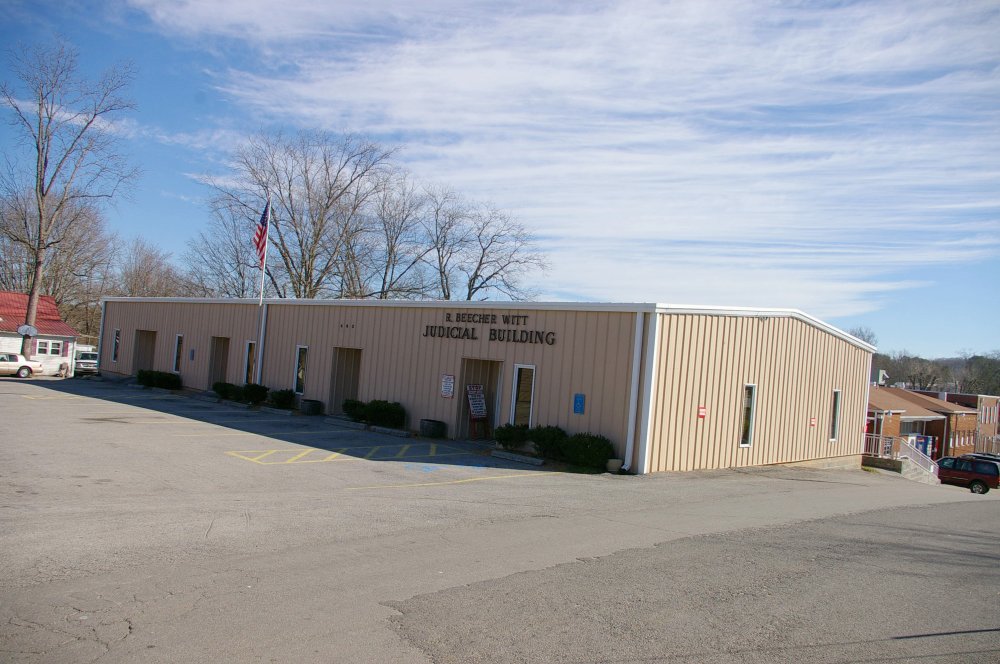 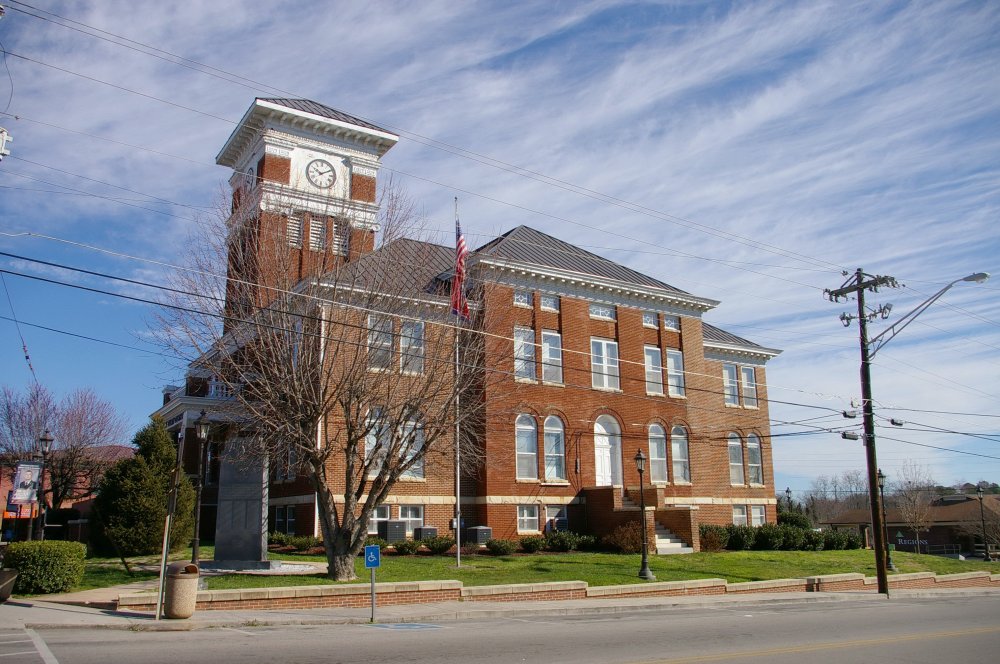 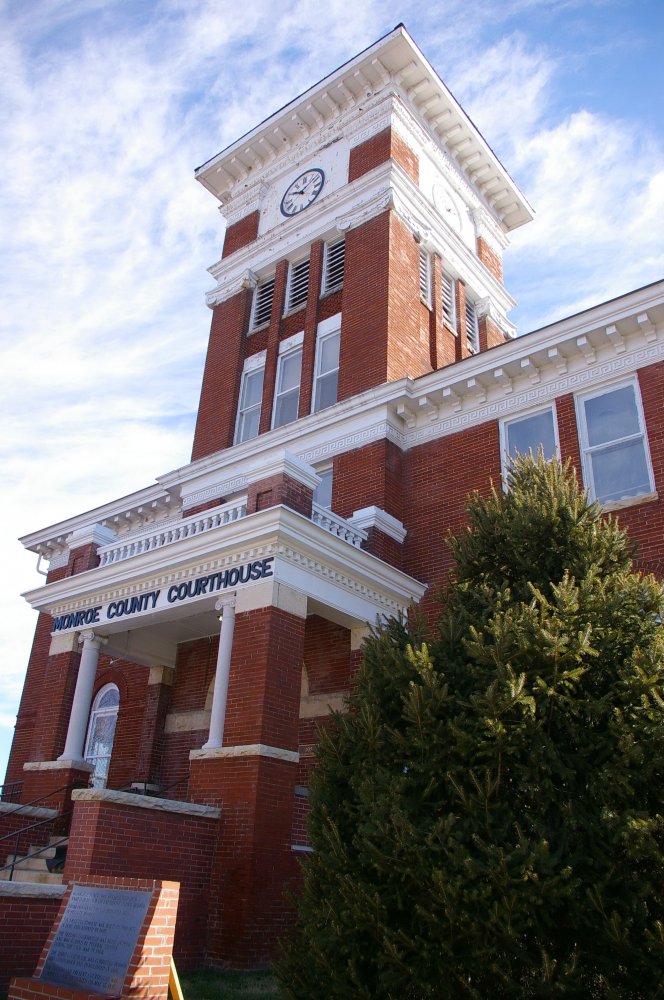 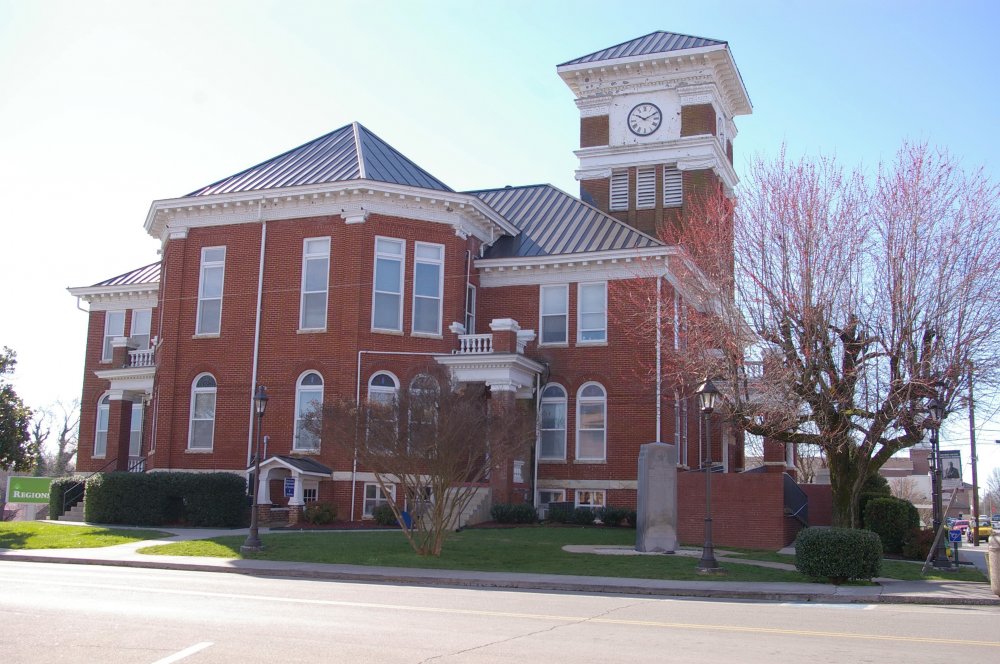 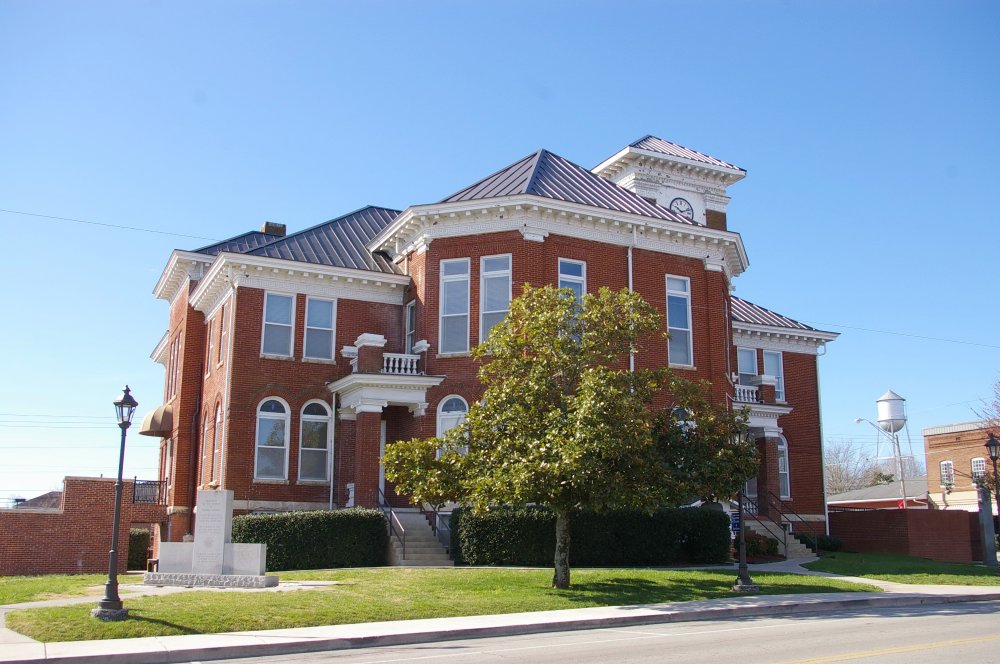 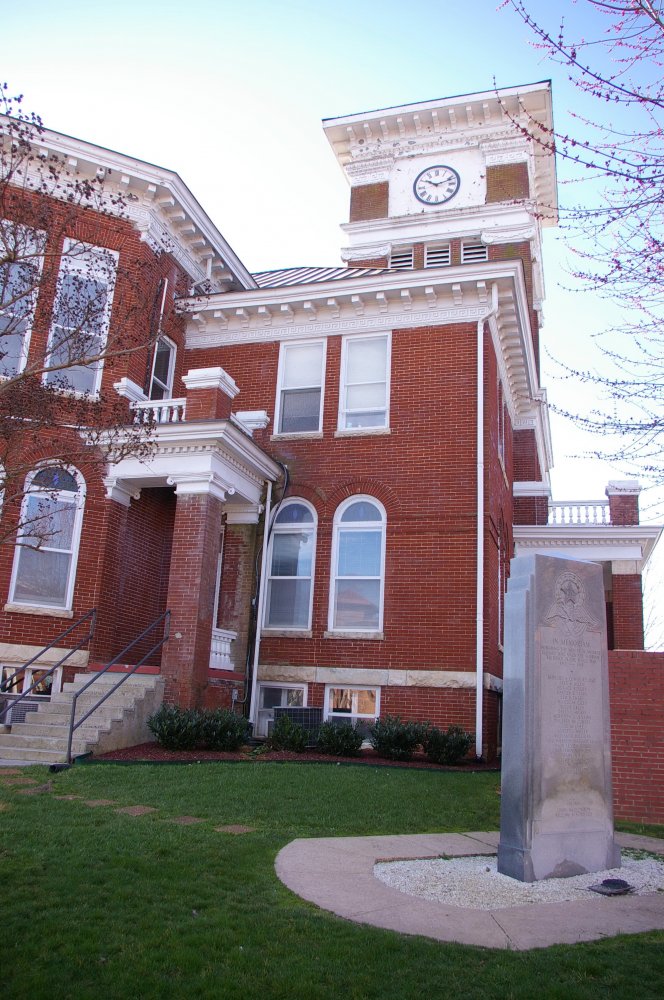 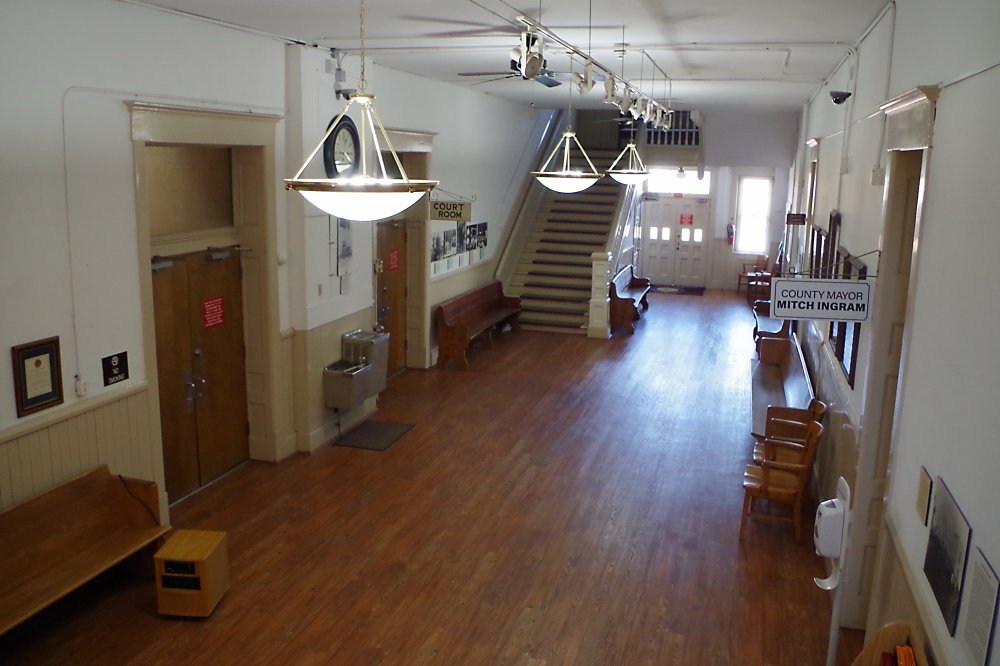