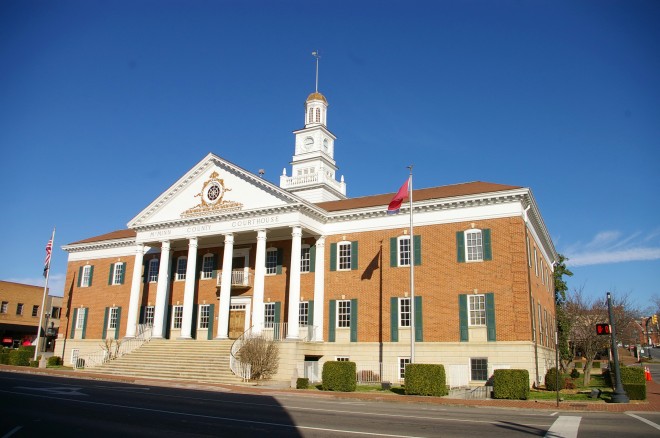 McMinn County is named for Joseph McMinn, who was a Governor of Tennessee.

Architect:  Galloway and Guthrie of Knoxville

Description:  The building faces south and is a two story red-orange colored brick and concrete structure. The building is located on landscaped grounds in the center of Atens. The south front has a large portico with six white colored columns rising to a wide pediment with circular at the roof line. The base of the building is stone. A wide horizontal belt runs below the roof line. On the center of the roof is a square tiered white colored cupola with clock and octagonal cupola at the top. The roof is sloped. The courtropom is located on the second story. Description:  The building faces south and

Built in 2012, the modern building is a one story red colored brick and concrete structure. The building faces west and was completed in 2014. The building is located on landscaped grounds to the south of the center of Atens. On the northwest corner is the projecting entrance section with six white colored columns and recessed glass walls. Above is a small pediment. Along the north and west sides are raised section with white colored columns and recessed glass walls. The courtrooms are located along the hallway. 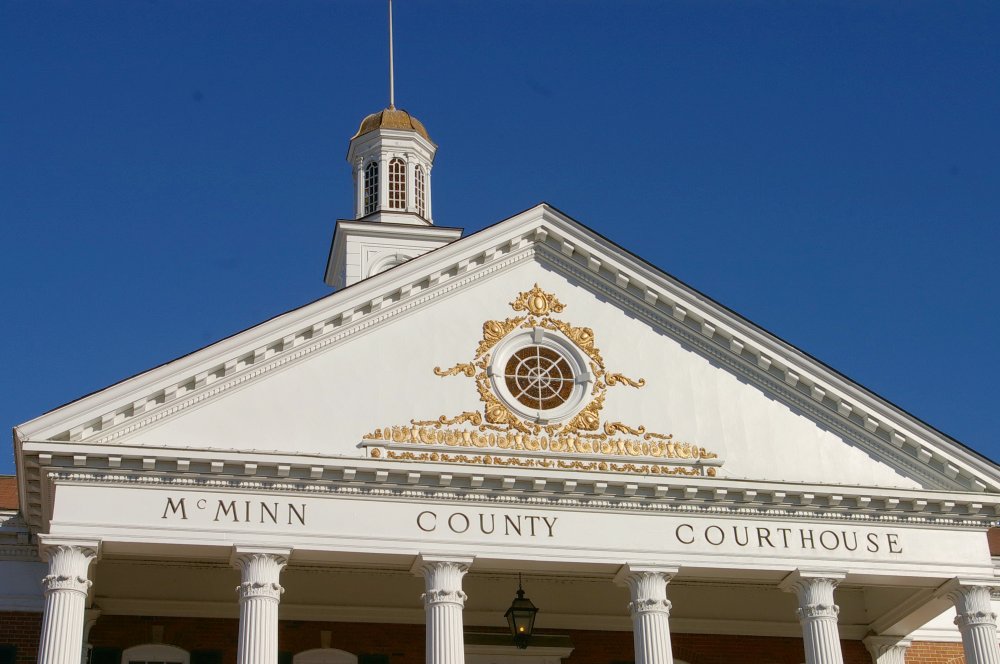