Description:  The building faces east and is a three story buff colored brick and concrete structure. The rectangular shaped building is located on the landscaped grounds of Courthouse Square in the center of Lewisburg. The east front has eight columns rising from the second story to the third story with glass panel windows between. Above is a wide header with clock siting above the roof line. In the interior, the large courtroom is located on the second story, the Chancery Court courtroom is located on the southeast side of the first story and a small courtroom is located on the northwest side of the basement. The building houses the County Circuit Court, County Chancery Court and County General Sessions Court and County Juvenile Court of the 17th Judicial District. The building was renovated in 1974 and 1998. Further renovation was completed from 2008 to 2015. The architect was Quinn Evans Architect and the contractors were DF Chase and Orion Construction. 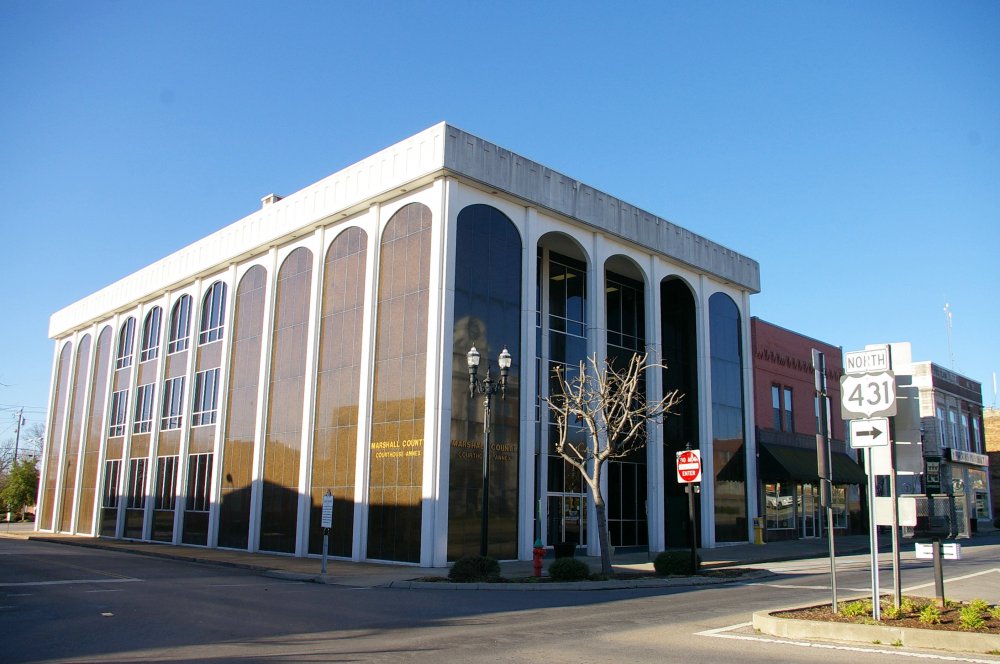 Description:  The building faces north and is a three story glass and concrete structure. The building is located in the center of Lewisburg across from the courthouse. The rectangular shaped building was constructed as the First National Bank Building and became the Courthouse Annex in 1998. The roof line is flat.

Description:  The building faces north and is a one story log cabin structure. The rectangular shaped building is located on the landscaped grounds near the Lone Oak Cemetery to the south of the center of Lewisburg. Originally the home of Abner Houston, the building served as the first courthouse from October 3, 1836 to 1838. The door is on the north side and the roof is hipped. The building has no windows. The home originally stood on Haynes Street two blocks north of the present courthouse. 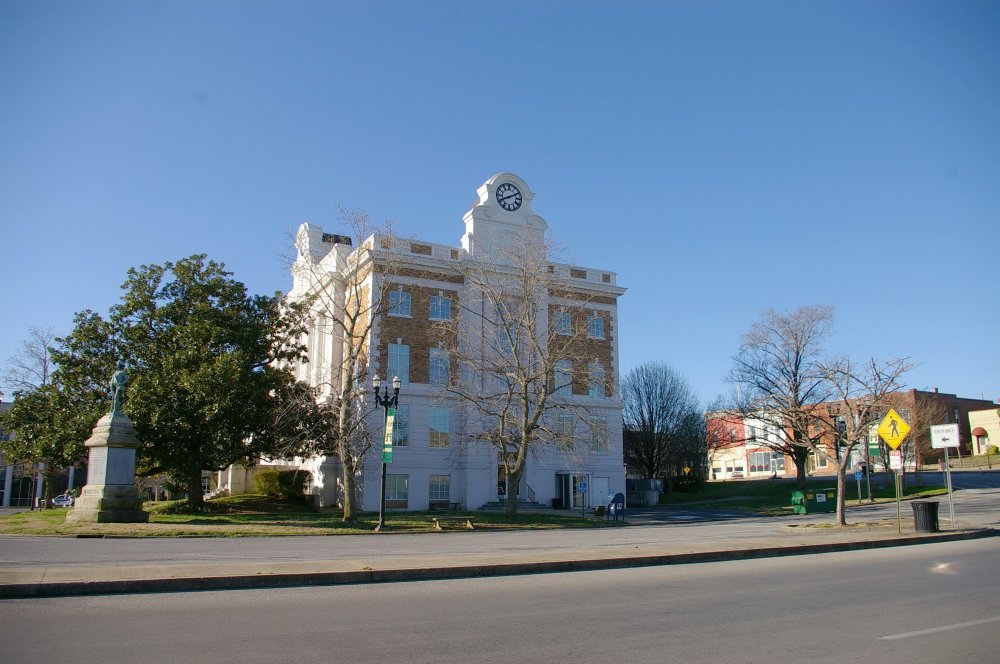 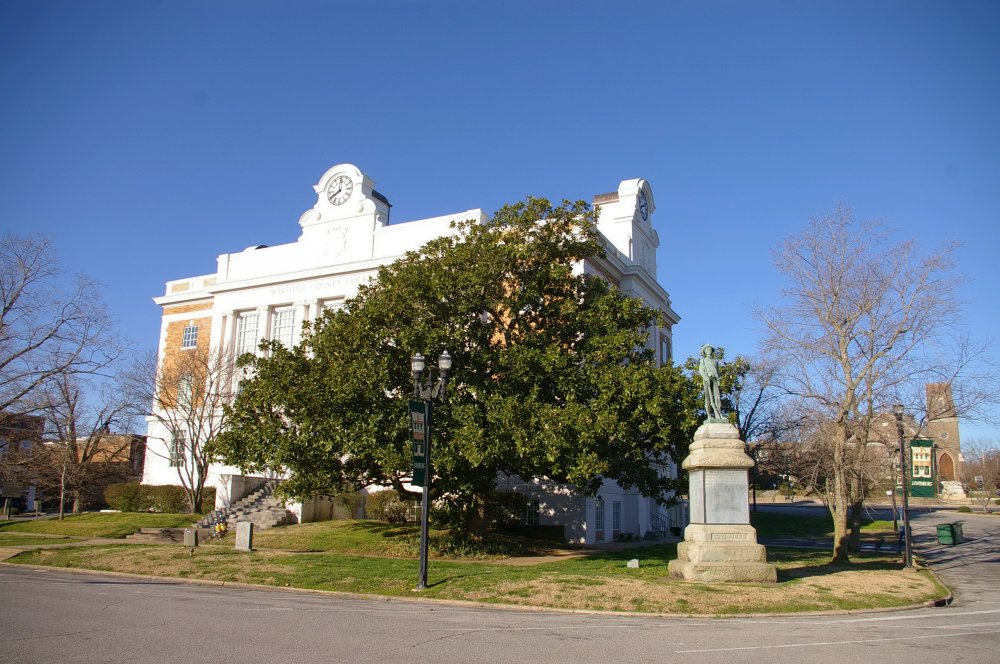 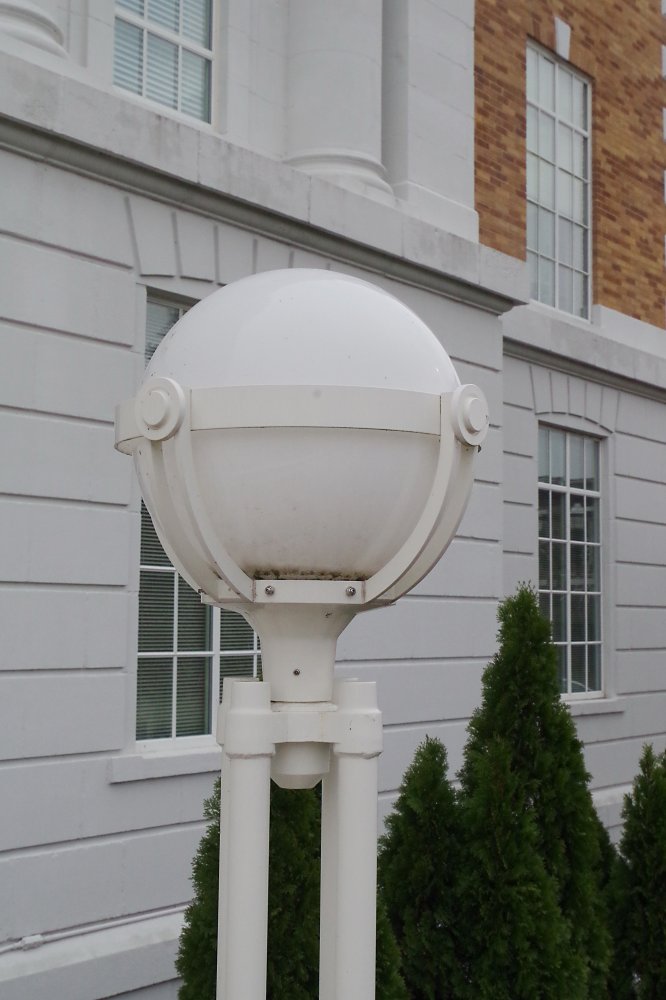 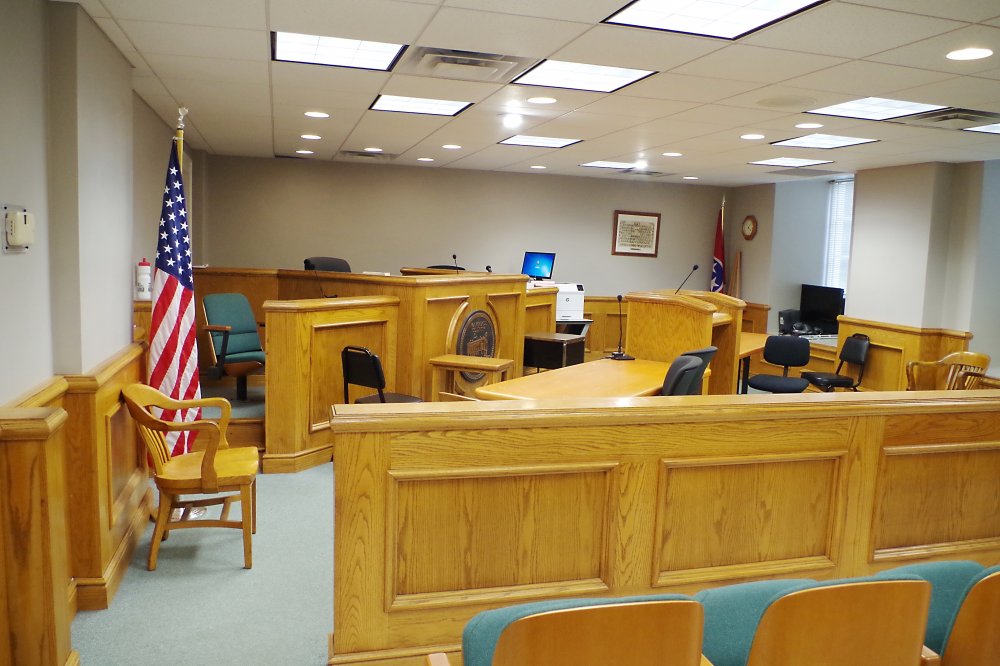 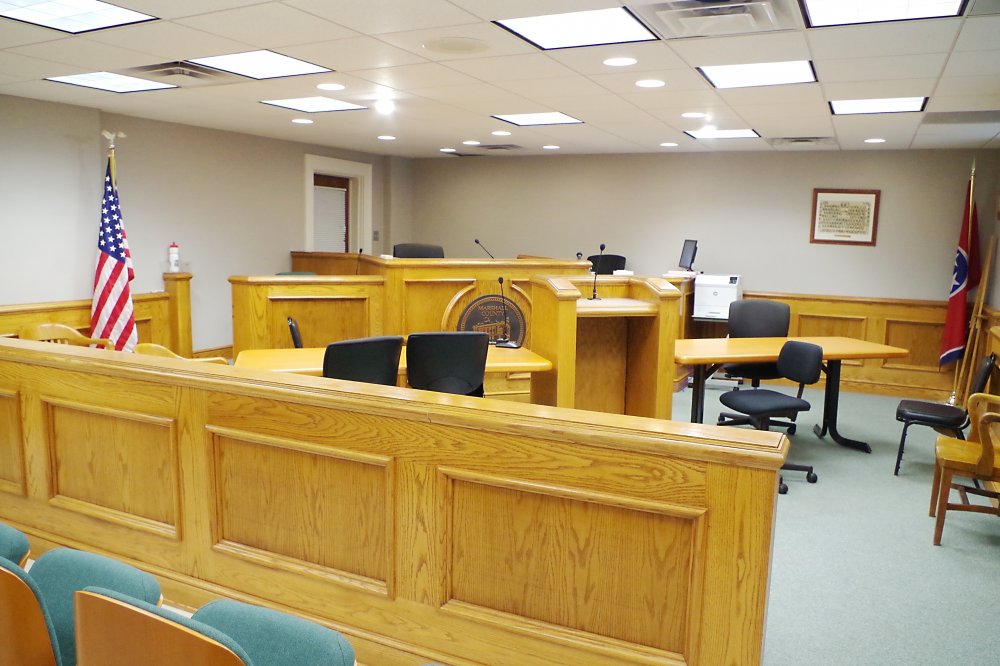 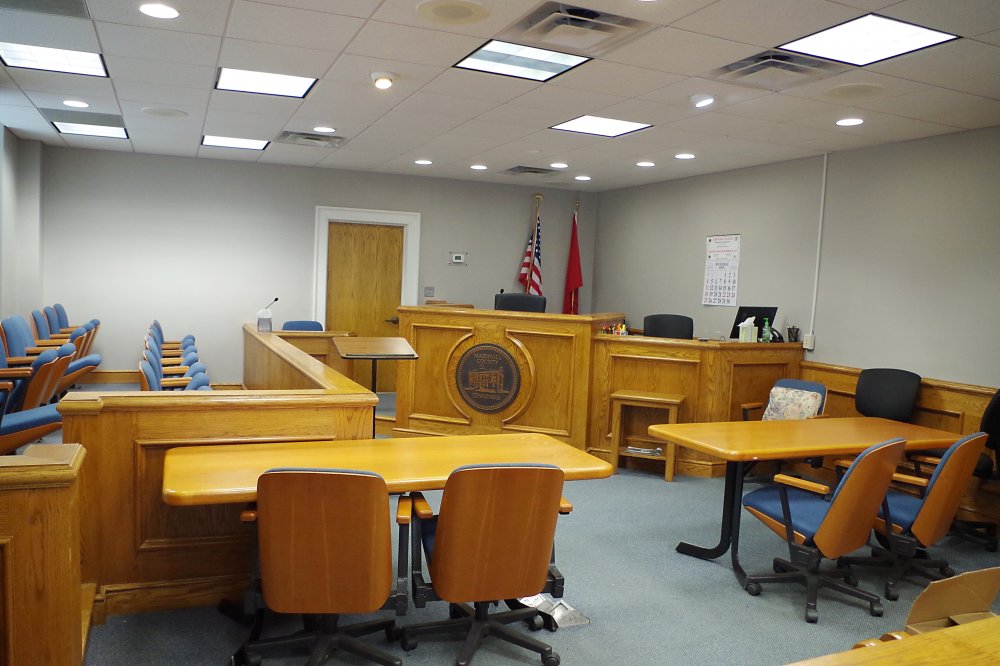