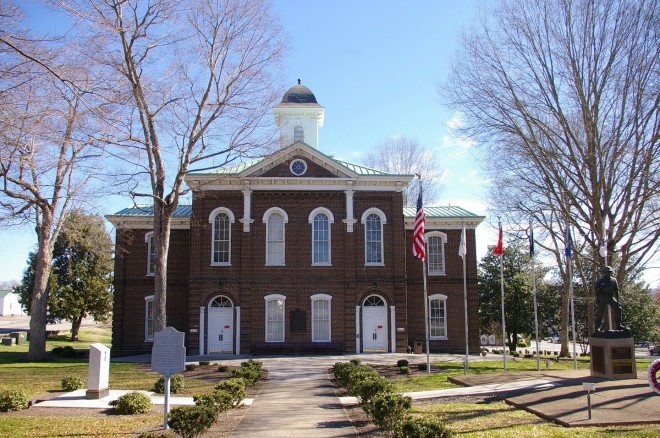 Loudon County is named for Fort Loudon, which was named for the Earl of Loudon, who led British and American forces during the French and Indian War.

Description:  The building faces southwest and is a two story dark red-brown colored brick structure. The building is located on spacious landscaped grounds in the center of the city. The southwest front has an arched entrance on either side, arched windows on the second story and a pediment with circular window at the roof line. There is an east and west wing. On the center of the roof is a square white colored cupola with black colored dome. The roof is hipped. The building was destroyed by fire on April 23, 2019.

Note:  The temporary courthouse is the City Hall at 201 Alma Place and Gay Street. Description:  The building faces south and is a one story buff colored brick and concrete structure. The building is located on landscaped grounds to the northeast of the center of the city along the Lee Highway. The south front has a central entrance with canopy. The roof line is flat. 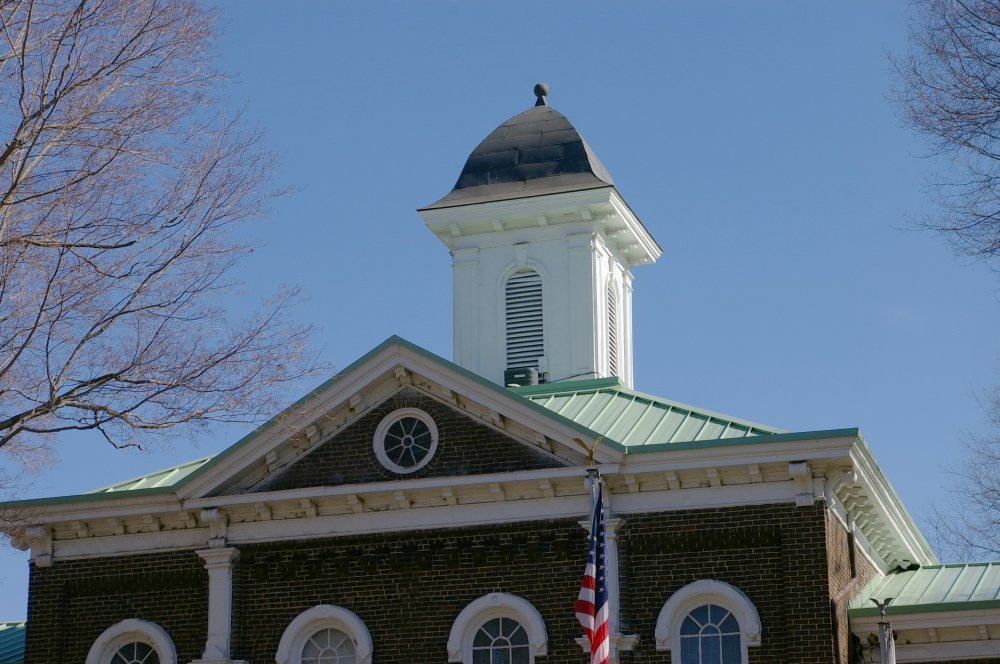