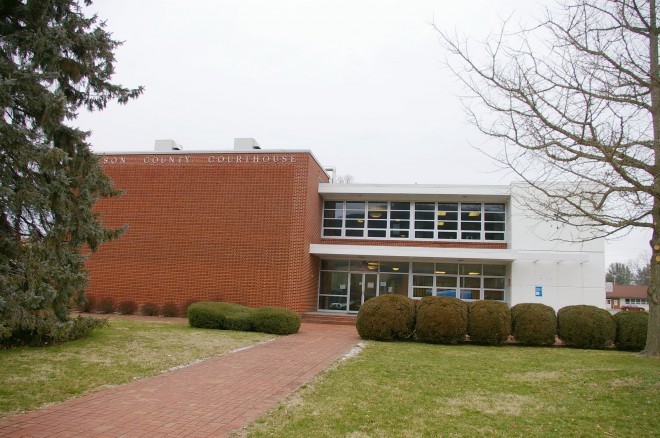 Johnson County is named for Thomas Johnson, who was an early settler of Carter County along the Doe River.

Description:  The building faces south and is a two story red colored brick, glass and concrete structure. The building is located on landscaped grounds in the center of Mountain City. The south front has horizontal; windows on the first and second stories on the east side. The west side of the building is red colored brick. The roof line is flat. The building houses the County Circuit Court, County Chancery Court, County Criminal Court, County General Sessions Court and County Juvenile Court of the 1st Judicial District.  An addition was constructed on the north side in 2007. The architect was Shaw & Shanks Architects of Johnson City and the contractor was C & T Construction Company, Inc. of Johnson City. 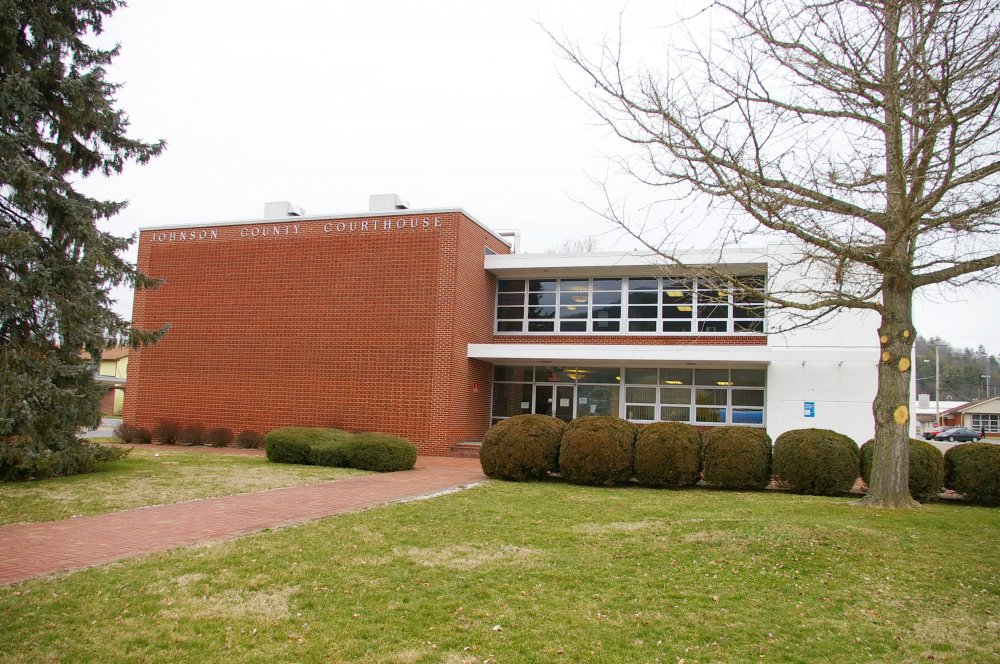 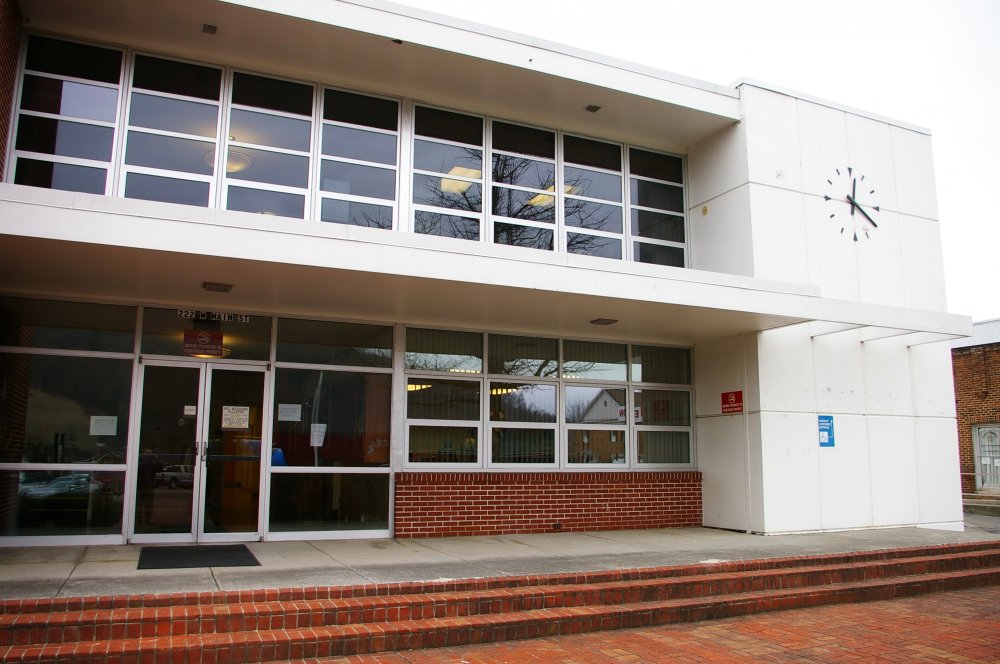 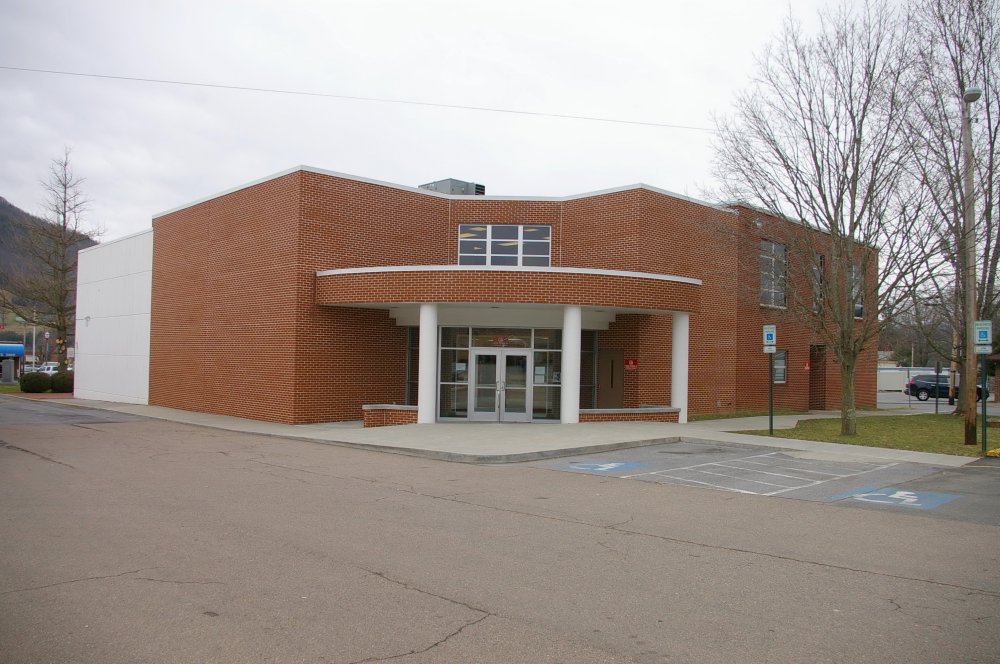 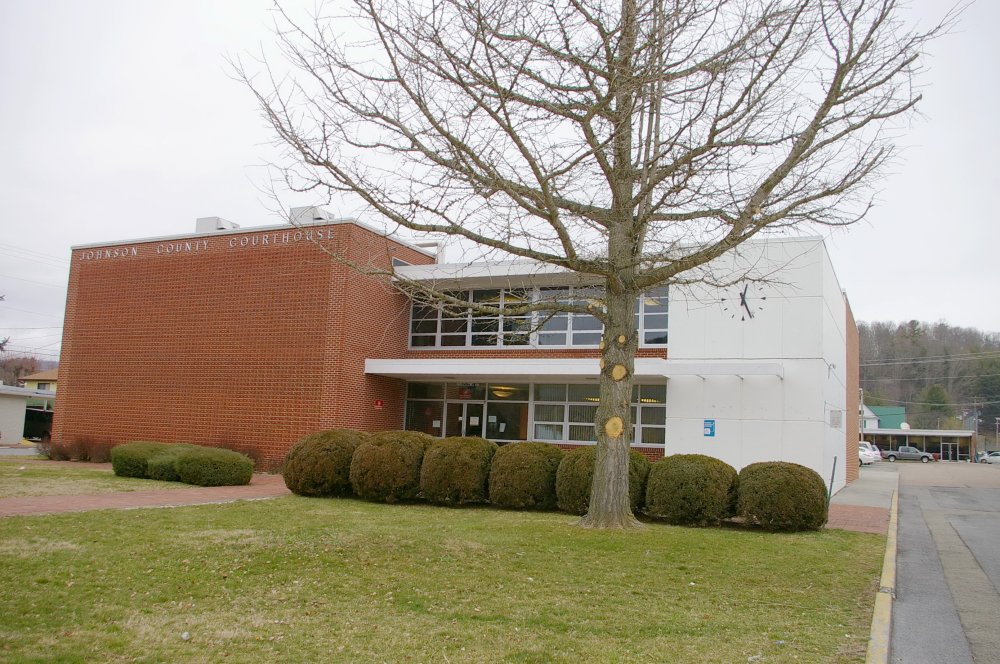 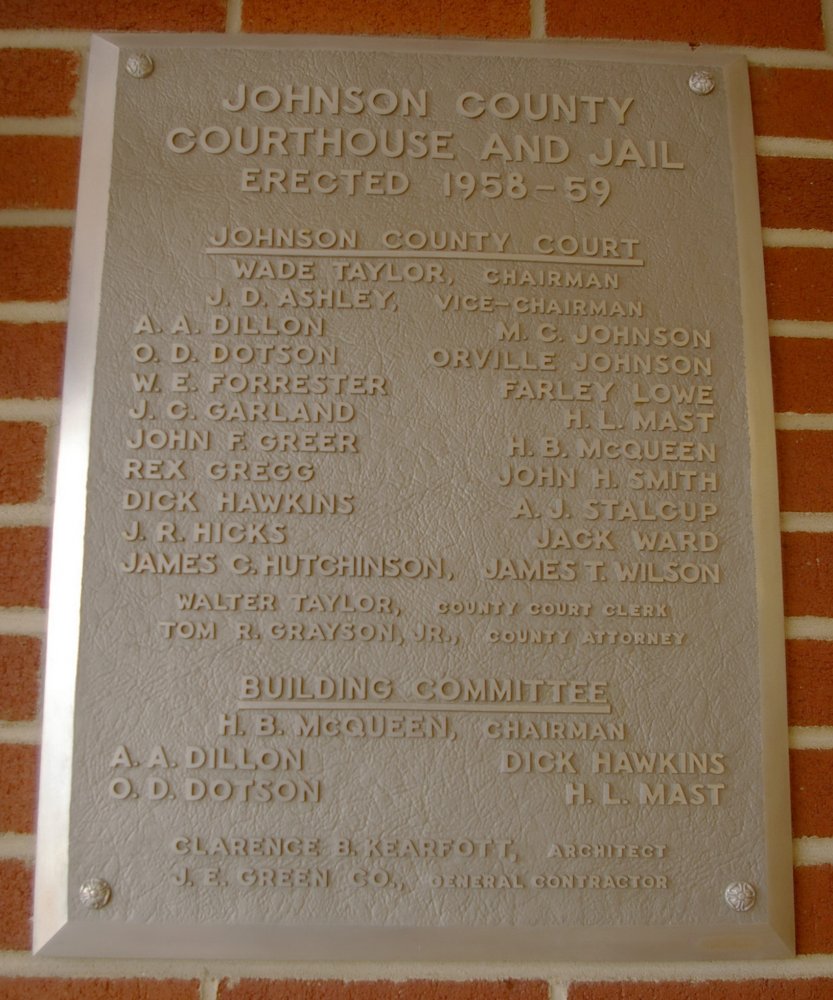 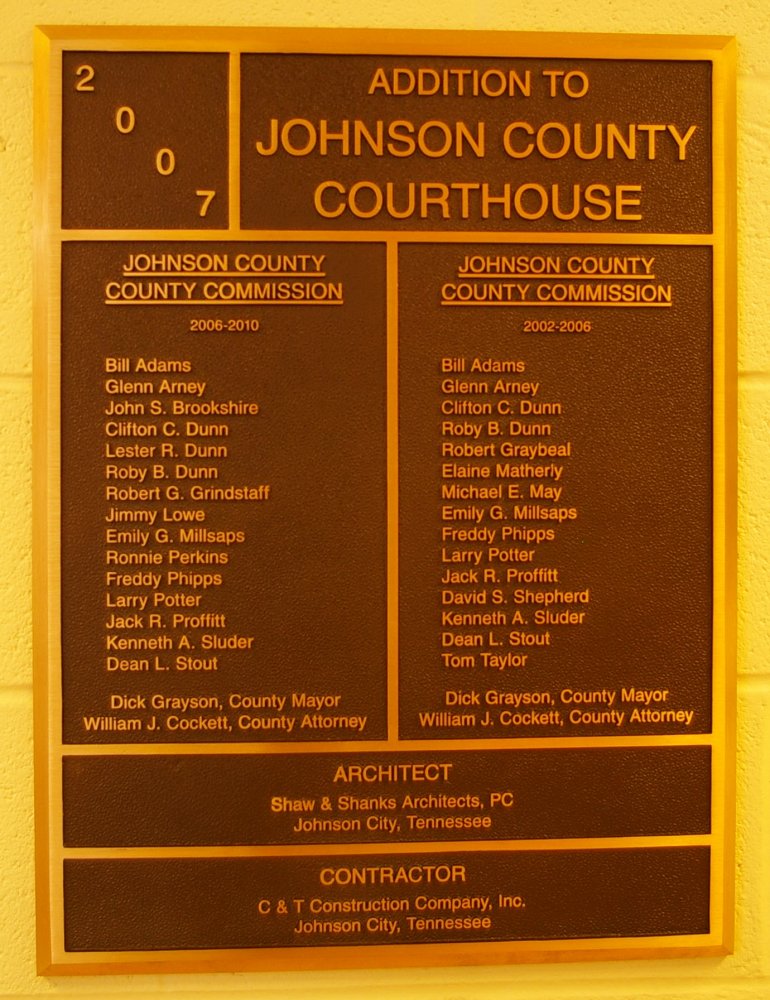