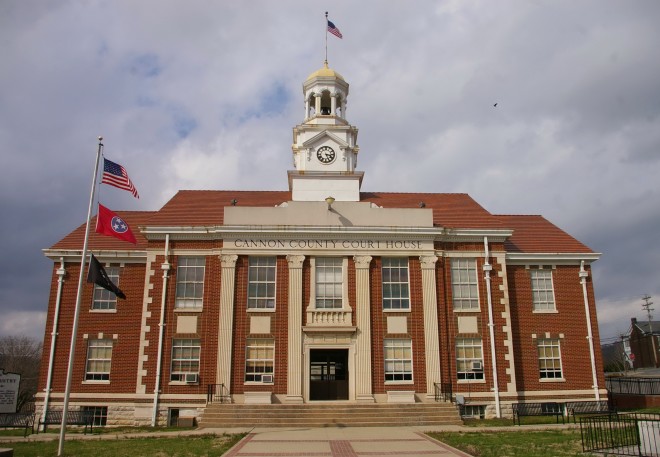 Cannon County is named for Newton Cannon, who was Governor of Tennessee from 1835 to 1839.

Description:  The building faces south and is a two story red colored brick and concrete structure. The building is located on landscaped grounds in the center of Woodbury. The south front has a central entrance on the first story with four pilasters rising to a header at the roof line. A high square white colored cupola rises above the entrance at the roof line having a clock and an open octagonal section with gold colored dome at the top. There is trim along the corners of the building. The base of the building is course stone. The red colored roof is hipped. In the interior there is a wide hall on the first story which runs east-west. A north-south hall intersects at an octagonal center lobby with a crushed stone mosaic map of the county embedded in the floor.  There is light-gold colored ceramic tile wainscoting with white colored plaster above. The courtroom is located on the second story and encompasses the entire length of the central lock and faces west. The courtroom is rectangular with white colored plaster walls with light-gold colored ceramic tile wainscoting. The building houses the County Circuit Court, County Chancery Court, County General Sessions Court and County Juvenile Court of the 16th Judicial District. 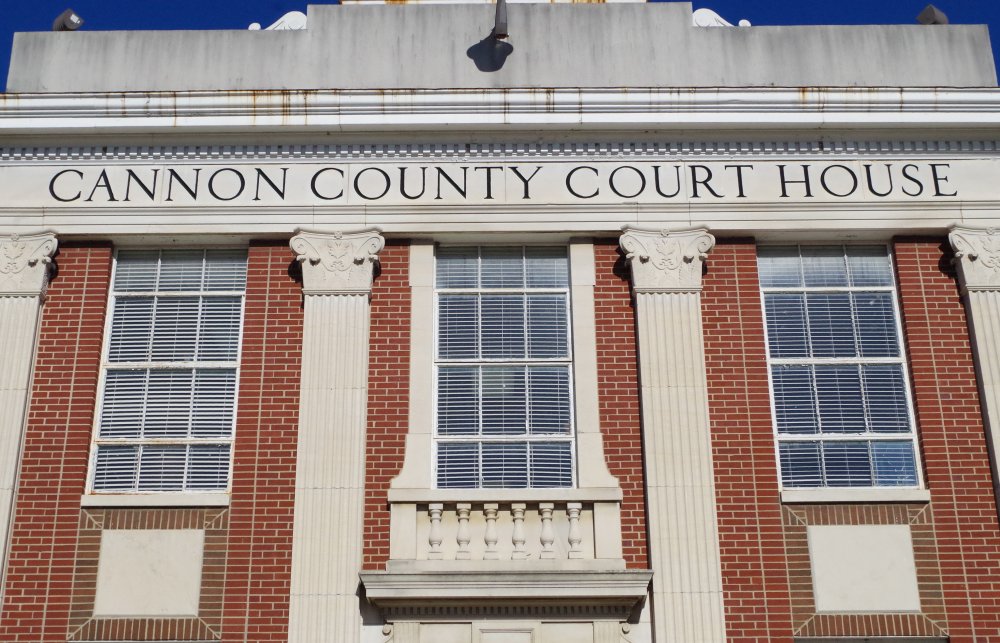 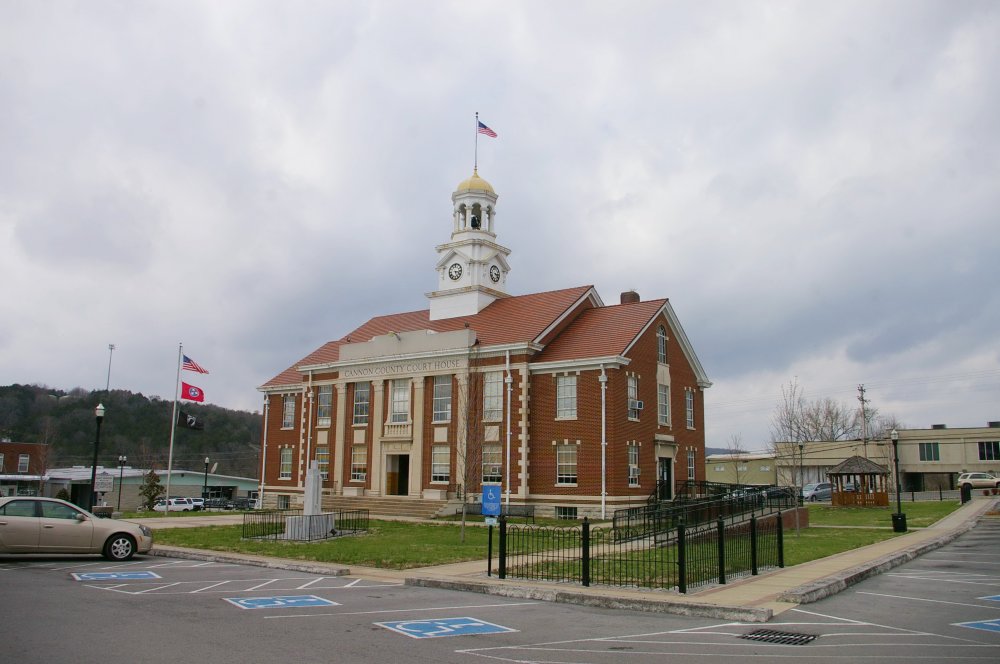 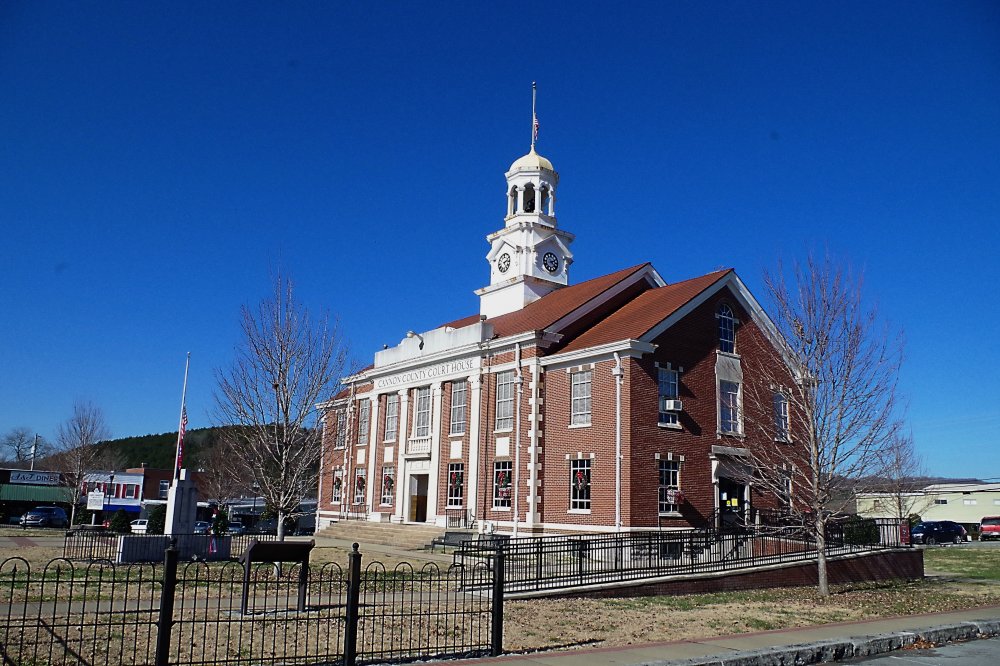 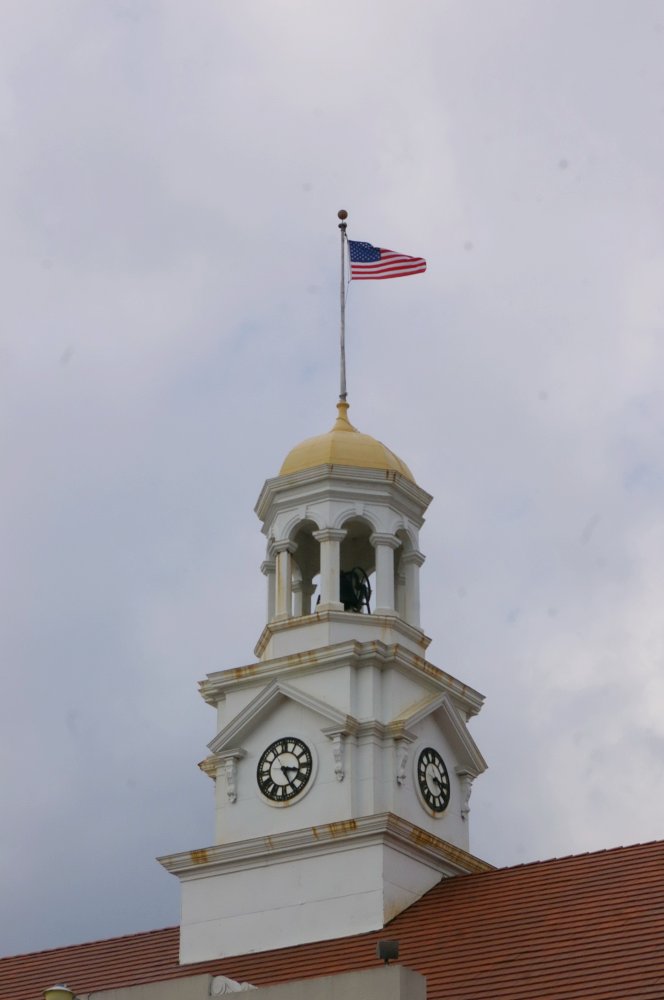 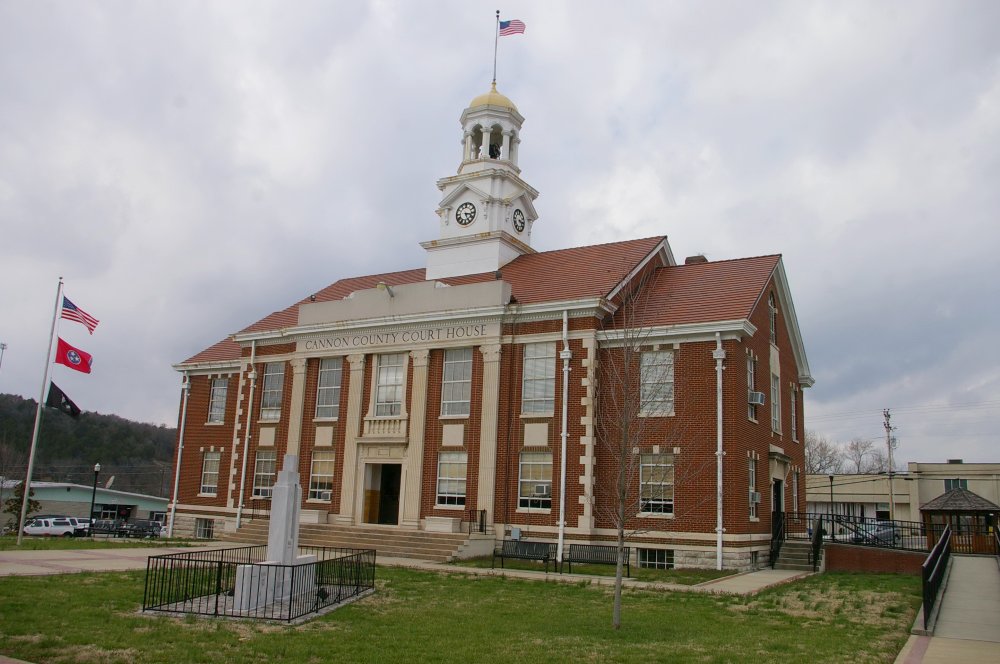 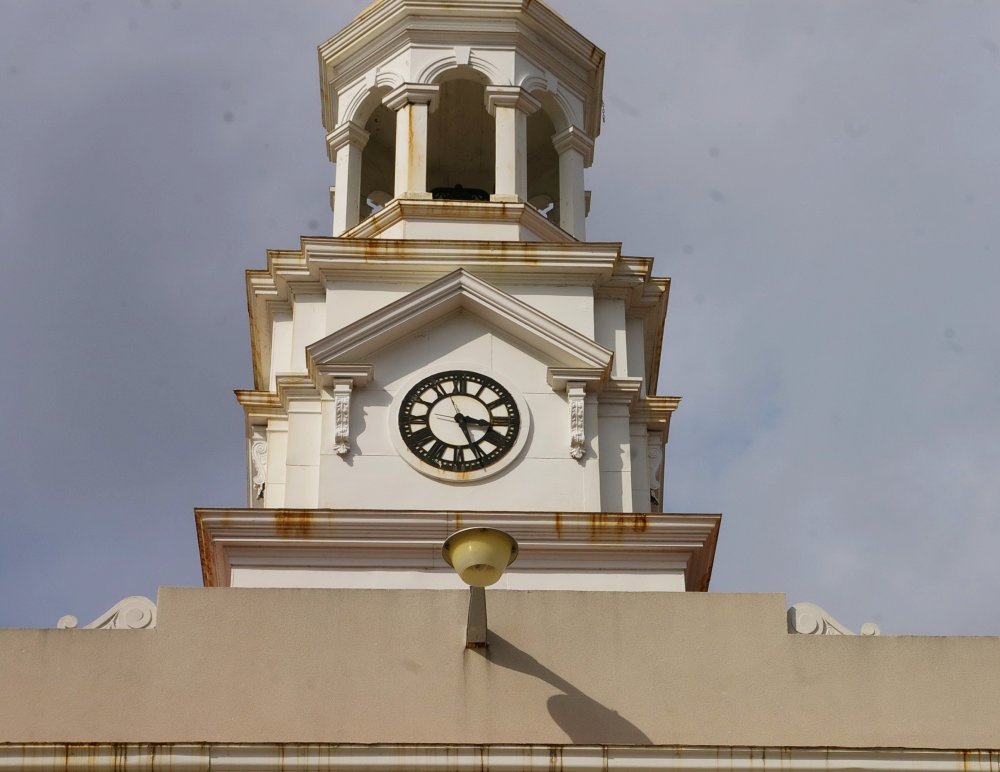 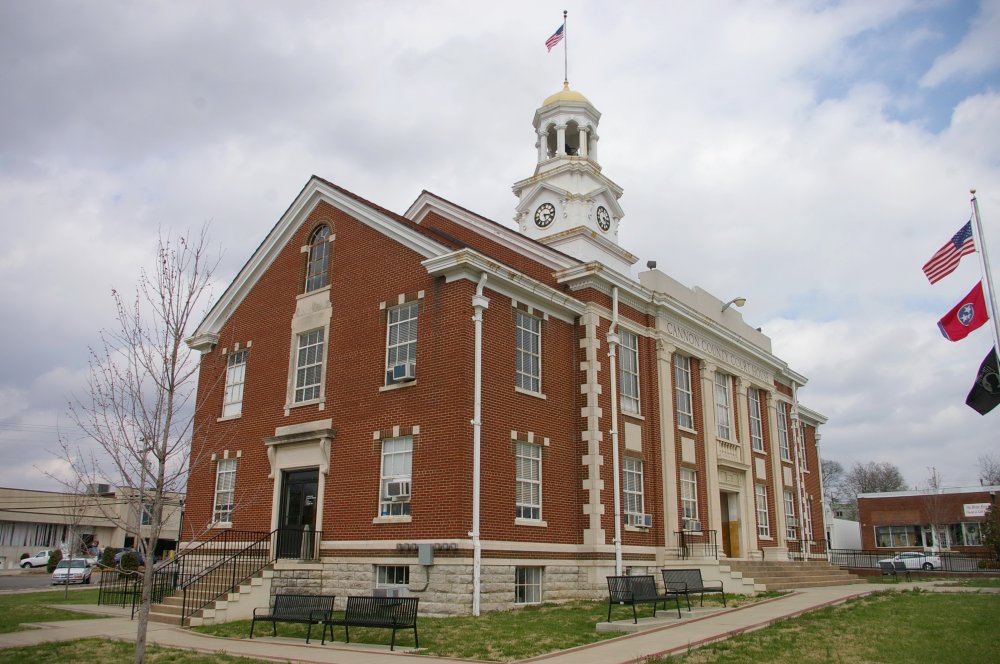 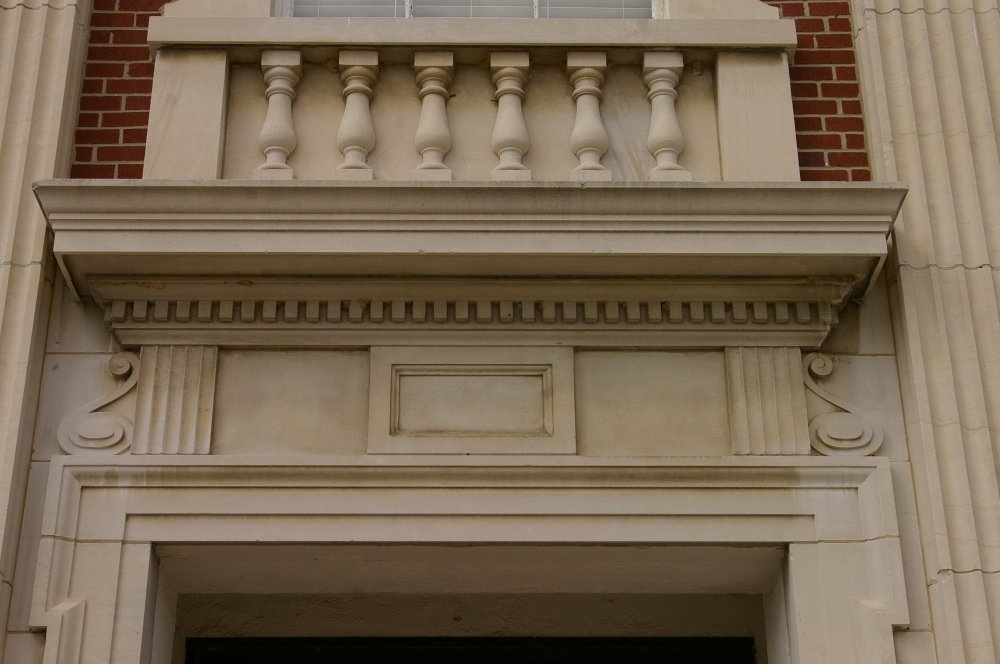 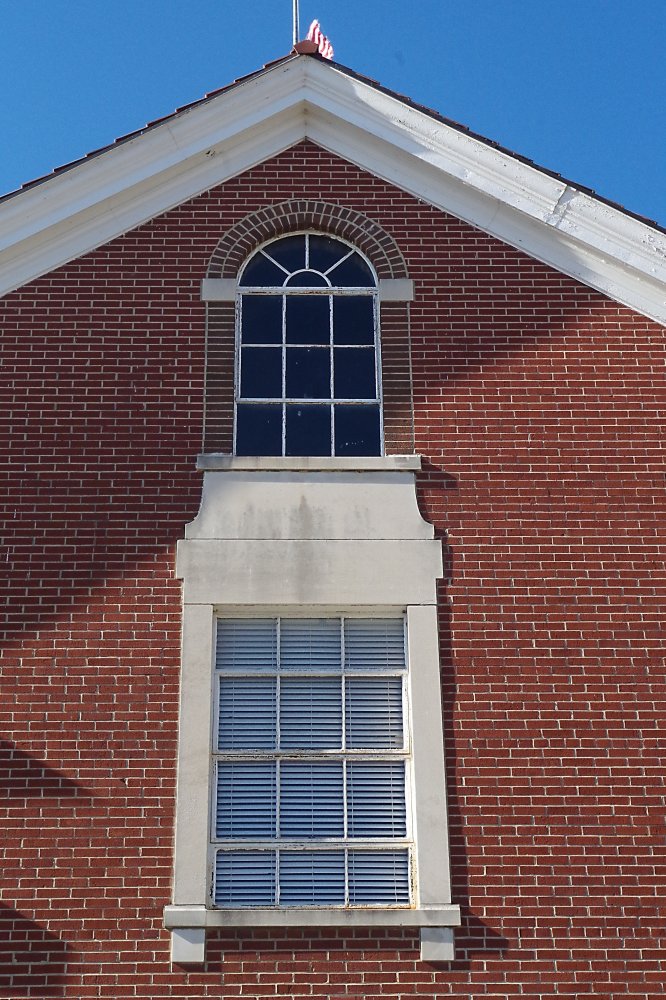 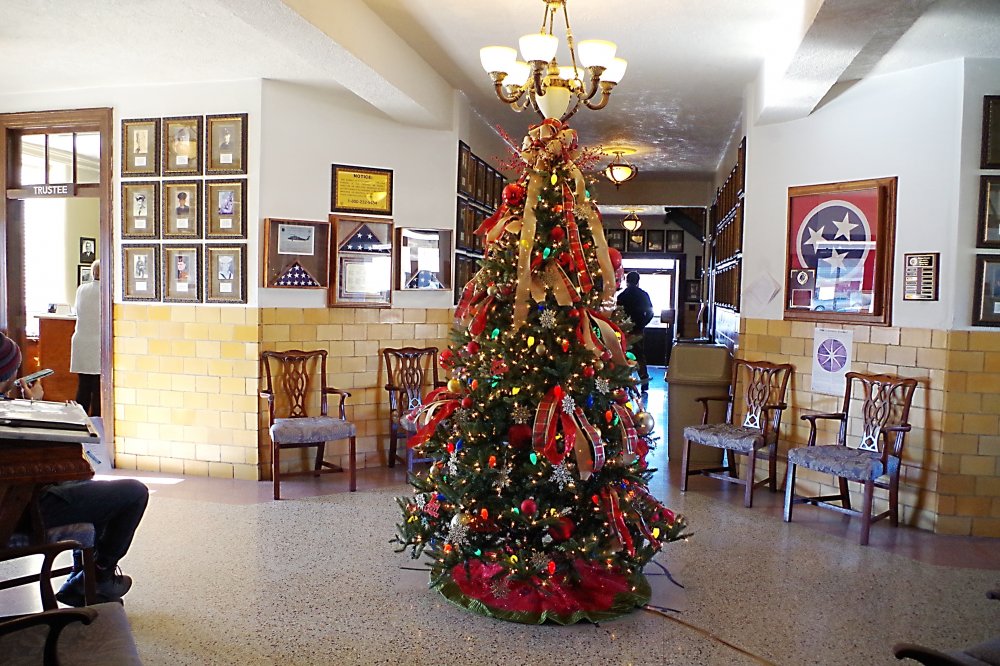