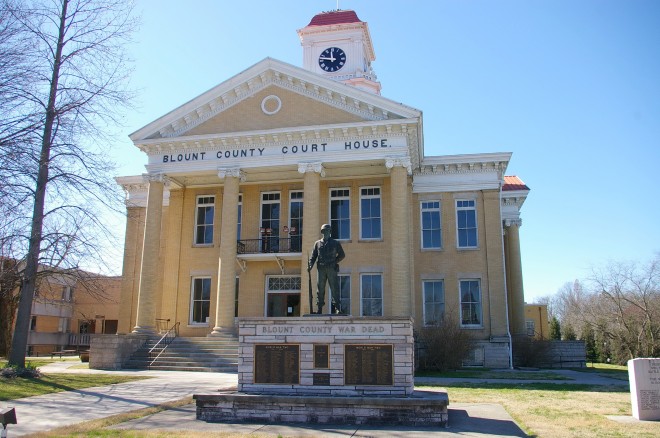 Blount County is named for William Blount, who was the governor of the Southwest Territory and a United States Senator.

Description:  The building faces north and is a two story yellow colored brick and concrete structure. The building is located on landscaped grounds in the center of Maryville. The north front has a large portico with four columns rising to a wide pediment at the roof line. On the center of the roof is a square white colored cupola with red colored roof. In the interior, the courtroom is located on the north side of the second story. The building was restored in 1978. The architect was Lindsay and Maple Architects, Inc. and the contractor was Joseph Construction Company. In 1975 a large Courthous Addition was added on the south and east sides. The Courthouse Addition houses the County Juvenile Court of the 5th Judicial District and county offices. The architect was Lindsay and Maple Architects, Inc. and Magon – McMurray Company. 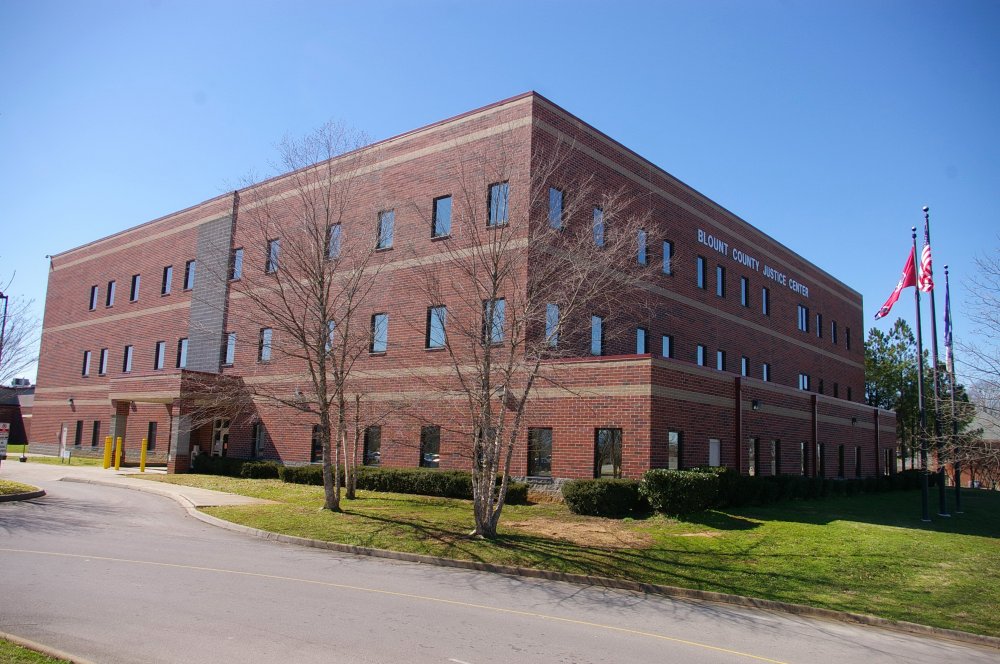 Description:  The building faces east and is a three story red colored brick and concrete structure. The building is located on landscaped grounds in the center of Maryville to the east of the courthouse. The east side has a central entrance with canopy. The first story extends north with a recessed second and third story. The roof line is flat. The courtrooms are on the first story. The building houses the County Circuit Court, County Criminal Court and County General Sessions Court of the 5th Judicial District. 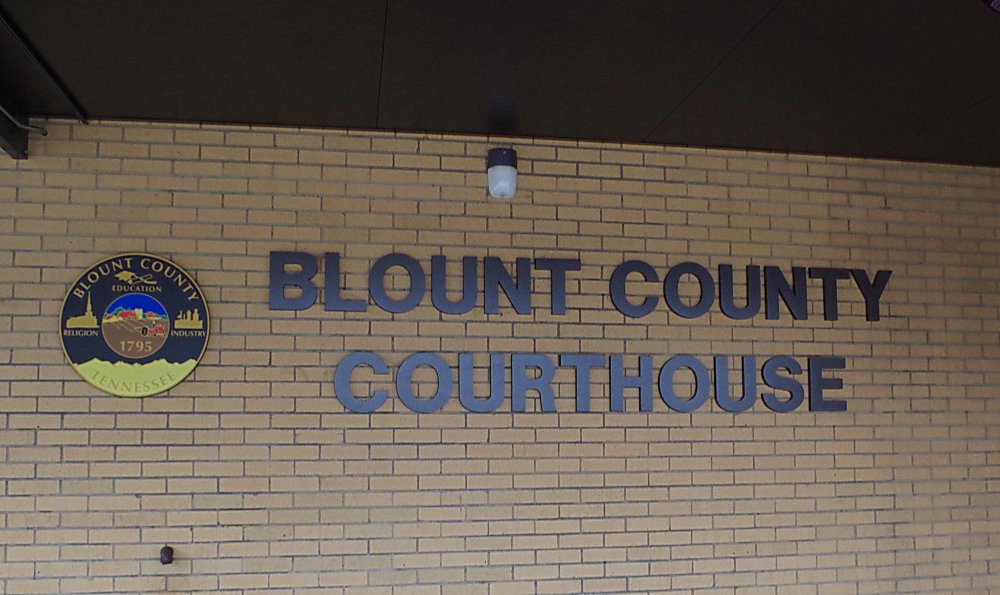 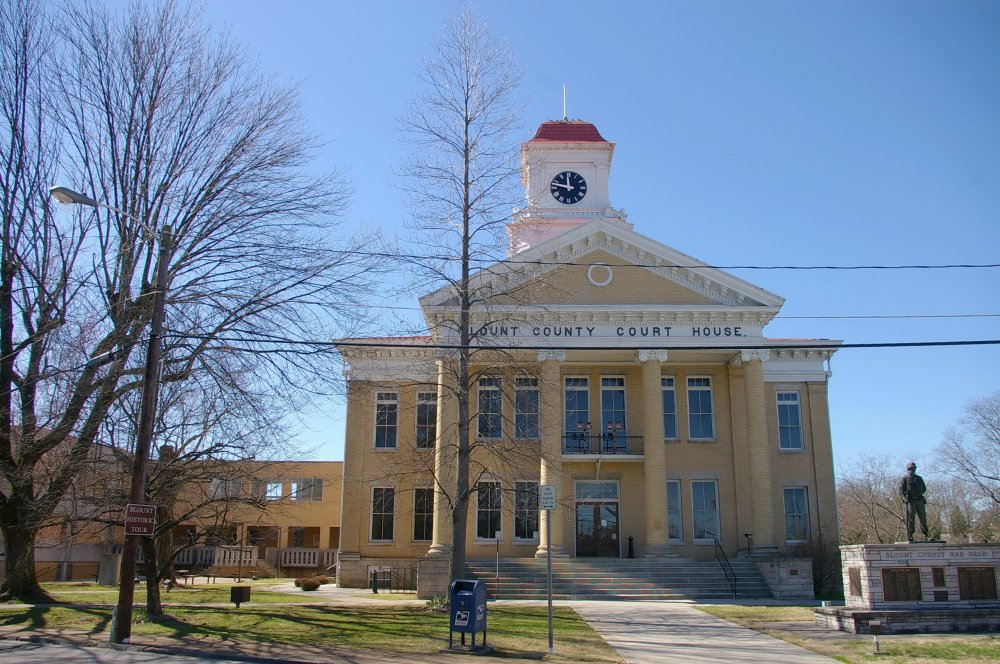 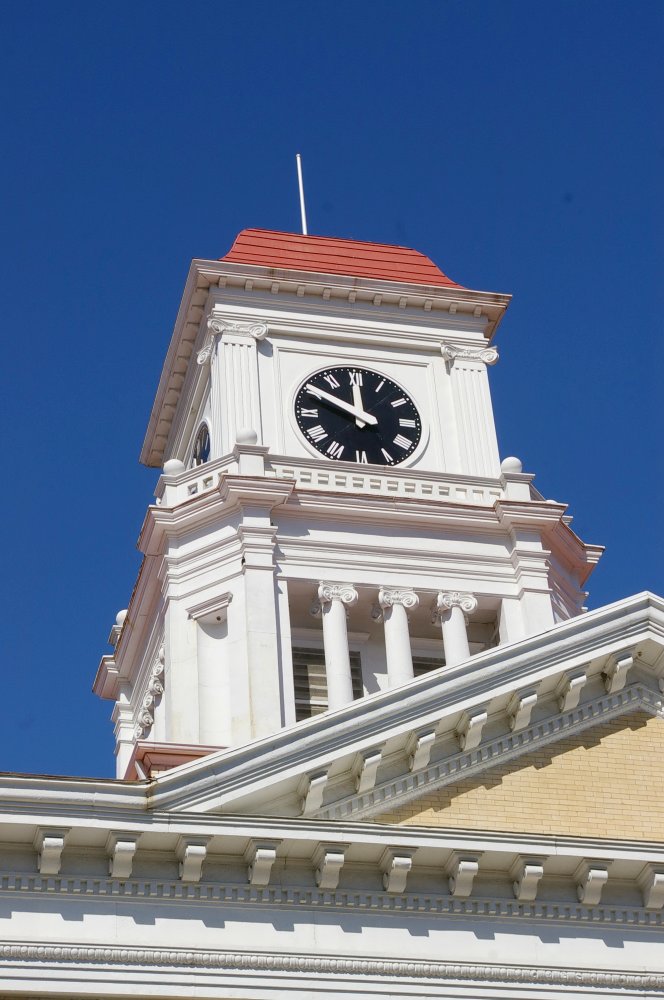 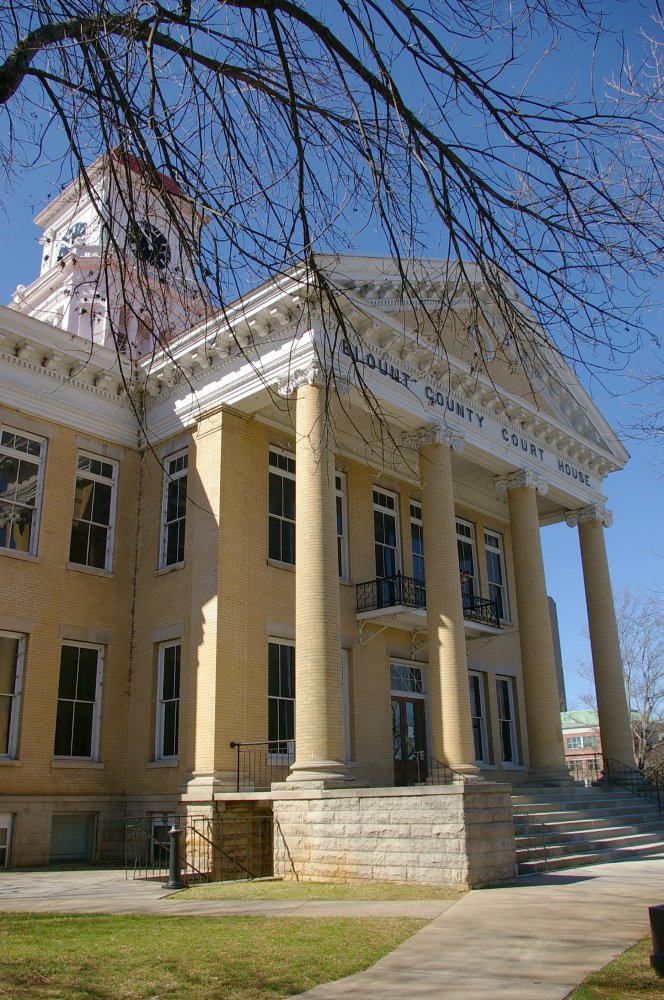 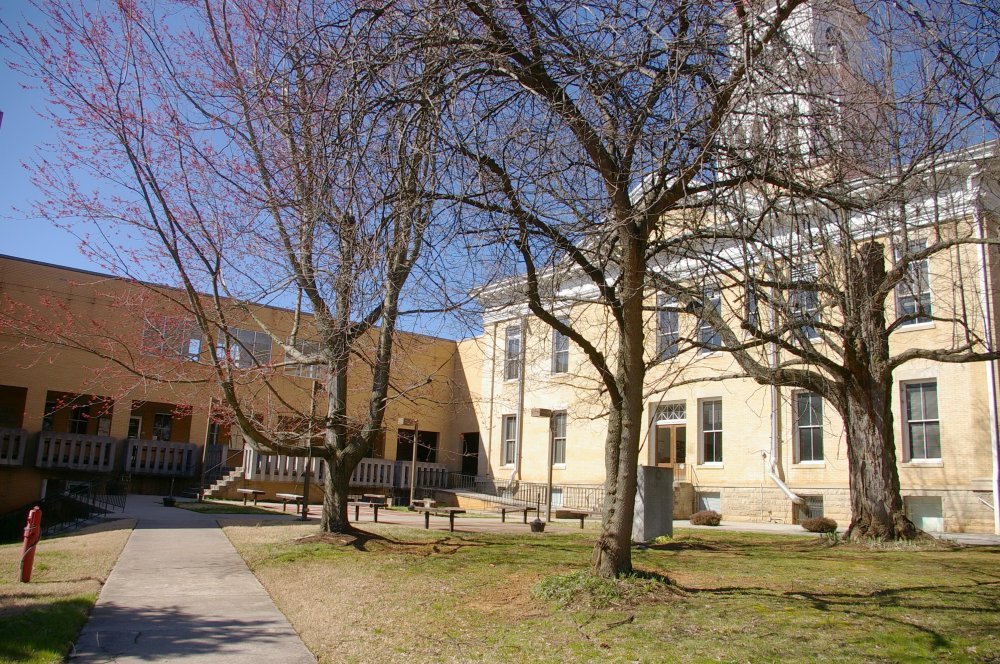 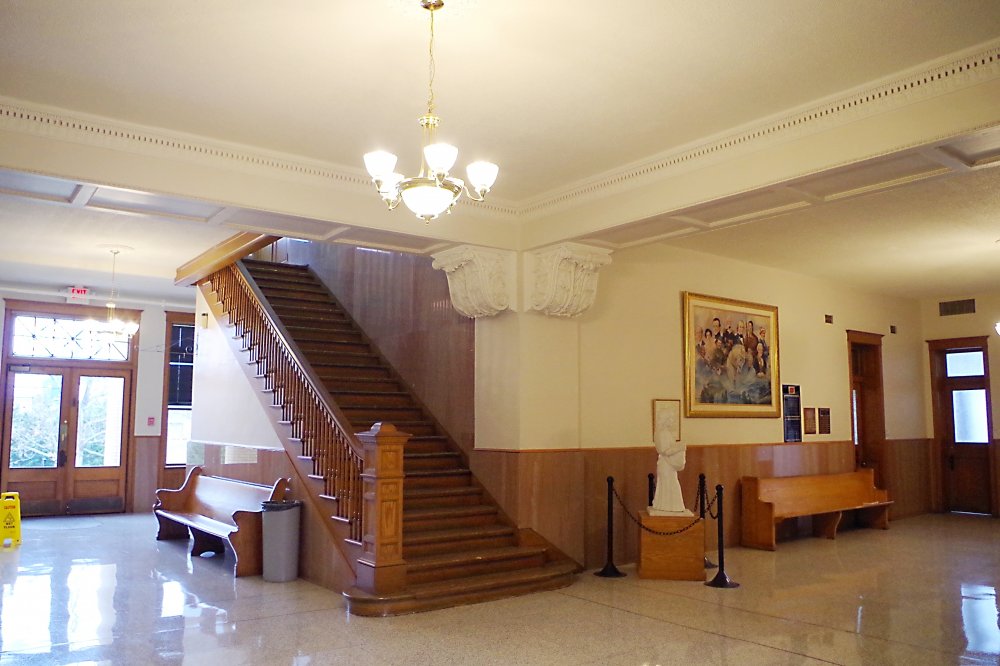 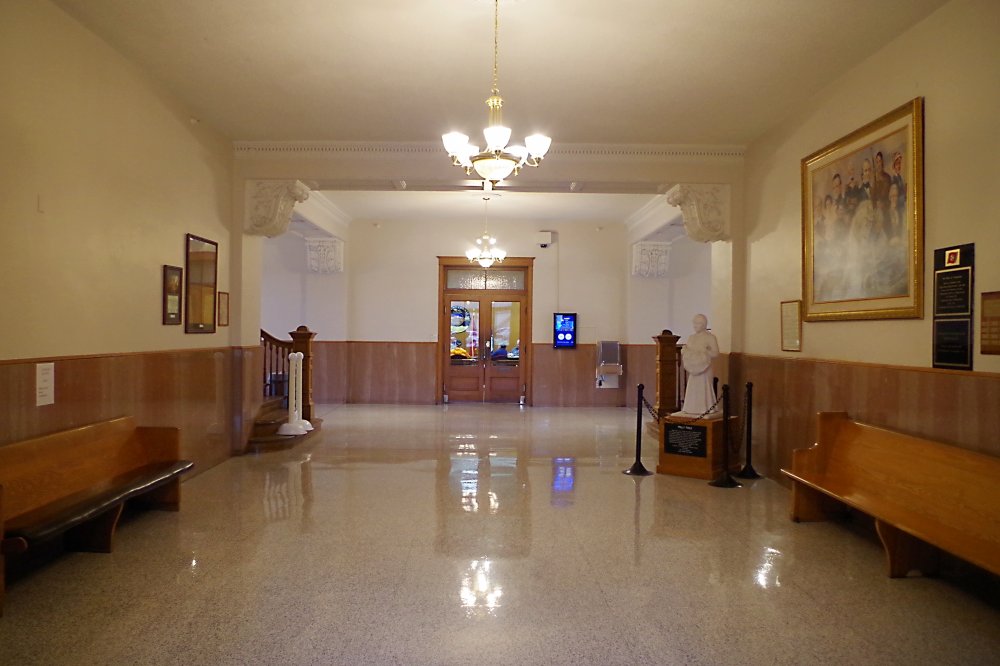 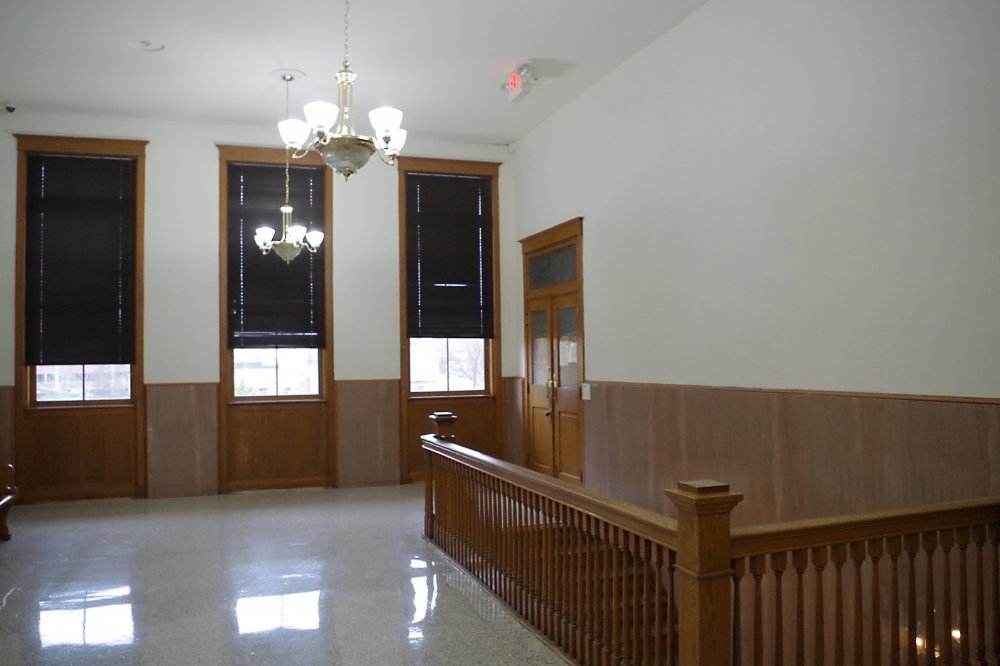 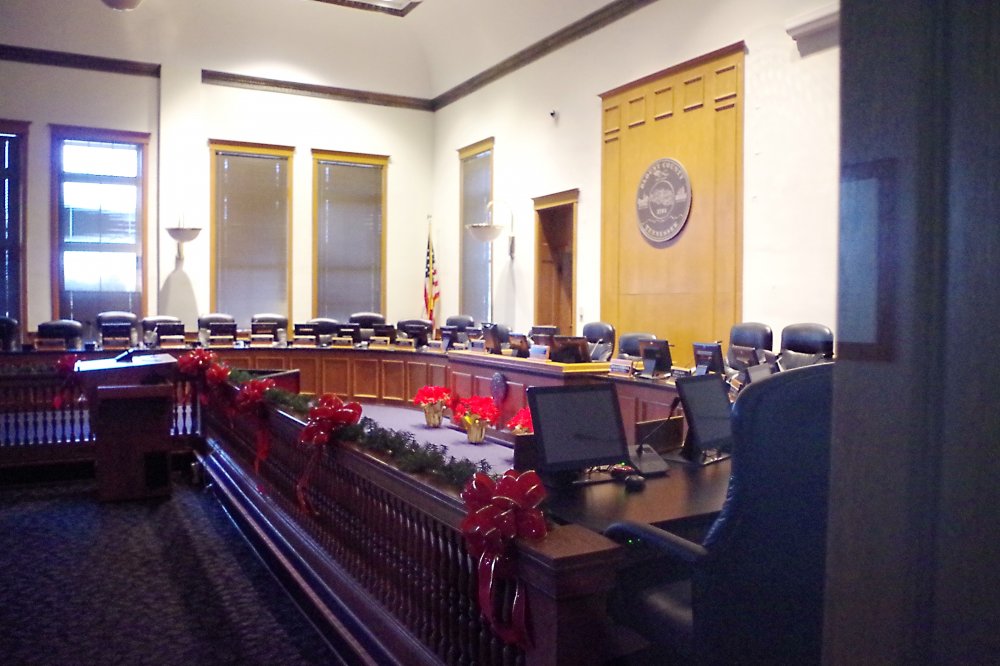