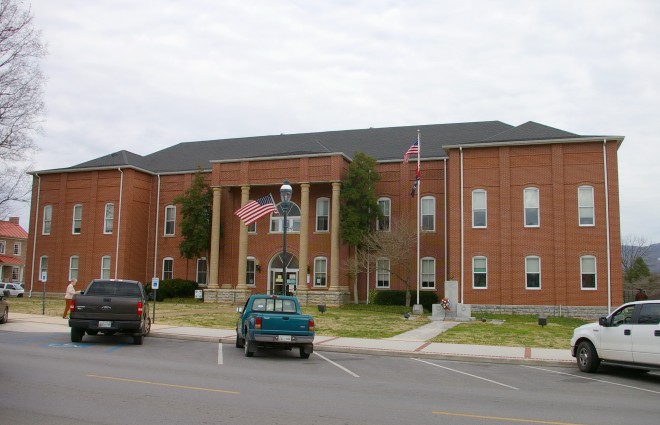 Bledsoe County is named for Anthony Bledsoe, who was a soldier in the American Revolutionary War, a surveyor and an early settler in Sumner County.

Description:  The building faces west and is a two story red colored brick and concrete structure. The building is located on the landscaped grounds of the Courthouse Square in the center of Pikeville. The building is an “H” shaped structure with extended sections on the north and south sides. The west front has a central portico with four columns rising to a header at the roof line. The entrance is arched. The north and south sections project from the main building. The roof is hipped. In the interior, the first story has a long north-south corridor. There is wooden strip wainscoting and dark-stained doors frames. At the north end is a dog-leg metal staircase ascending to the second story. The staircase has original iron newel posts, iron handrail and iron balusters. The second story has a pressed tin ceiling and the courtroom with faux pine floor to ceiling paneling and pine flooring. The building houses the County Circuit Court, County Chancery Court, County General Sessions Court and County Juvenile Court of the 12th Judicial District. On the east side of the building is a one story office building constructed in 1965. 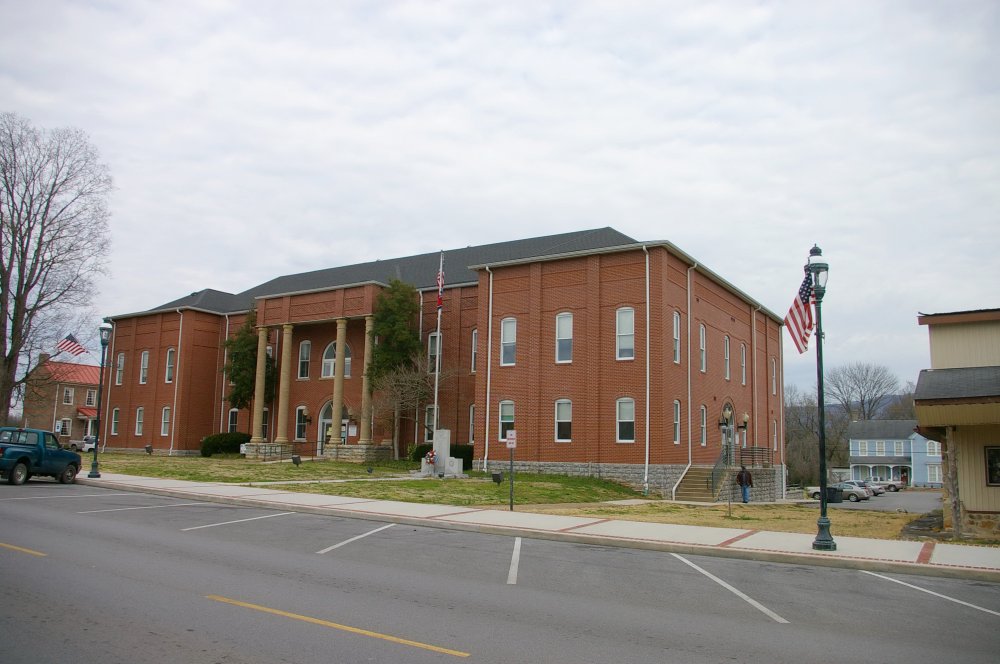 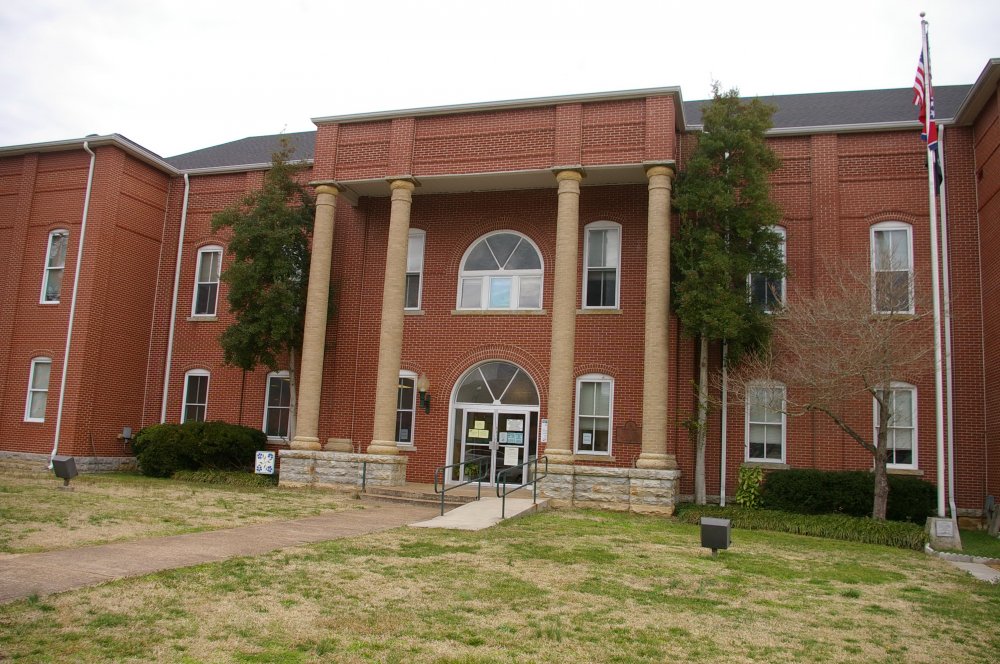 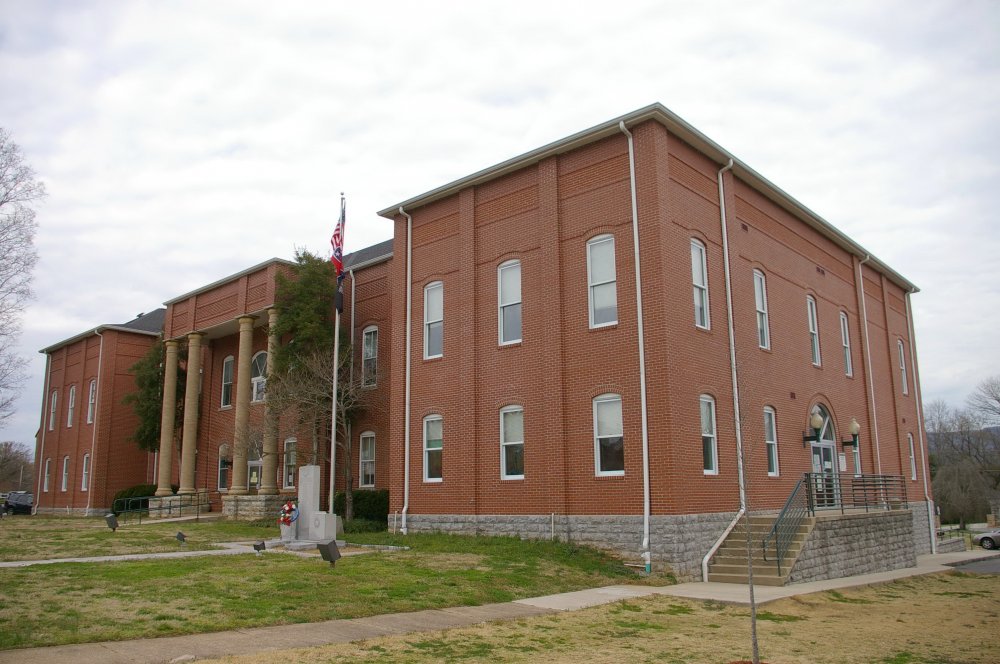 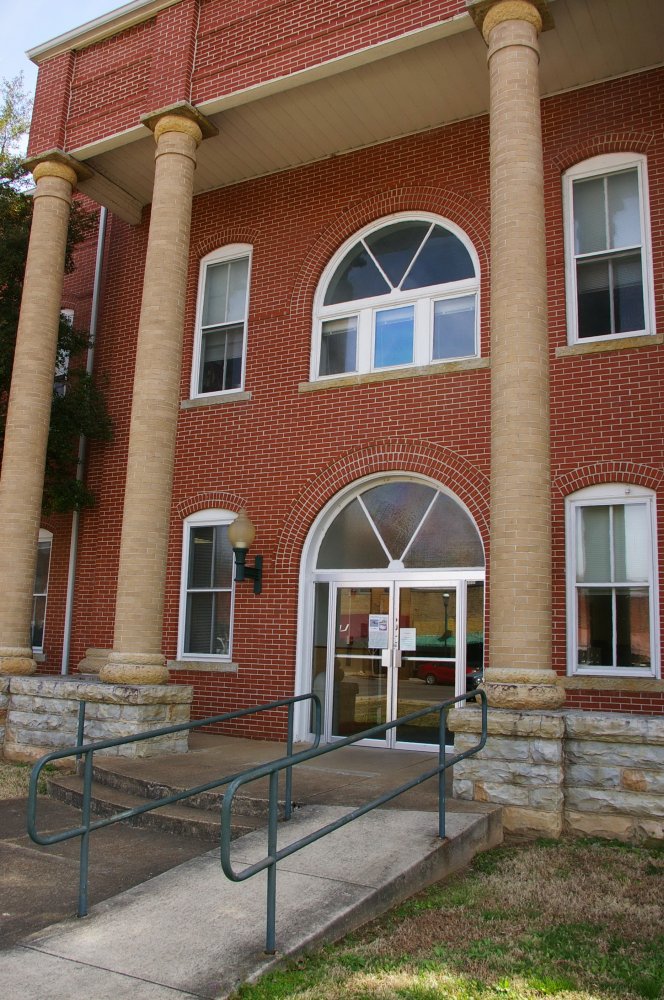 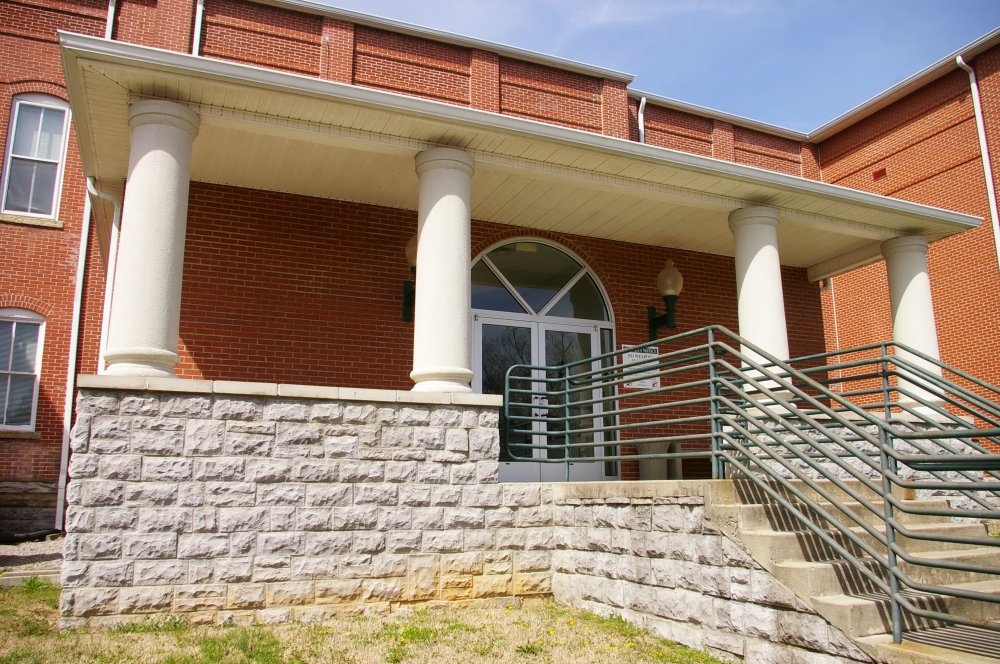 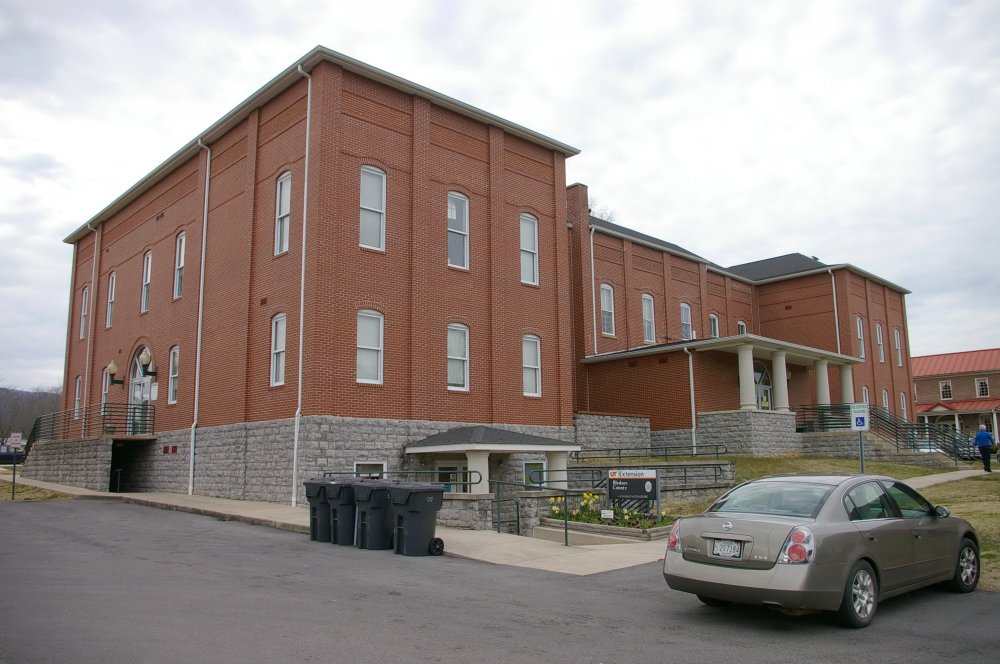 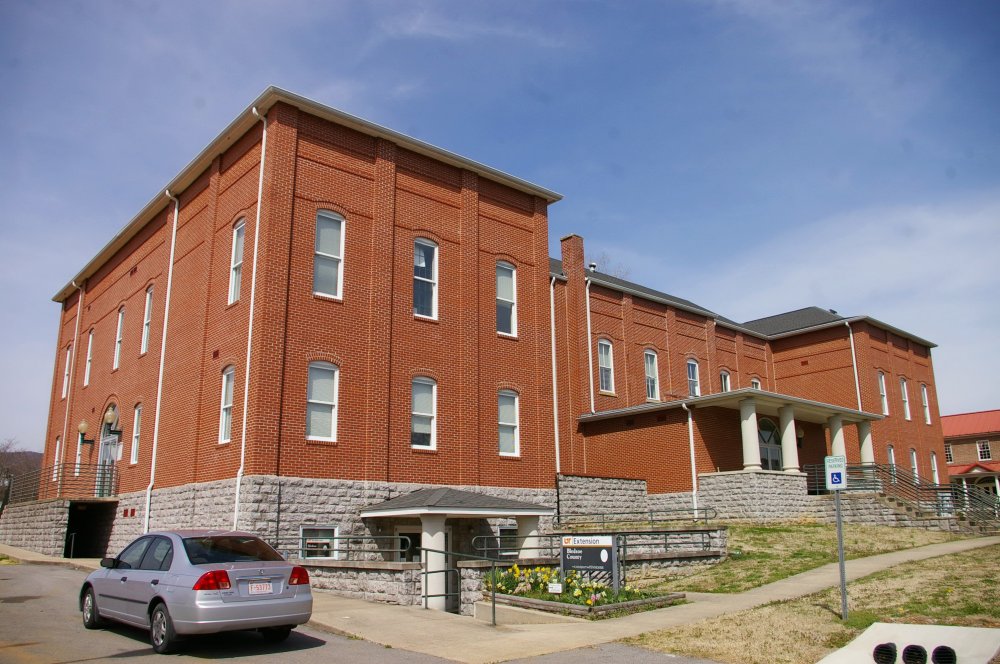 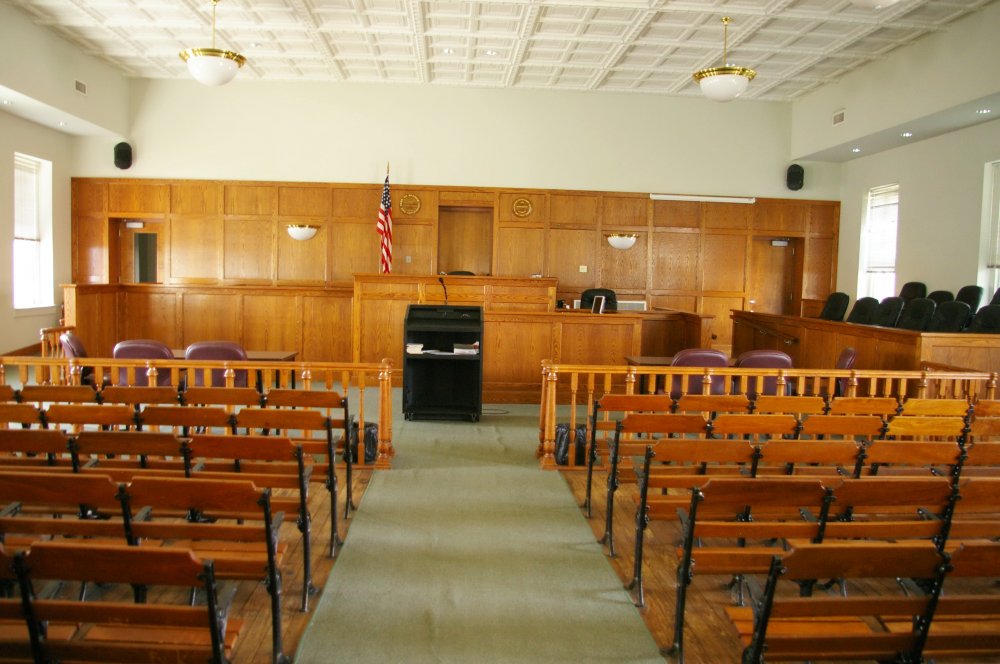 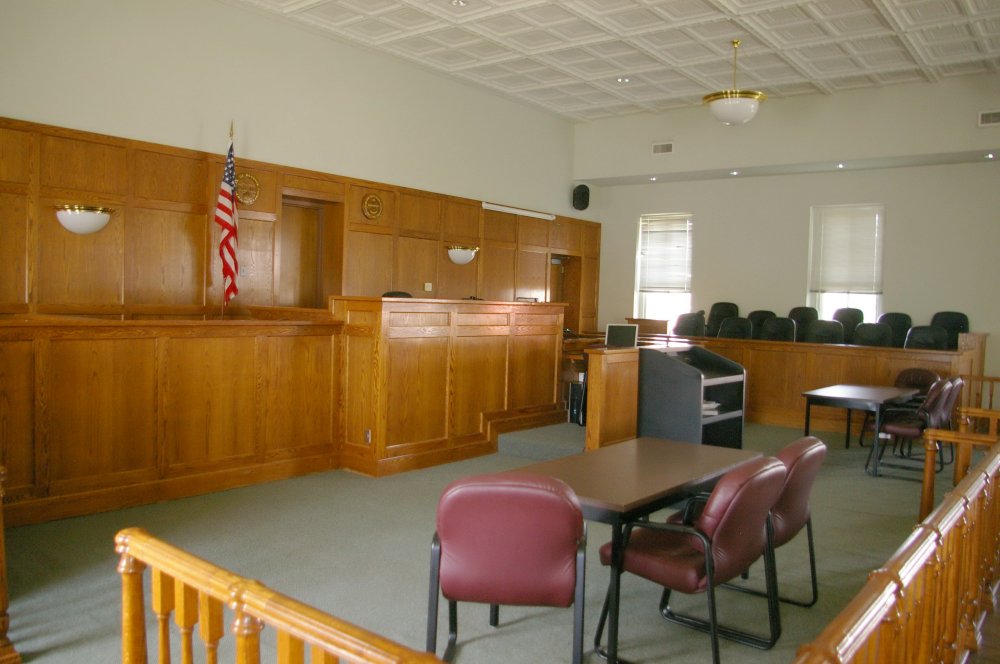 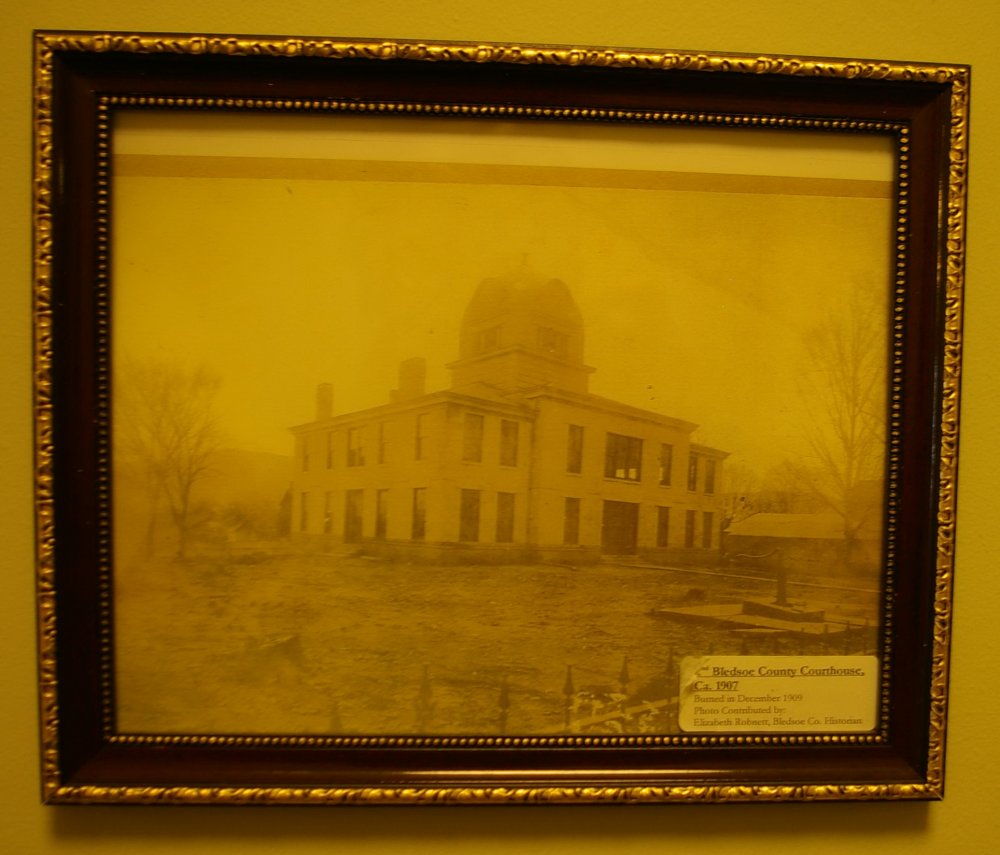