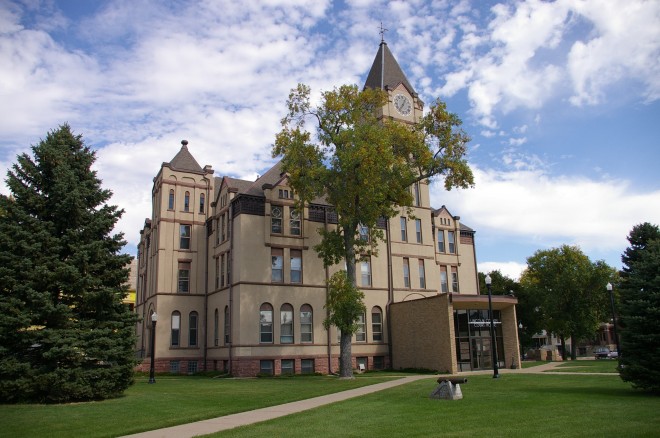 Description:  The building faces south and is a three story buff colored stucco structure. The present section was on the east side of the then existing courthouse built in 1875 by the Canton Building and Improvement Association. On the south front, a square tower with clock and open arcade, rises above the entrance which has an enclosed portico. Horizontal bands of dark stone divide the floors and decorate the central tower. The base of the building is sandstone. From 1899 to 1900, an addition was added on the west side with the clock tower. The oldest section of the building constructed in 1875, was removed and replaced by the addition. 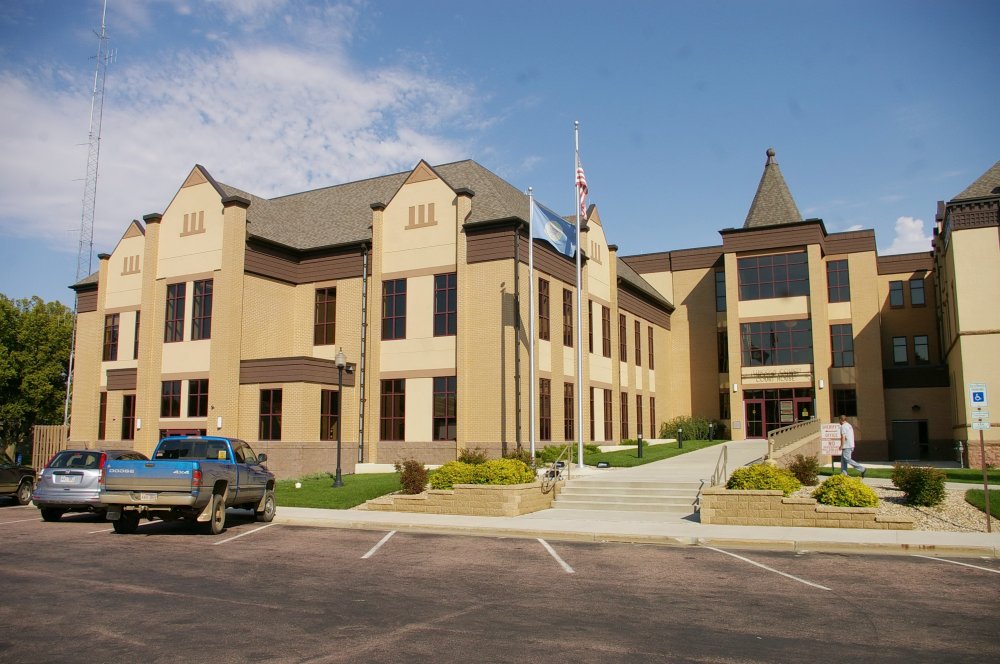 Description:  The building faces west and is a three story buff colored brick, concrete and glass structure. The building is located on the north side of the courthouse.. On the south is the main entrance with glass doors and glass window sections on the second and third stores. This section connects with the original courthouse. The north section extends west and has rectangular windows and a slopped roof.  During construction, the project manager was The Winkels Group of Sioux Falls. 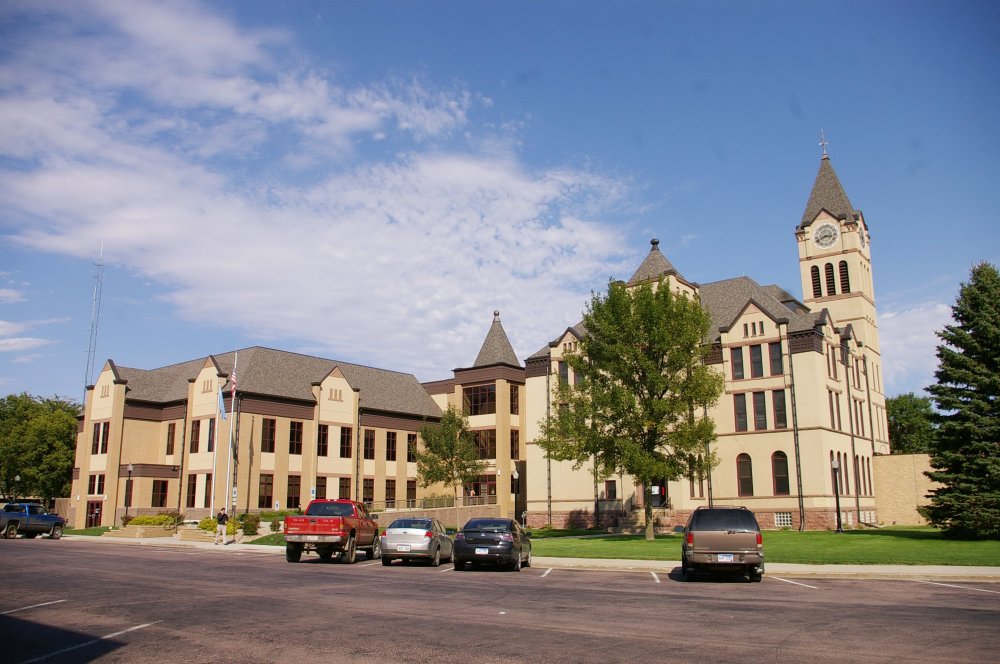 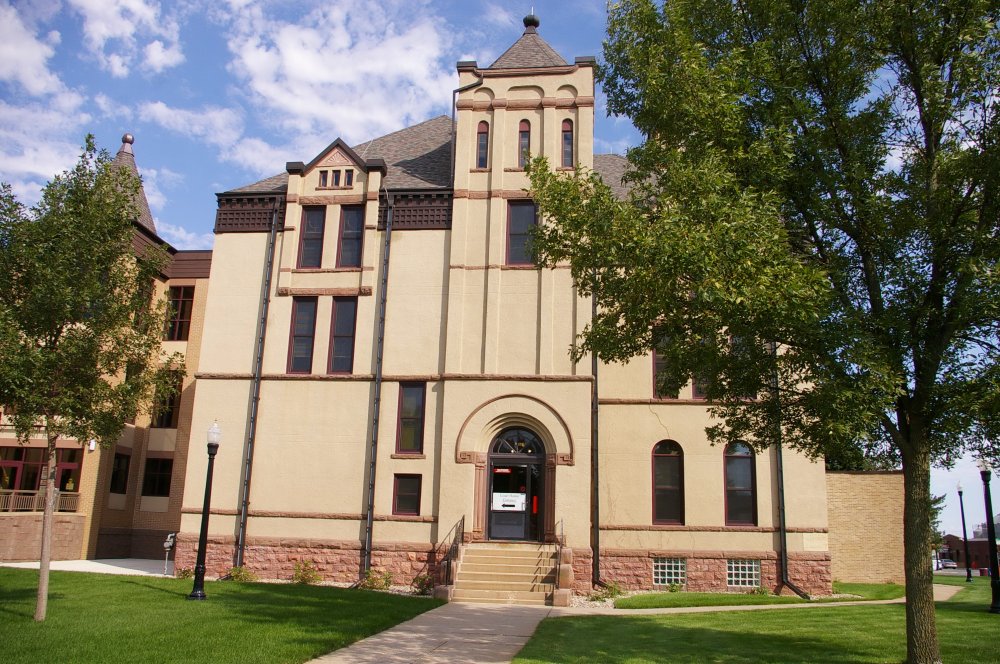 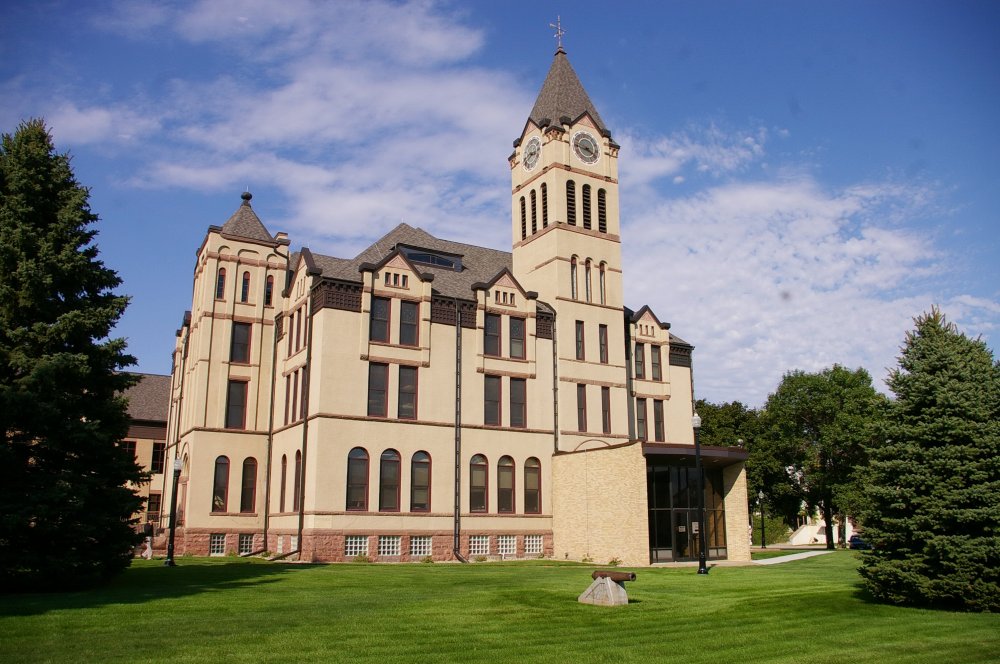 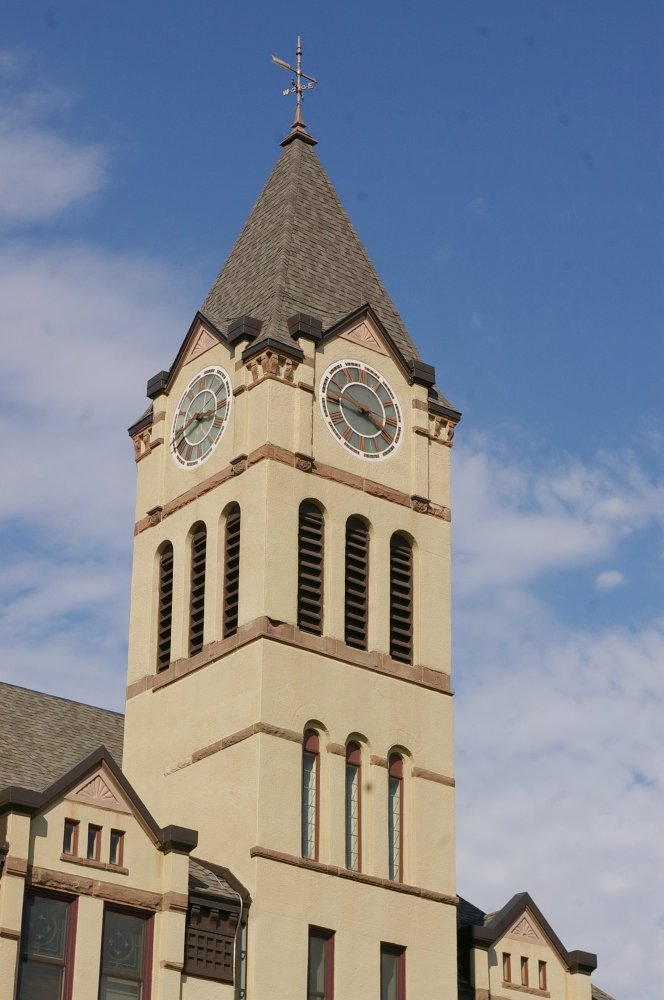 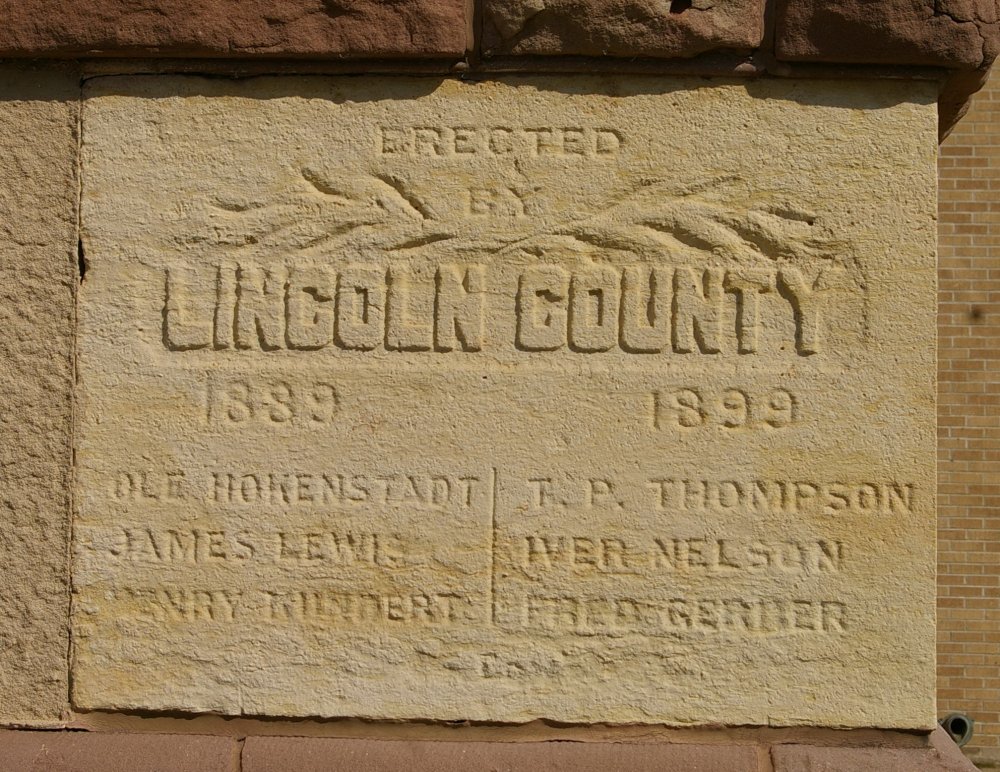 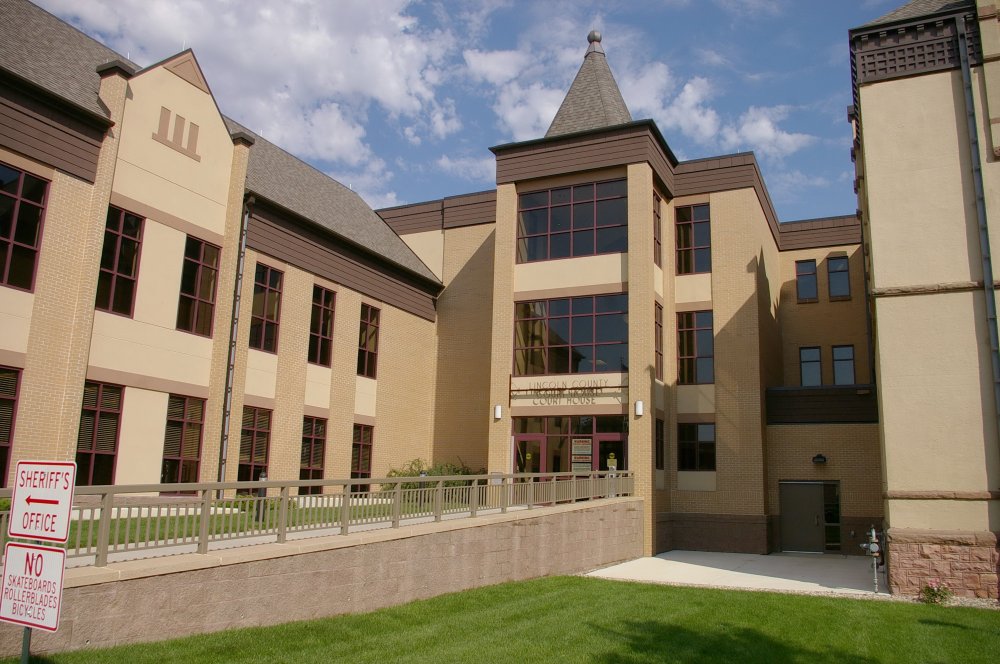 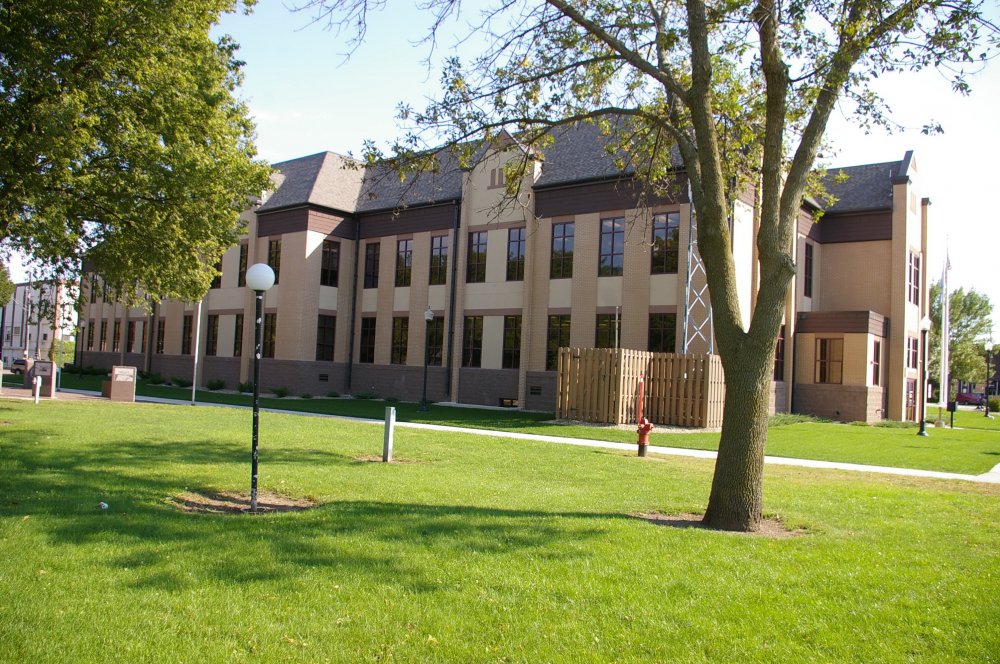