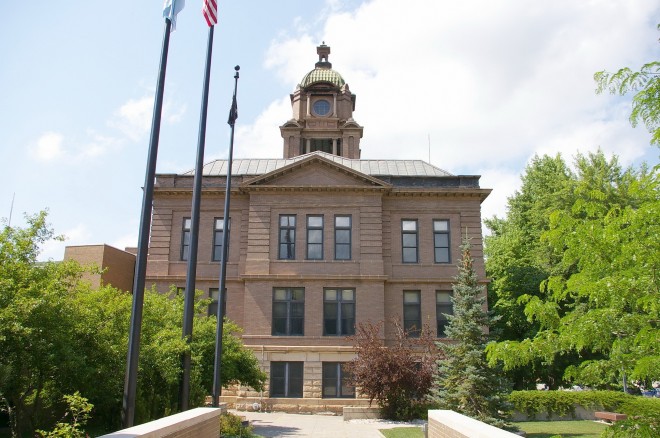 Lawrence County is named for John Lawrence of Yankton, who was a legislator in 1875. 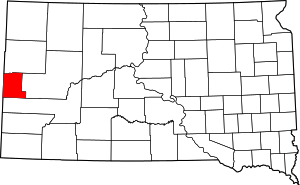 Contractor:  Mullen and Munn of Deadwood

Description:  The building faces east and is a three story brownstone and concrete structure. The building is located on landscaped grounds in the center of the city. The floors are composed of mosaic work and Greek fret borders near the walls. The second floor has ornate iron railing backed by golden oak. The building houses the County Circuit Court of the 4th Judicial District and the County Magistrate Court. The building was renovated in 1990 and a new Annex was built to the south of the courthouse.

History:  The county was created in 1875 and Deadwood was selected as the county seat in 1877 when the county was organized.  The first courthouse was an existing building which later was destroyed by fire in 1879. A rented building was used by the court until 1889, when a two story brick structure was built on the corner of Sherman Street and Pine Street. The courthouse was demolished and was replaced by the third and present courthouse constructed in 1906 to 1908  at a cost of $109,579. 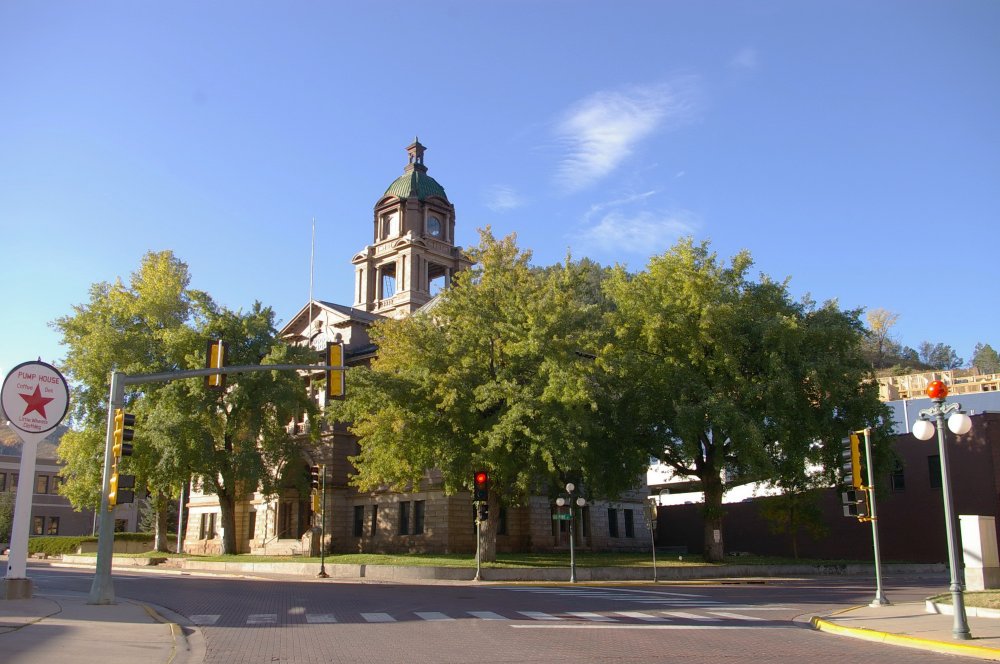 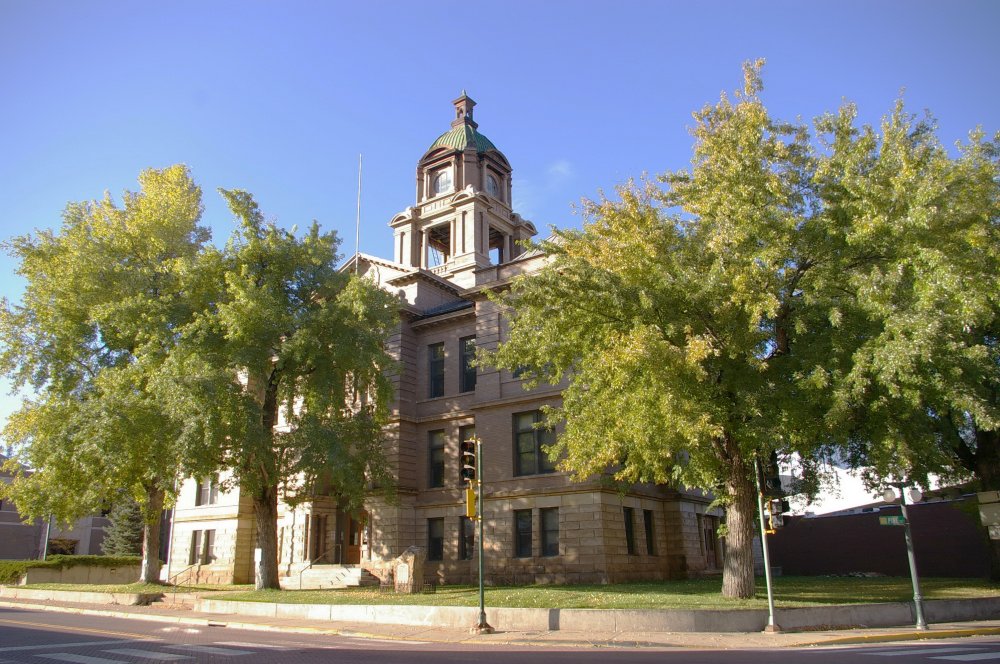 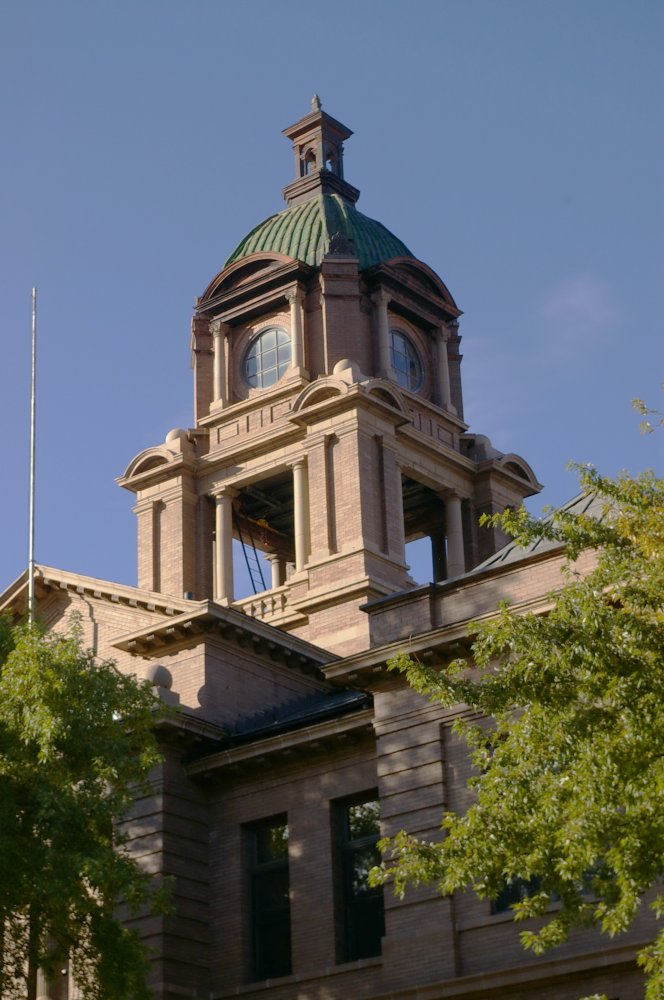 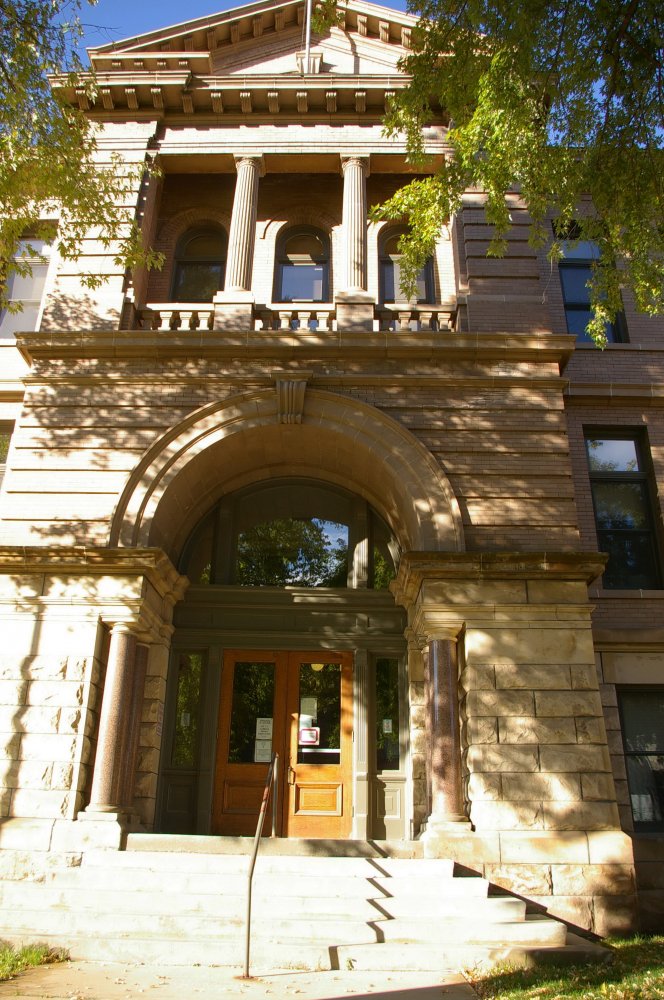 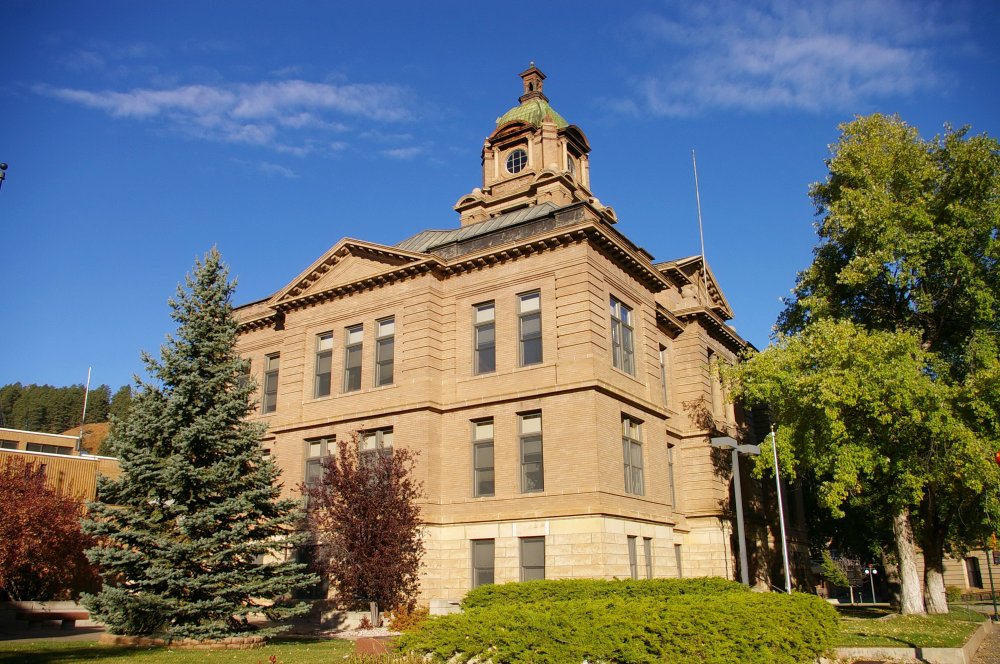