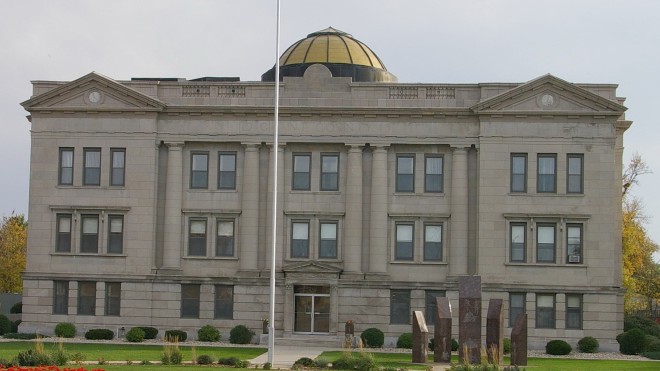 Description: The building faces north and is a three story gray stone and concrete structure. The building is located on landscaped grounds in the center of Milbank and is constructed of concrete, limestone, asphalt and copper. The north front has six columns rising from the second story to the top of the third story. The east and west wings project and have pediments at the roof line. A balustrade runs along the roof line. In the centre is a gold colored dome. Stone columns rise from the second to third stories. The large courtroom is located on the east side of the third story. The room is wainscotted with wood paneling. Coupled, fluted pilasters rise from the wainscotting around the room. The pilasters are topped with thin Ionic order capitals carrying a geometric design. Between the pilasters (above the wainscotting) are three framed, stenciled panels. These are topped with a single, framed rectangular panel. Above the judge fs bench is a mural of three classically attired women. On the east side is the one story Detention Center constructed in 1972. 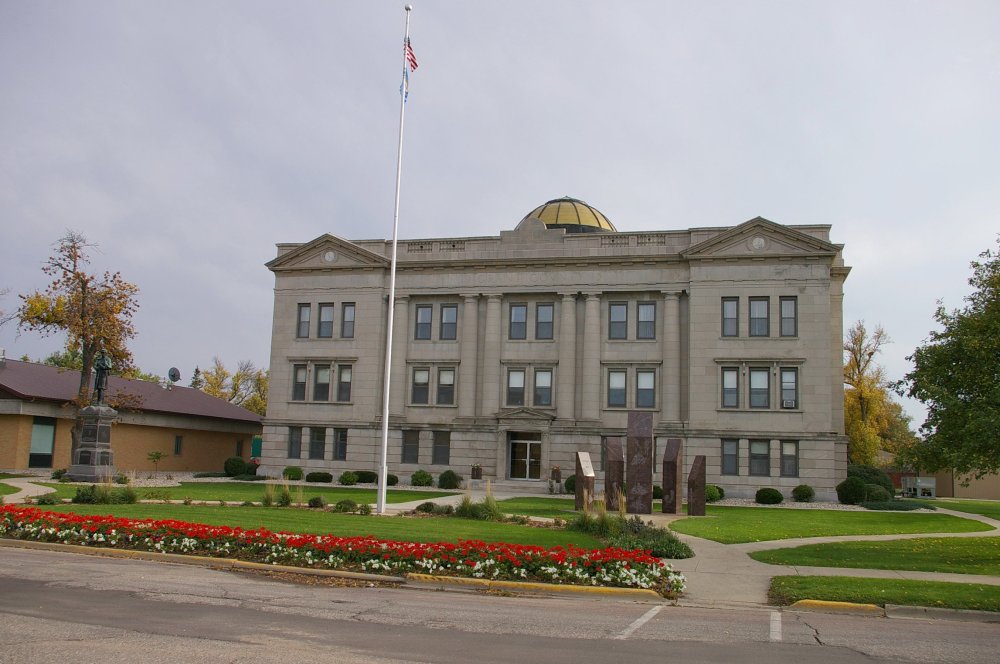 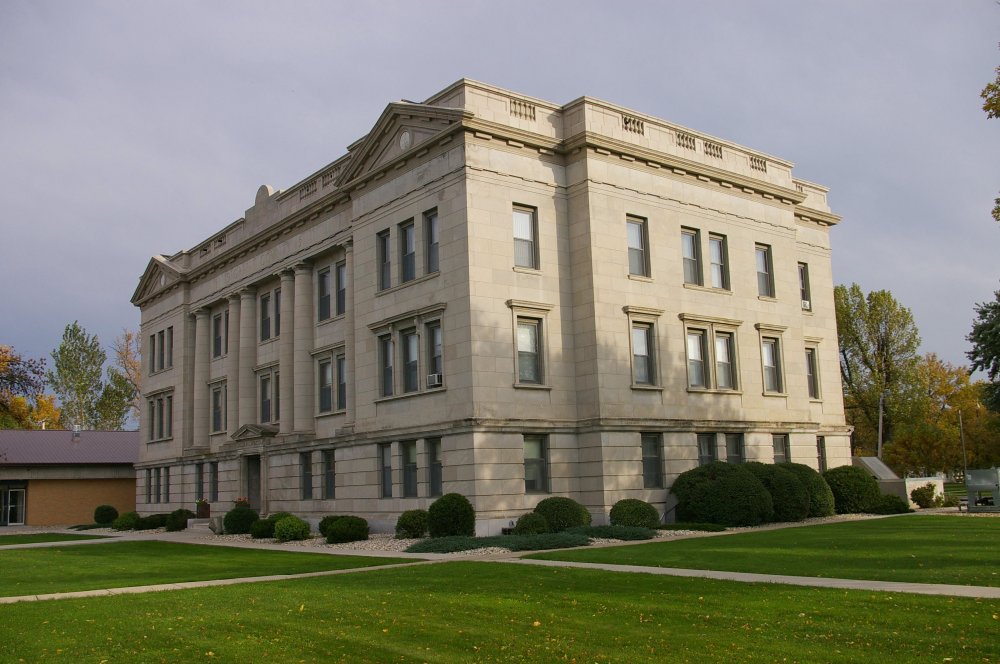 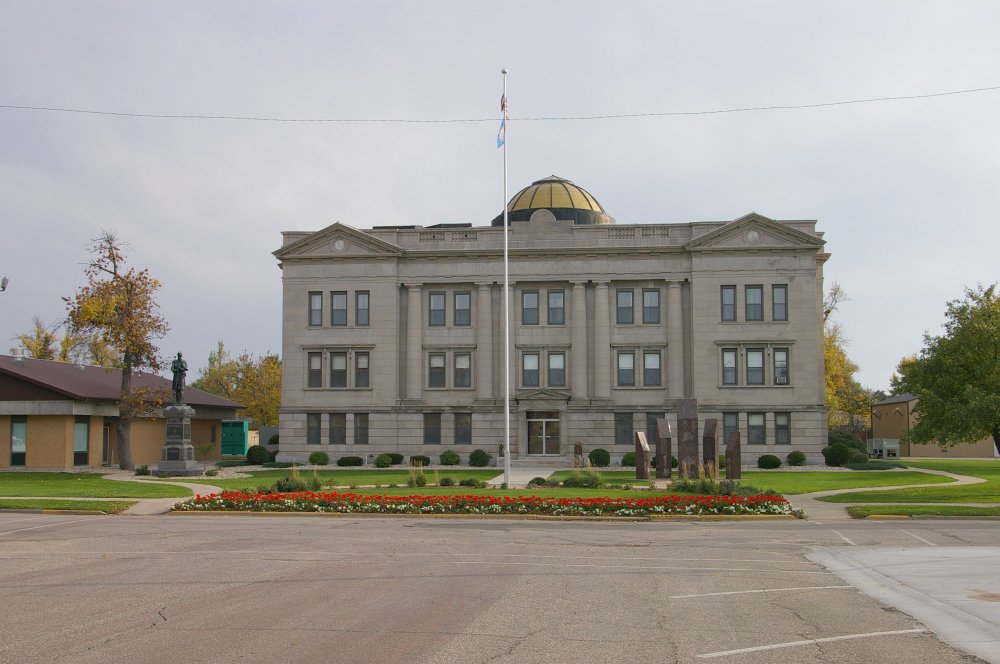 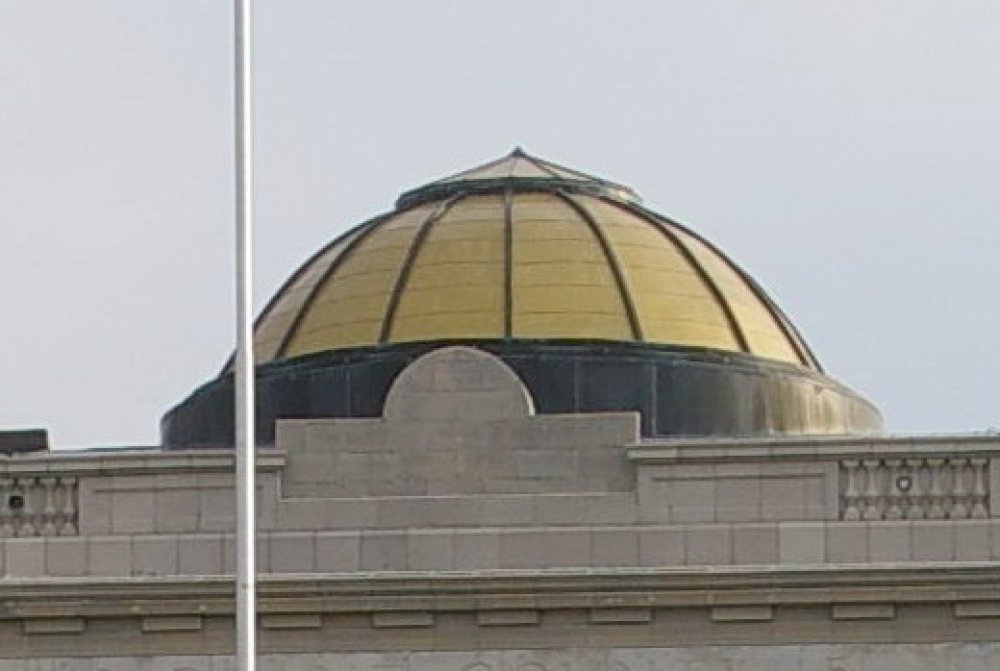 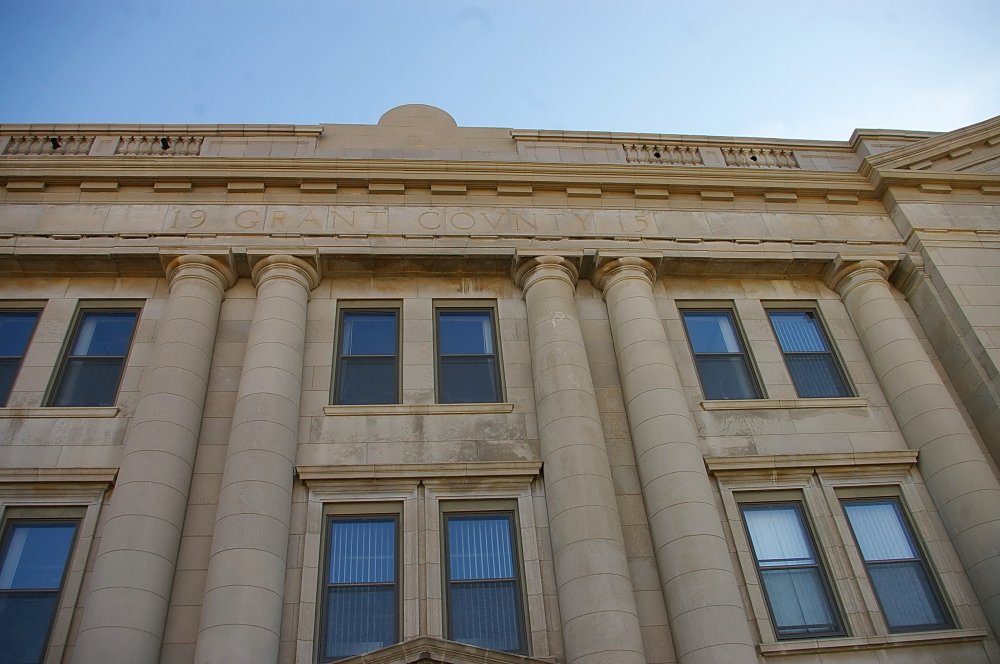 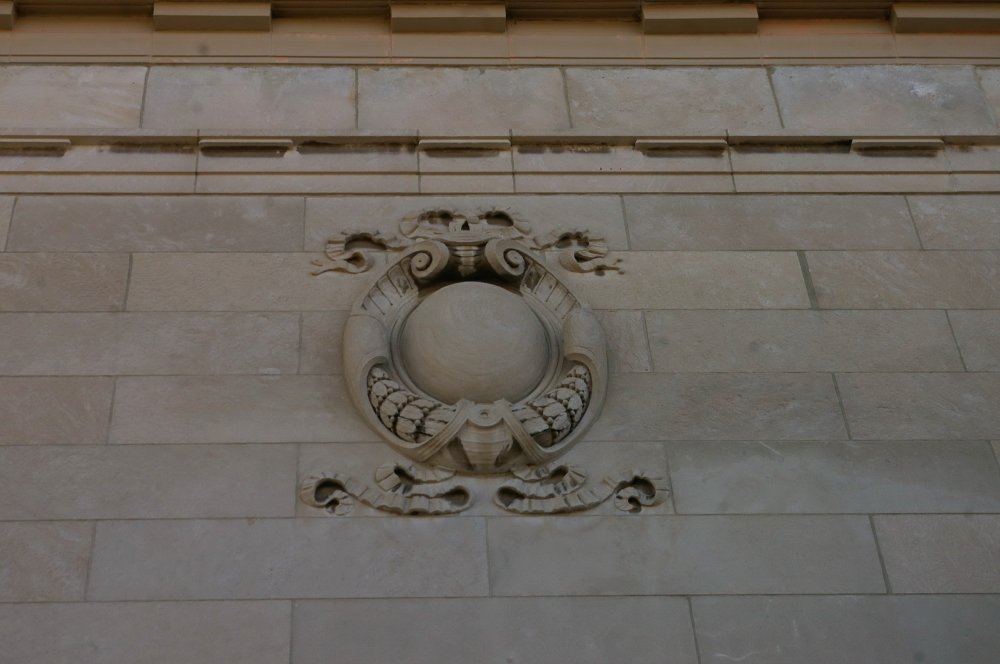 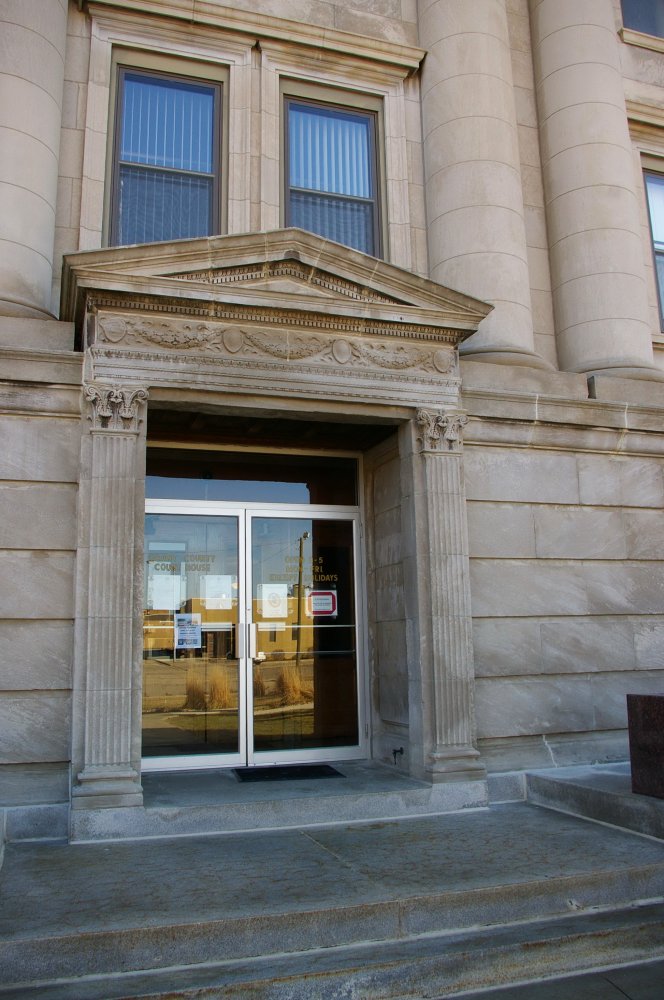 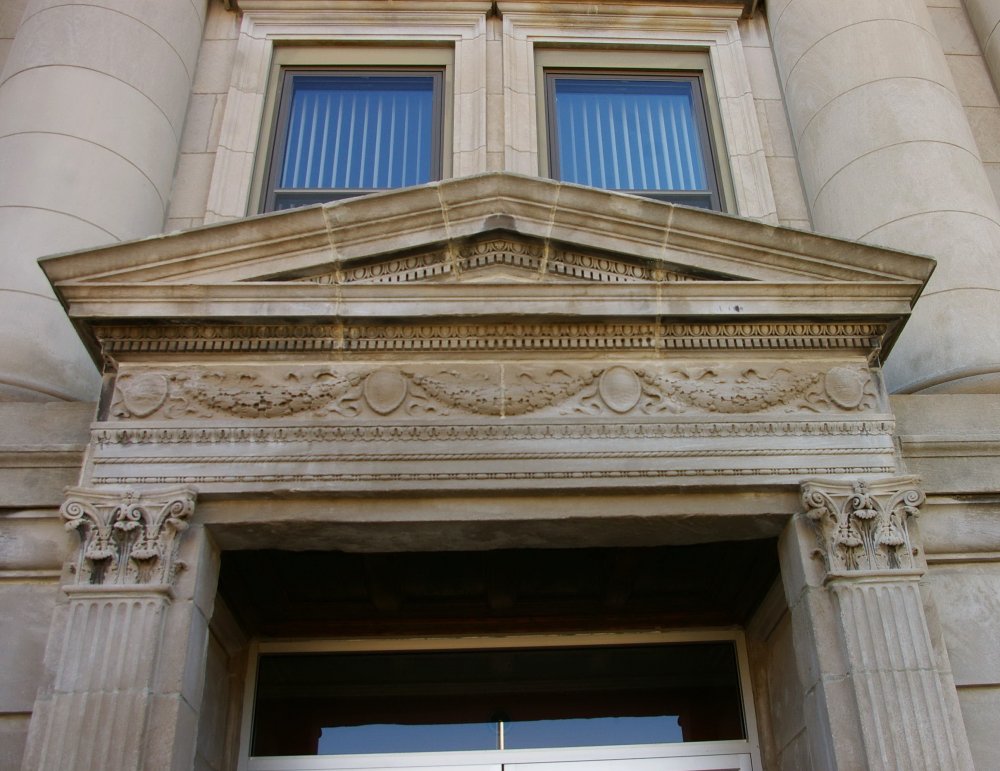 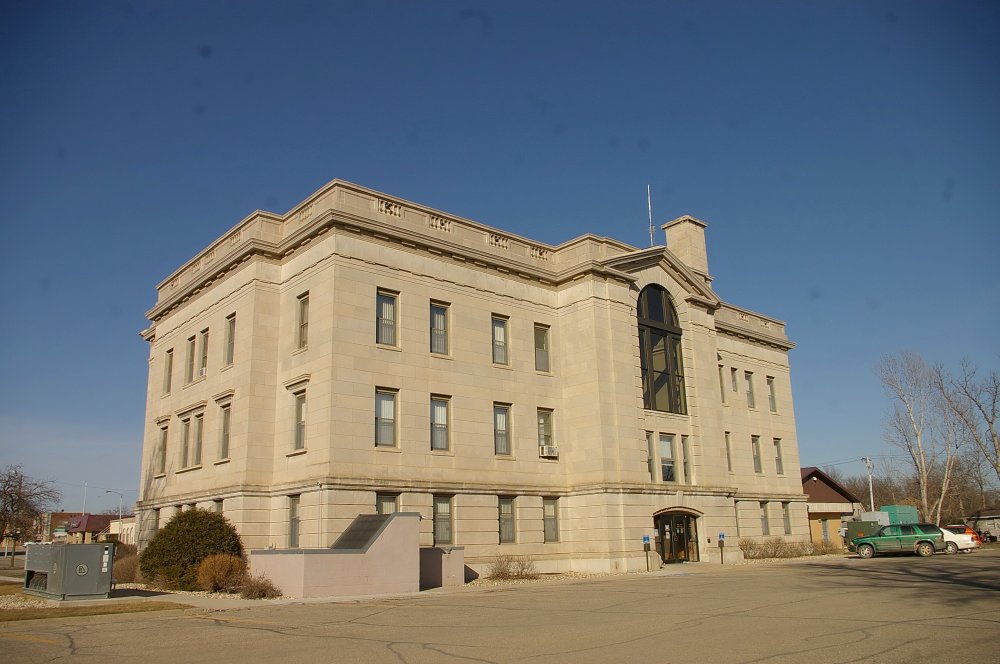 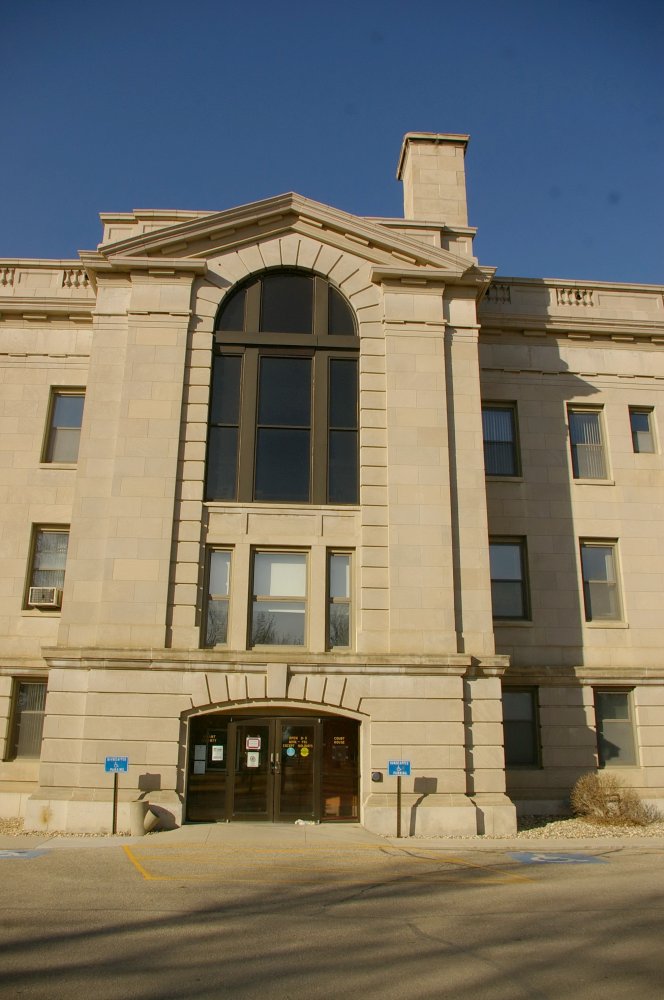 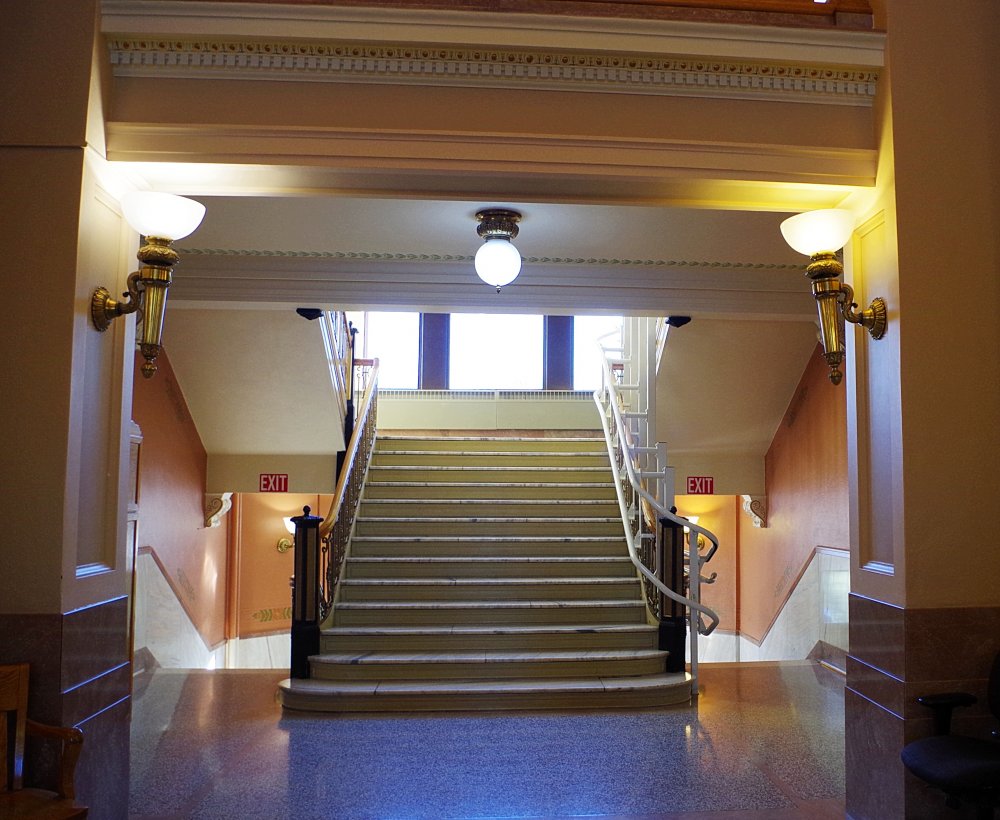 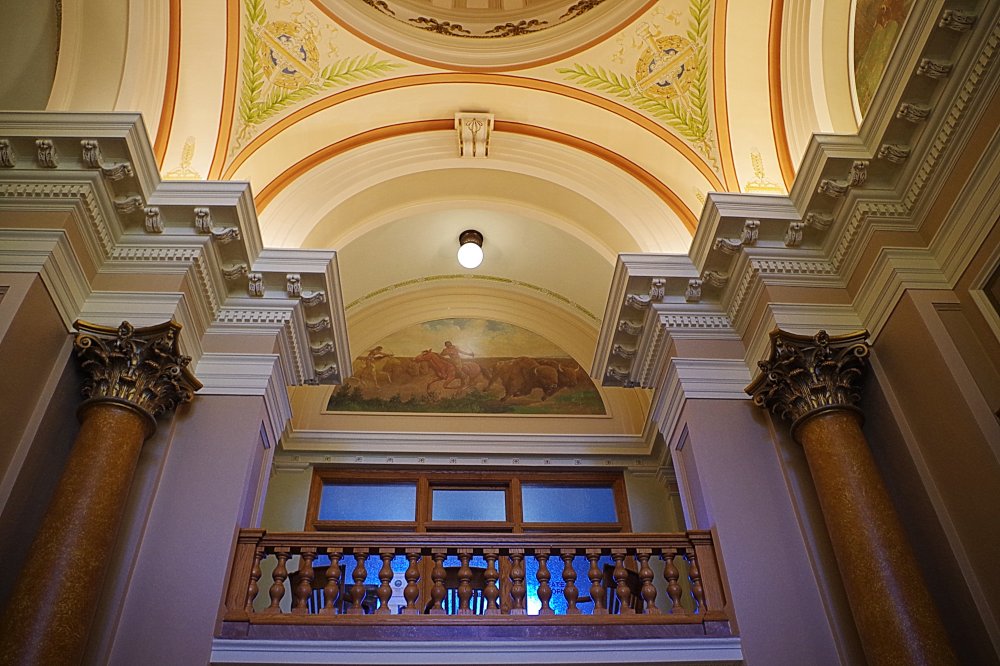 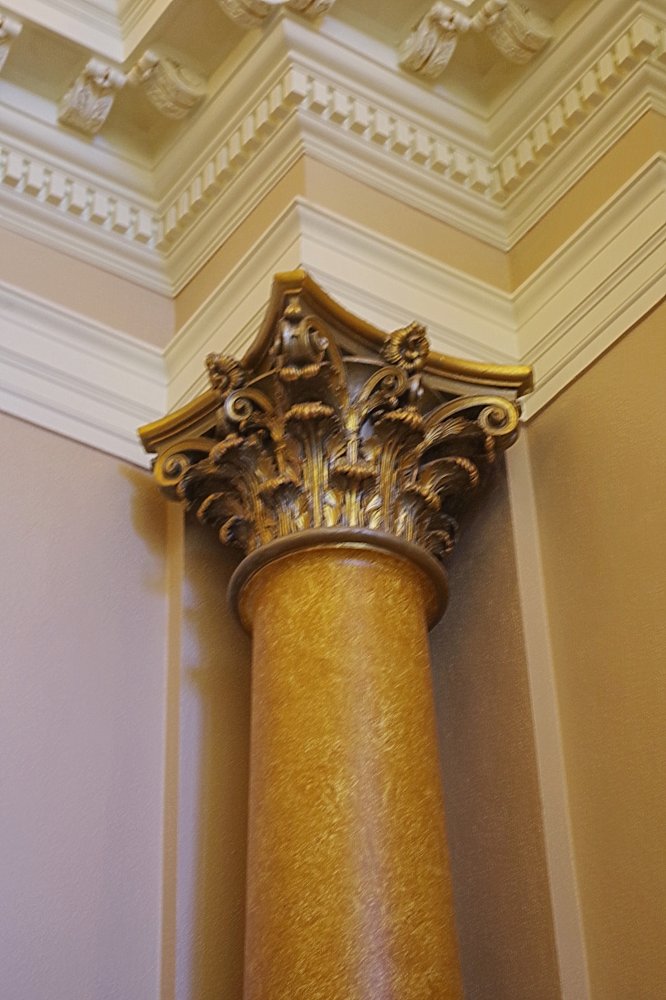 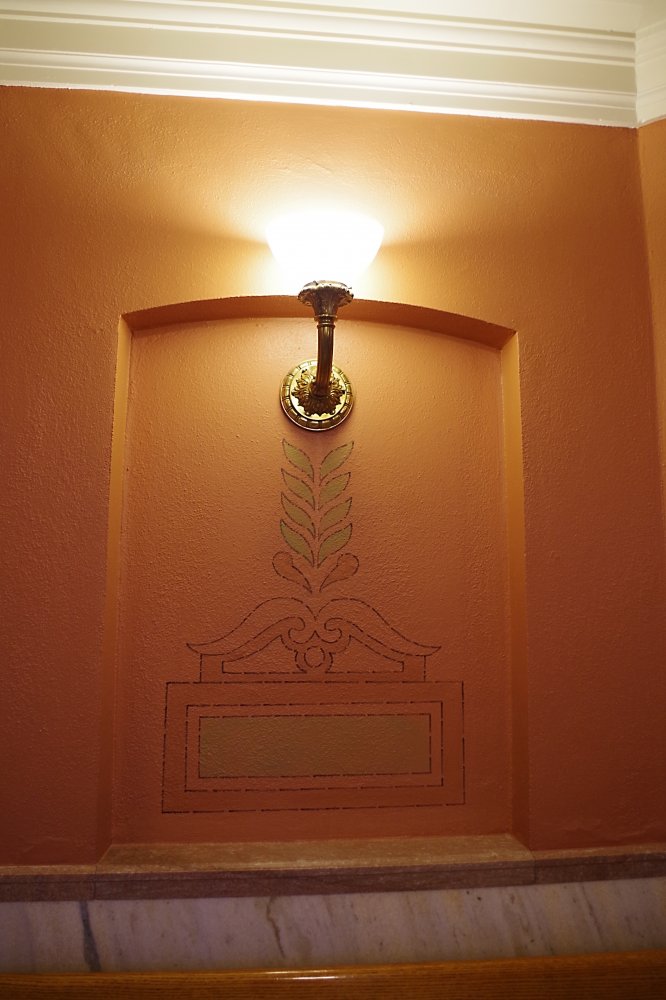 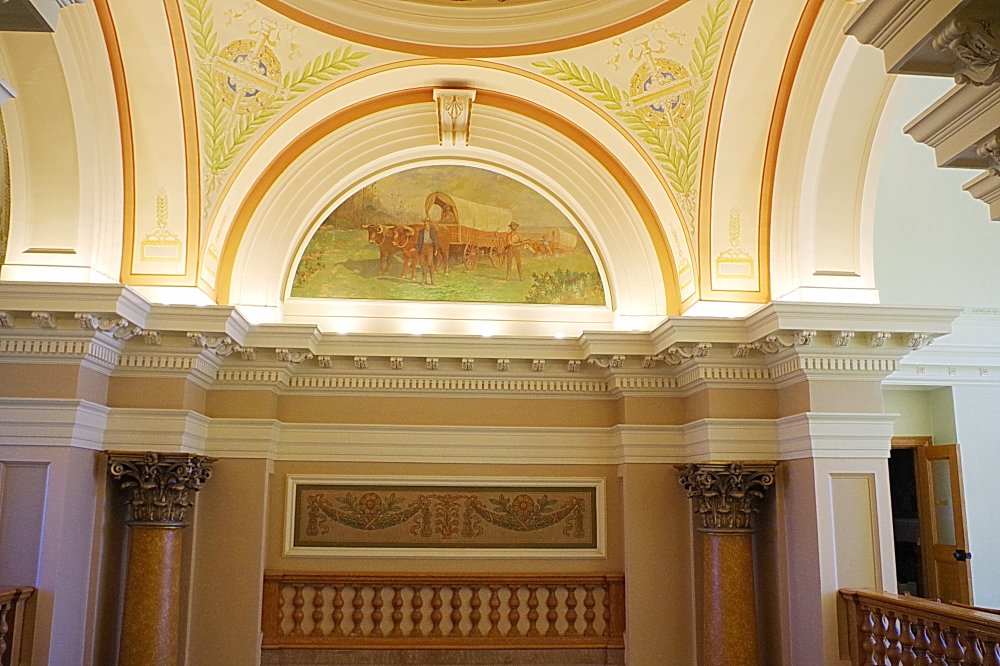 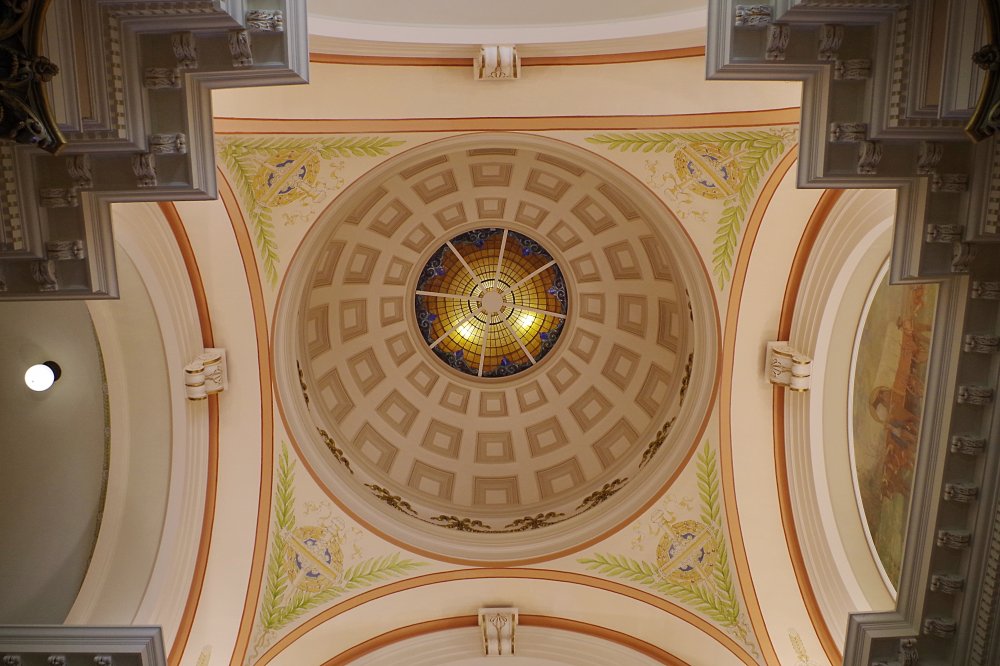 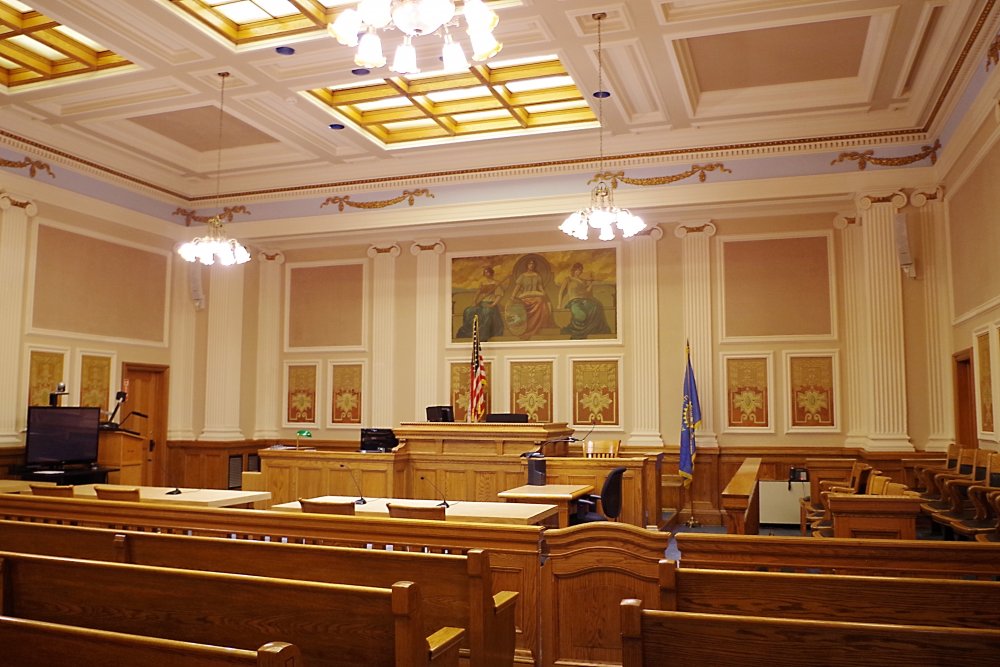