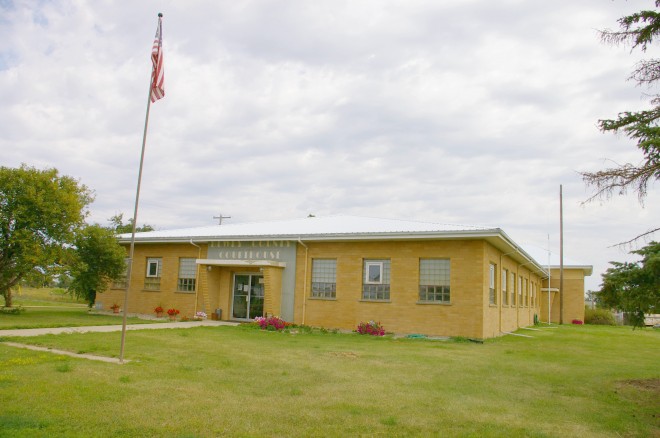 Dewey County is named for W P Dewey, who was a pioneer in the region.

Description:The building faces west and is a one story light buff colored brick and concrete structure. The building is located on spacious landscaped grounds in the center of Timber Lake. The west front has a small canopy over the entrance supported by two brick supports. The east side has has a rectangular north-south section. The roof is hipped with a wide overhang.

History: Although created in 1883, the county was not organized until 1910. The first courthouse was the old two story wood frame Land Office building in Timber Lake built in 1911 and which was used as the county office and became the courthouse in 1922. The second and present courthouse was constructed in 1959 to 1960. 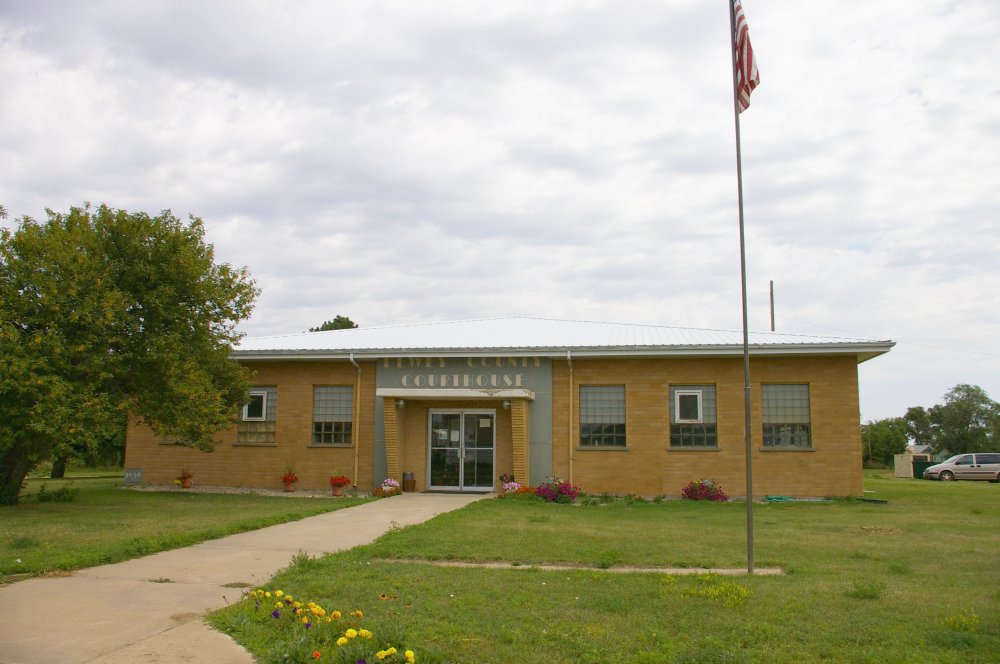 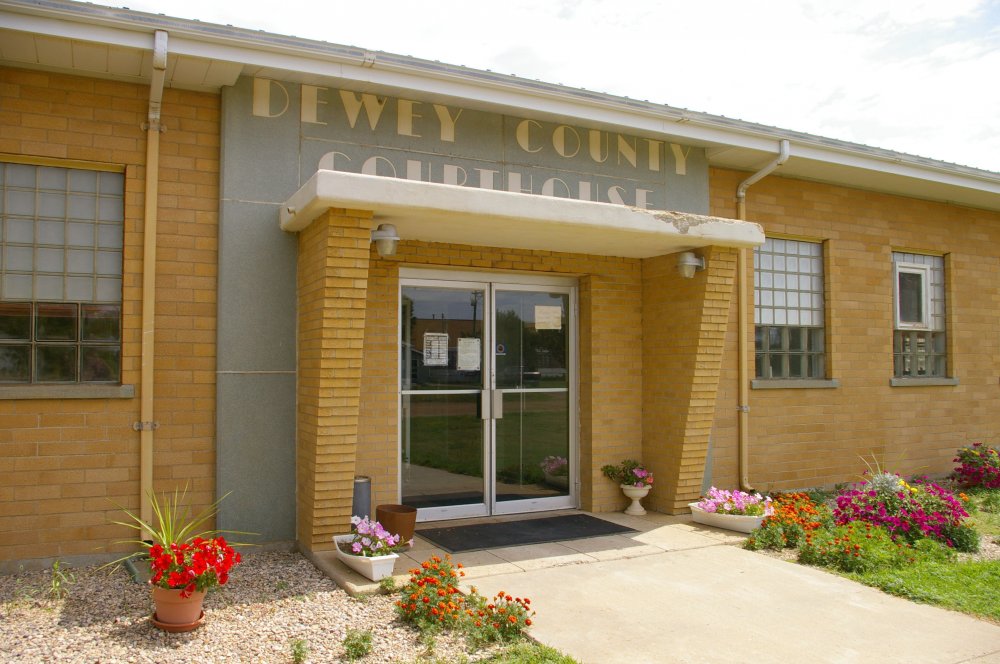 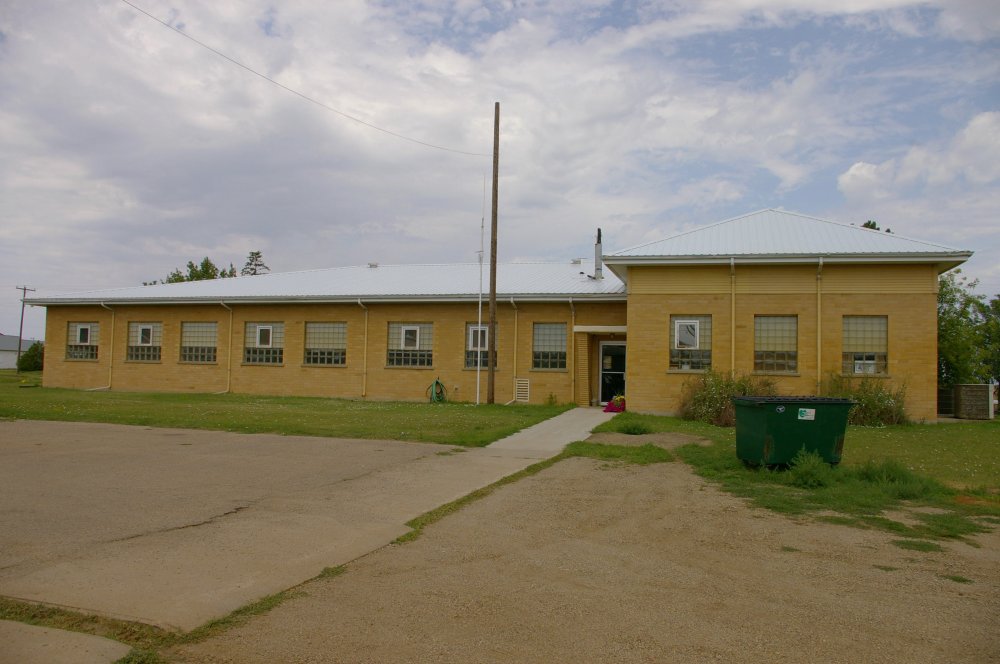 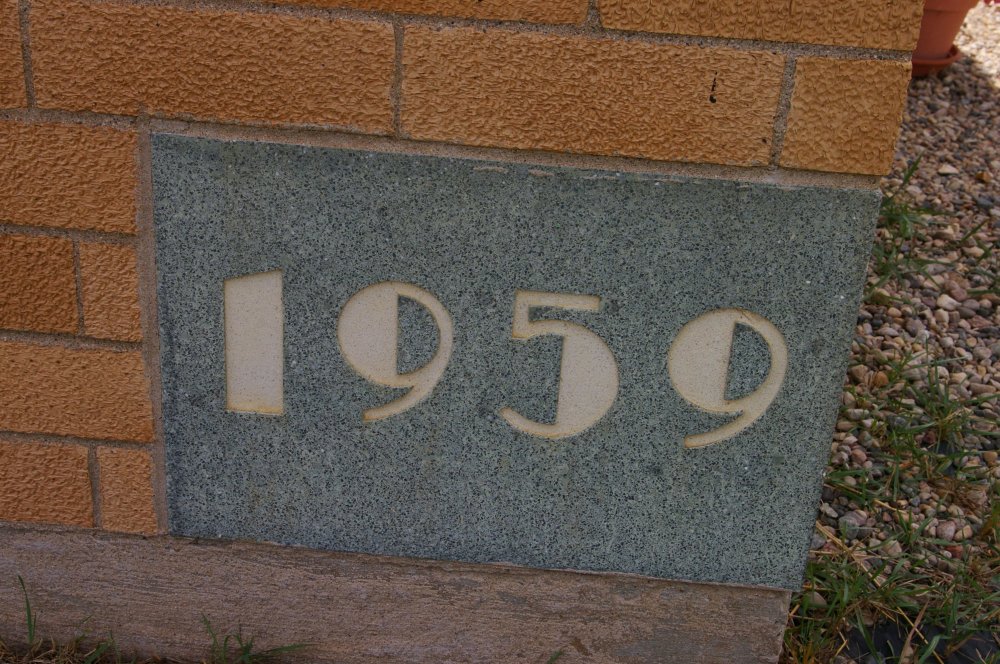 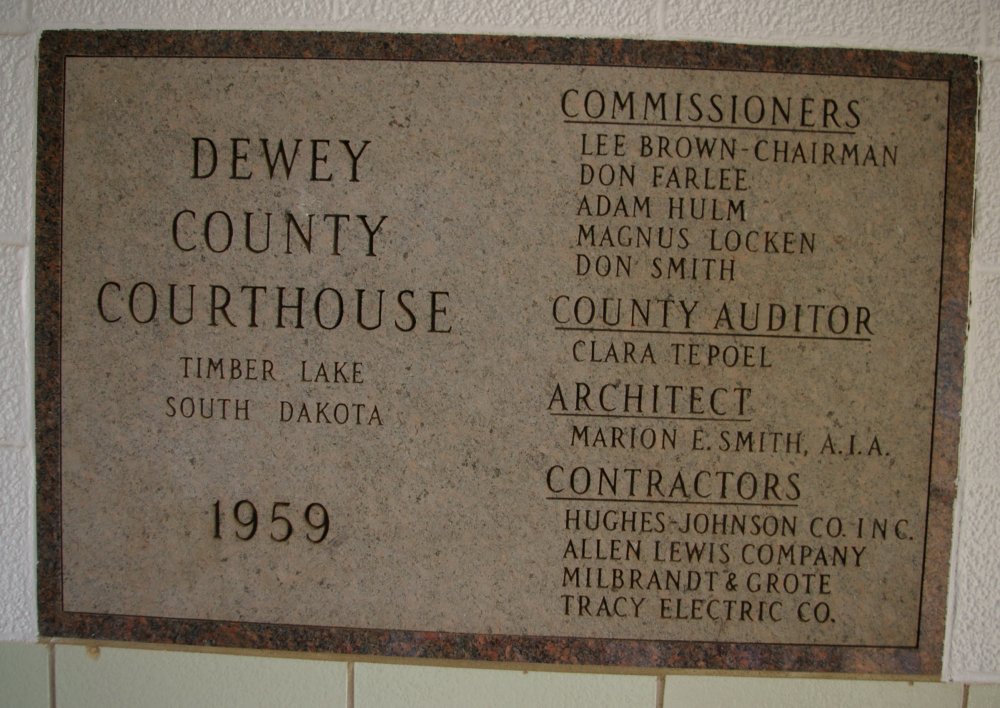 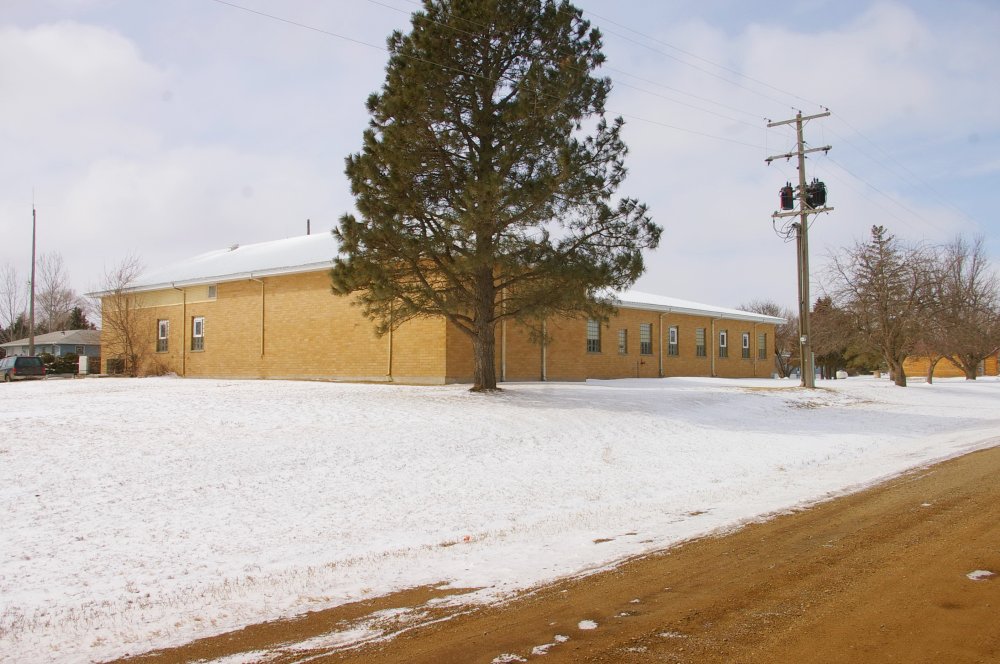