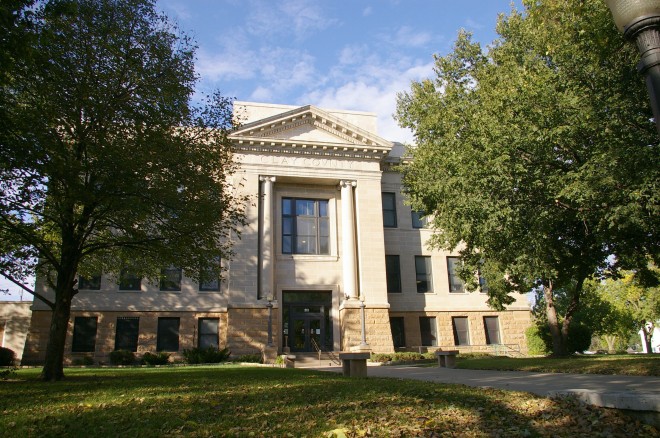 Clay County is named for Henry Clay, who was an American statesman, U.S. Senator and Congressman from Kentucky 1806-1852, U.S. Secretary of State 1825-1829, three times Speaker of the House  and three times  candidate for president. 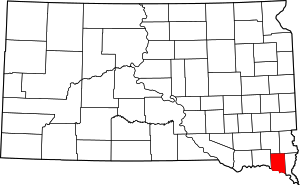 Description:  The building faces south and is a three story rectangular cream colored sandstone and concrete structure. The building is located on landscaped grounds on the west side of the center of Vermillion. The front and sides are symmetrical with three bays, with the center bay projecting slightly forward. There is a highly decorated pediment on the central bay of the front and on each side. The building consists of two stories above a raised basement. The basement area, which creates the appearance of a podium upon which the upper stories rest, is of rusticated stone which flares outward, while the upper two floors are constructed of vertically ribbed dressed stone. Between the first and second floors is a projecting belt course of stone. The center bay on the facade, which projects forward creating the appearance of a portico, has a recessed front entrance on the ground level. On the second and third floors is a large window flanked on each side by columns running the length of the second and third floors. The windows on the side bays are plain with no adornment. The stairs to the front entrance rise between projecting stone with lamp standards on either side. The building is topped with a heavy overhanging cornice with dentil moldings and a parapet. The courtroom is located on the east side of the third story. The building houses the County Circuit Court of the 1st Judicial District and the County Magistrate Court.

History:  The county was created in 1862 and  Vermillion was selected as the county seat in 1863. The county rented premises and a building in the 100 block of Broadway was the first courthouse. In January, 1876, a fire destroyed the courthouse.  In 1882, the second courthouse was a wood frame structure erected at a cost of $3,150 at the corner of Court Street and Kidder Street. The third and present courthouse was constructed in 1912 to 1913 at a cost of $95,000. 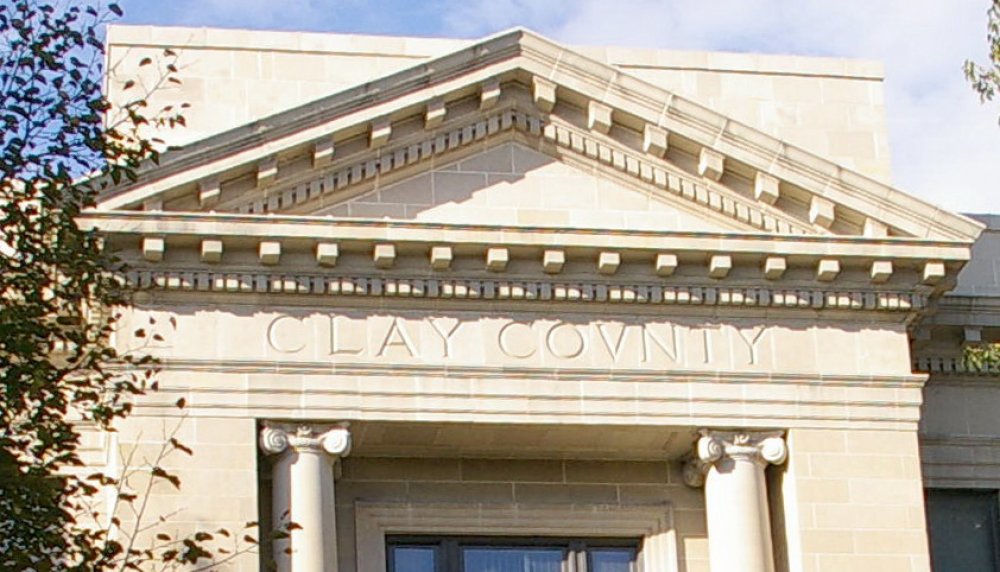 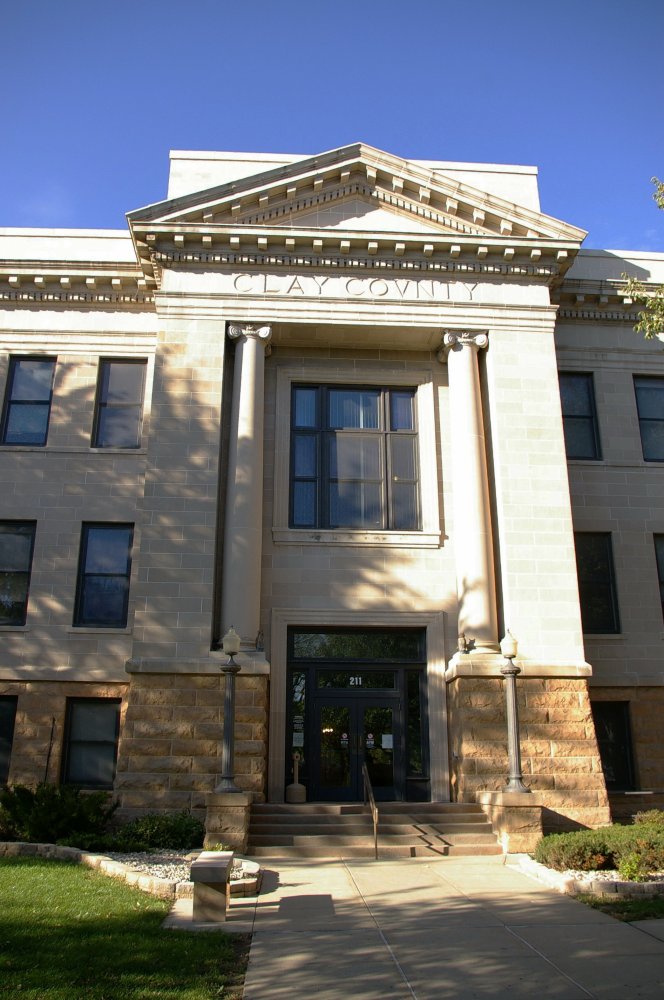 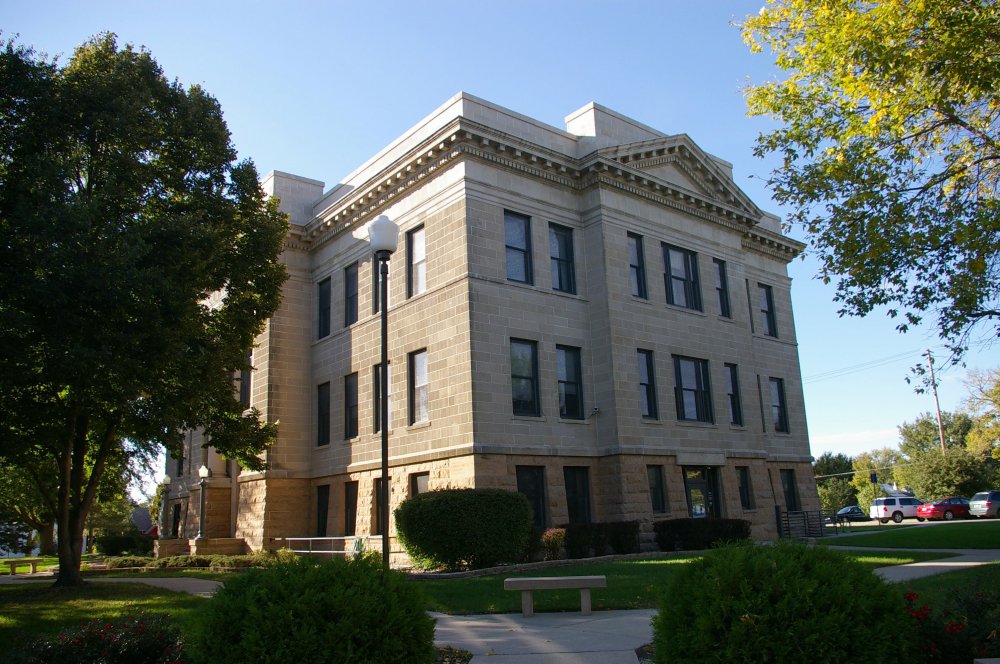 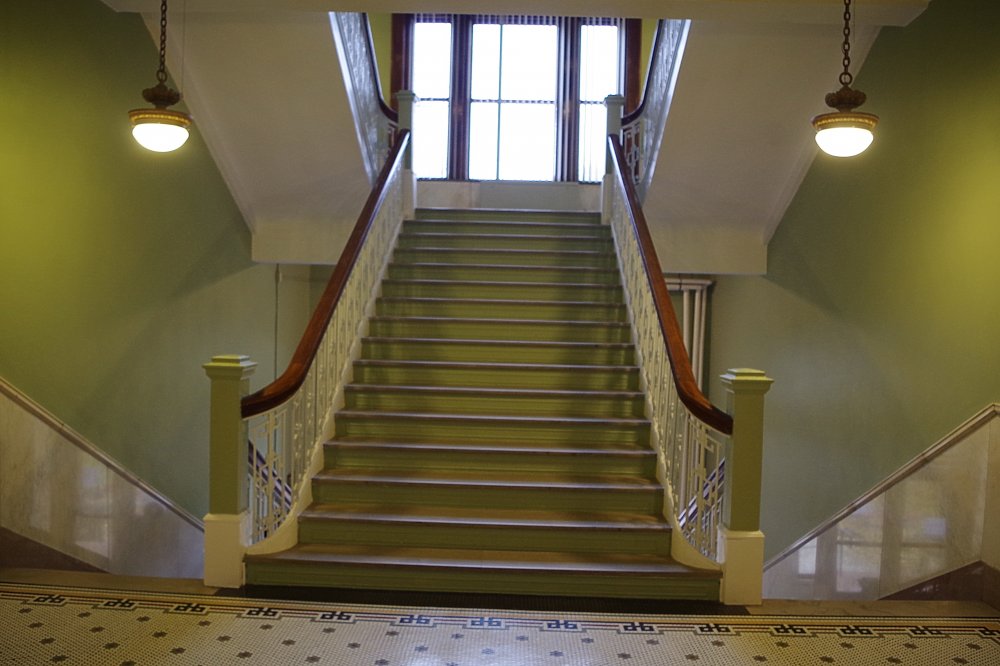 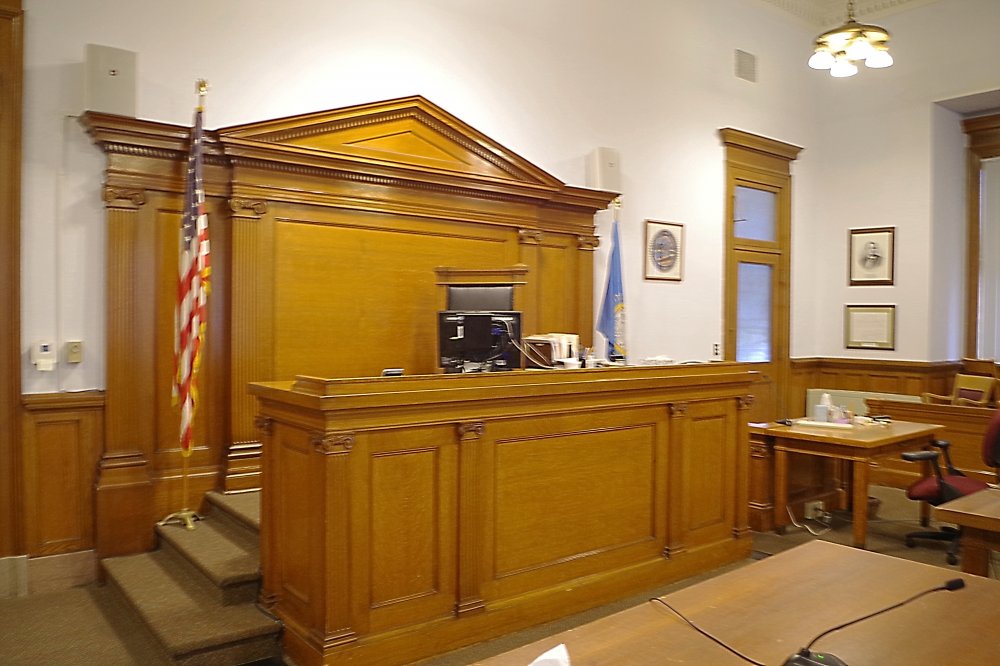 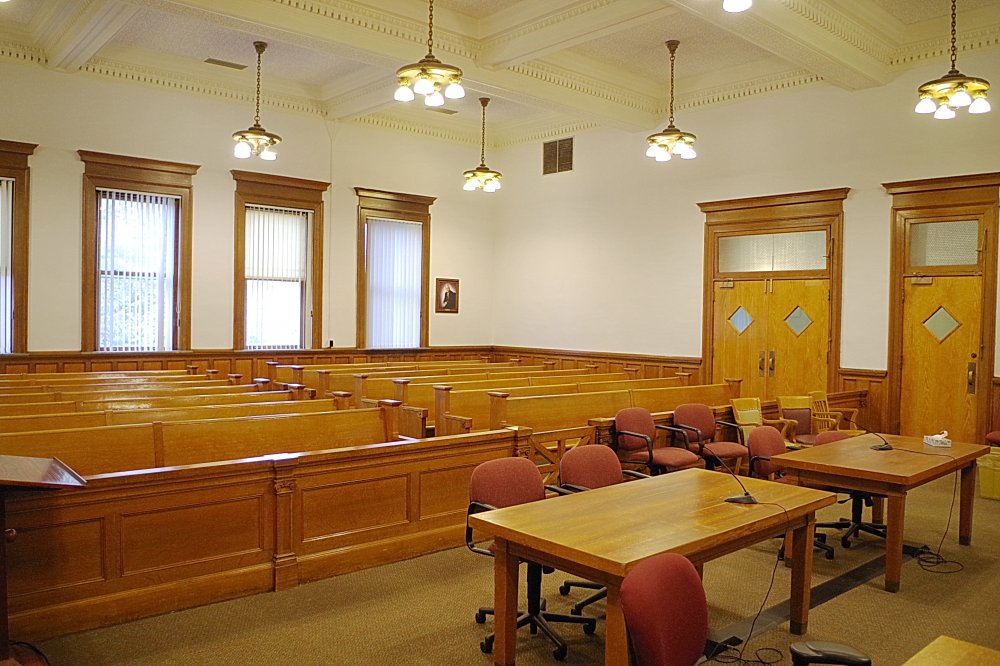