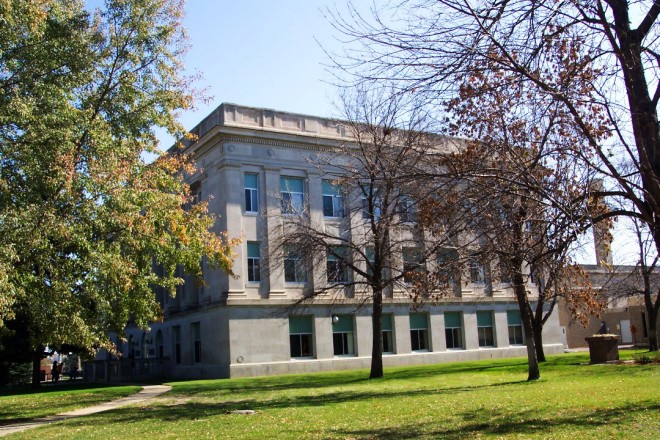 Beadle County is named for General W H H Beadle, who was an early president of the Normal School at Madison. 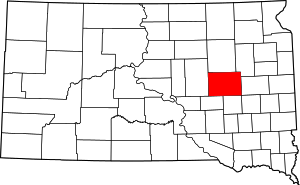 Description:  The building .faces north and is a three story gray colored limestone and concrete structure. The building is located on landscaped grounds in the center of the city.  On the second and third stories, there are square stone pillars between the windows. A cornice runs below the roof line. The entrance is on the north side of the building. The roof line is flat. The two courtrooms are located on the third story and were at one time, one large courtroom..

History:  The first courthouse was a two story structure designed by Charles B Cook and built in 1884. The second and present courthouse was constructed in 1922 to 1924. 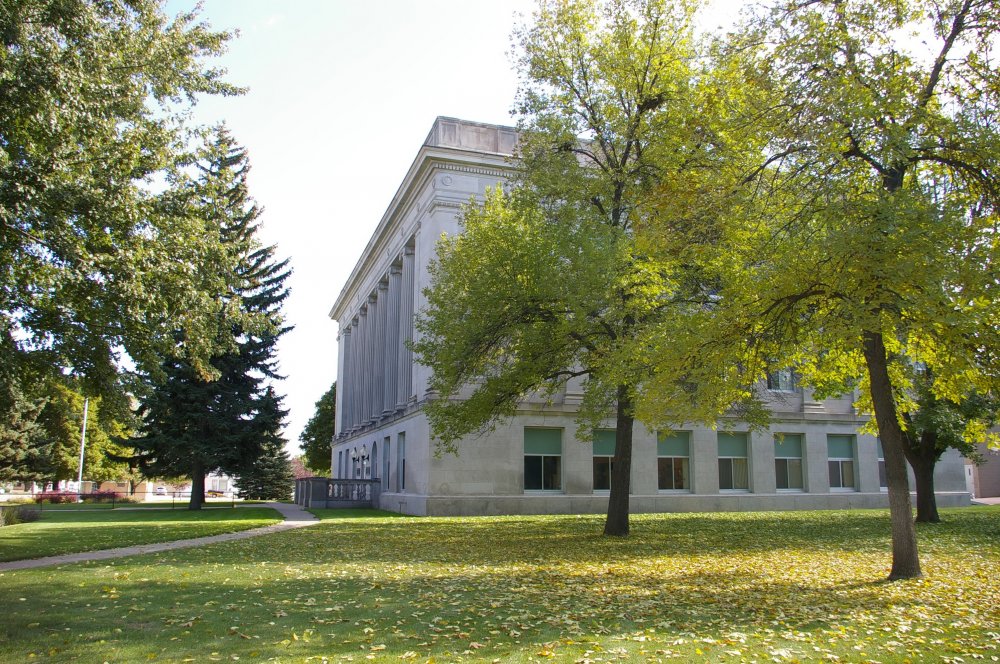 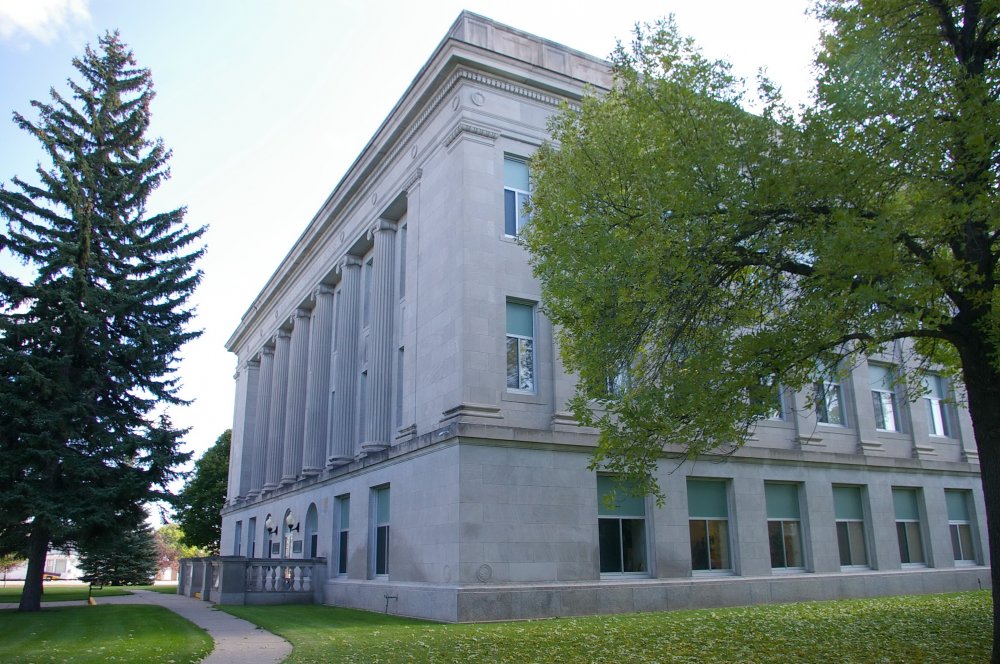 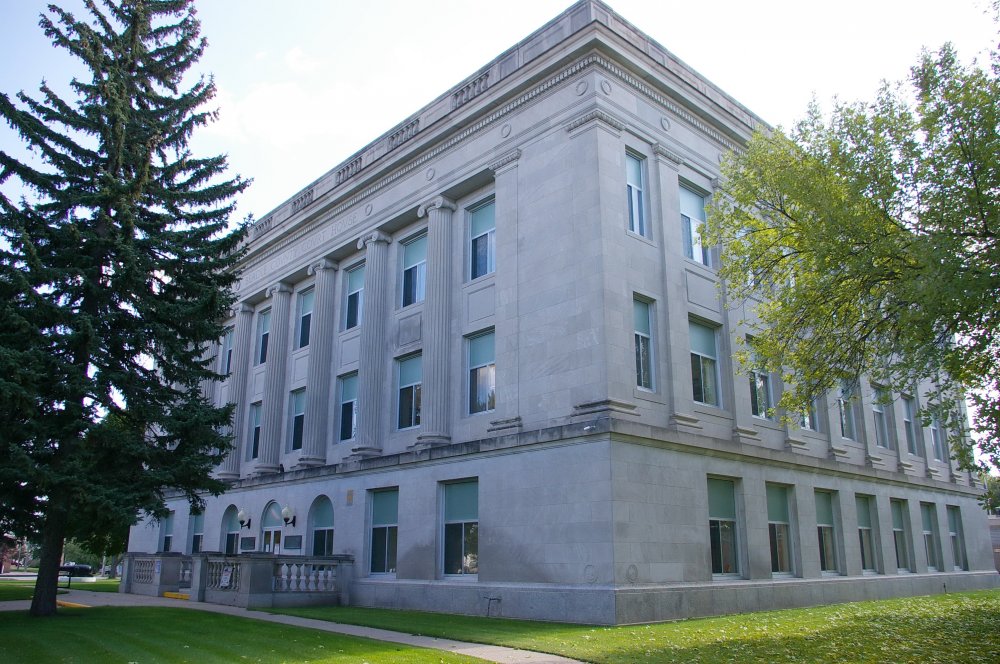 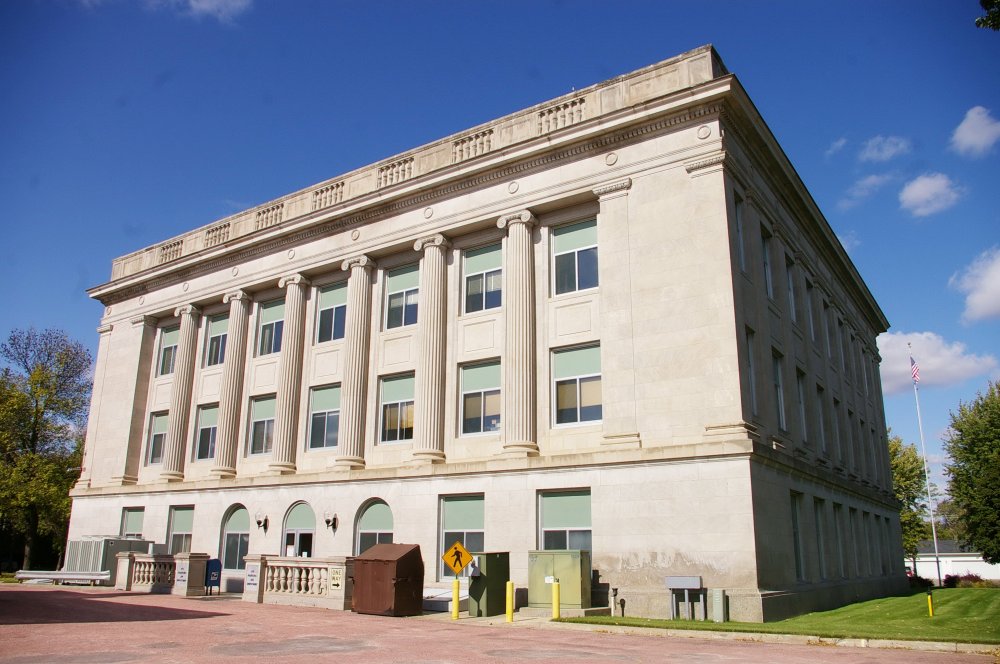 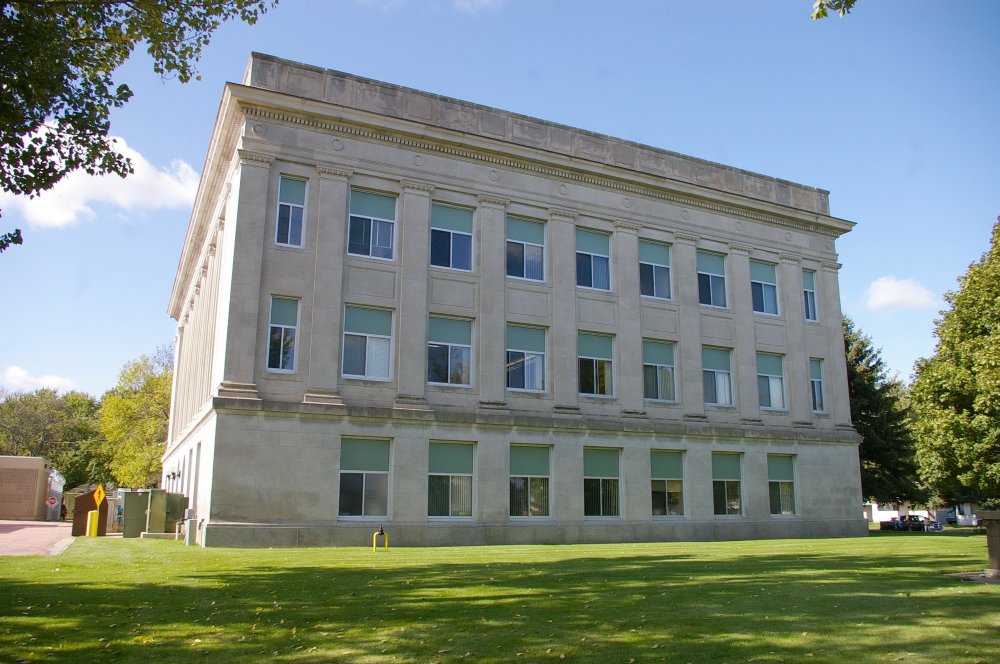 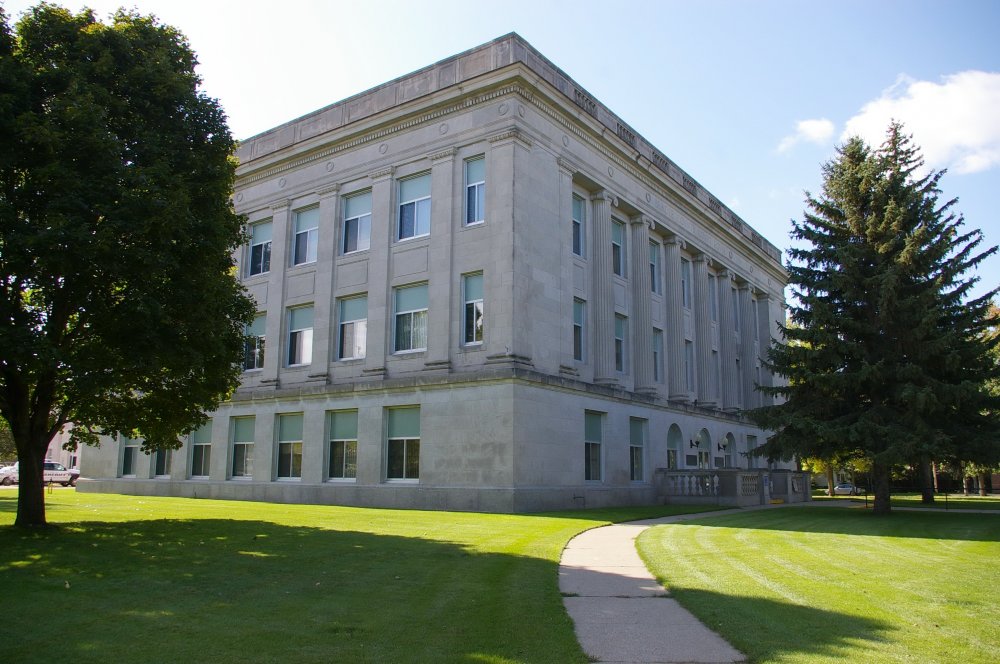 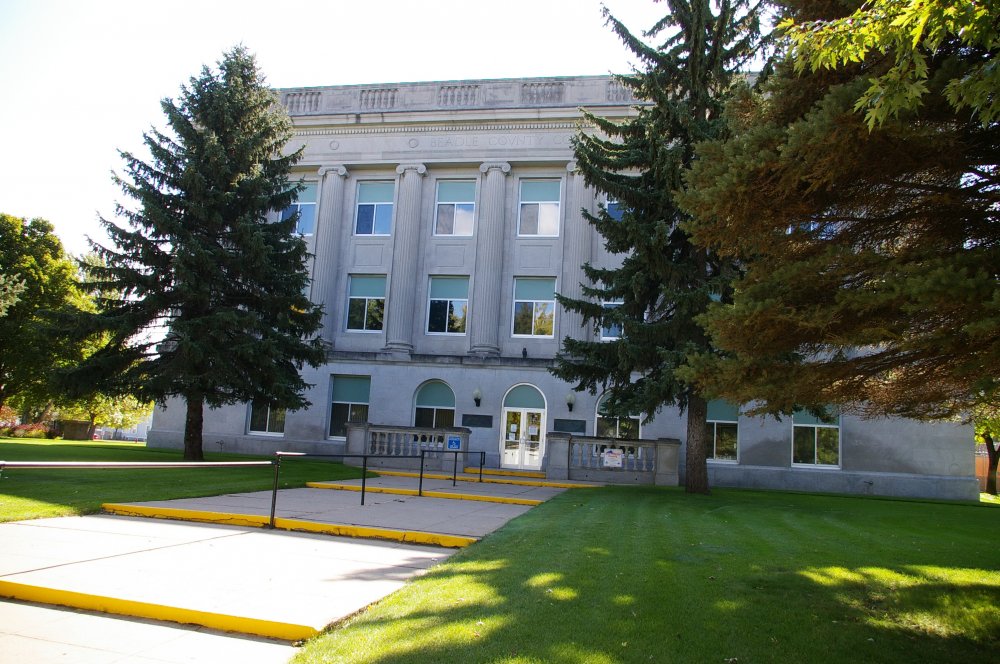 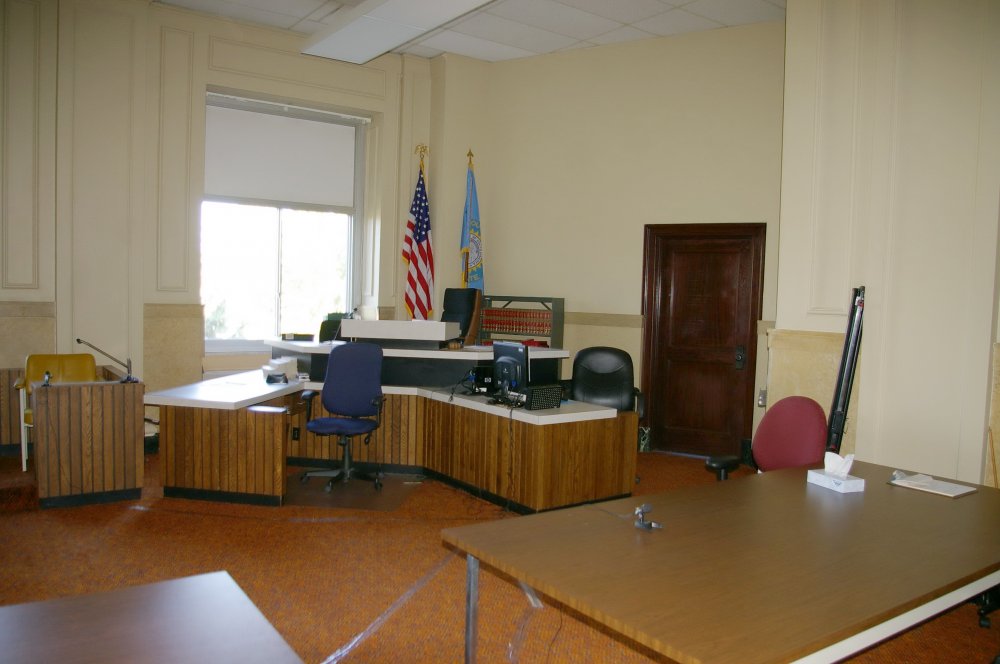