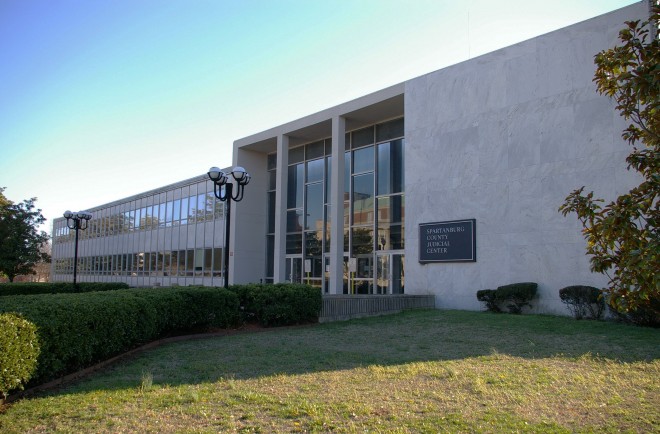 Spartanburg County is named for the Spartan Regiment of the American Revolutionary War. 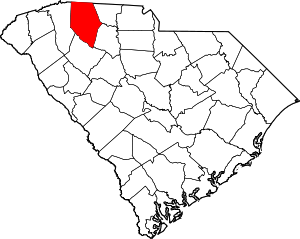 Description:  The building faces east and is a three story gray colored stone and concrete structure. The building is located on landscaped grounds in the center of Spartanburg and has the entrance located in the north section on the east side. The entrance is recessed glass panels with two thin pillars supporting the overhang. The middle and south sections have a row of horizontal windows on each story. The roof line is flat.

History:  The first courthouse was built in Spartanburg and the second and third courthouses were built on the square. The fourth courthouse constructed in 1891 to 1892 by Godfrey Norman and Kenneth McDonald was also on Magnolia Street and was torn down when the fifth and present courthouse was constructed. The bell from the old courthouse was placed in a clock tower in the downtown to the south. 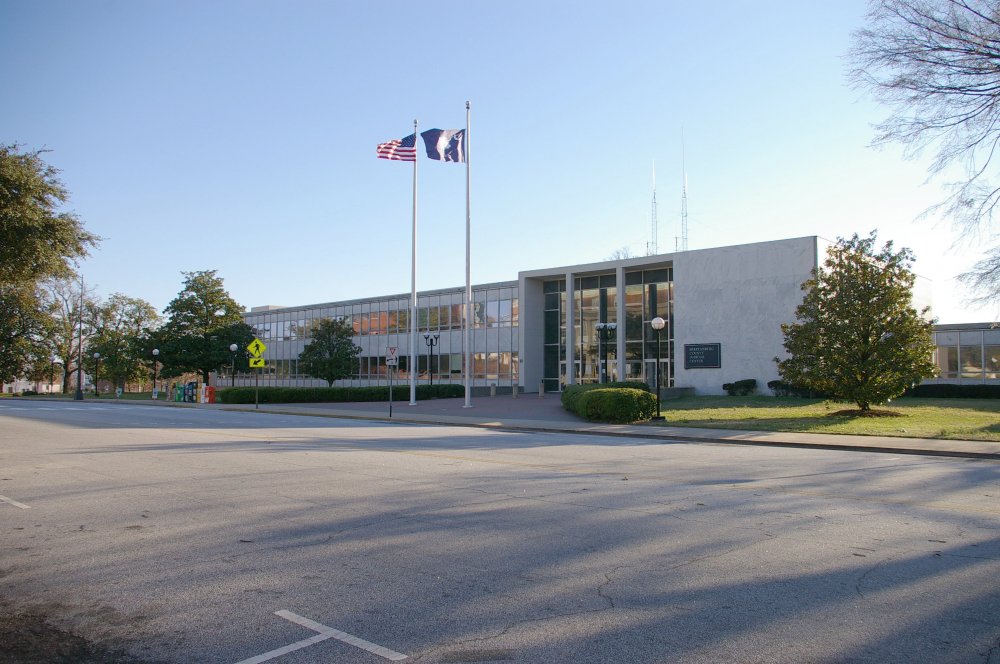 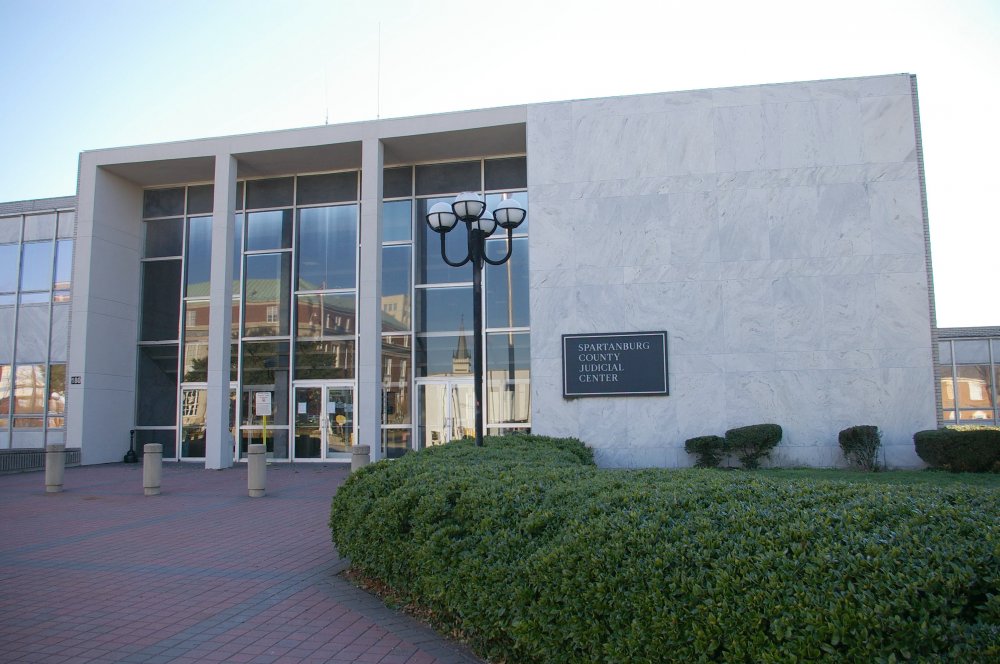 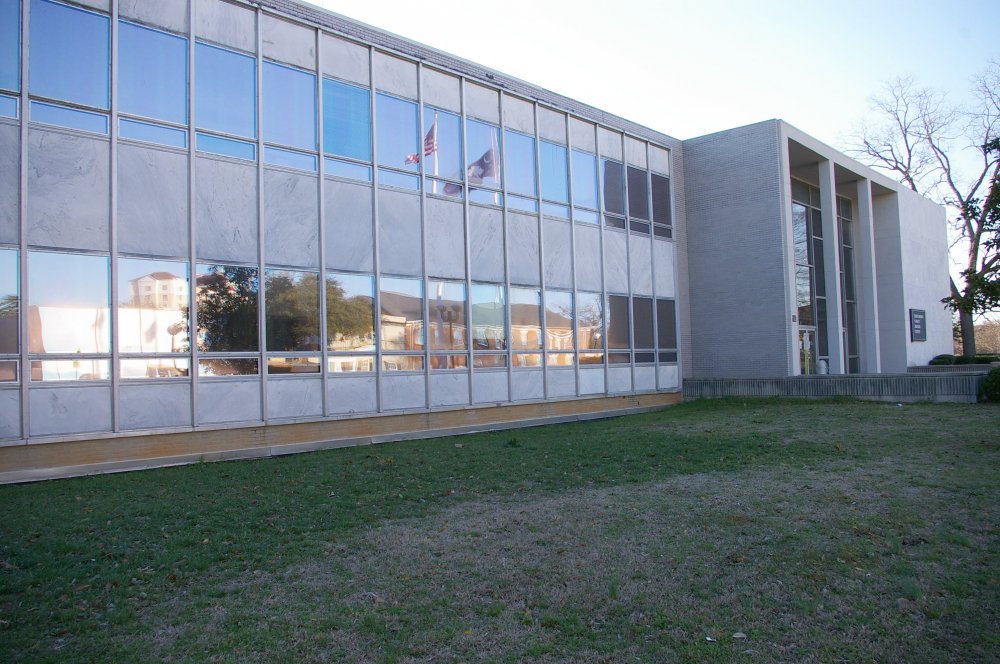