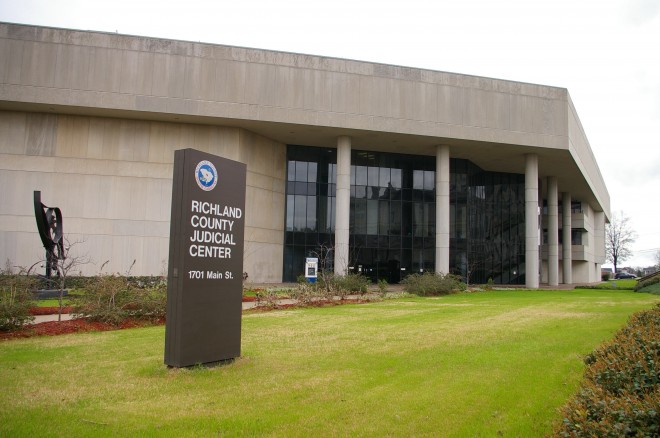 Richland County is named for the rich soil in the region.

Description:  The building faces north and is a four story gray colored stone and concrete structure. The building is located on landscaped grounds in the center of Columbia. The building entrance at the northeast corner has a large overhang supported by five columns. The recessed entrance is faced with dark glass. On the west side of the entrance, small protruding sections are on the second and third stories. The courtrooms are located on the second story. The building is named as the Richland County Judicial Center. 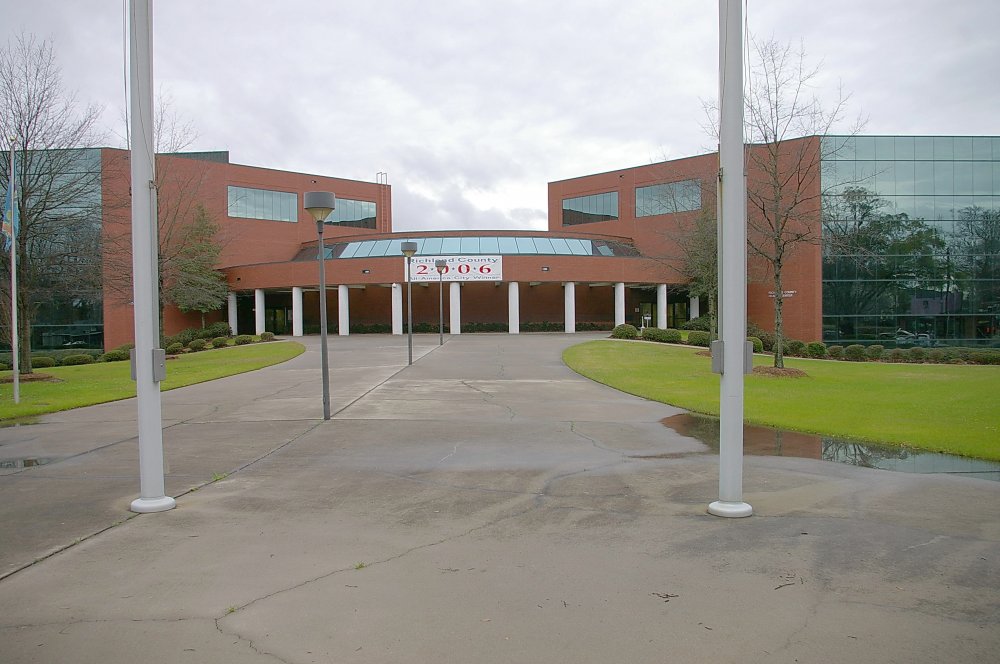 Description:  The building faces north and is a three story red colored brick, concrete and glass structure. The building is located on landscaped grounds in the center of Columbia. The building entrance is at the northeast corner which has a large semi circular overhang supported by eleven pillars. The center section is one story with glass skylight. The east and west wings are red colored brick with dark glass walls along the north and east sides. In the center is a large landscaped courtyard. 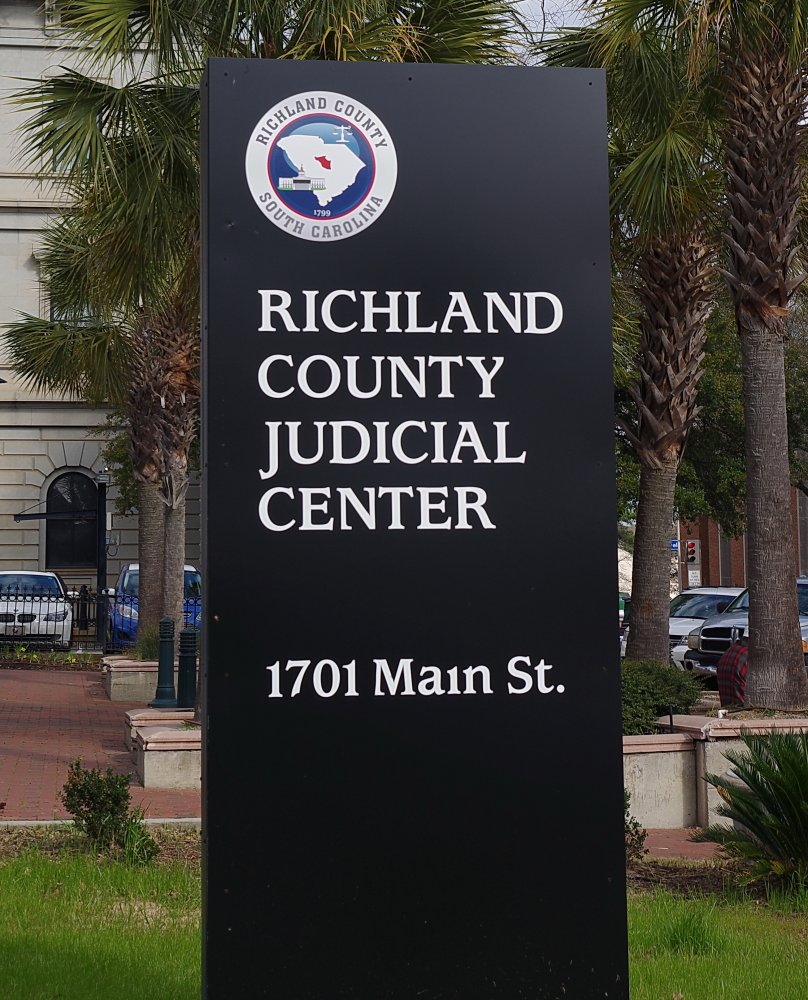 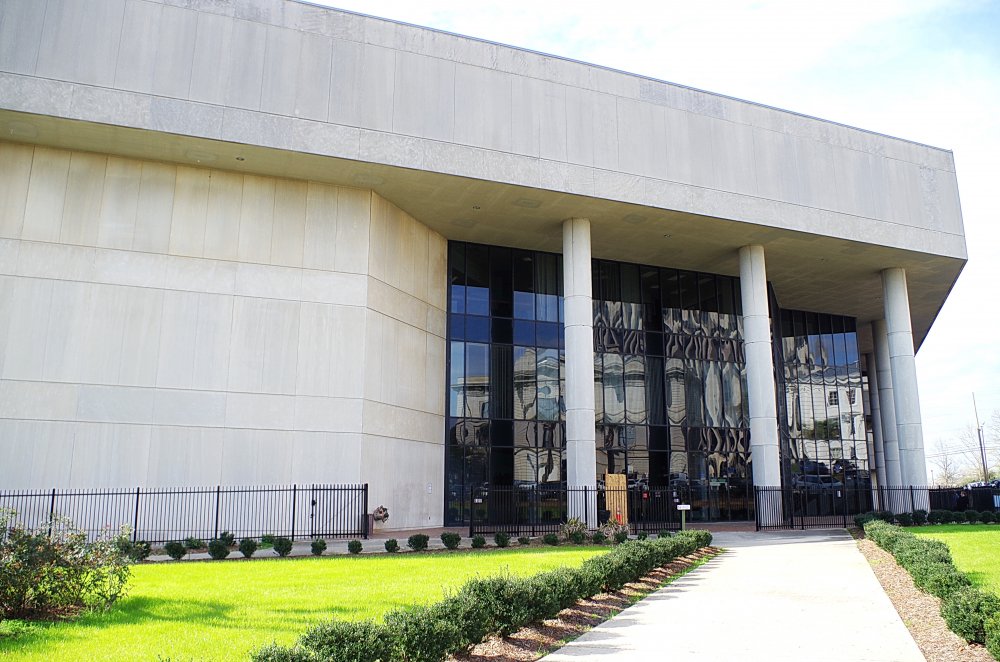 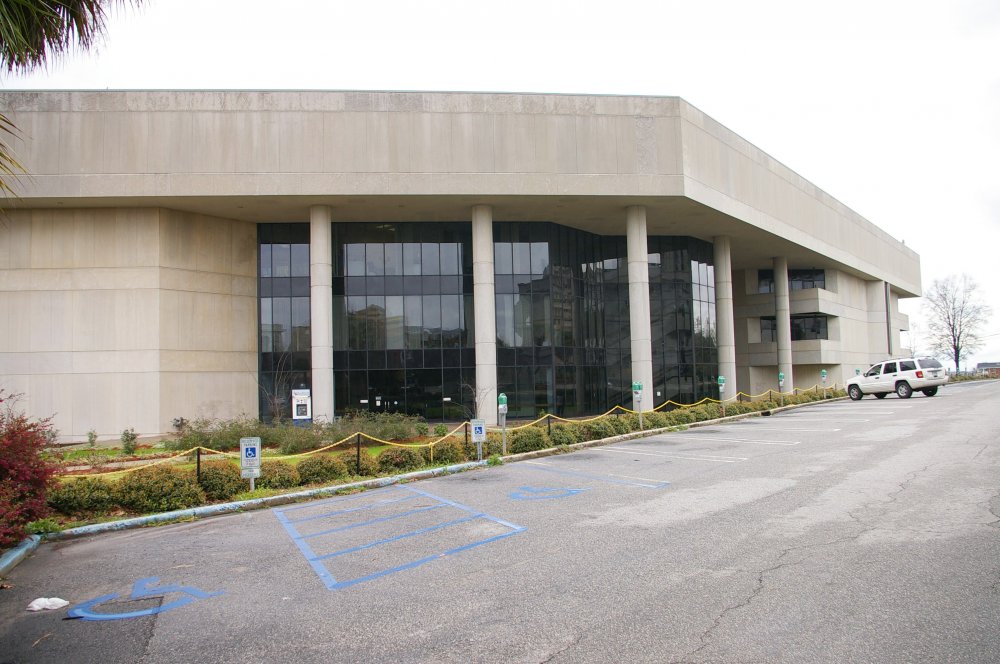 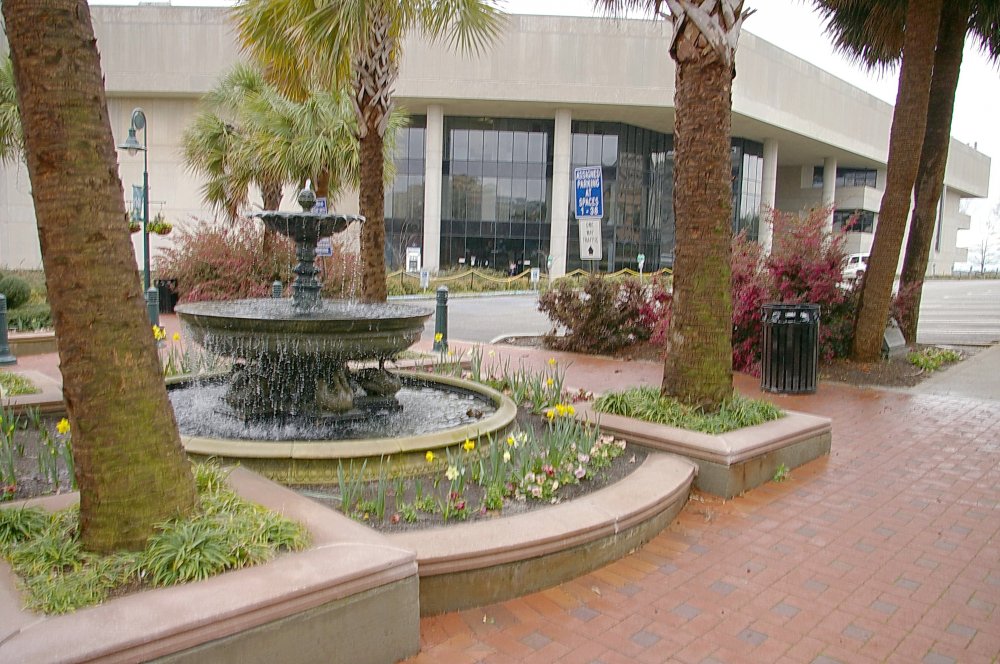 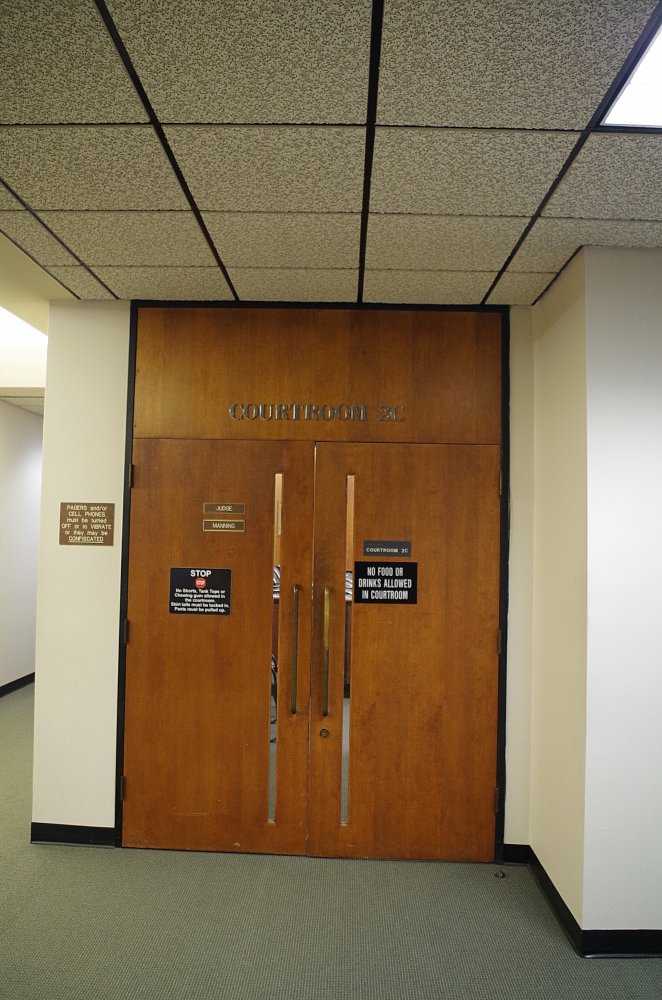 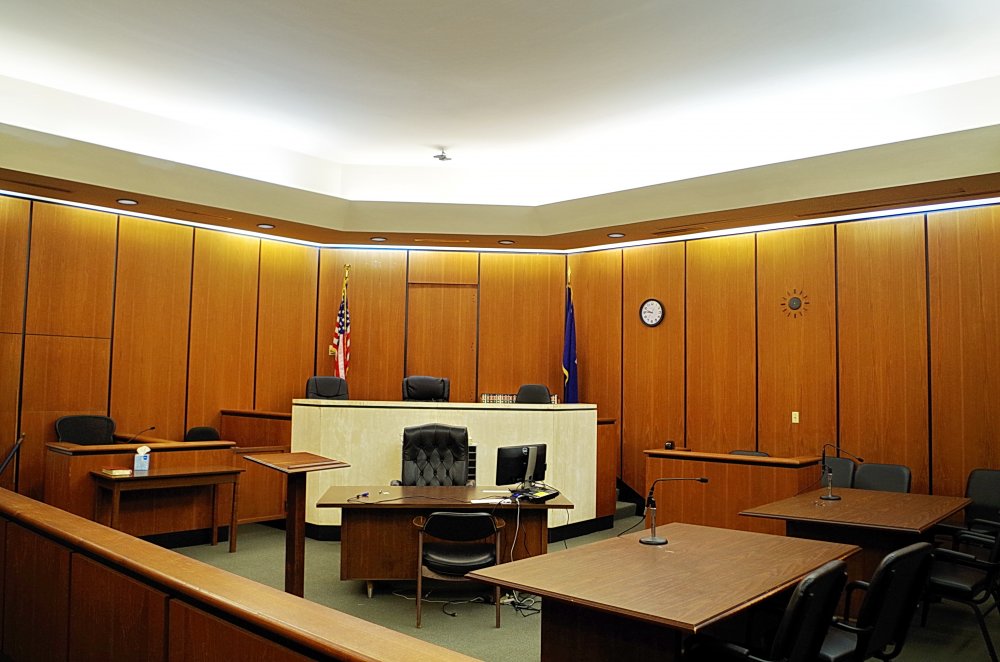 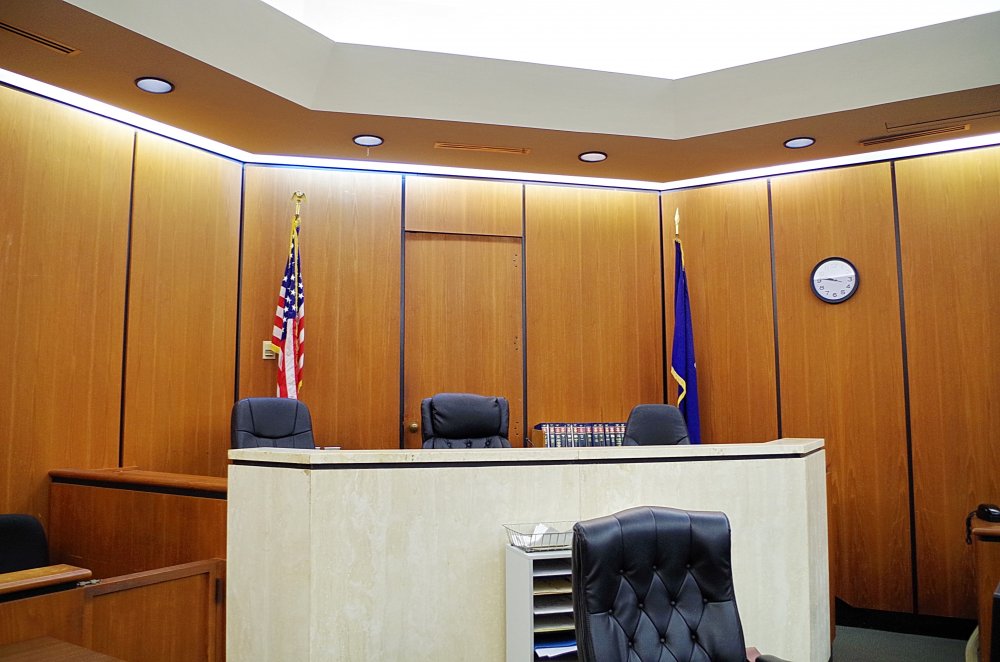 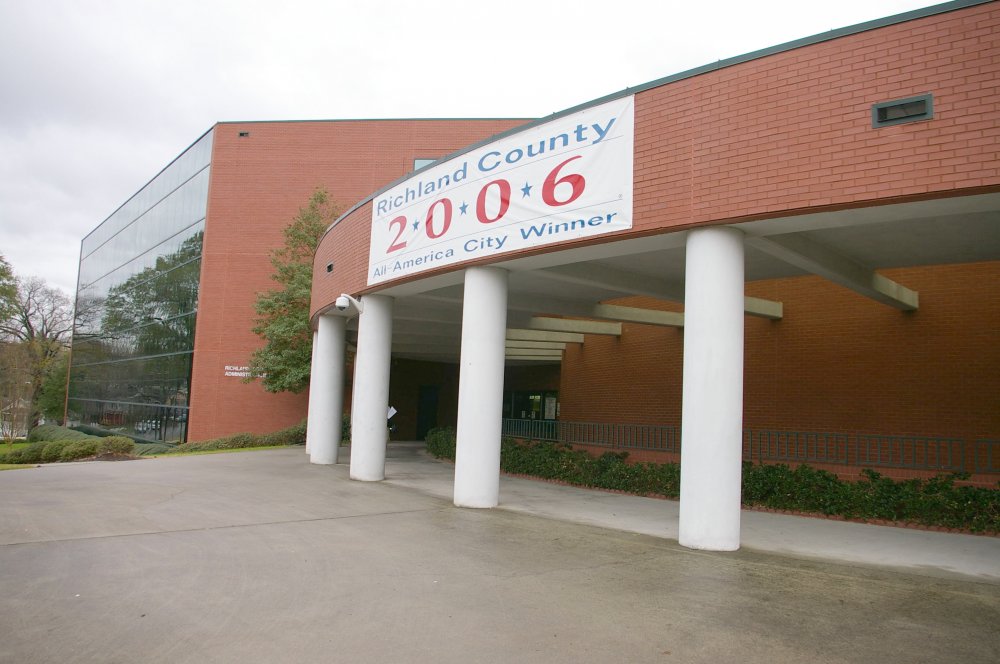