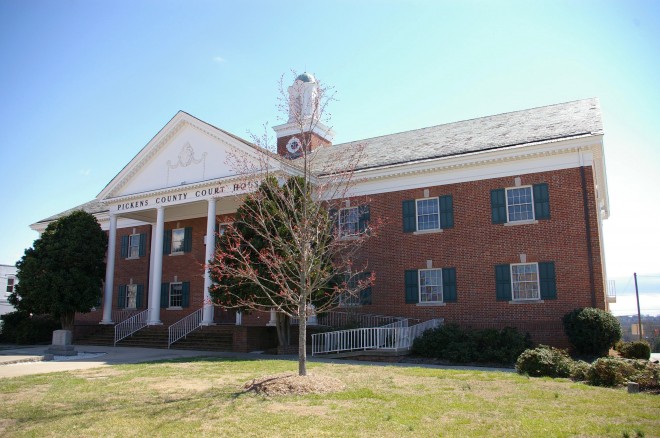 Pickens County is named for Andrew Pickens, who was a United States Representative. 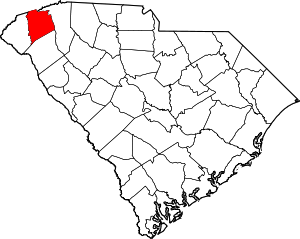 Description:  The building faces north and is a two story red colored brick and concrete structure. The building is located on landscaped grounds in the center of Pickens. On the north side, the building has a large portico supported by four thin columns rising to a pediment at the roof line. The doorway is framed with white colored wood. There are green colored shutters on the windows. Above the entrance is a small square white colored cupola with green colored roof. The building was expanded on the south side in 1997 with the use of light orange colored brick and concrete. The main entrance is now on the south side with a semi circular entrance section. The architect was F J Clark Incorporated and the contractor was M B Kahn Construction Company, Inc. 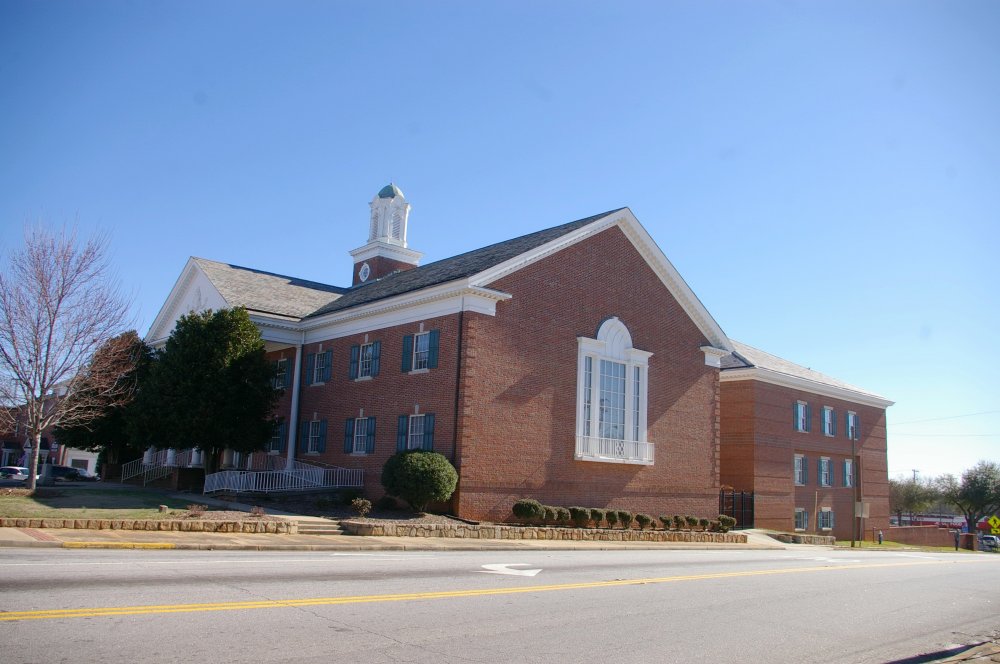 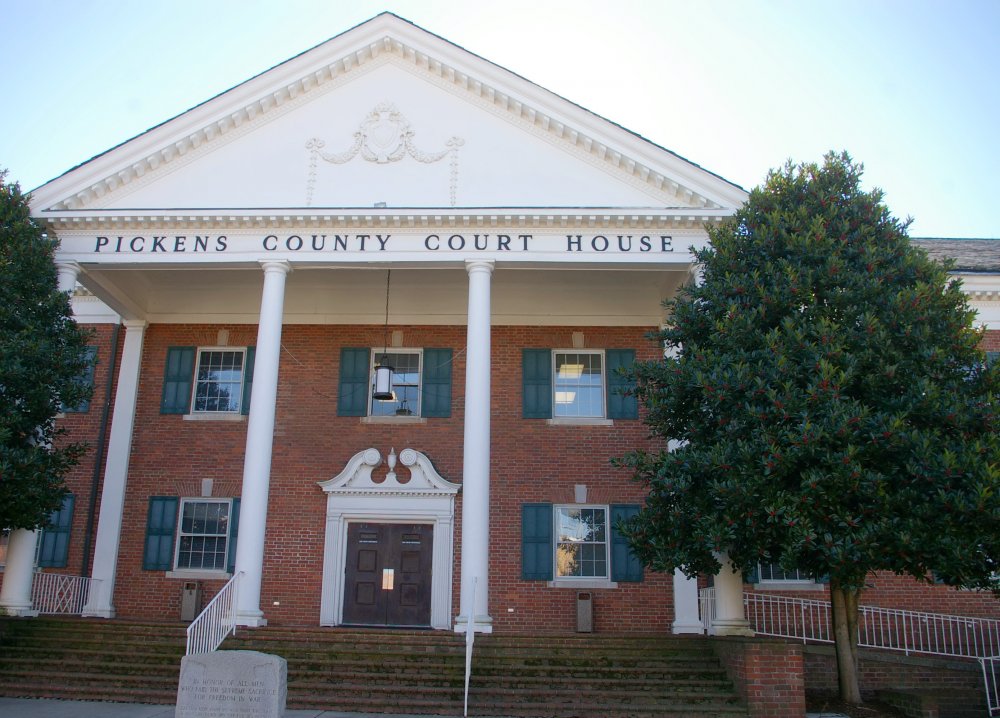 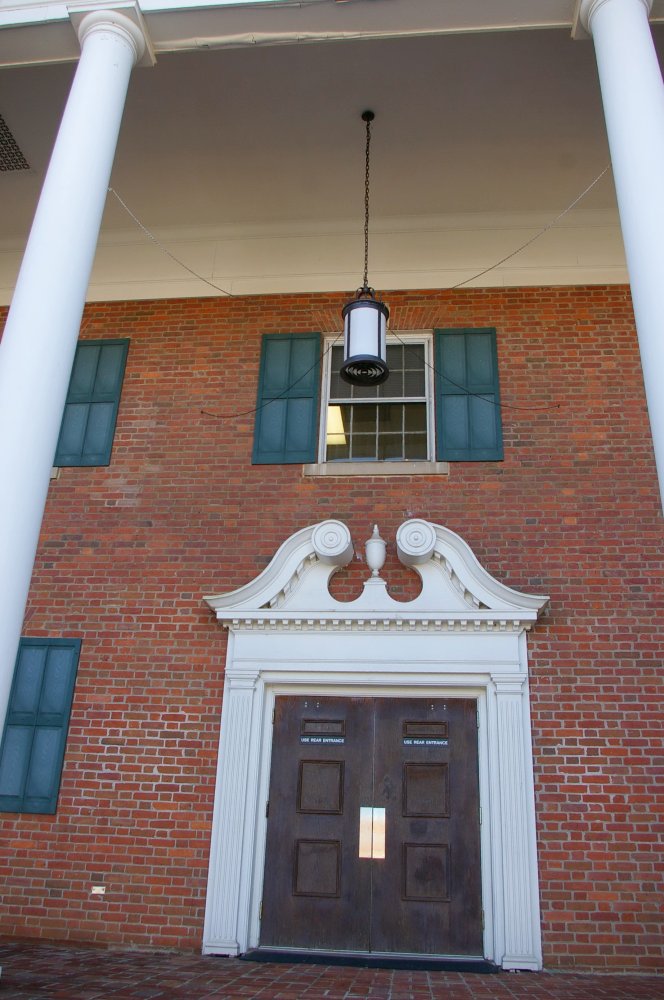 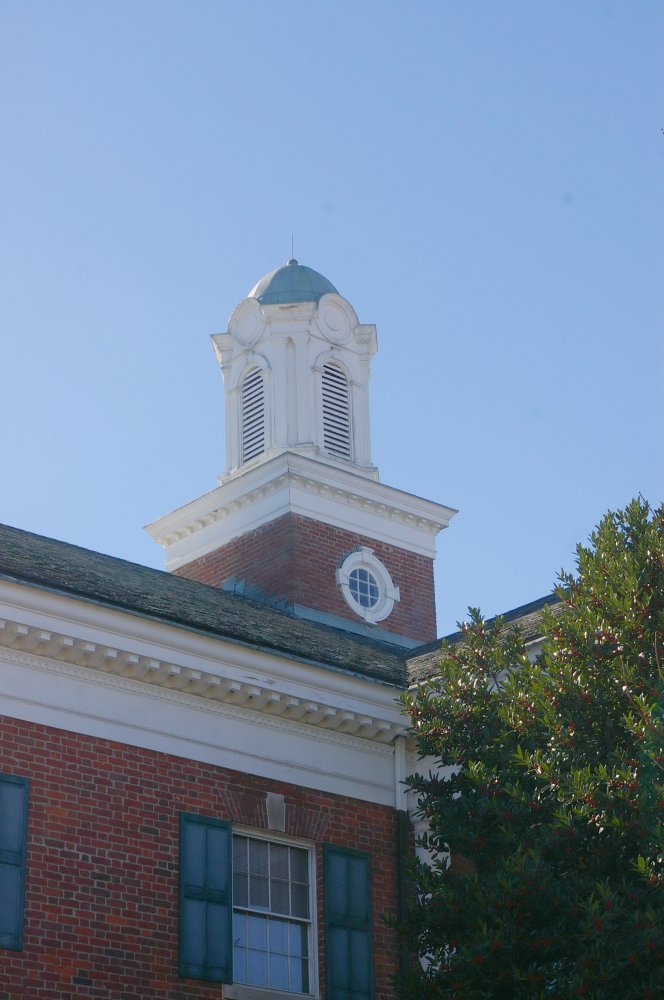 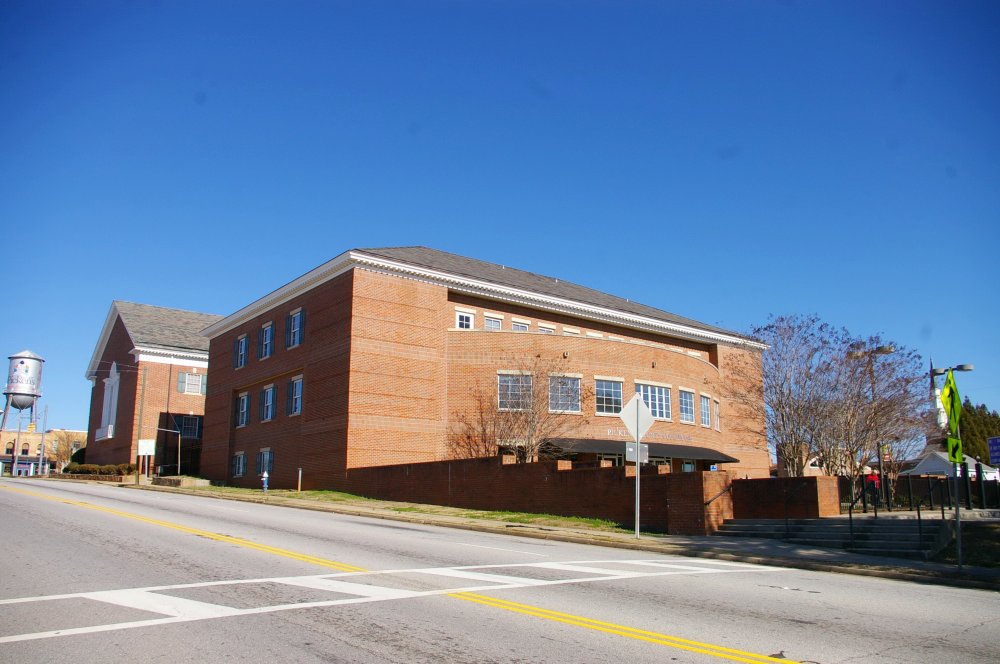 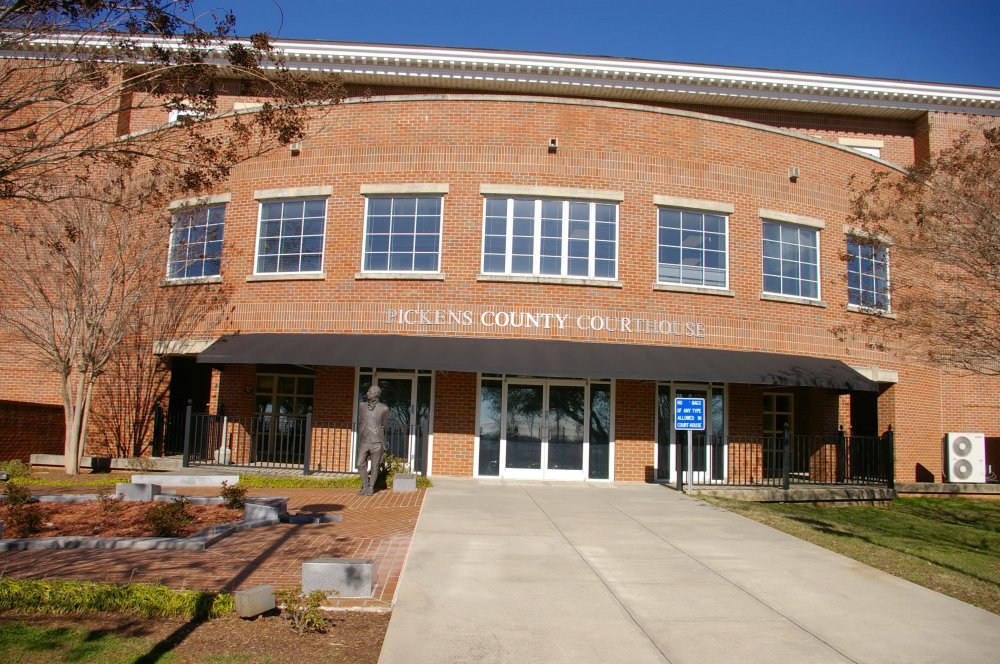 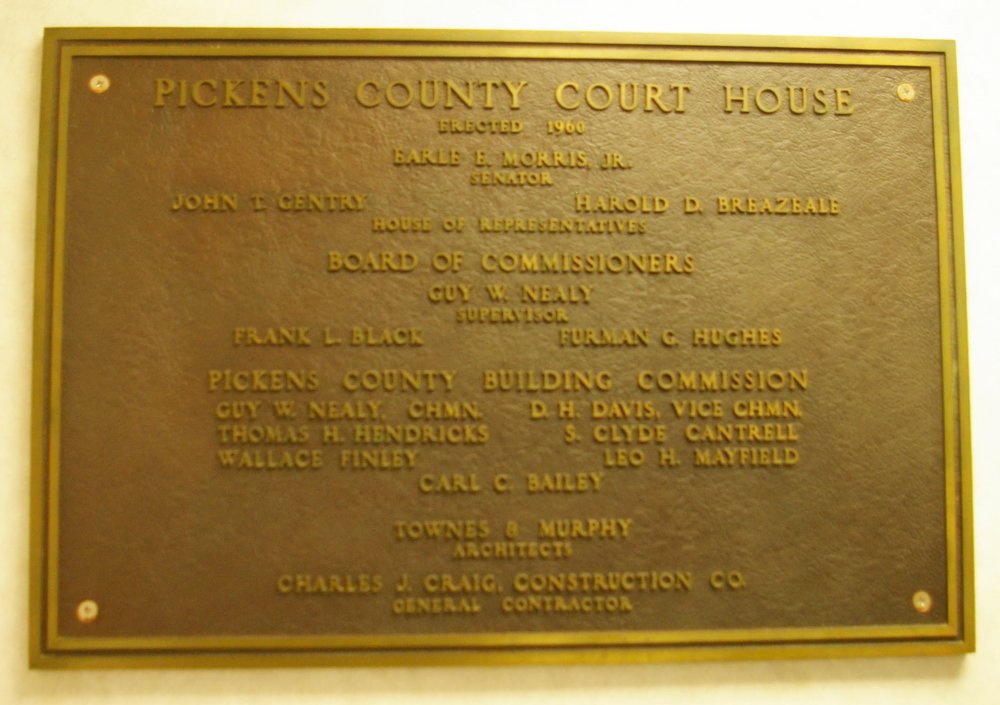 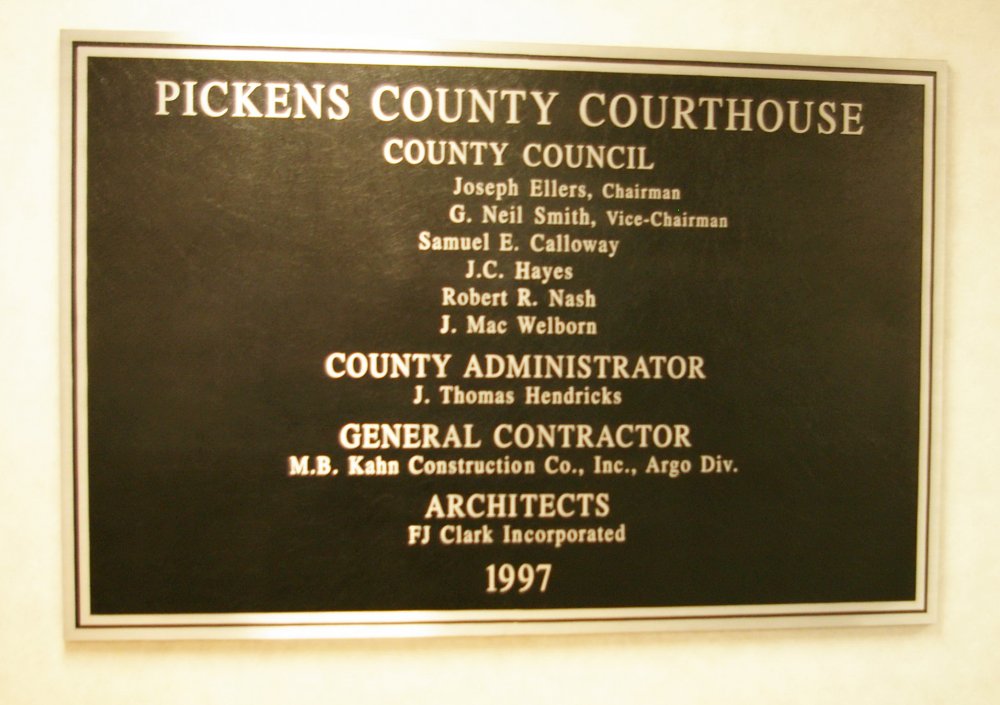