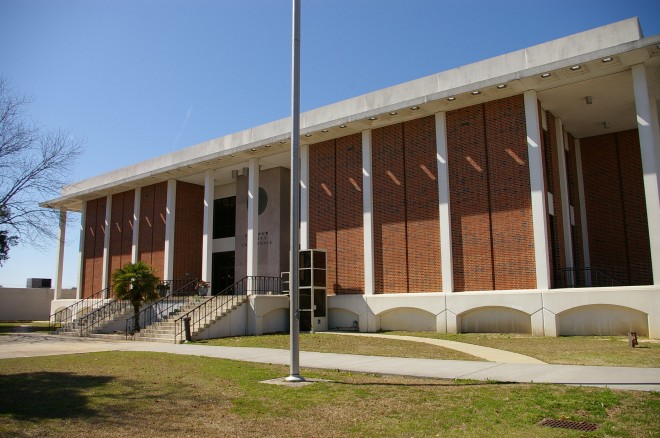 Kershaw County is named for Joseph Kershaw, who was a South Carolina state legislator.

Architect:  Ralph Little and Clark, McCall and Leach of Hartsville

Contractor:  C B Askins and Company of Lake City

Description: The building faces east and is a two story dark red colored brick and concrete structure. The building is located on landscaped grounds in the center of Camden. Vertical white colored pillars divide the brick facing around the building which has a large overhang at the roof line. The east entrance has a divided doorway with centre panel and glass above the doorways. The base is white colored concrete. The roof line is flat. To the northeast is the County Administration. 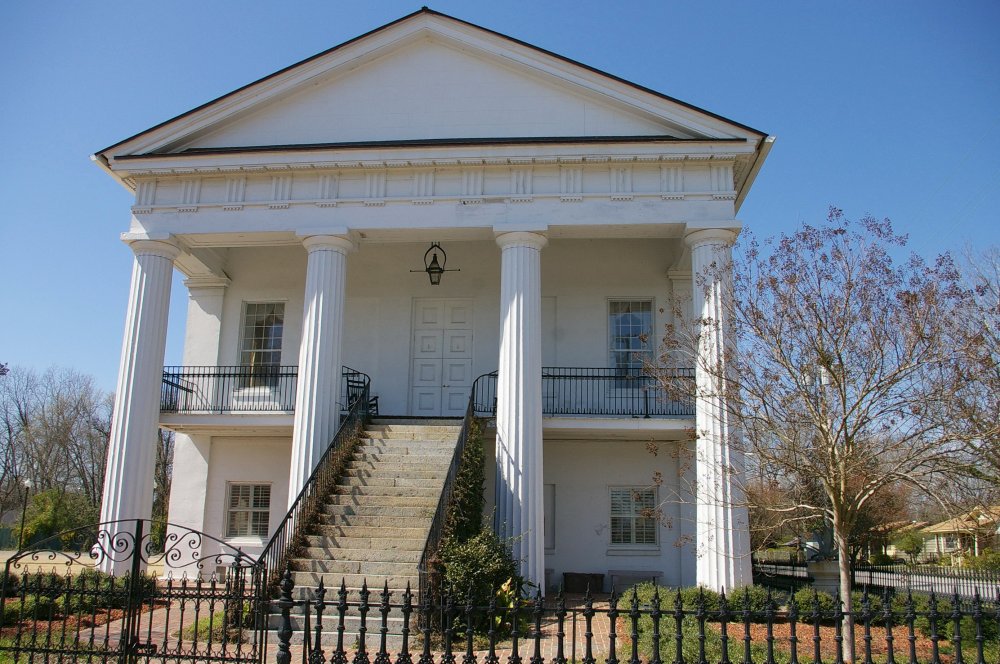 Description: The building faces east and  is a two story white colored brick and stucco structure. The building is located on spacious landscaped grounds in the center of Camden. The building has a large porch supported by four large columns rising to a wide pediment at the roof. Central steps ascend to the second story where the large courtroom is located. The roof is hipped. The building served as the courthouse until 1906. 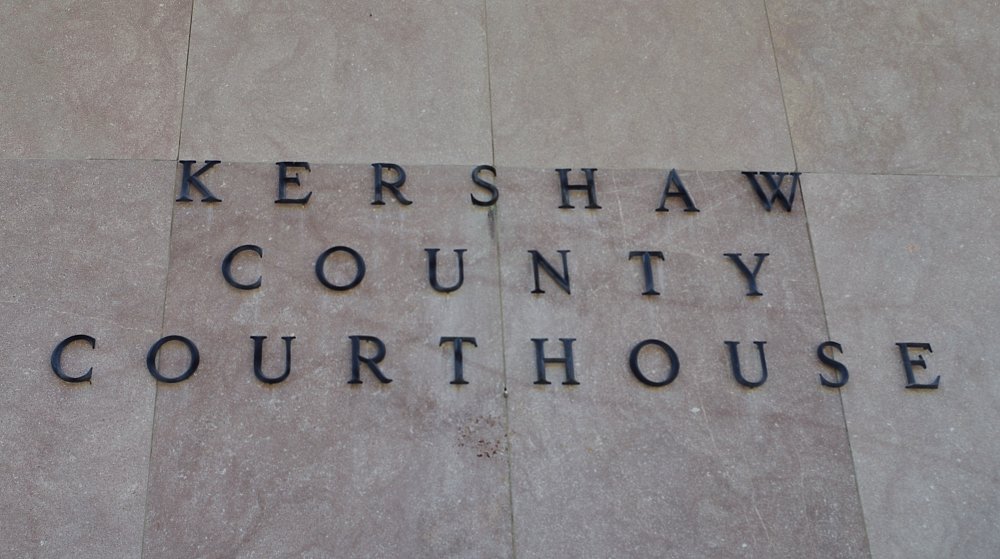 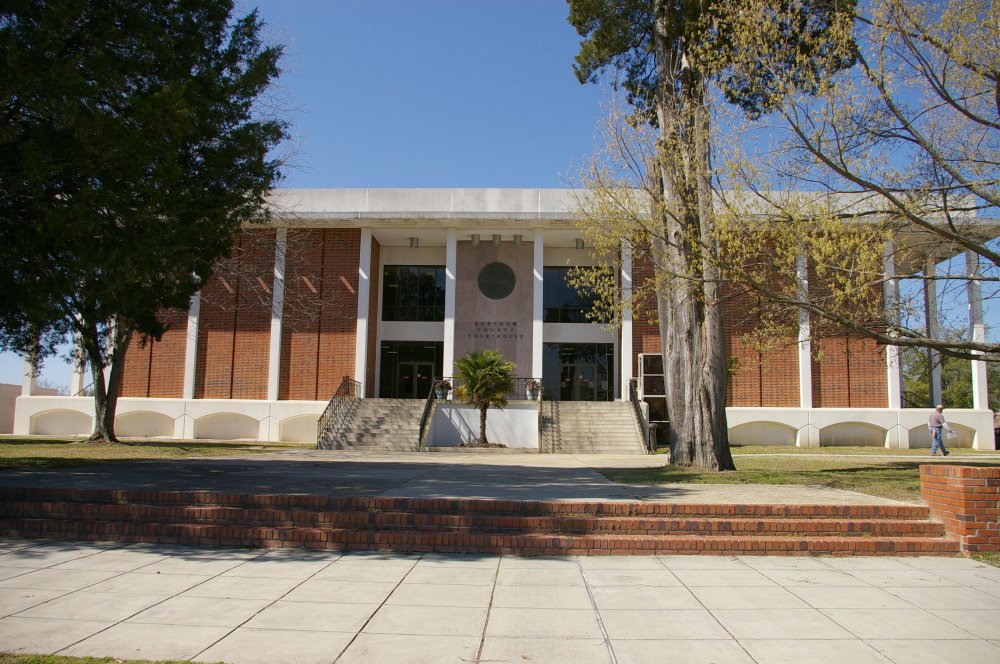 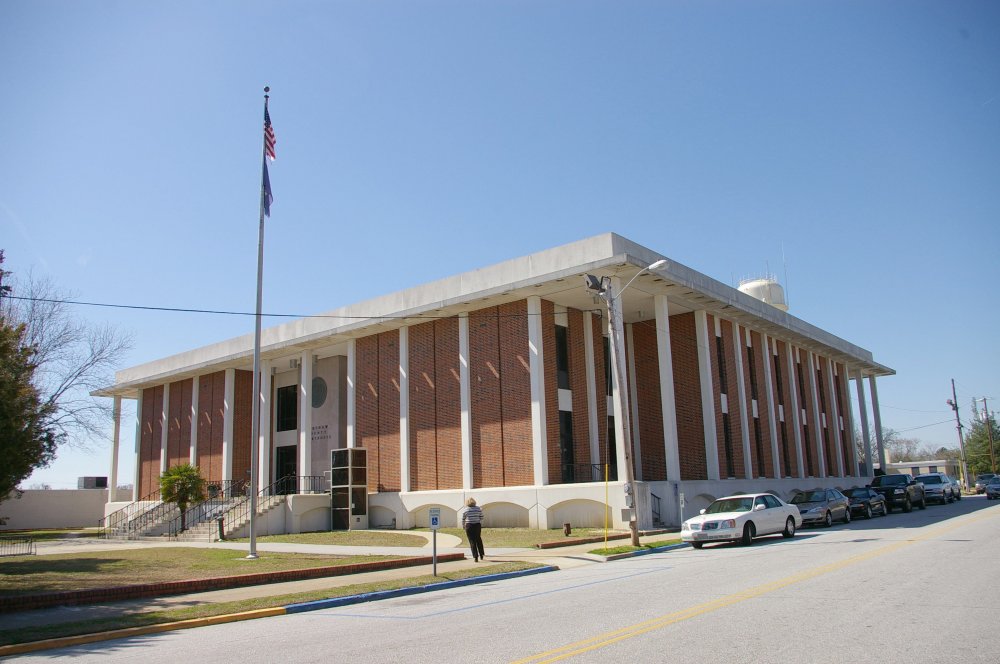 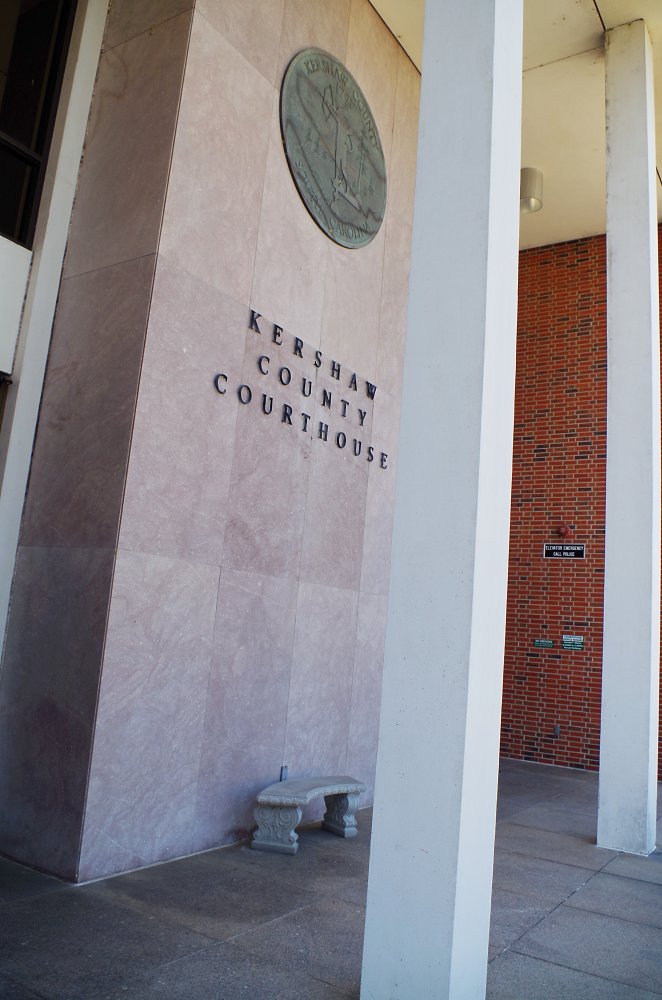 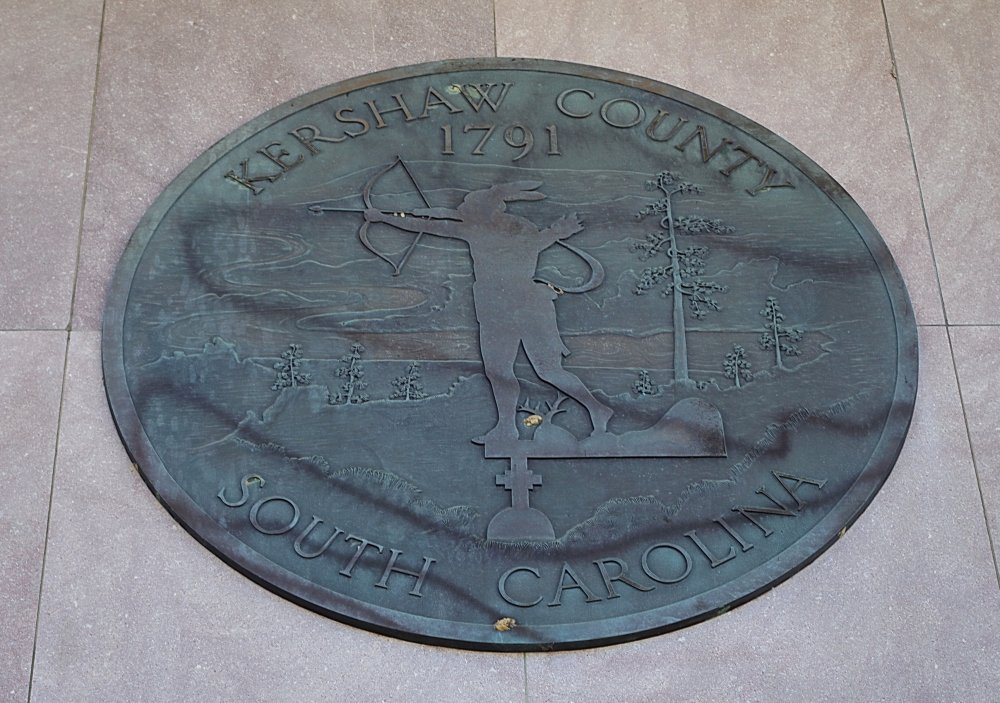 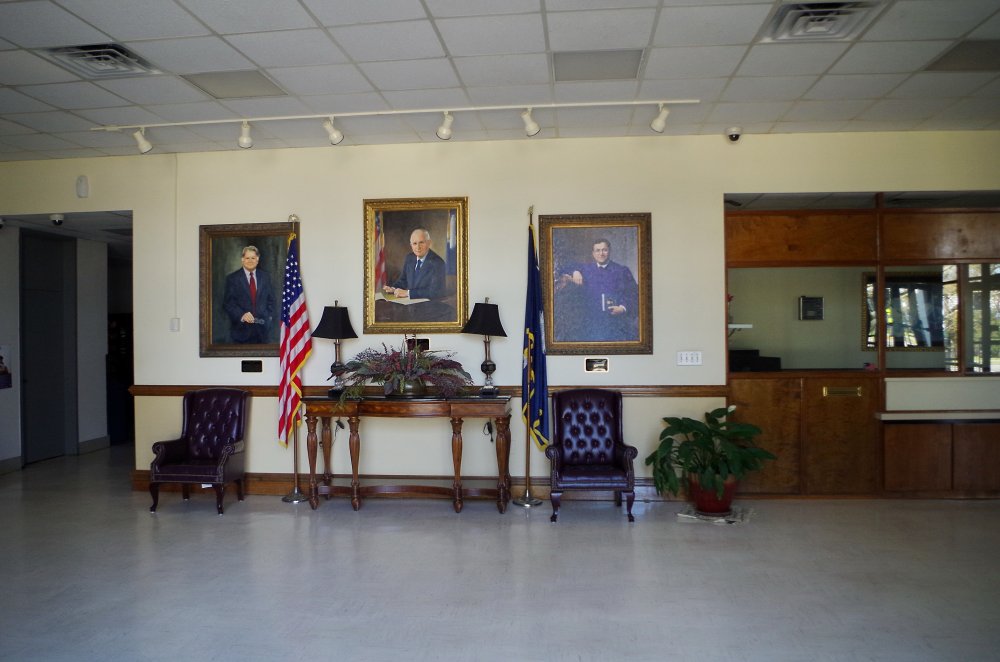 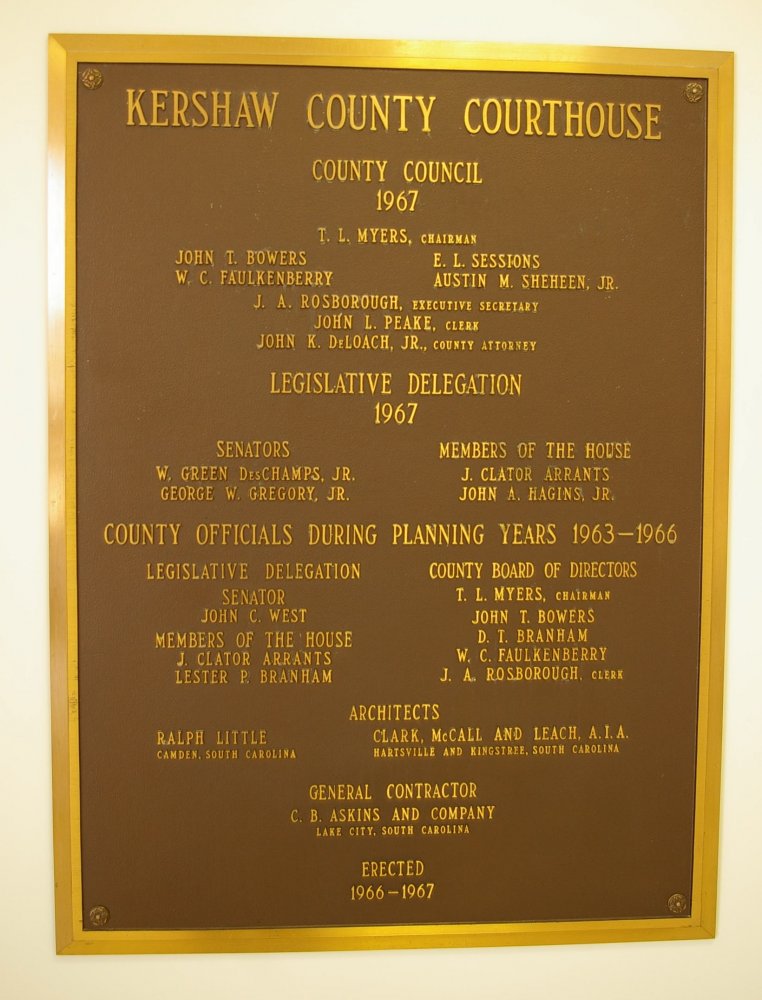 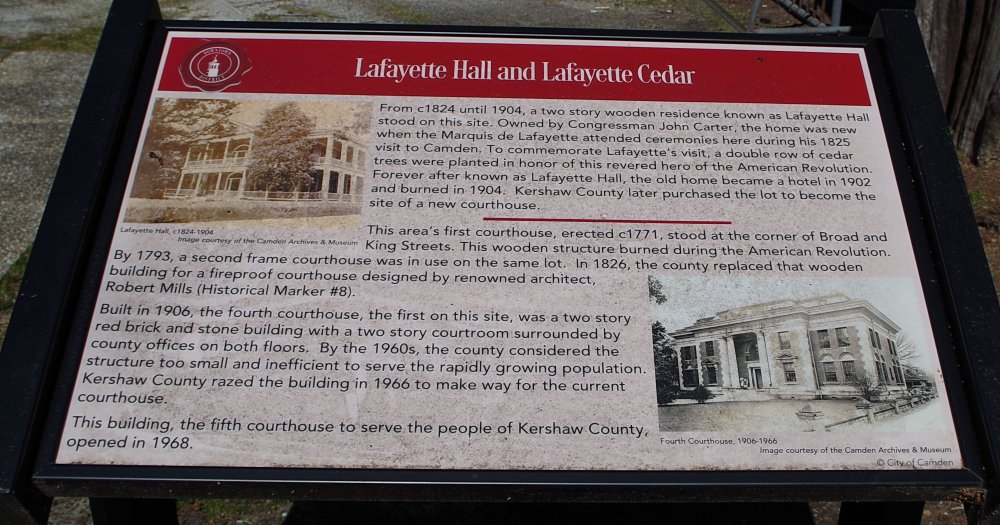 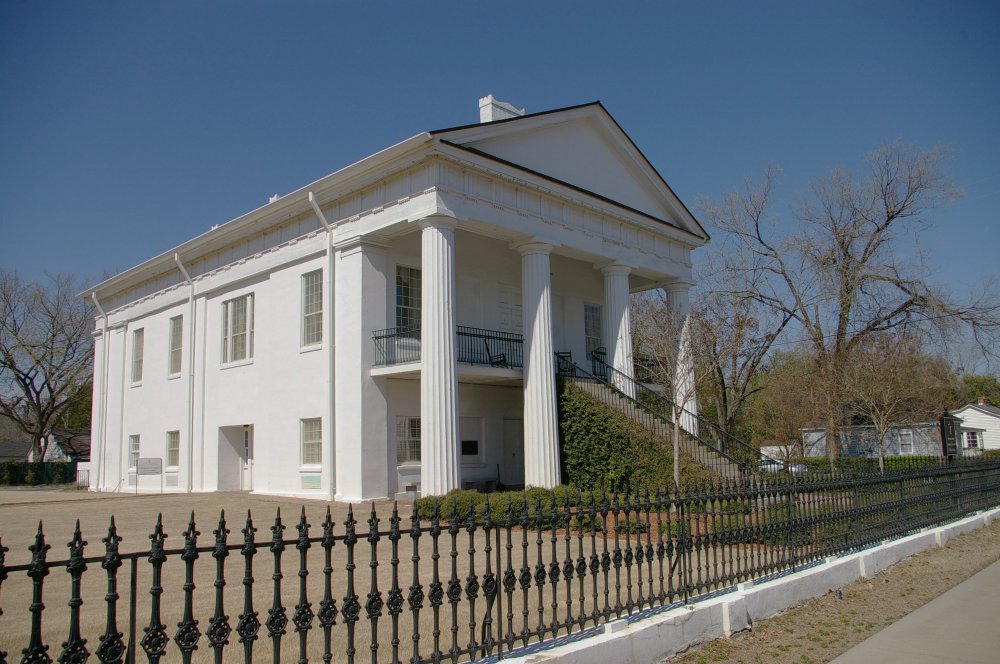