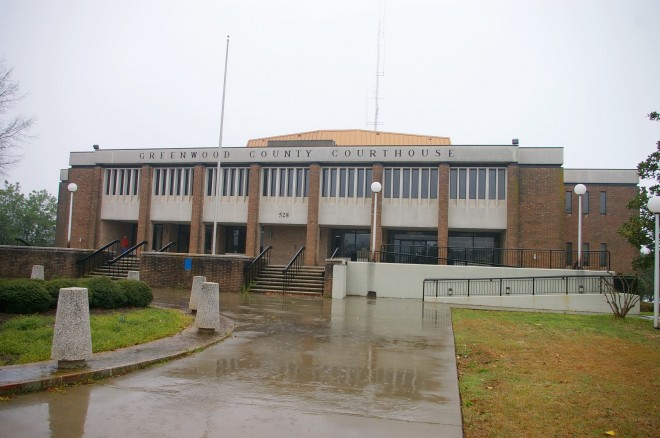 Greenwood County is named for the Greenwood plantation which plantation belonged to Judge John McGehee.

Description:  The building faces east and is a two story dark brown-red colored brick and concrete structure. The building has the front extending from the main building. The first story is recessed and having glass entrances. Above, vertical brick dividers separate the white panels with narrow vertical windows above. A wide white concrete band runs along the flat roof line. Atop the roof is a gold colored raised section. 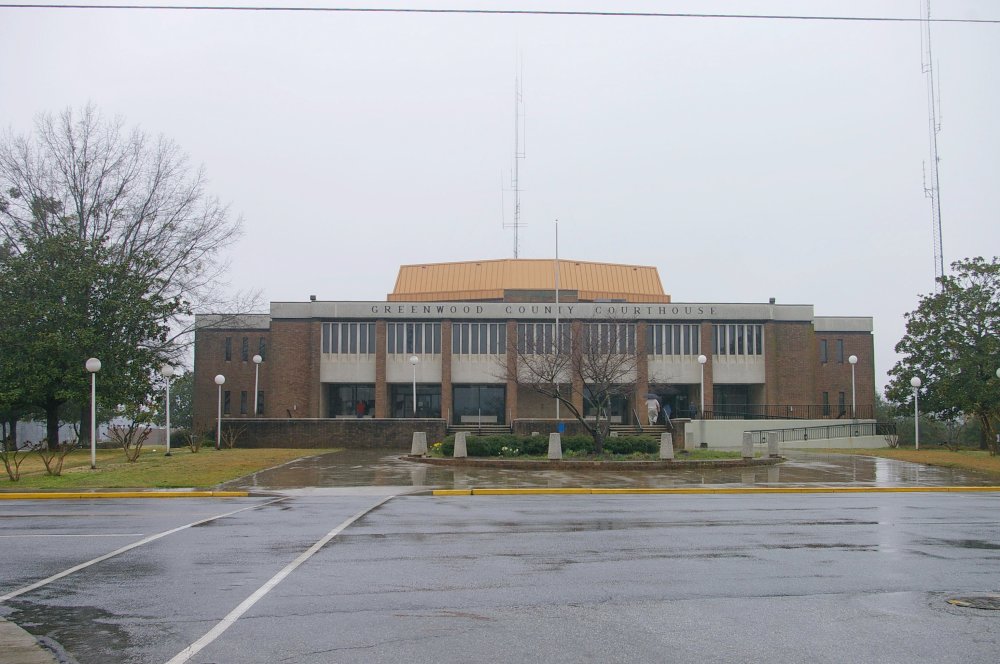 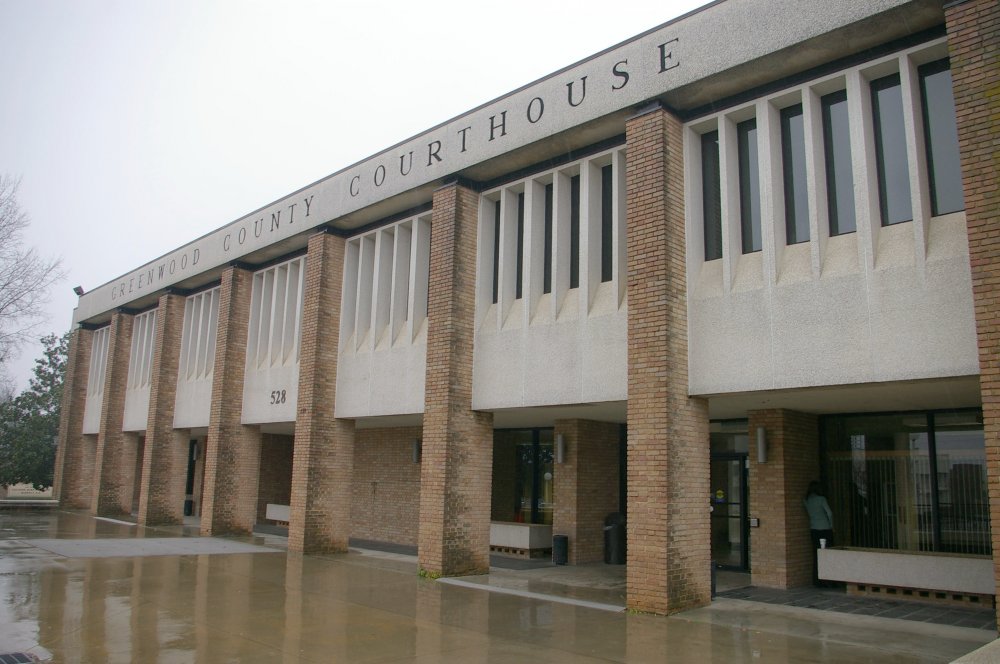 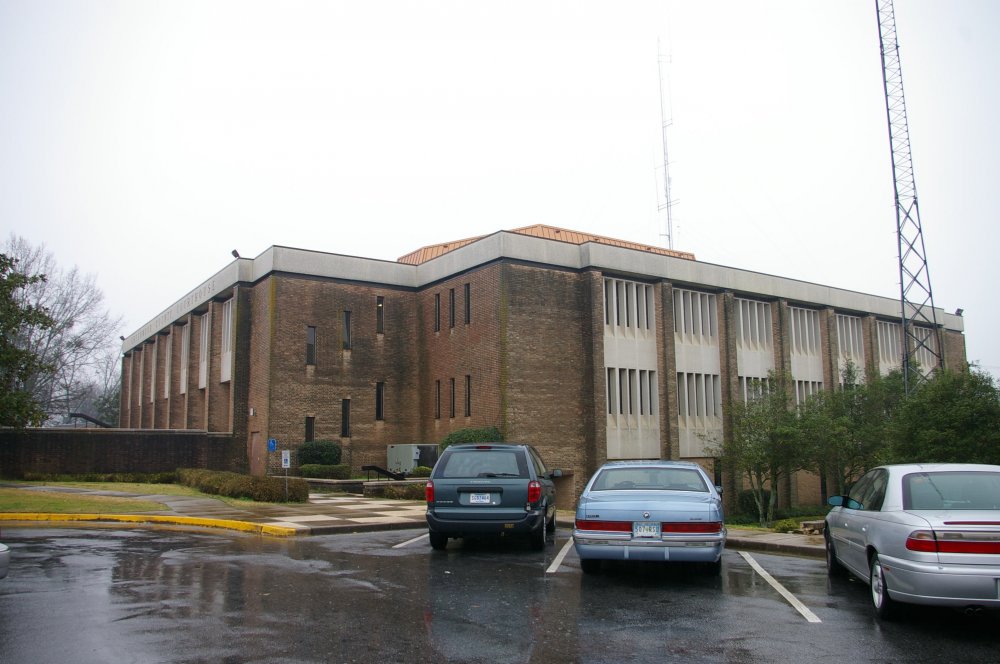 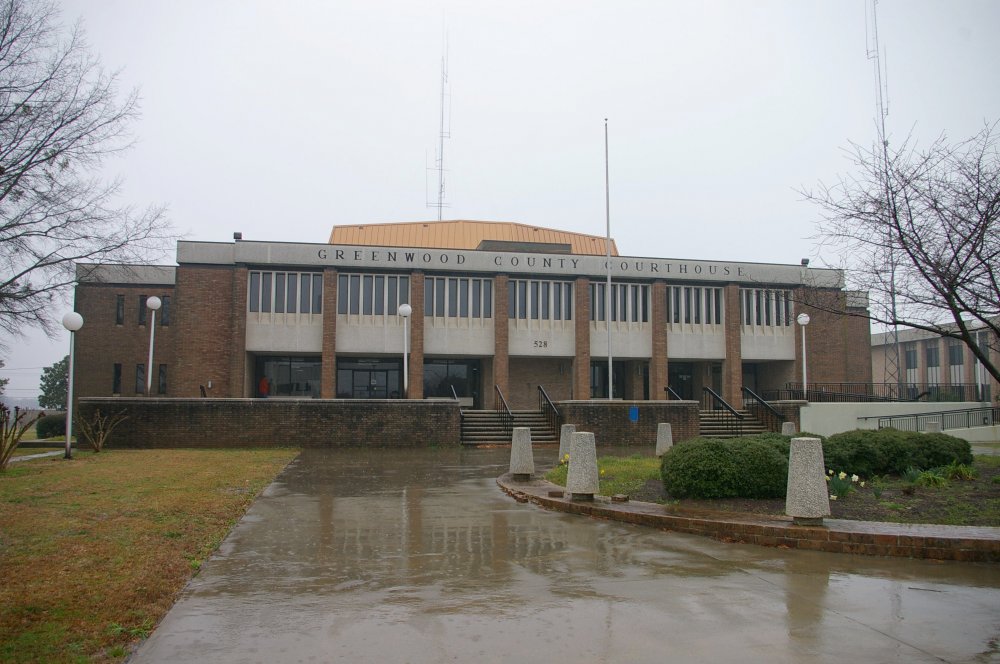 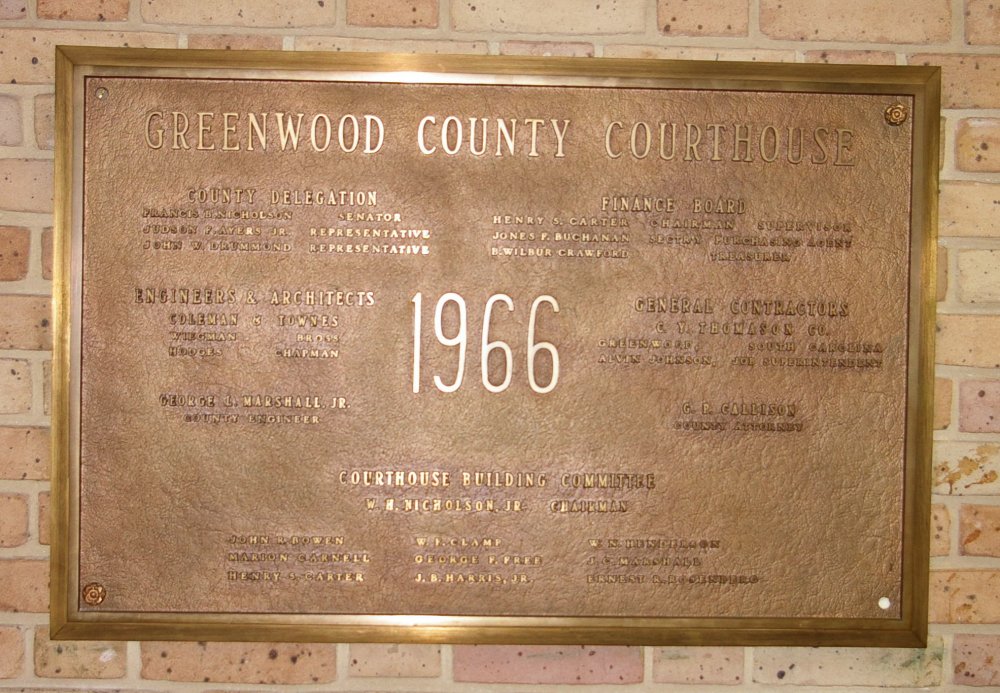