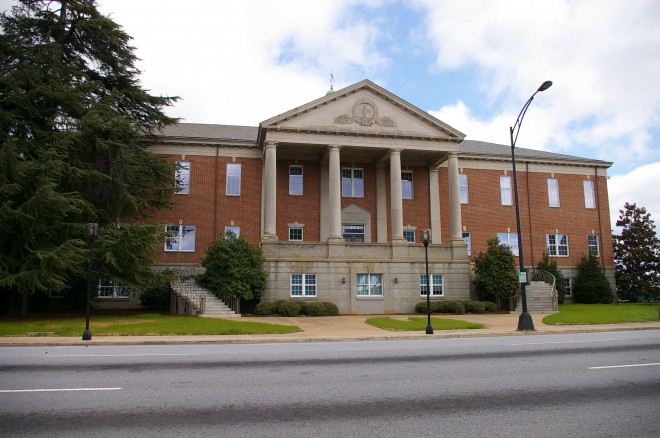 Greenville County is named for the green vegetation in the region, for Nathaniel Greene, who an American Revolutionary War hero, or for Isaac Green, who an  early settler in the county.

Description:  The building faces south and is a two story red colored brick and concrete structure. The building is located on landscaped grounds in the center of Greenville. The building has a large portico supported by four large columns rising to a pediment at the roof line. Curved steps ascend on either side of the portico to the first story entrance. The doorway is trimmed with stone. On the center of roof is a small green colored cupola. An addition was added in 1958. On the west side is a red colored brick and concrete addition constructed in 1997. The concrete framed entrance has glass panels and extends to the street. The architect was Fluor Daniel. 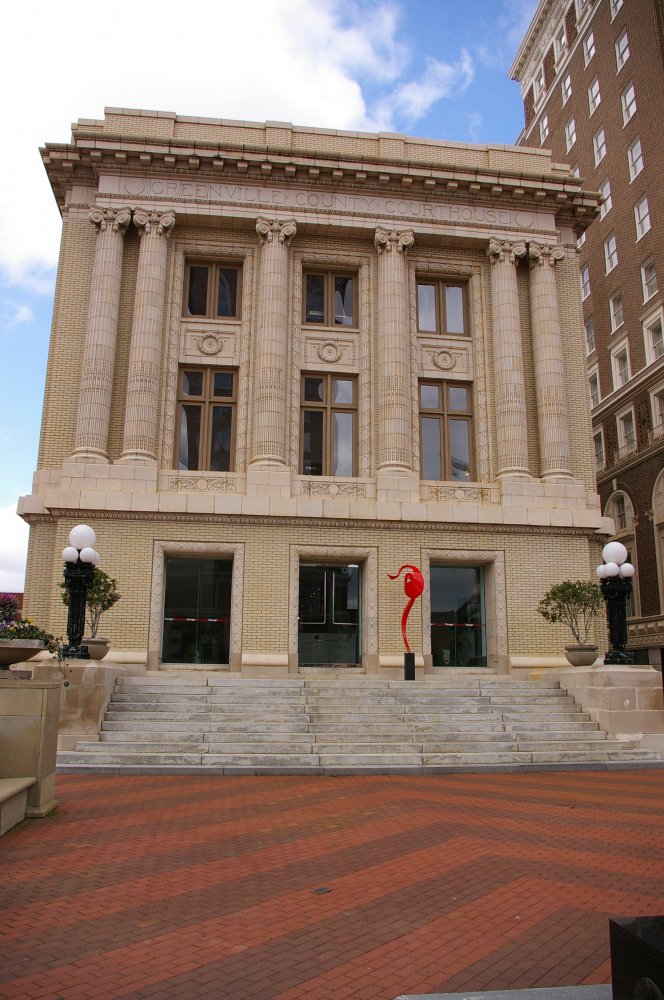 Description:  The building faces east and is a three story stone, brick, terra cotta and concrete structure. The building is located in the center of Greenville. The rectangular shaped building has three recessed entrance on east side of the first story. A wide cornice runs above the first story with six columns rising to a header at the roof line. Another wide cornice runs below the flat roof line. 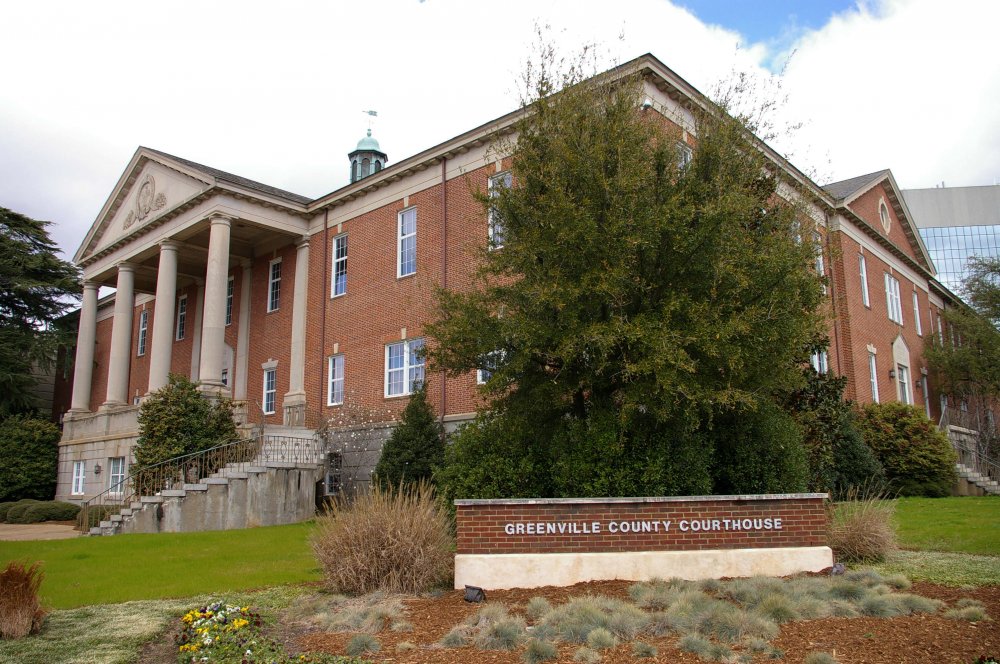 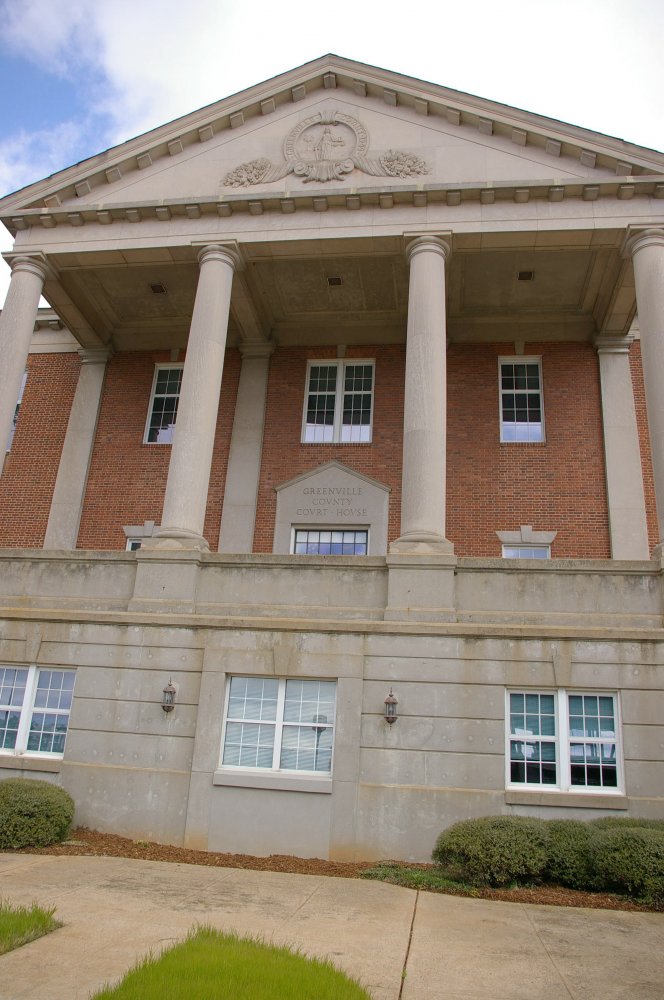 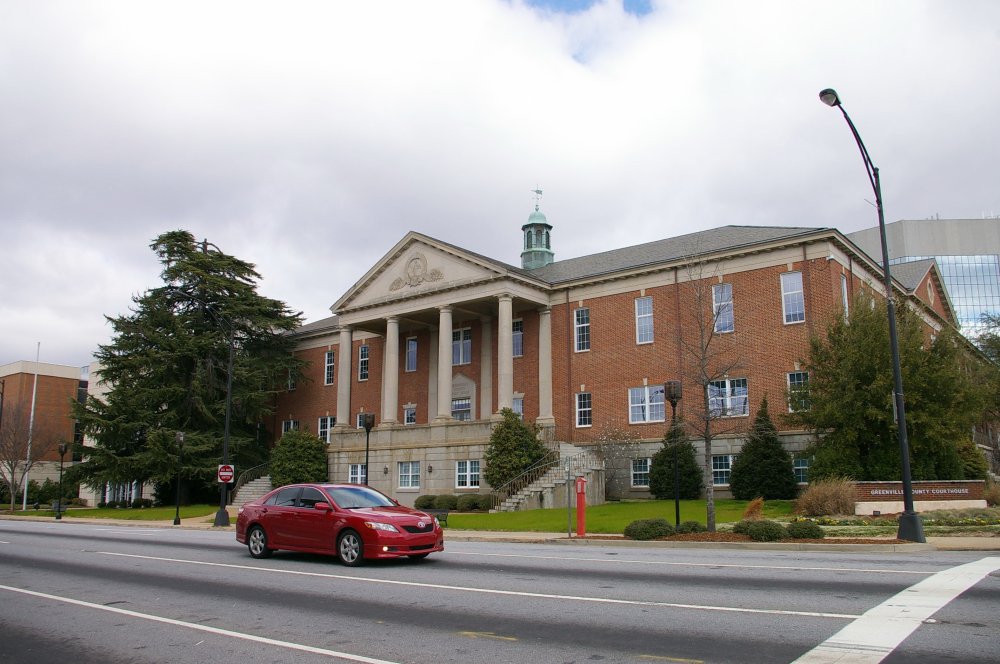 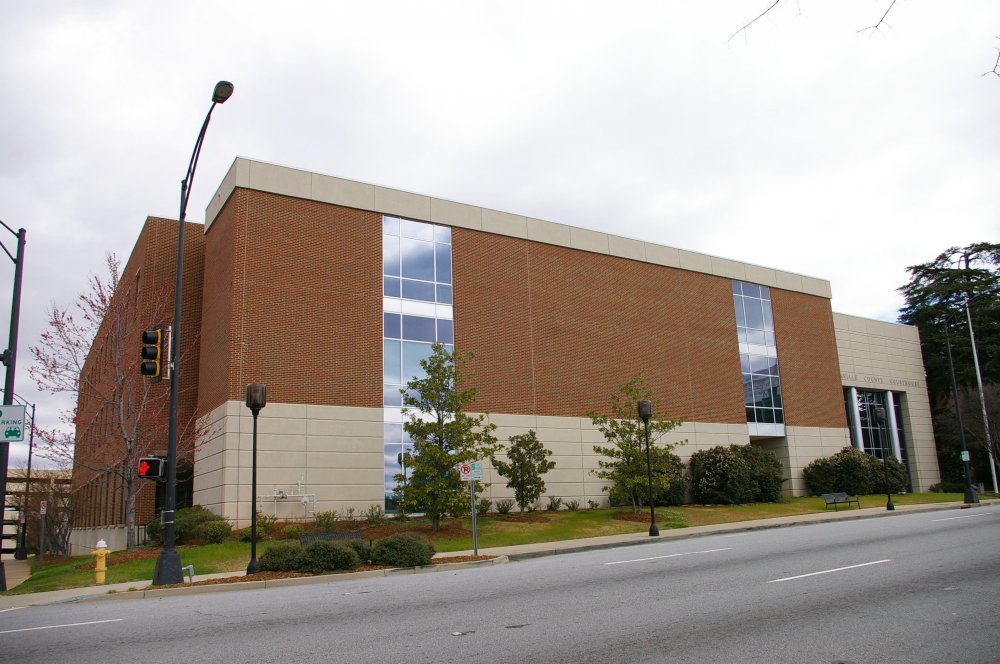 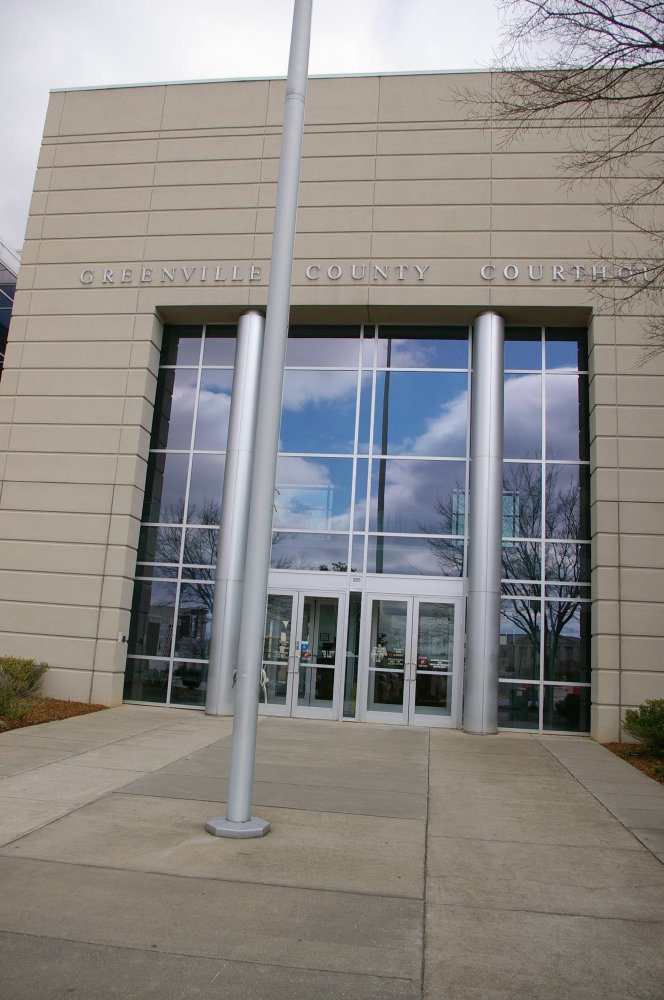 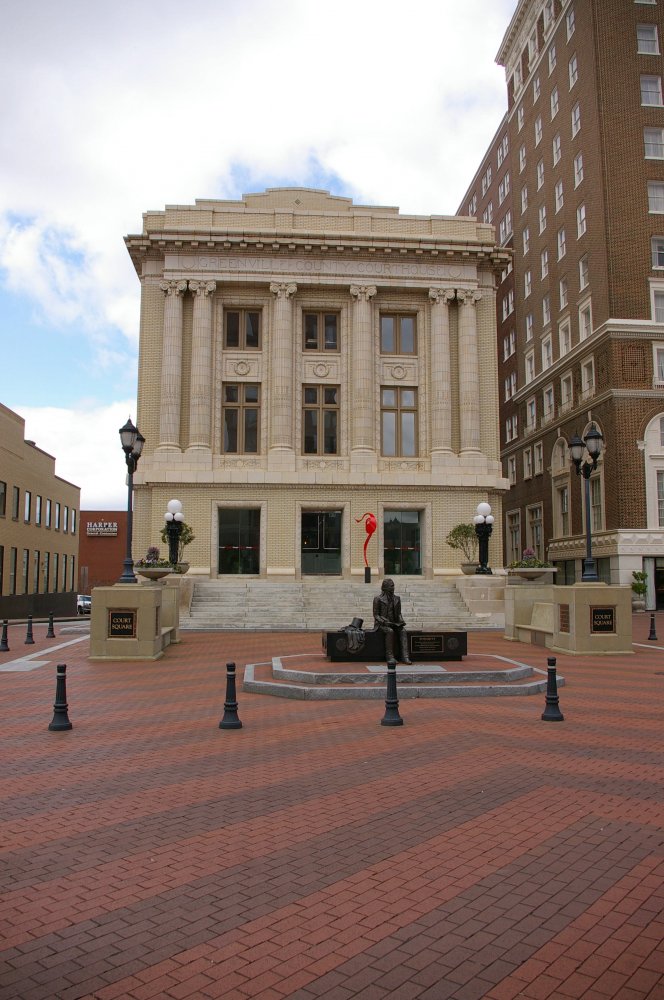 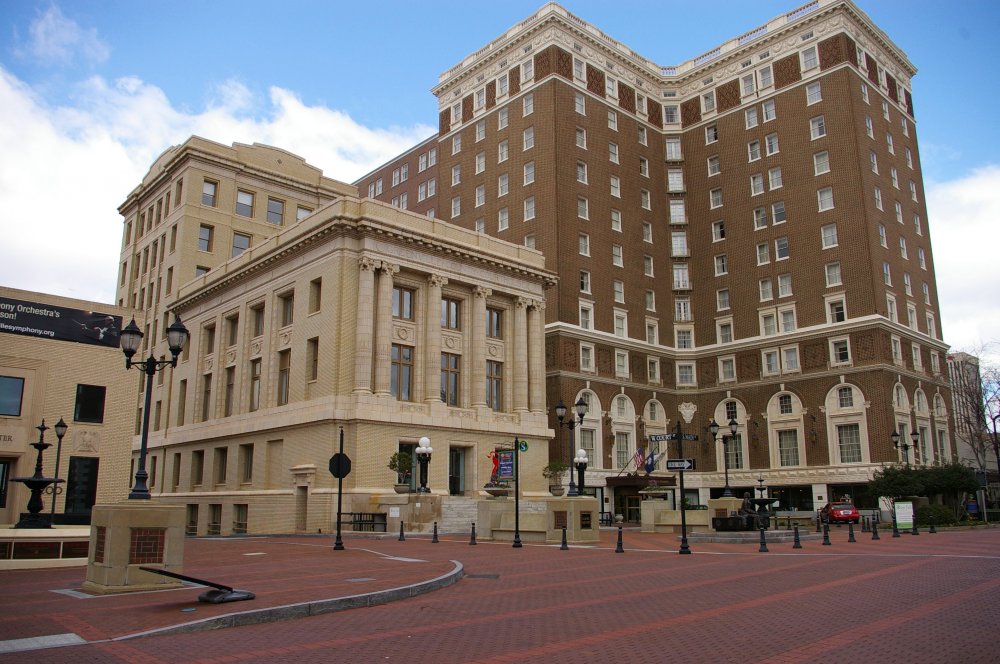 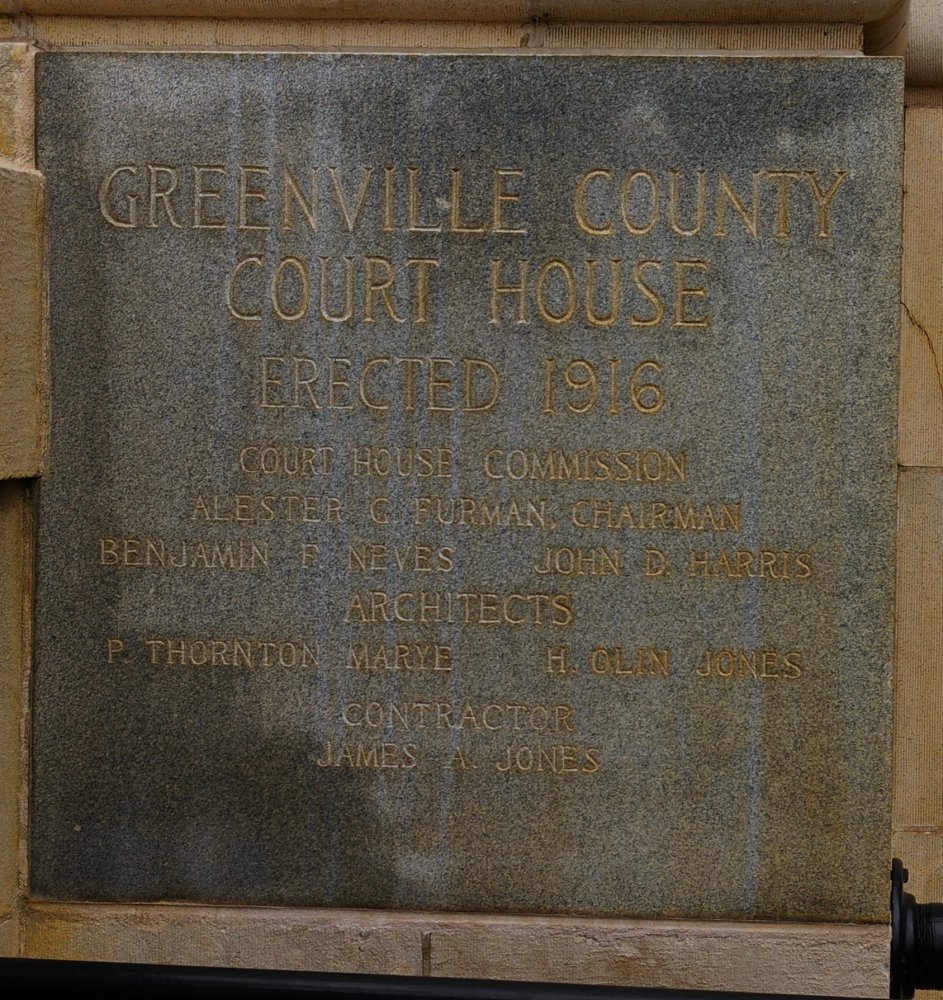