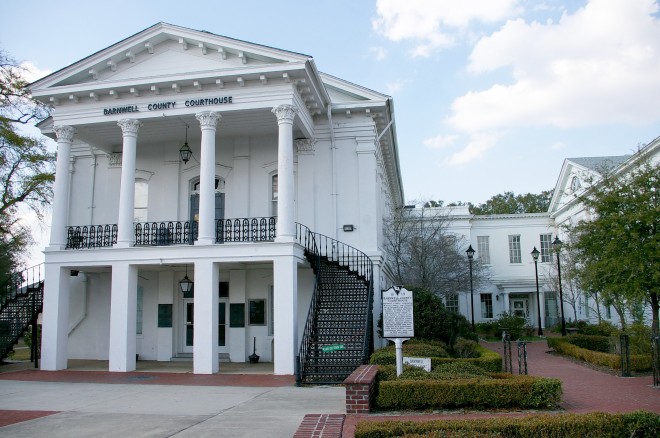 Barnwell County is named for John Barnwell, who was an American Revolutionary War figure who died in 1800.

Description:  The building faces south and is a two story white colored brick structure. The building is located on landscaped grounds in the center of Barnwell. The west section has a large porch supported by four square pillars on the first story and four columns on the second story with a pediment above. There is a black colored wrought iron staircase and balustrade. The east section which has stone trim around the entrance, corners and vertical bands and is joined at the north end, was built in 1902. The architect was Wilson & Edwards and the contractor was John Eve of Barnwell. In front is a vertical sundial. In 1921 another fire-proof addition was added for the records of the probate judge. The architect was James H Sams. In the 1930’s the red brick building was plastered over by the Work Progress Administration. 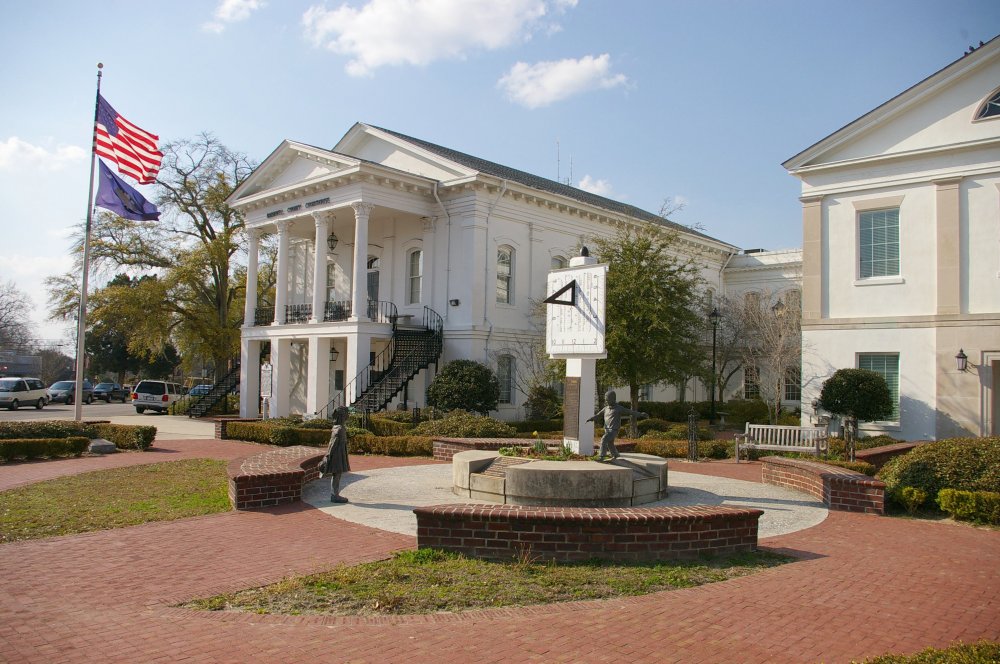 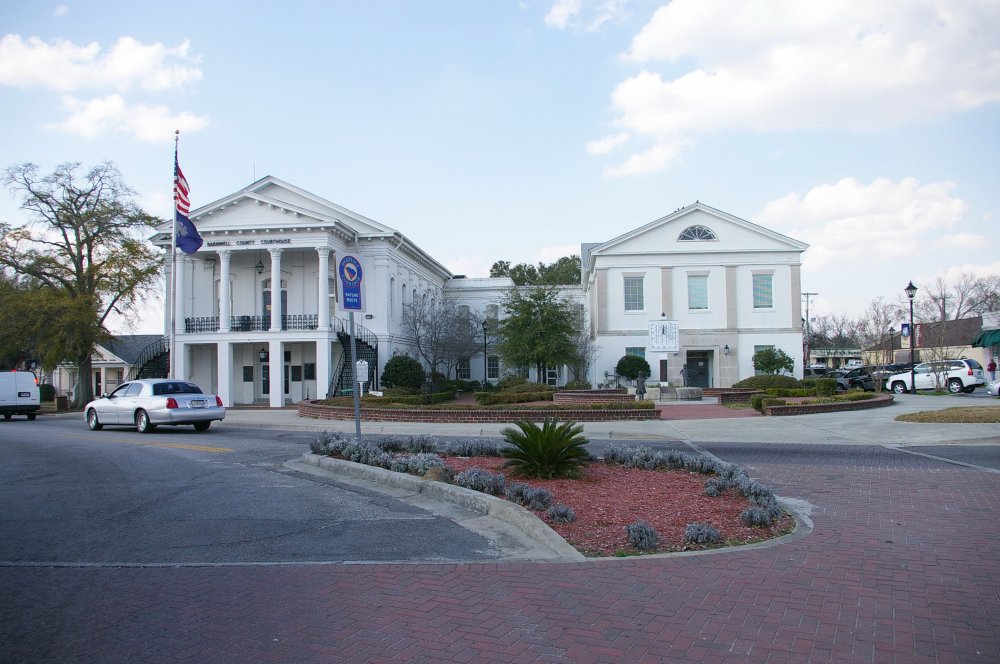 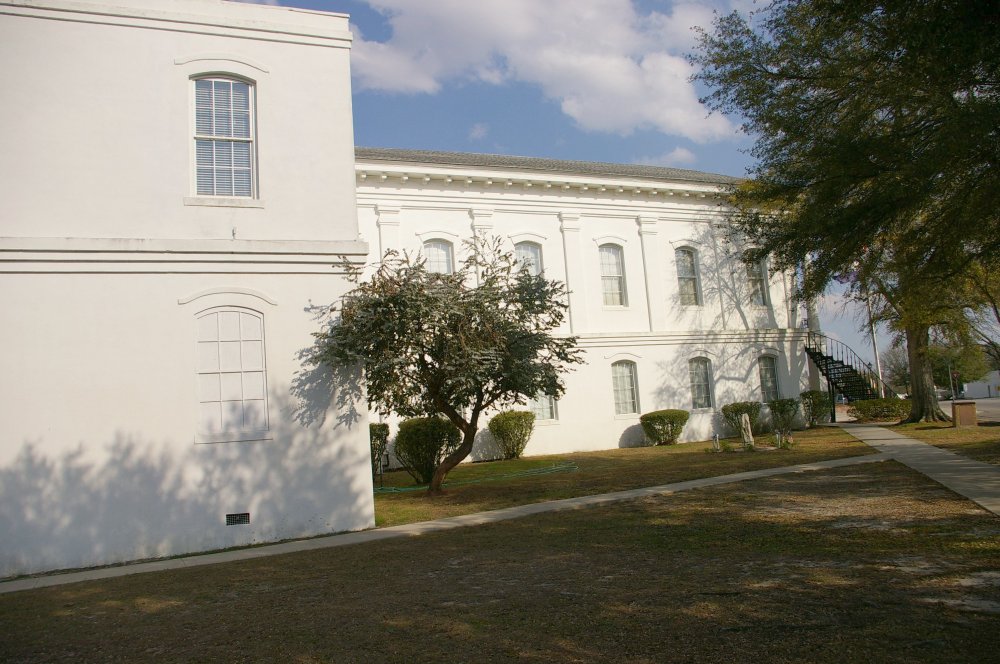 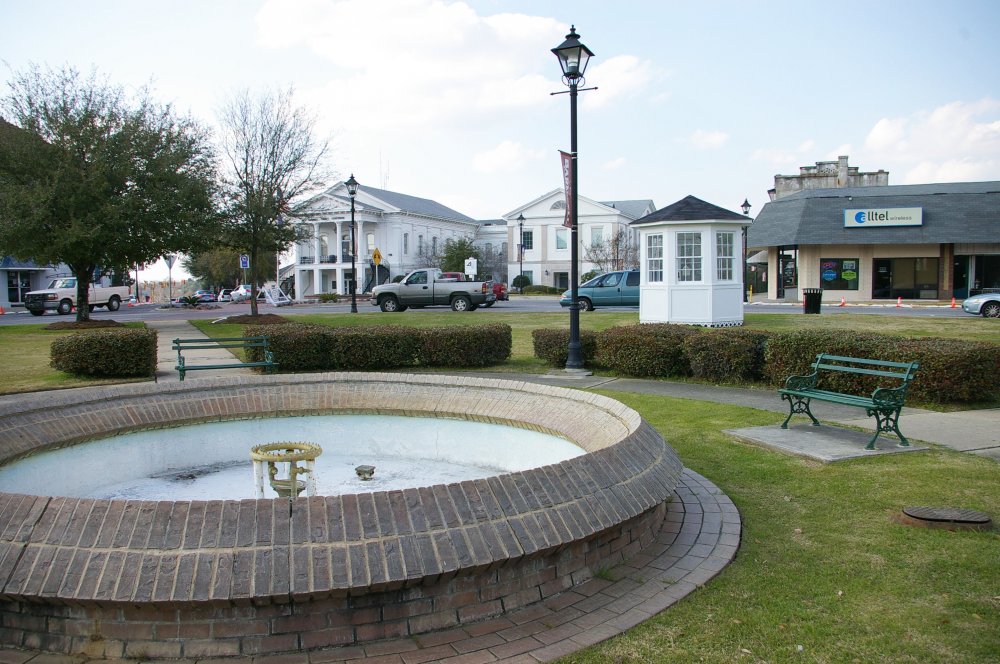 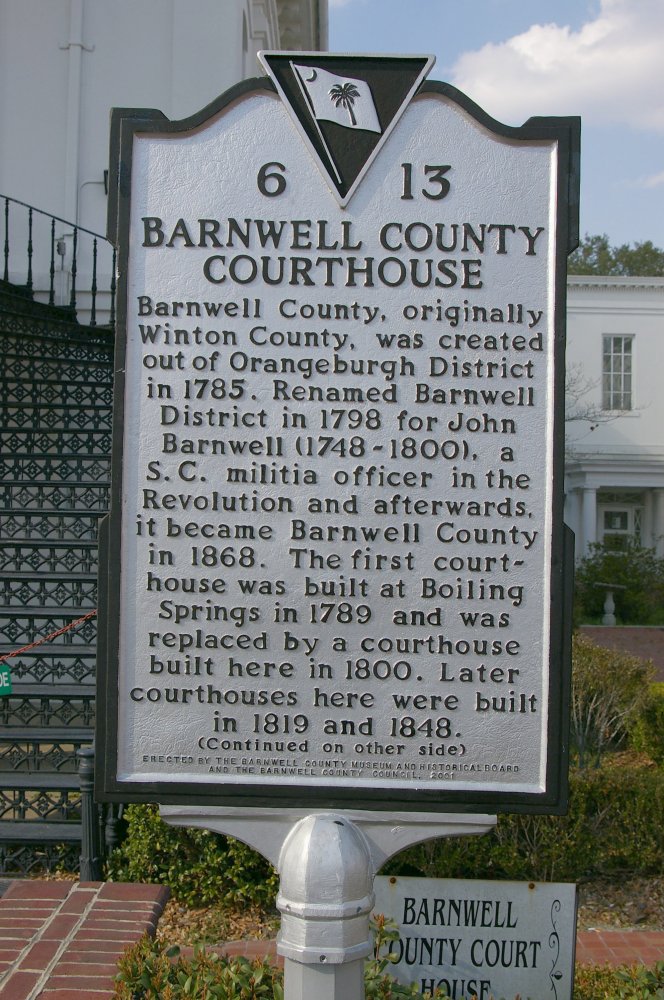