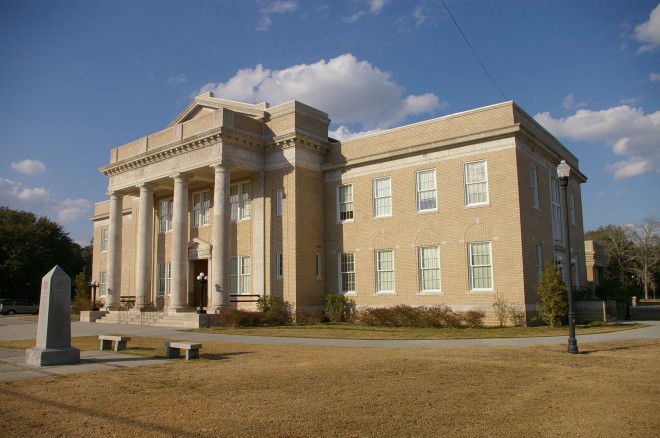 Allendale County is named for the Allen family who resided in the area. 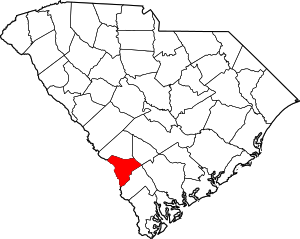 Contractor:  A J Krebs and Company

Description:  The building faces south and is a two story buff colored brick and limestone structure. The building is located on spacious landscaped grounds in the center of Allendale. The south front has a large portico with four columns rising to a wide header above the second story. Behind the header is a pediment rising above the roof line. The center section projects from the main building. The roof line is flat. On the north side is an attacked court building completed in 2004 to 2005 which contains the large courtroom on the second story. . The.restoration and addition architect was Watson, Tate, Savoy Architects Inc.

History:  The first court met in the City Hall. The present courthouse is the first and only courthouse erected in the county. 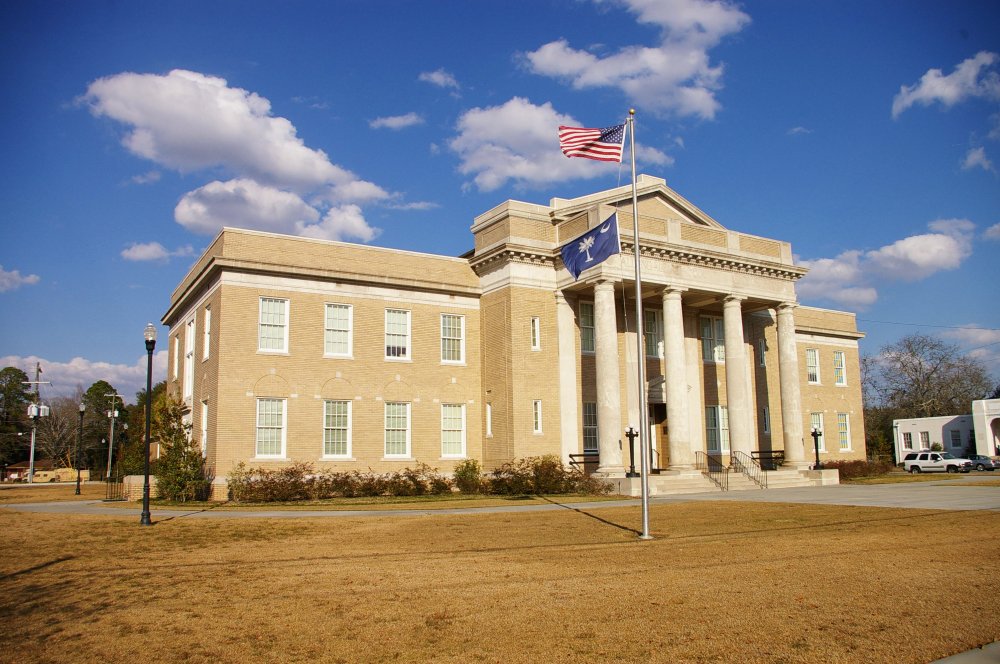 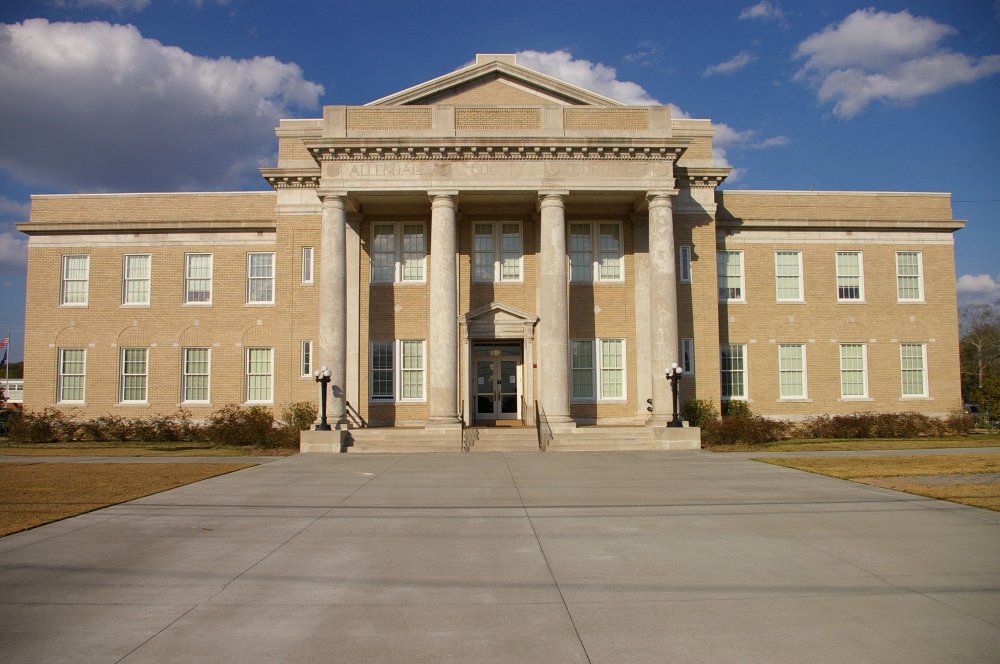 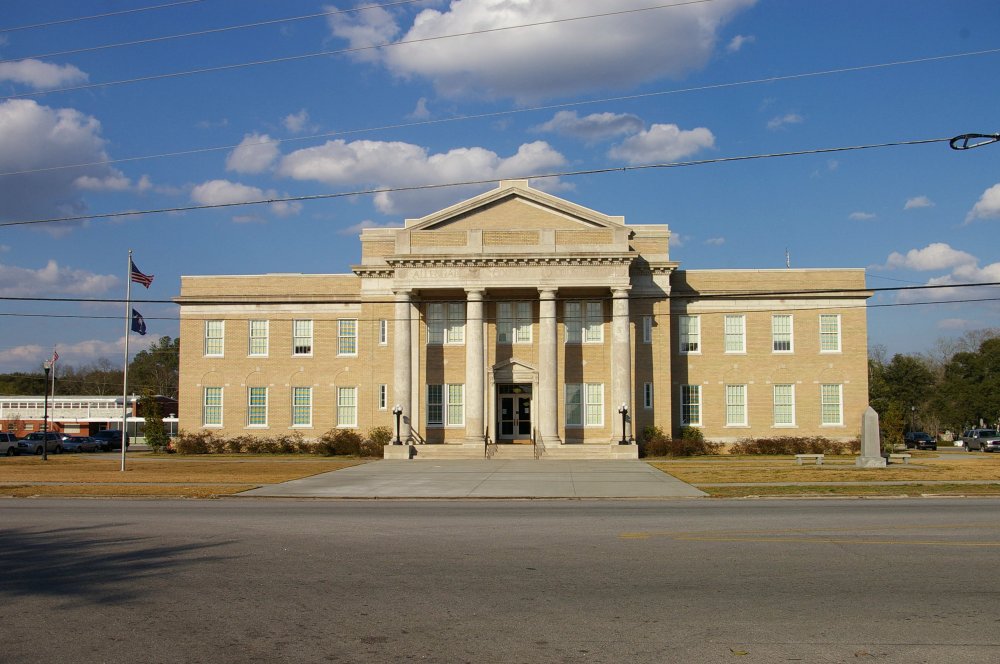 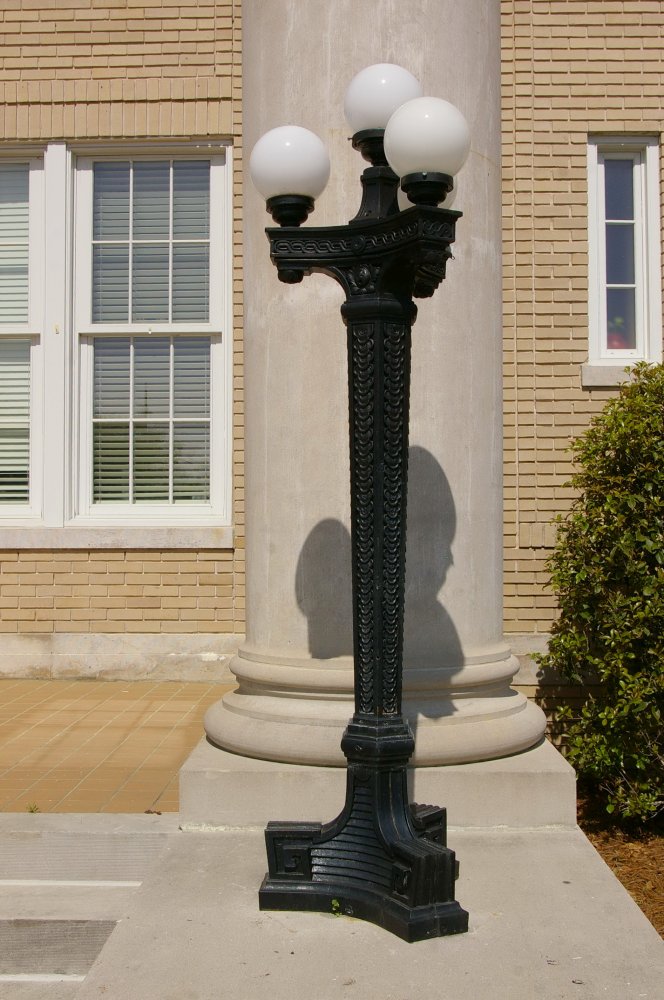 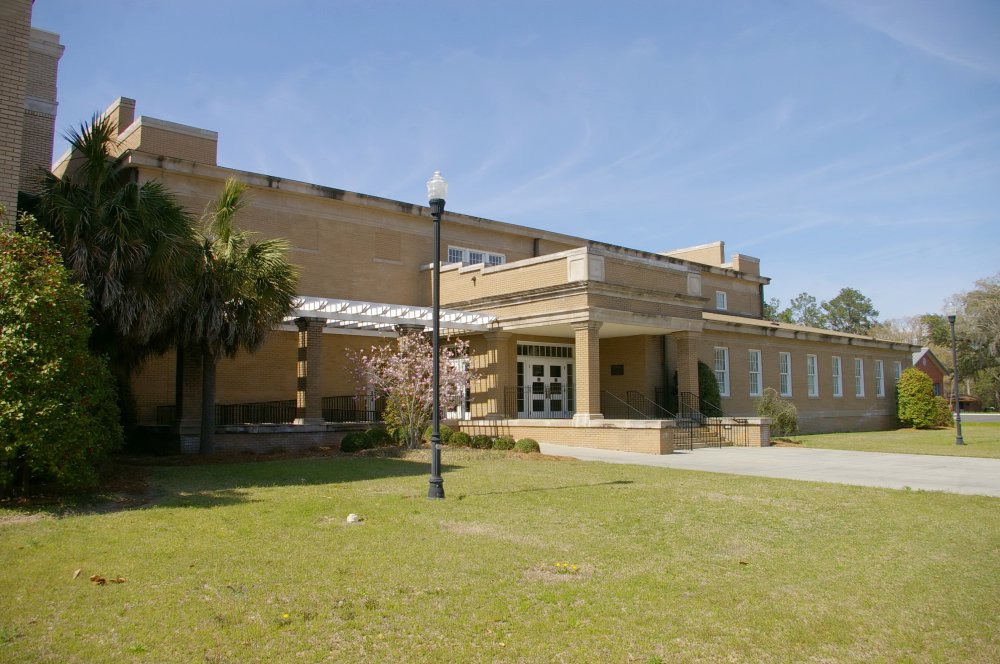 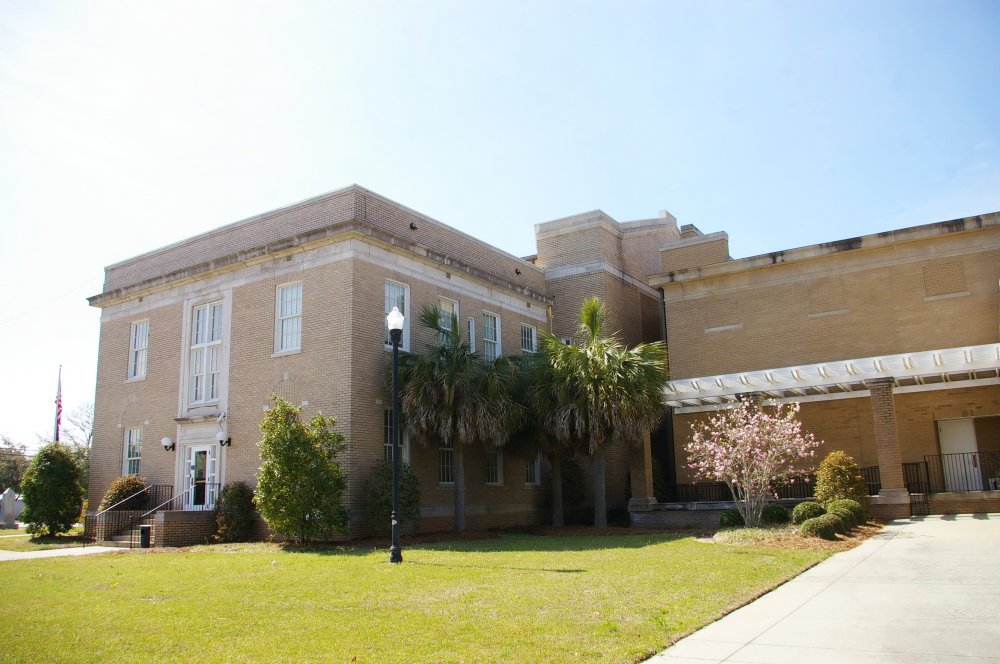 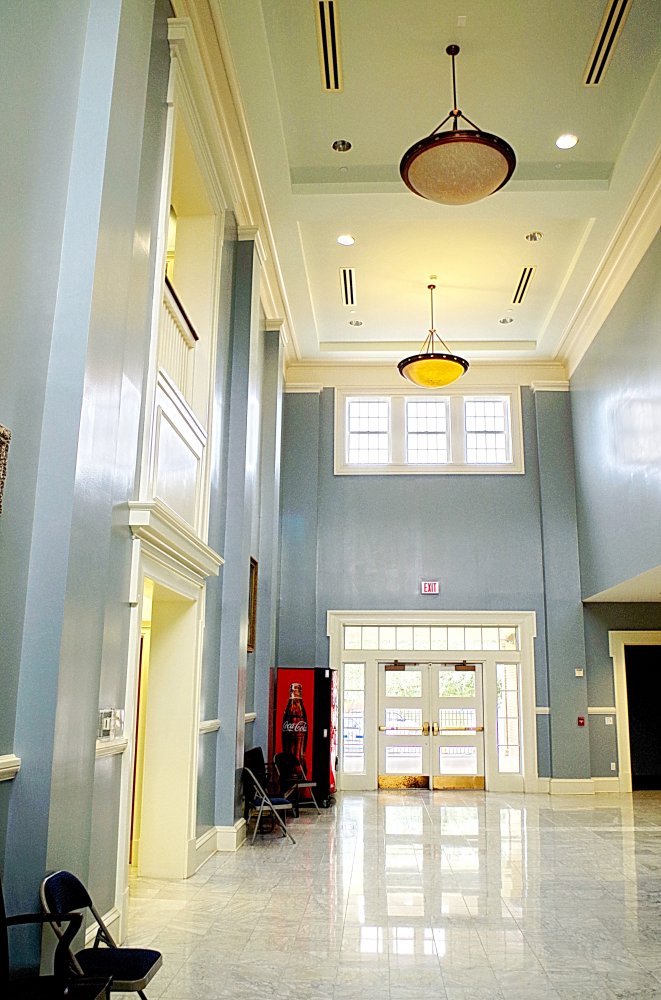