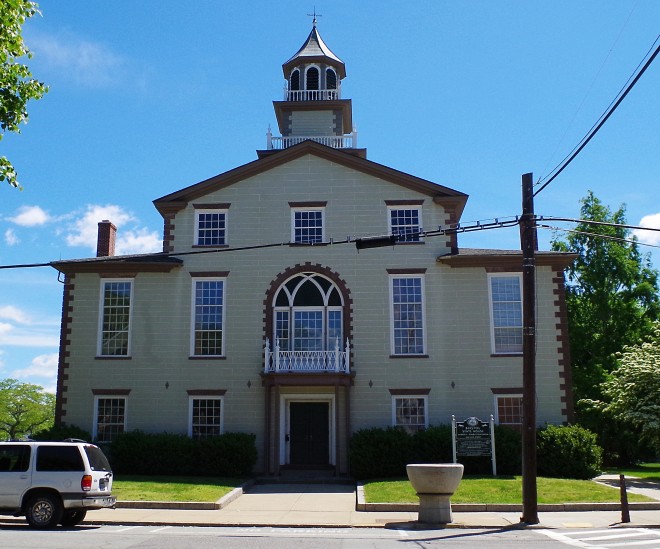 Bristol County is named after the county seat of Bristol which is named for the English port city of Bristol.

Description:  The building faces west and is a three story white colored brick structure. The building is located on spacious landscaped grounds. The west front has a central entrance flanked by double columns with balcony and large arched window on the second story. The second story windows are vertical and the third story rises above the second story roof line. There is red colored stone trim on the corners. On the roof is a square based tower with open octagonal cupola with conical roof at the top. The building is names as the Bristol Statehouse / Courthouse.

Note:  The building was constructed in 1816 at a cost of $7,000 as one of the five locations for meetings of the Rhode Island House of Representatives and Senate. The use continued until 1854 when the General Assembly decided to meet only in Providence and Newport. 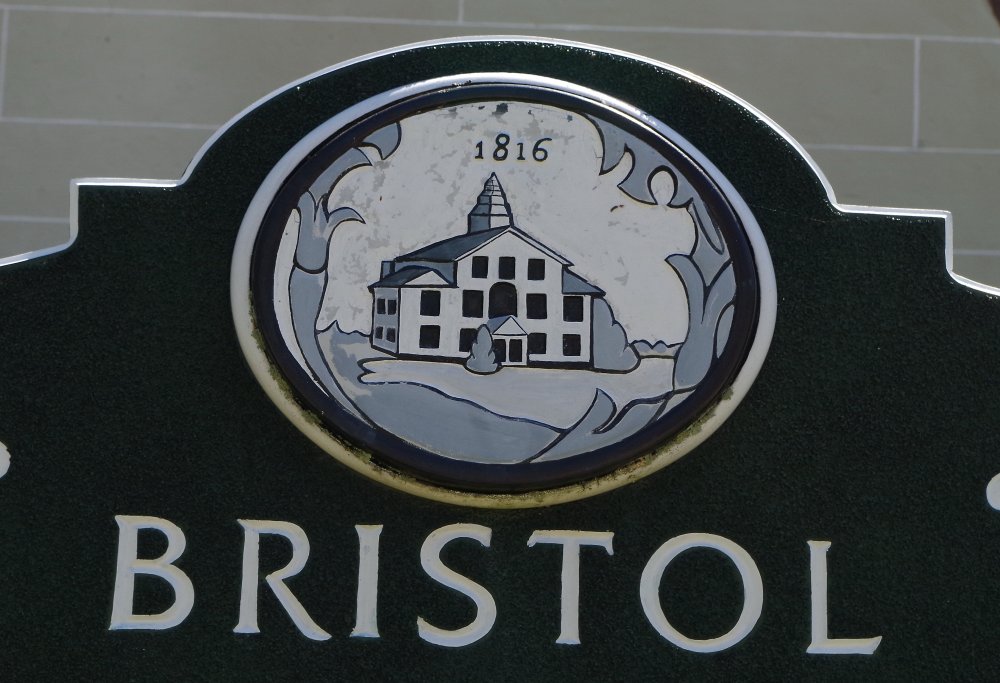 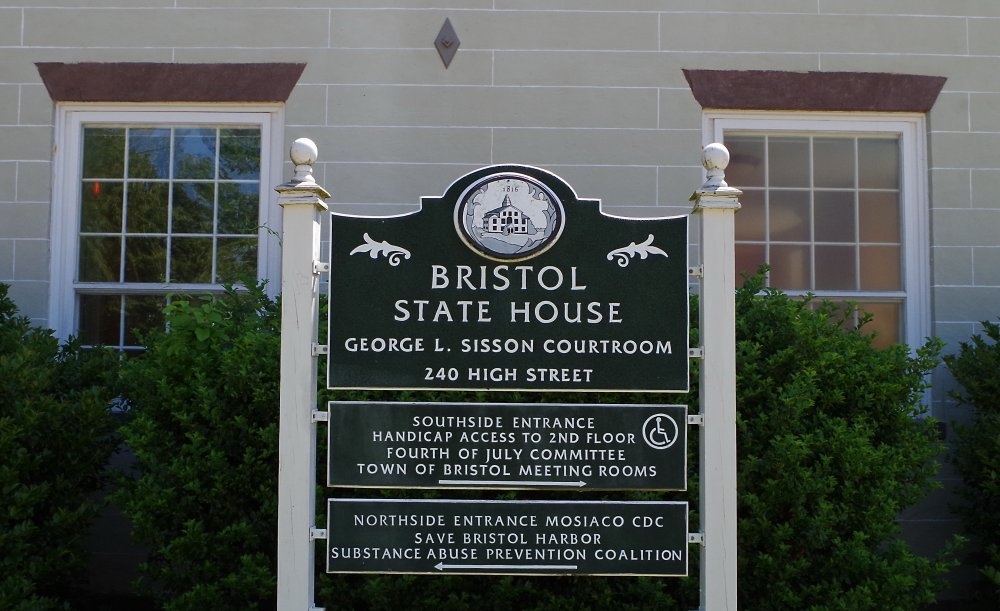 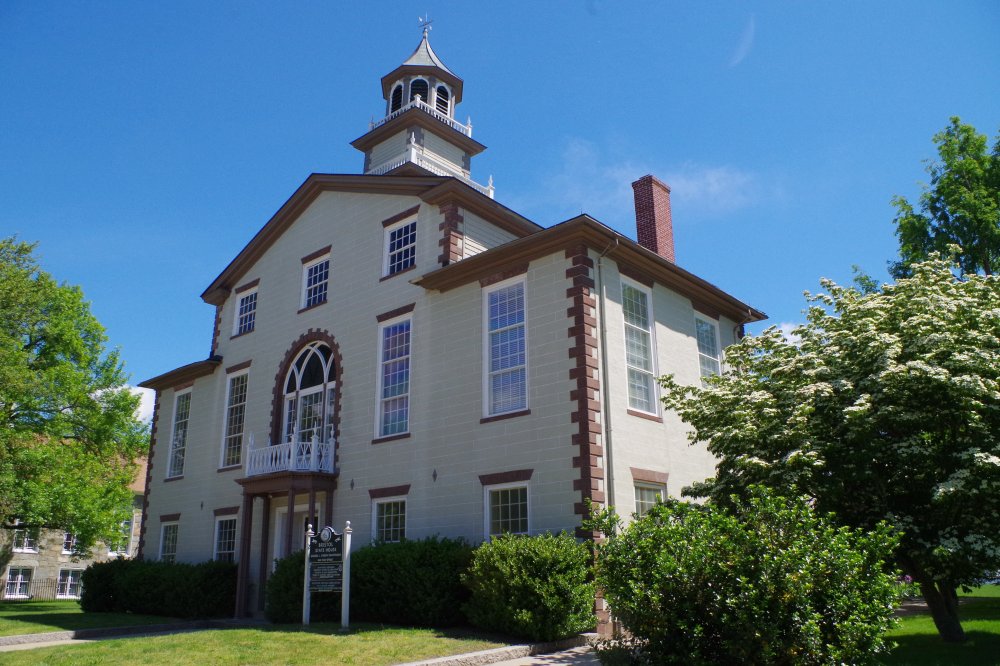 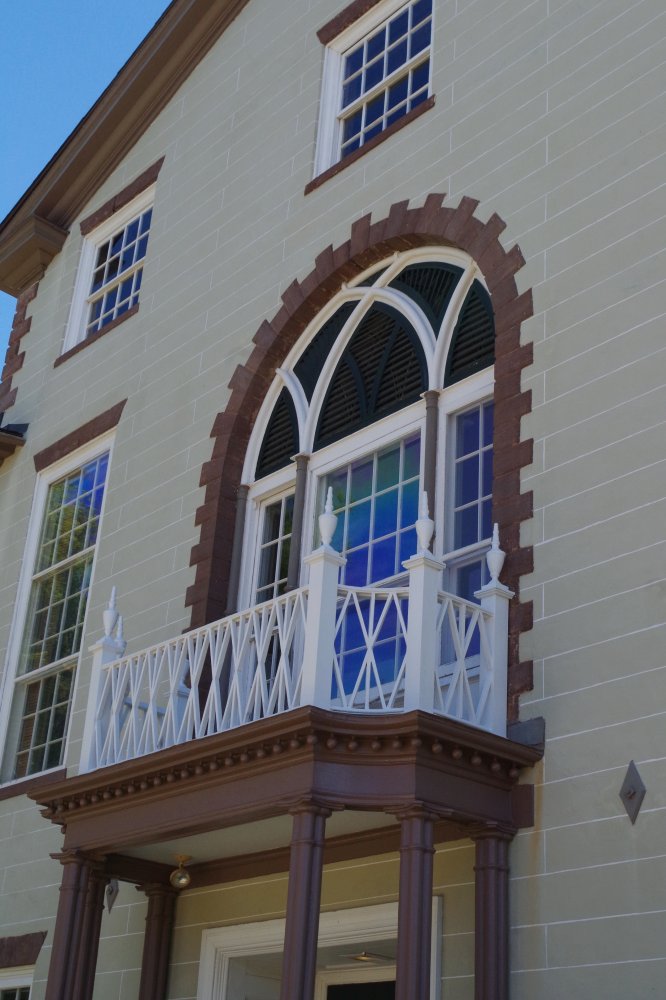 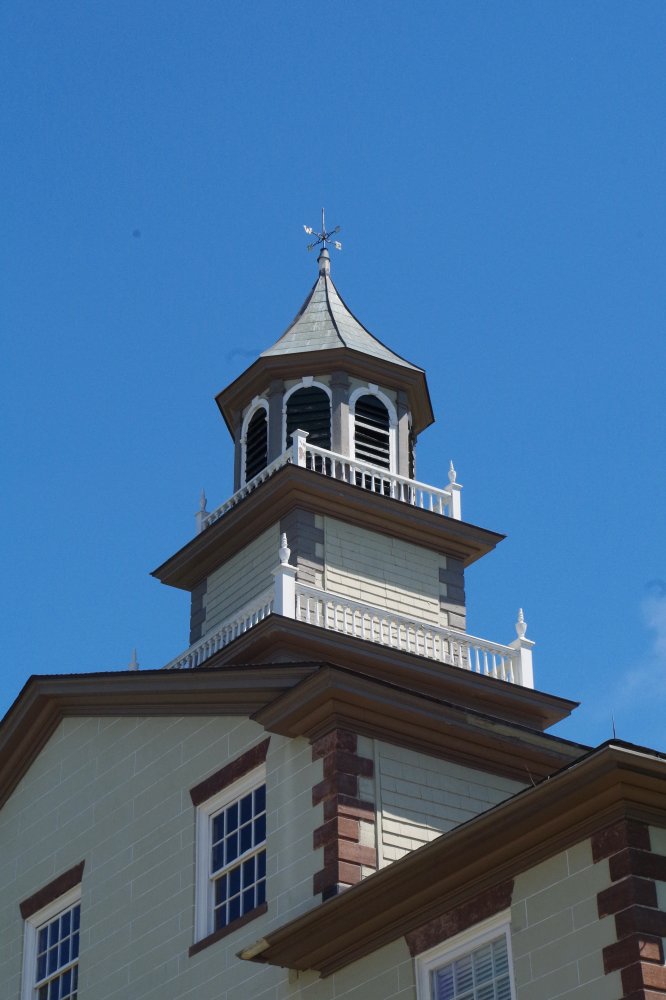 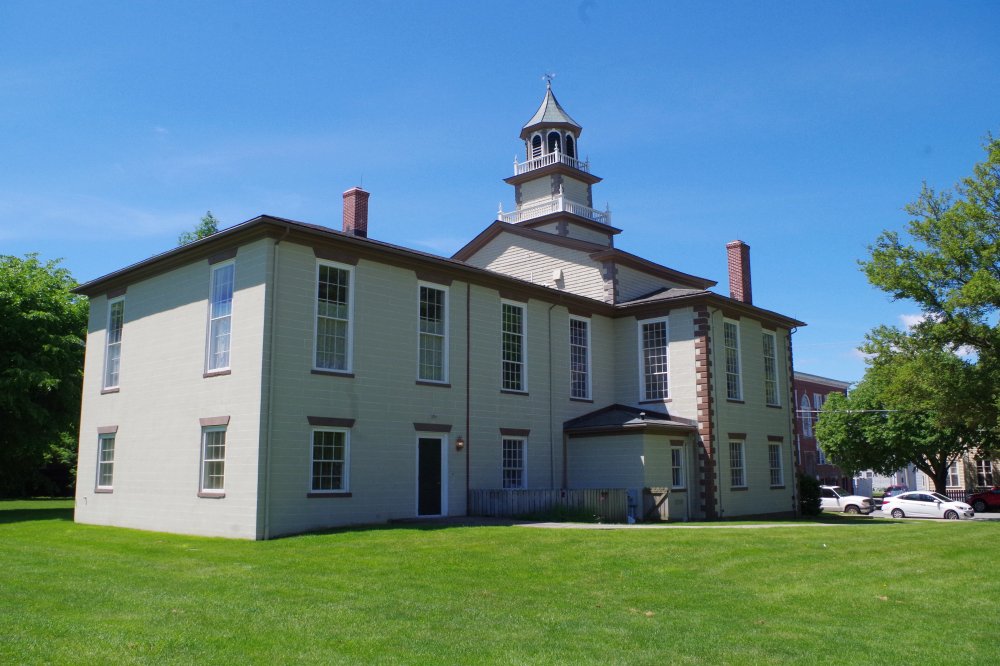 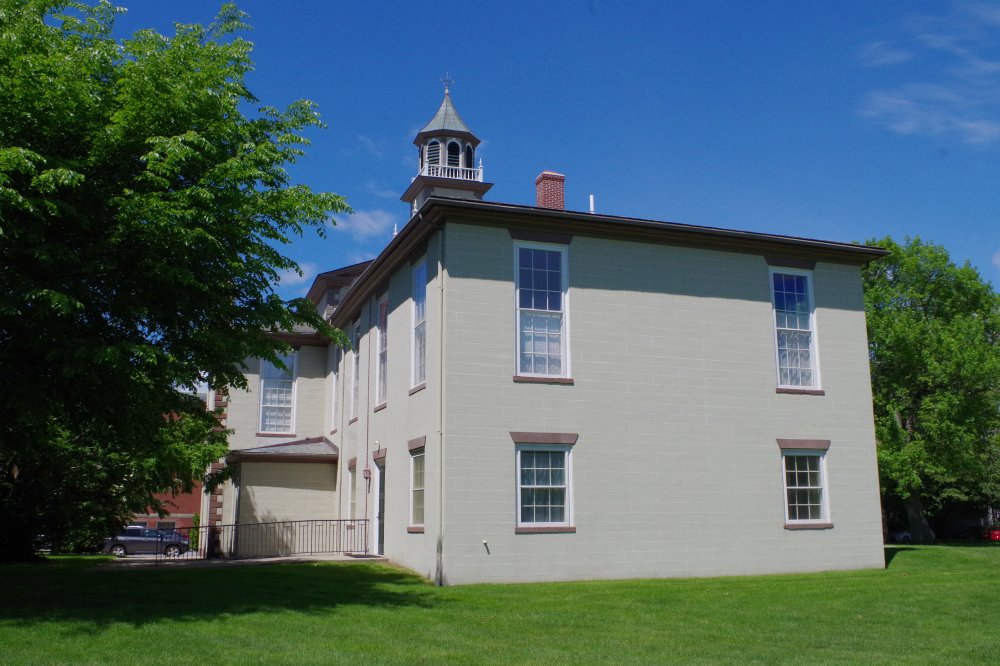 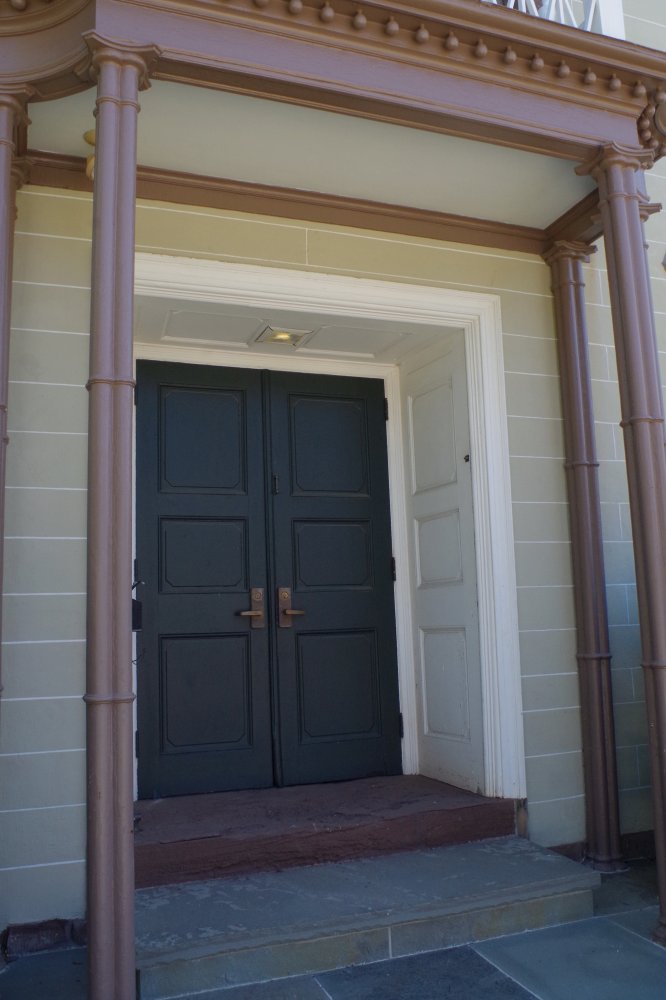 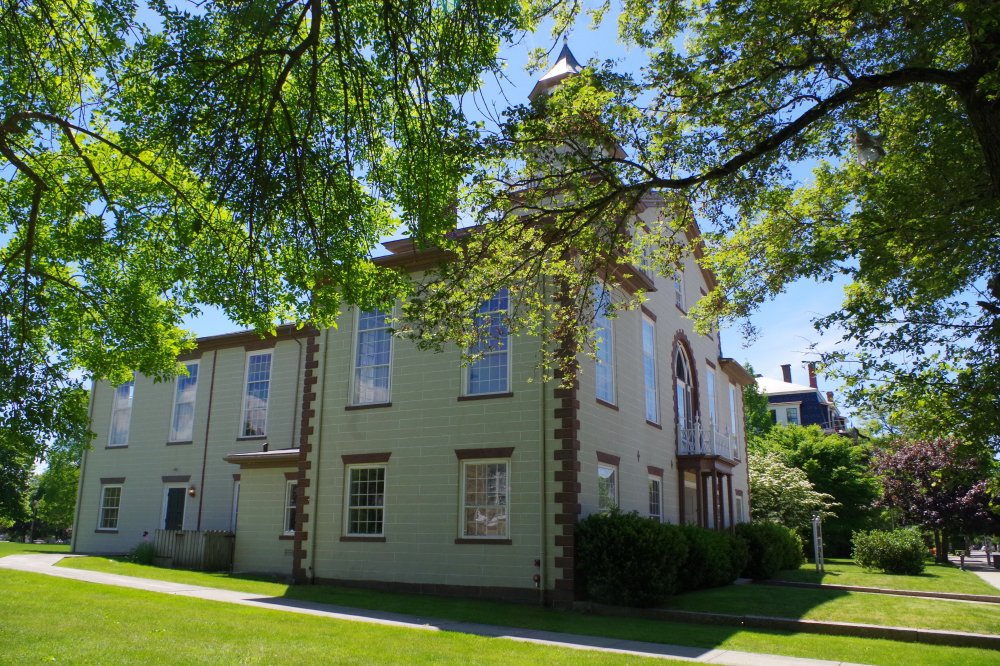