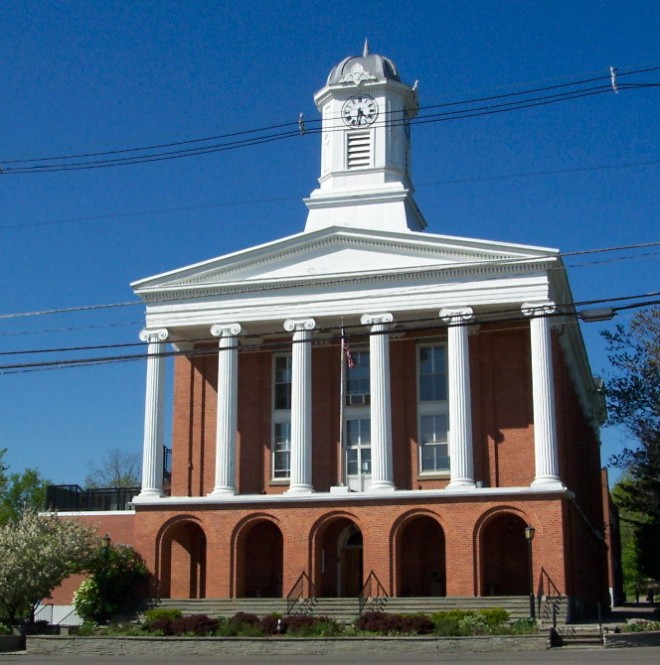 Susquehanna County is named for the Susquehanna River which flows through the county and the name is the Algonquin word for “muddy water”. 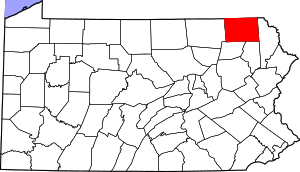 Description:  The building faces south and is a three story red colored brick structure. The building is located on landscaped grounds in the center of Montrose. The south front has six large Ionic columns rising from the second to third stories with a wide white pediment at the top. Behind the columns are five window bays with the outer bays bricked up. On the first story are five arches with recessed entrance. A square white colored cupola with clock rises above the front section. The roof is hipped. The fifty-two by sixty-foot, courtroom, with a ceiling height of twenty-four feet, dominates much of the second story. The east and west sides of the room have narrow, five-foot wide balconies, while the south end — apposite the bench — contains the main balcony, with a knee wall and brass rail system. A matching addition was built in 1883 on the north side of the building. The contractor was Boyd, Corwin and Cooley. Further additions were built in 1902, 1950, 1954 and 1982. To the south is the County Office Building.

Note:  The courthouse is built of brick made from banks of blue clay just east of the Borough. The painted wall surfaces of the main corridor date from 1920, when a Chicago firm, the Andrews Decorating Company, was engaged to decorate the walls. Frescoed borders were applied with brush and stencil near the wainscot and ceiling. Additional interior modifications were begun in 1937, when a new stairway was installed from the second to the third story. 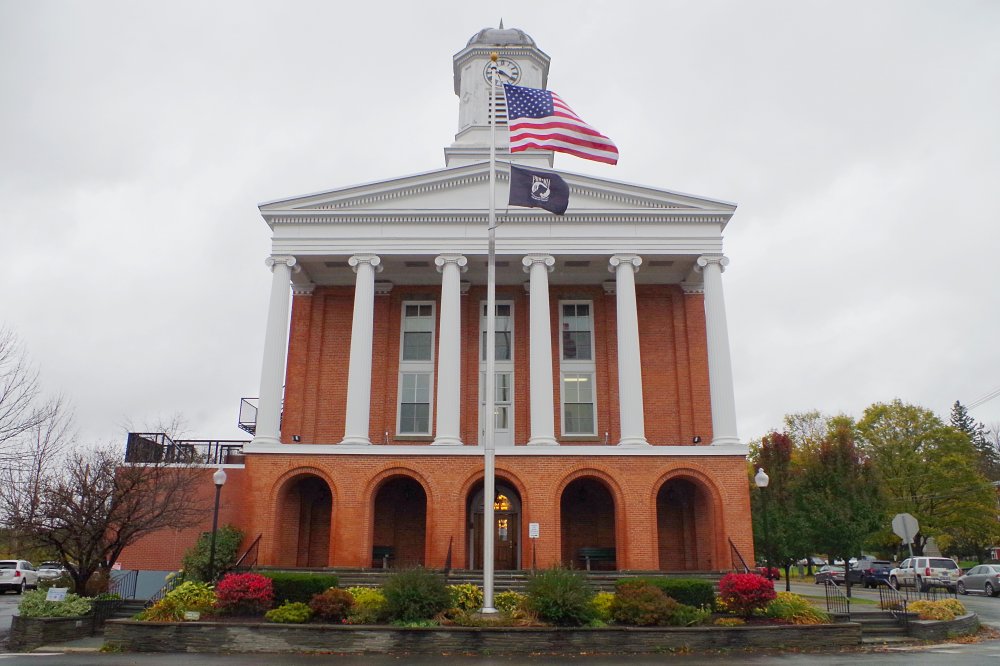 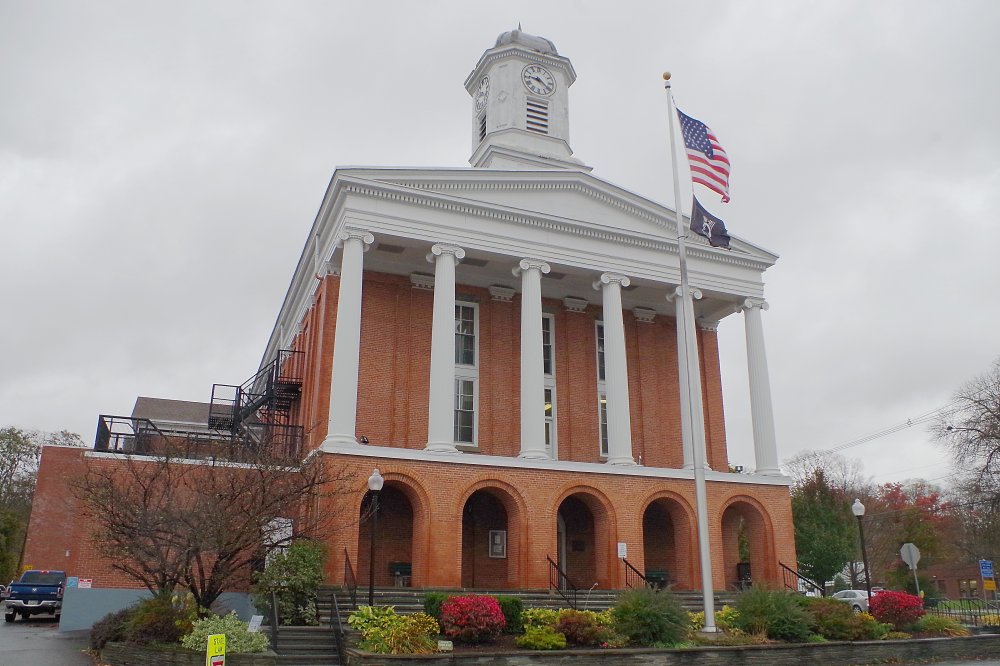 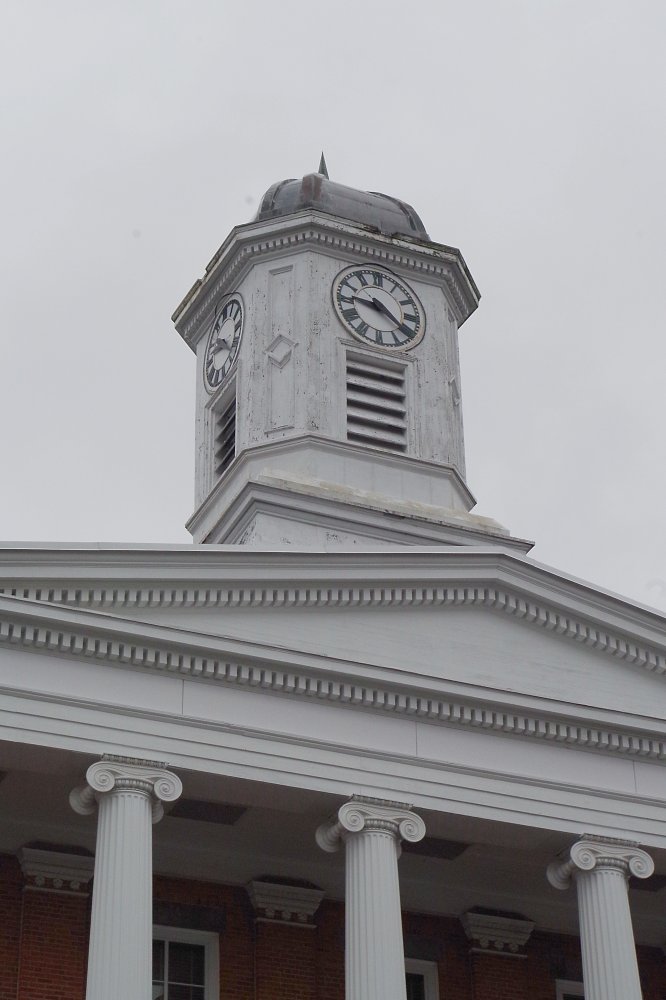 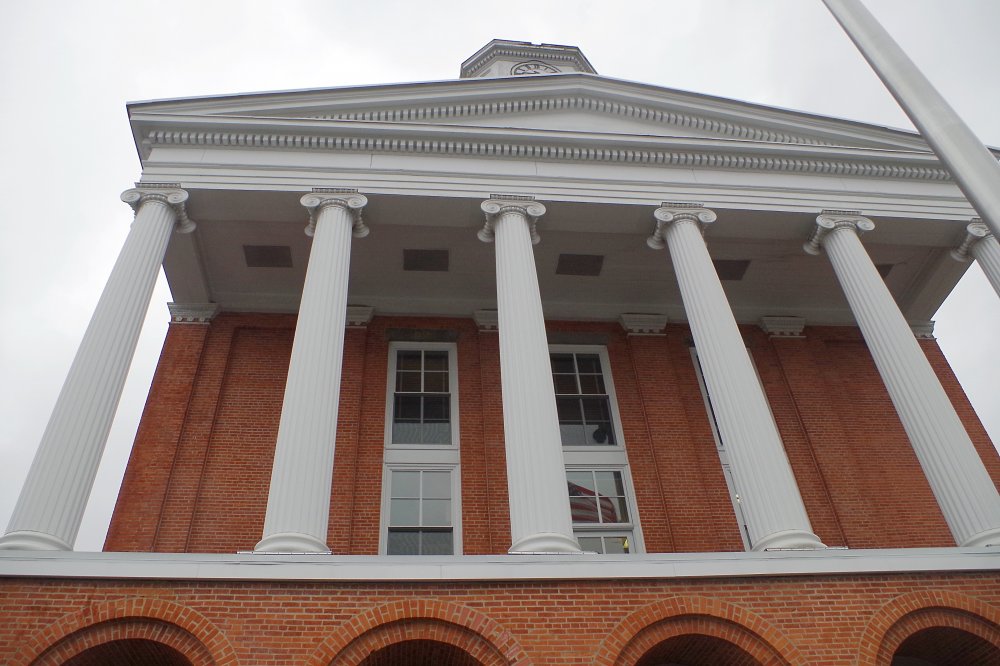 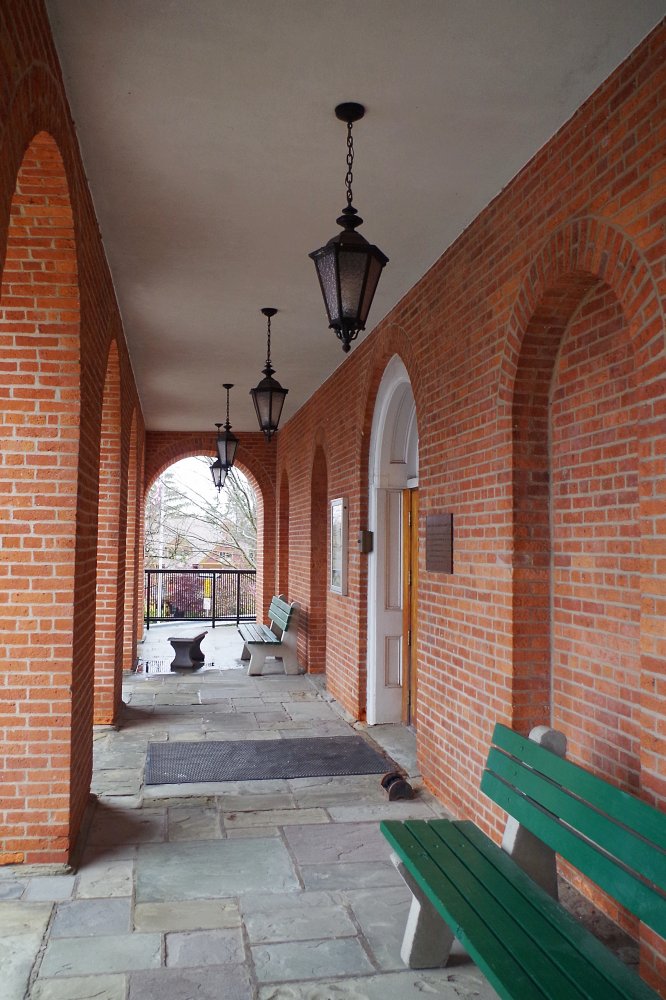 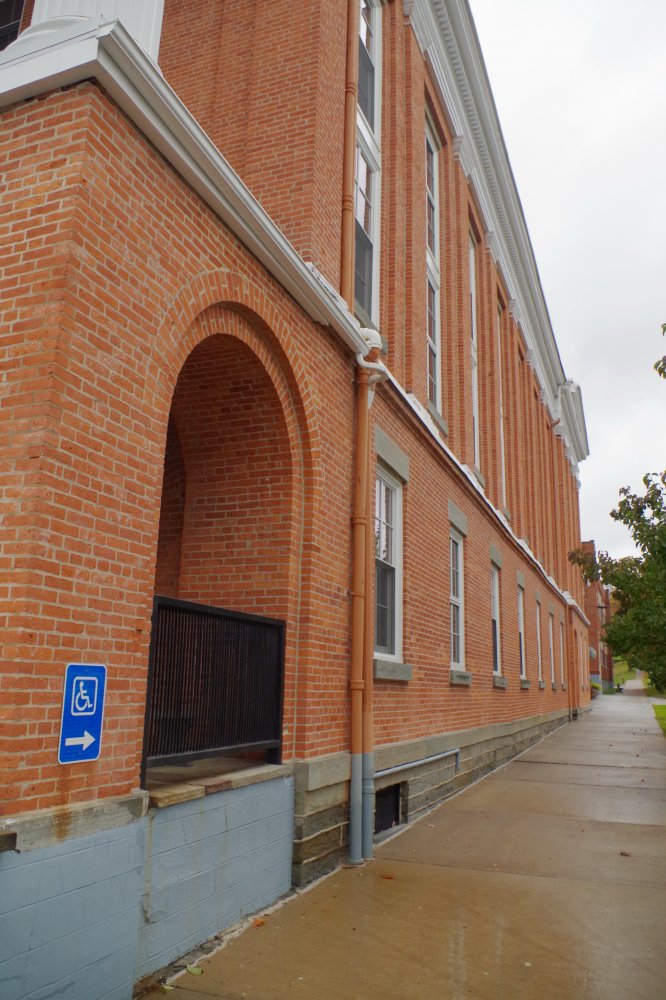 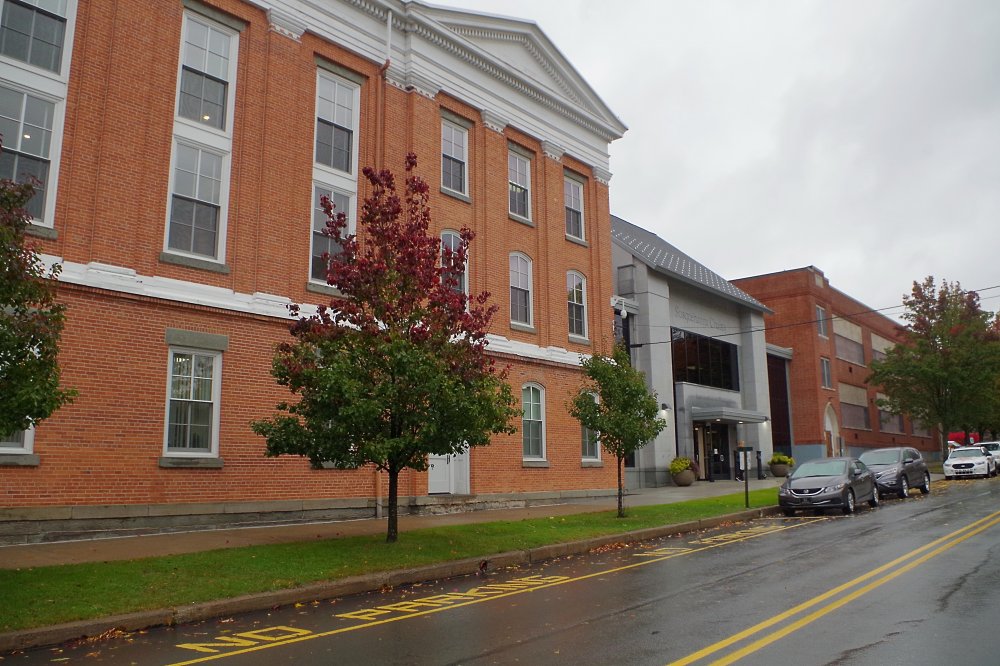 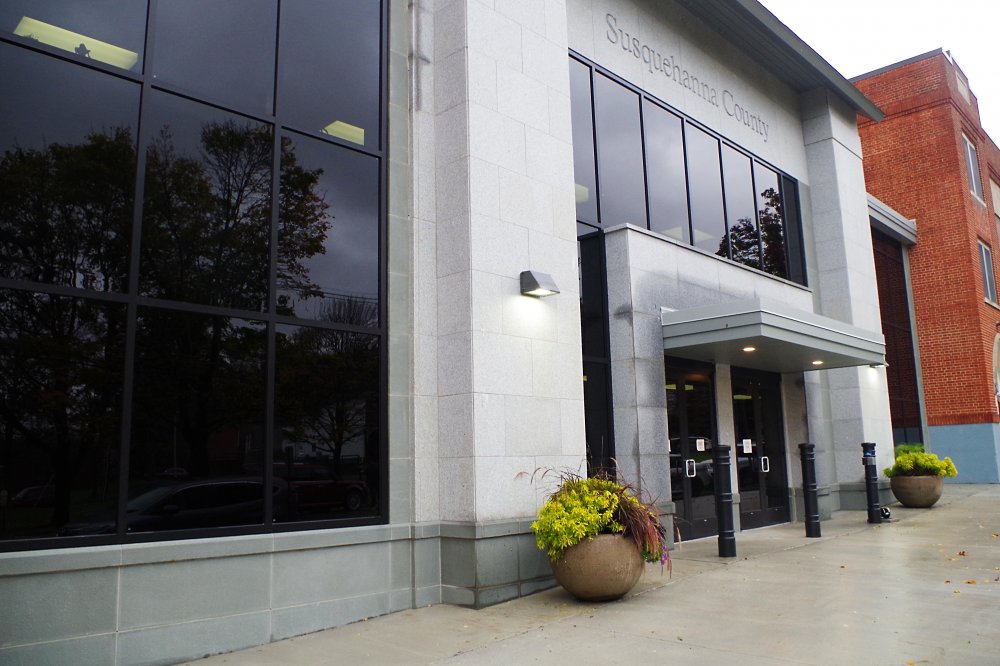 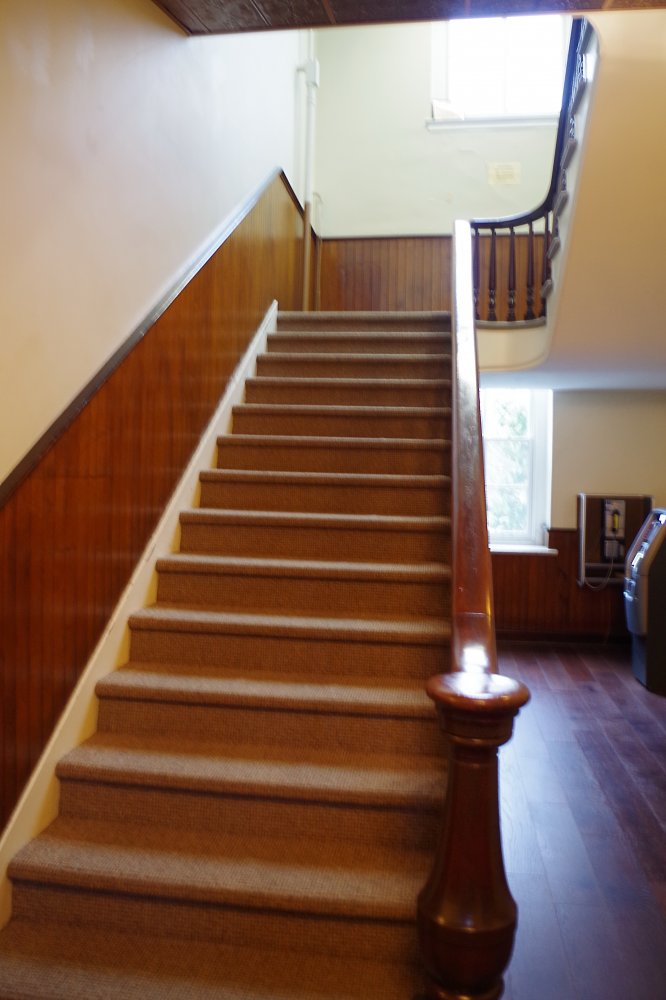 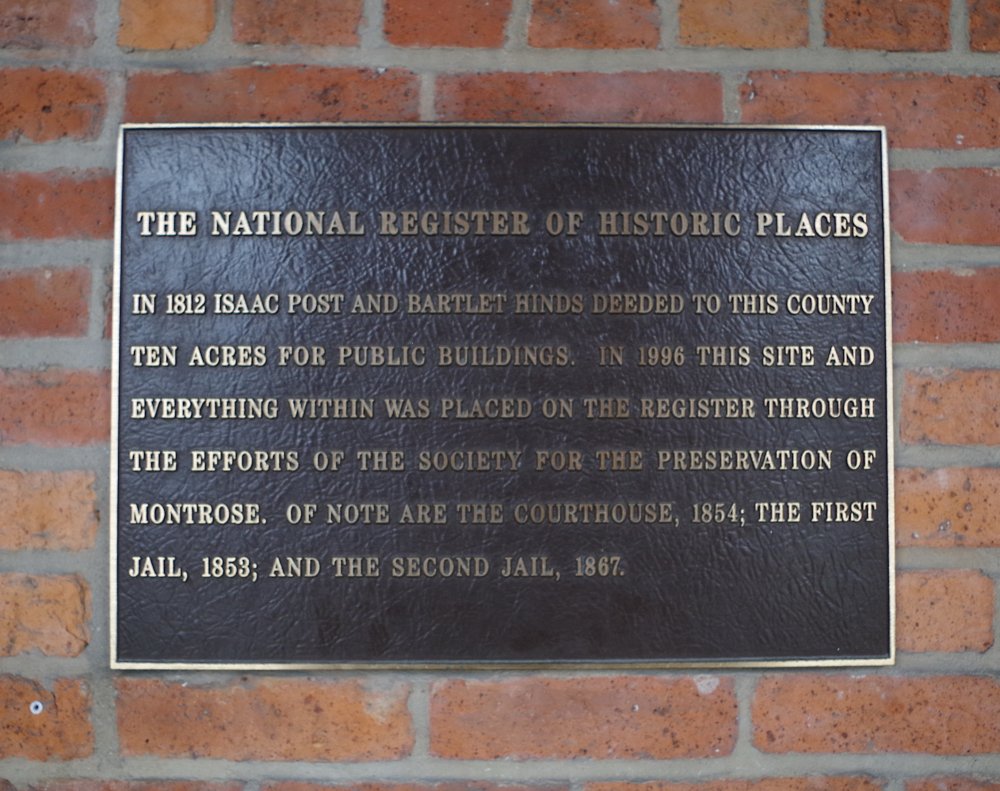