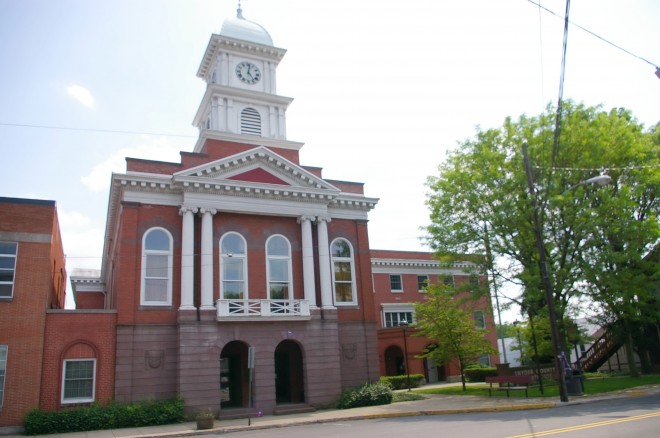 Snyder County is named for Simon Snyder, who was a Governor of the State of Pennsylvania.

Description:  The building faces north and is a two story dark red colored brick  style structure. The north front has a double arched entrance with portico above supported by four white colored columns with pediment. A wide cornice encircles the roof line. Over the front part of the building is a large square wood bell tower with clock and white colored roof. The building was enlarged in 1867. The building was rebuilt in 1915. The architect was J F Stetler & Son and the contractor was R F Coy. An annex was added in 1977 on the southwest side. The architect was L Robert Kimball & Associates and the contractor was Begh-Stark Construction Company. The building is tied into a commercial building on the east side by an enclosed hallway. 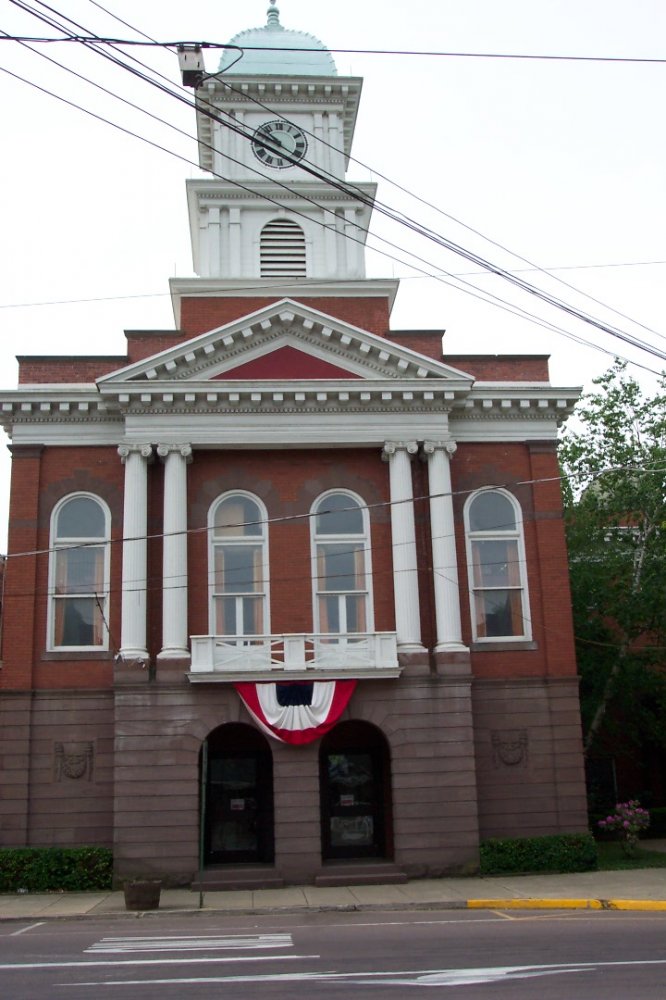 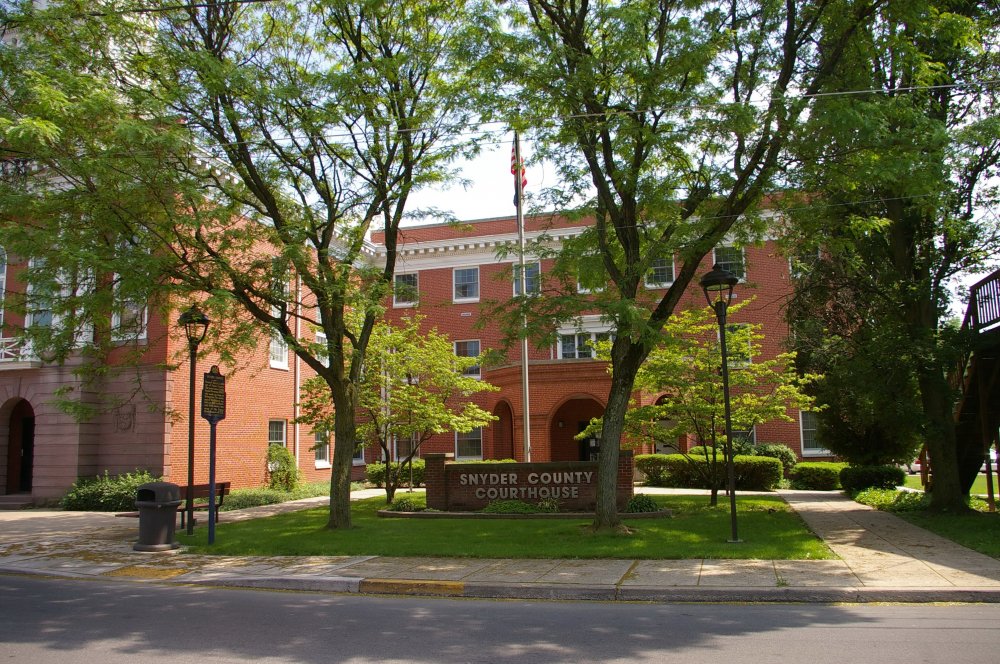 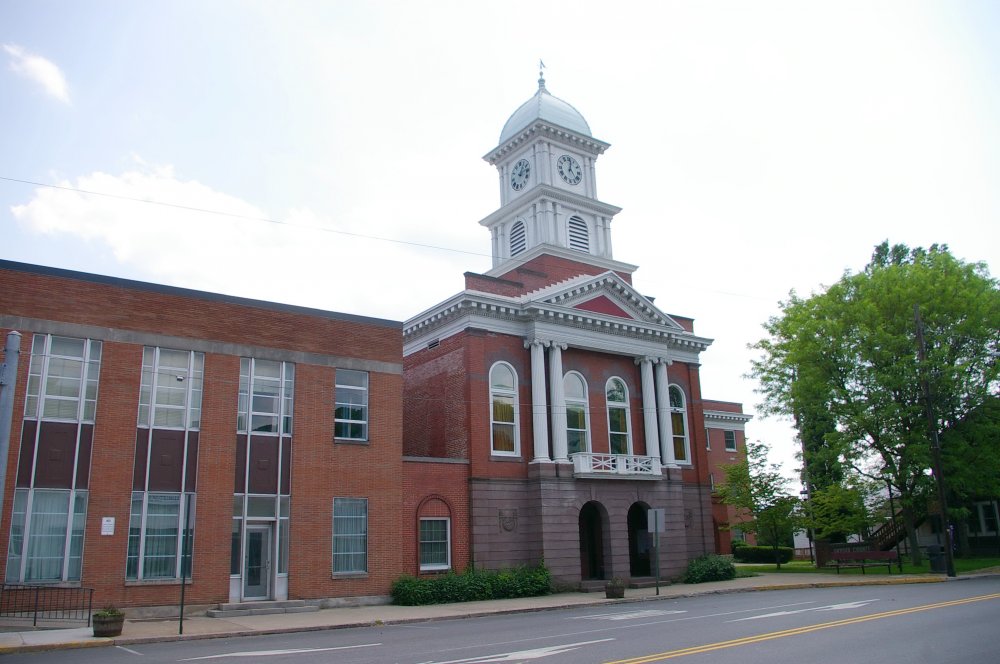 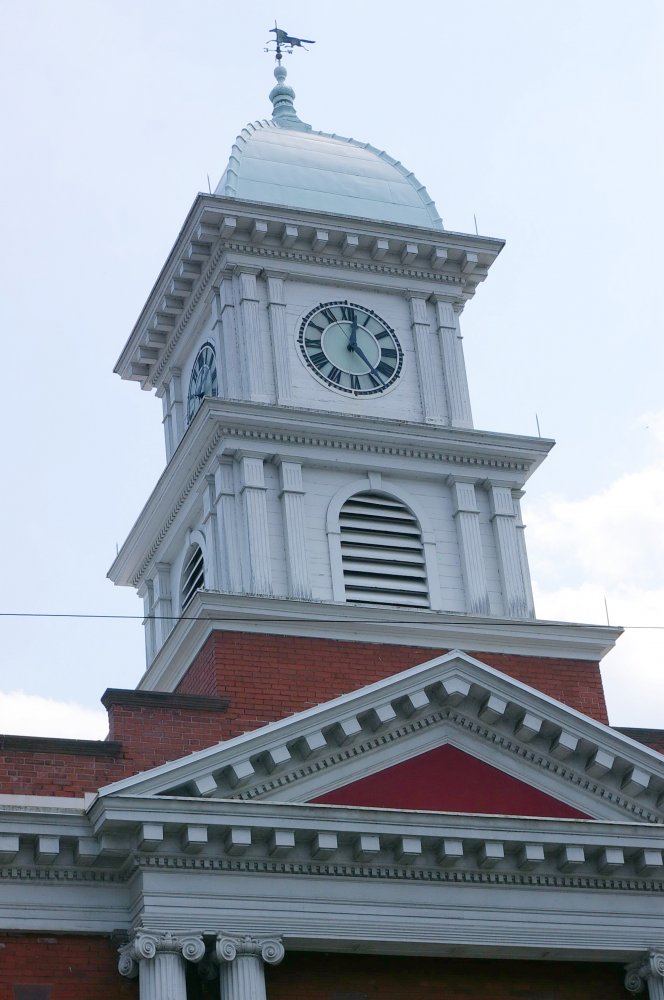 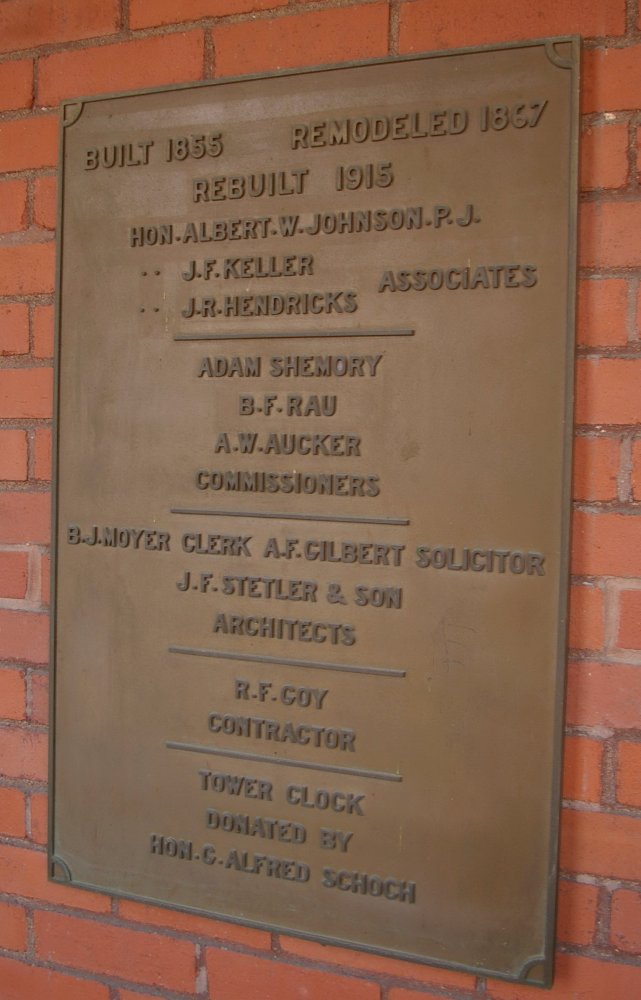 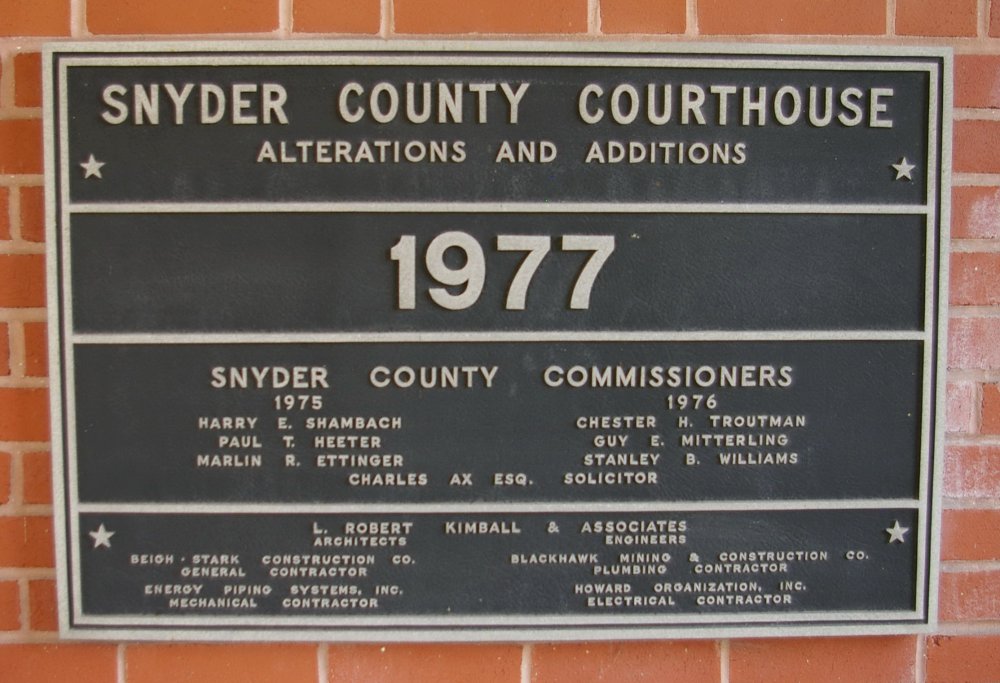 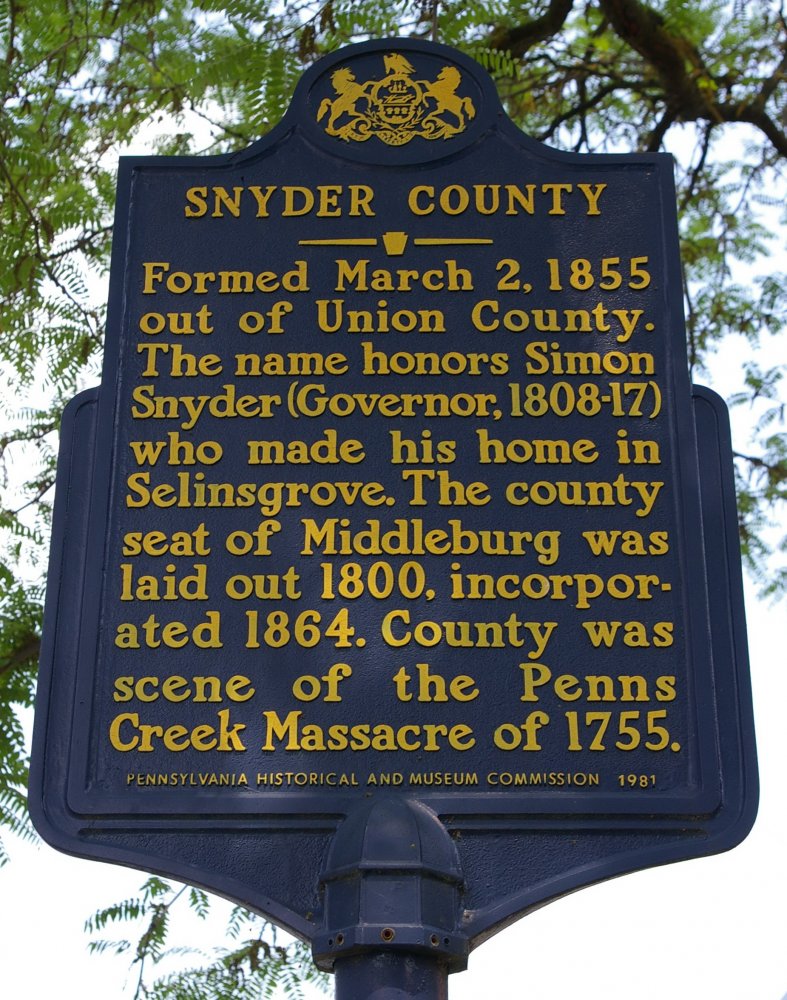