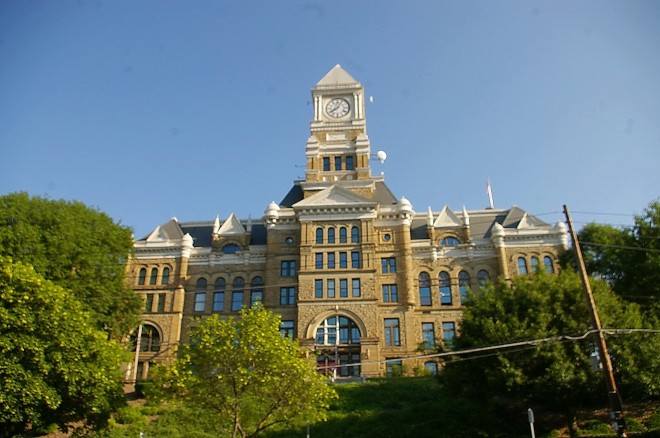 Contractor:  R B Taylor of Butler.

Description:  The building faces southeast and is a five story Queen Anne and Romanesque Revival style structure. The building faces south and was completed in 1893. The building is located on a hill overlooking the town center. The building is constructed with Cleveland (Ohio) sandstone and has a central projecting section with entrance and large fanlight on the first story. At the roof line is a pediment. The corner sections project and rise to white colored spires. There are dormers along the hipped roof. On the center of the roof is a large square tower with large clock at the top. An addition was constructed in 1933. The architect was Eric Fisher Wood. On the north side is the old stone gaol. 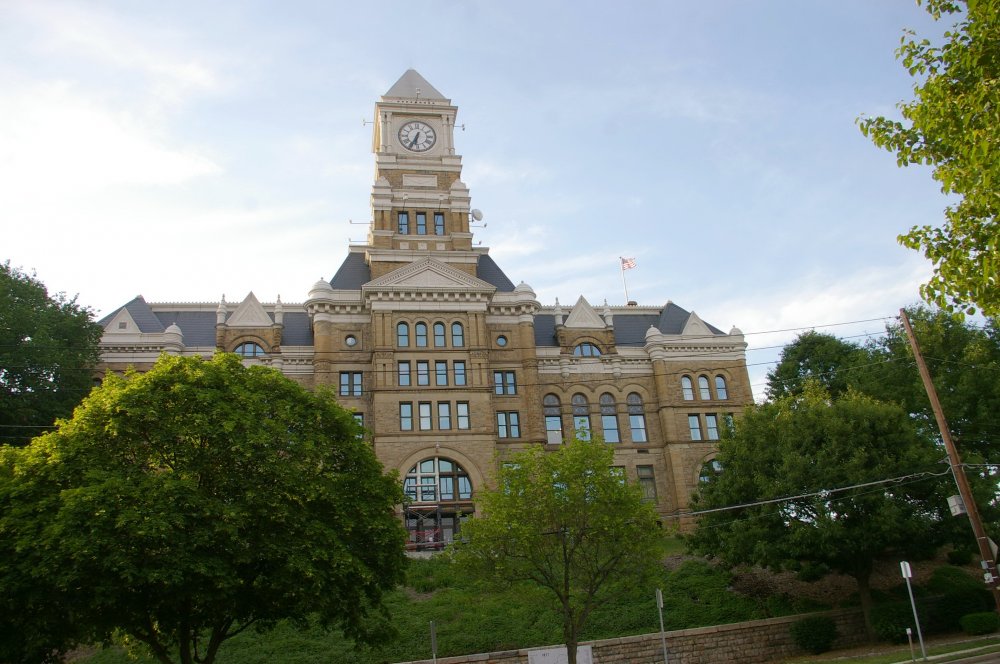 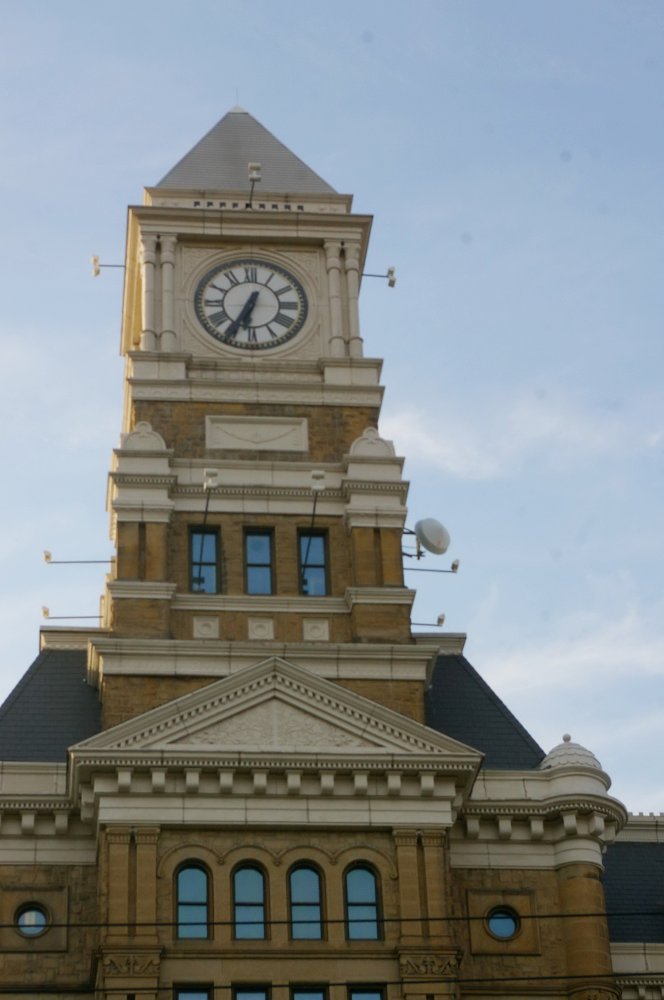 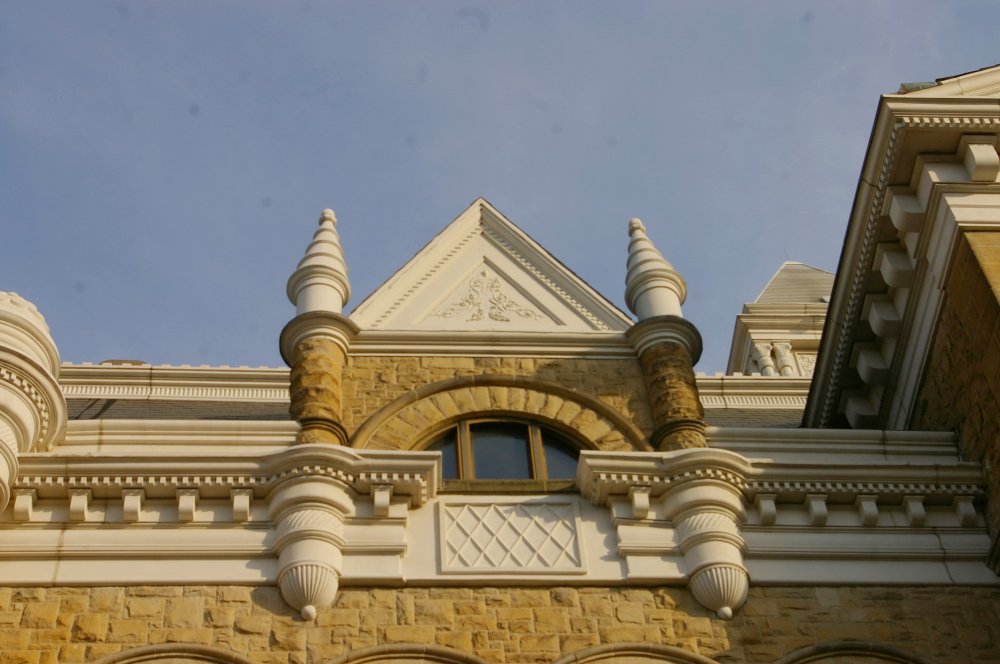 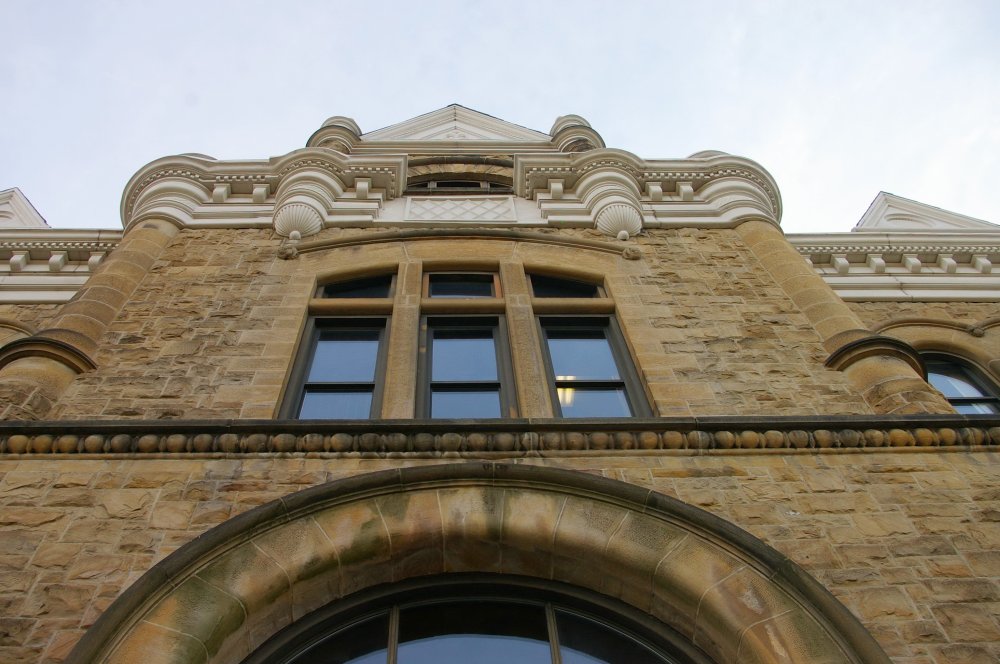 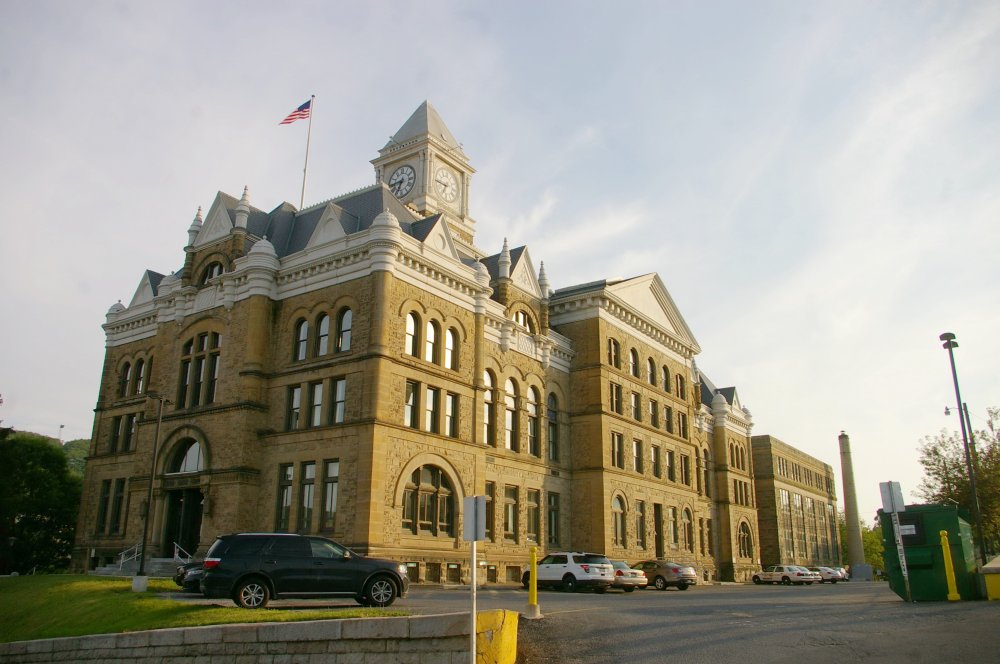 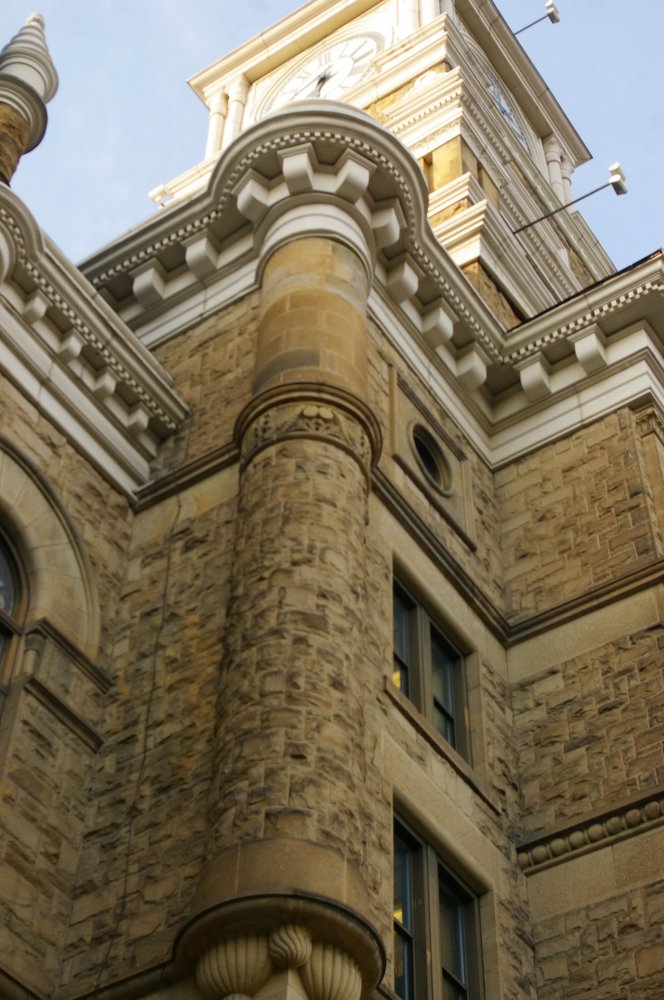 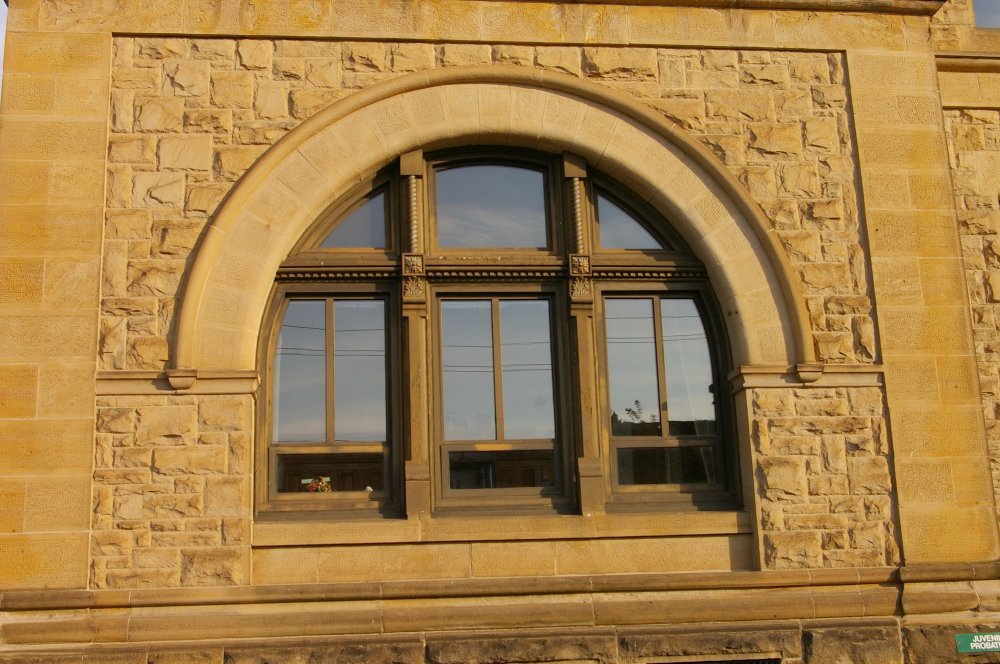 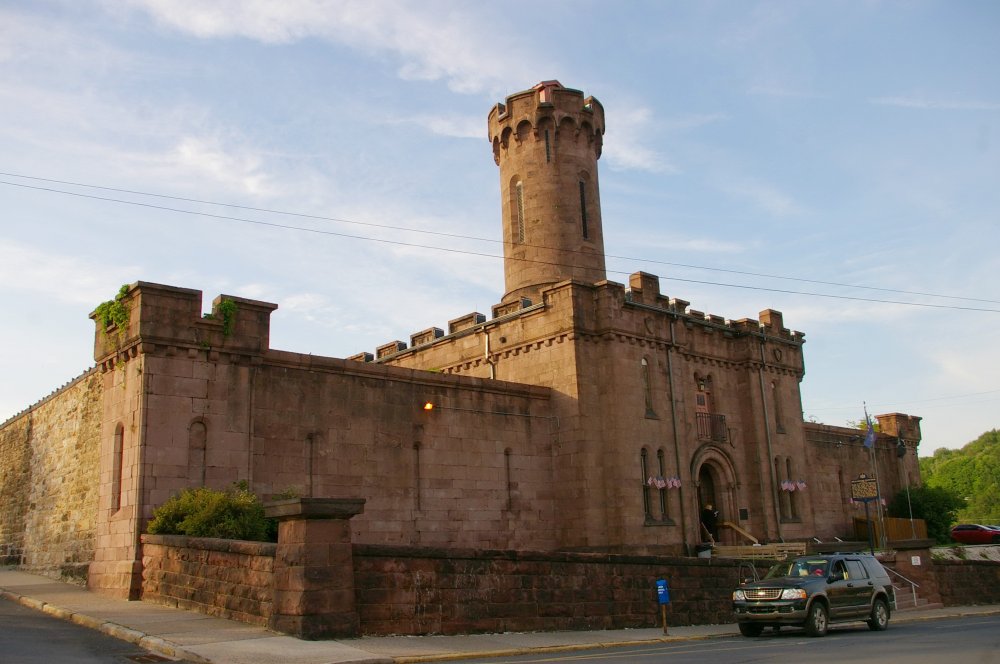