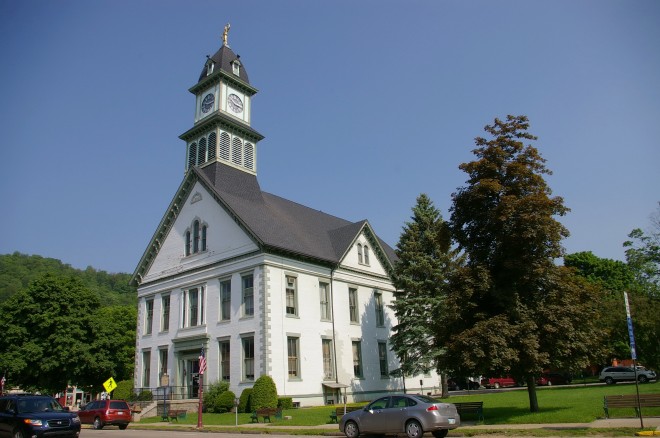 Potter County is named for James Potter, who was a general from Pennsylvania and who fought in the American Revolutionary War.

Description:  The building faces south and is a three story white colored brick and stone structure. The south front has a central entrance on the first story and rises to three arched windows on the third story with peaked roof. On the east and west sides are peaked roofs in the center. Above the front rises a large square clock tower with dome and Lady Justice at the top. The building was remodeled in 1888 and completed in 1889. The architect was Homer Hall of Olean, New York and George Abson and the contractor was L D Horton. The building was renovated in 1933 to 1934. Description:  The building faces east and is a two story buff colored brick and concrete structure. The building is an “H” shaped building. The east front has a central one story arched portico. The roof line is flat. The building was formerly the Time Warren Building and the County acquired the building in 2007 and named as the F W Gunzbrger Building. 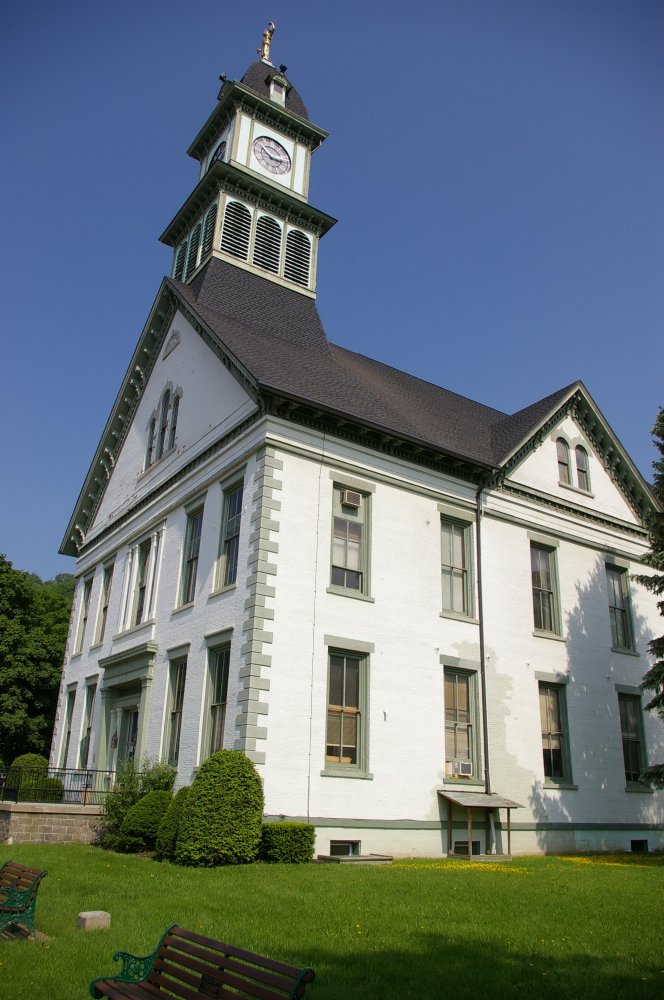 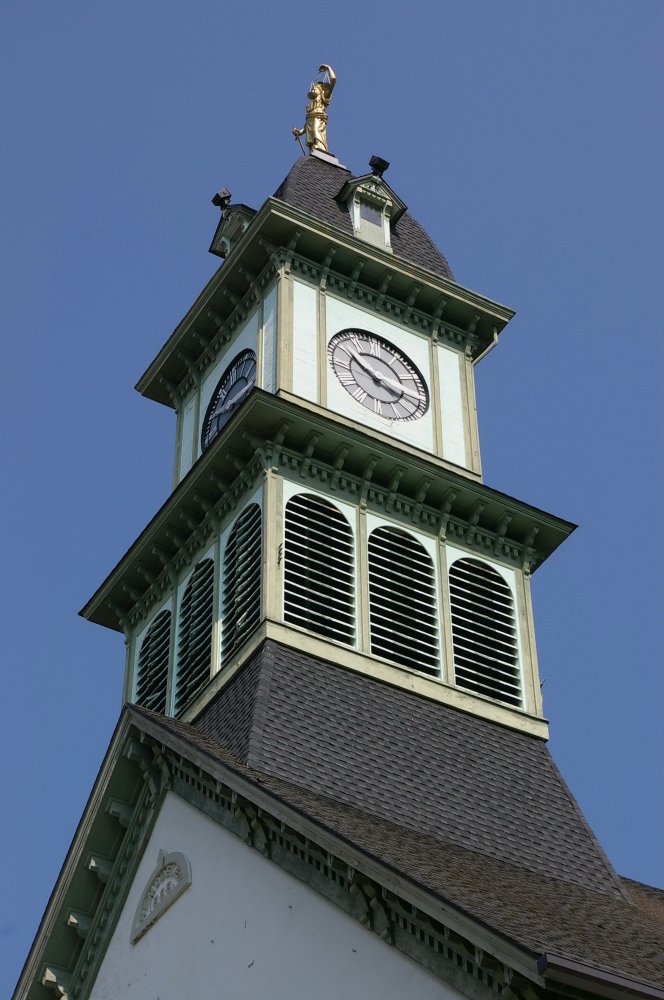 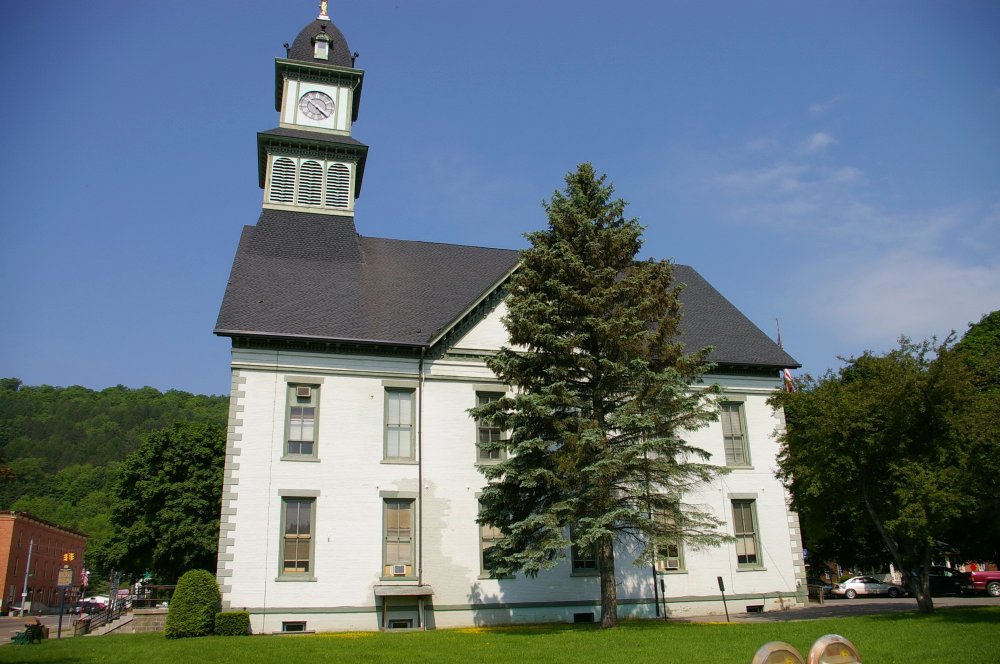 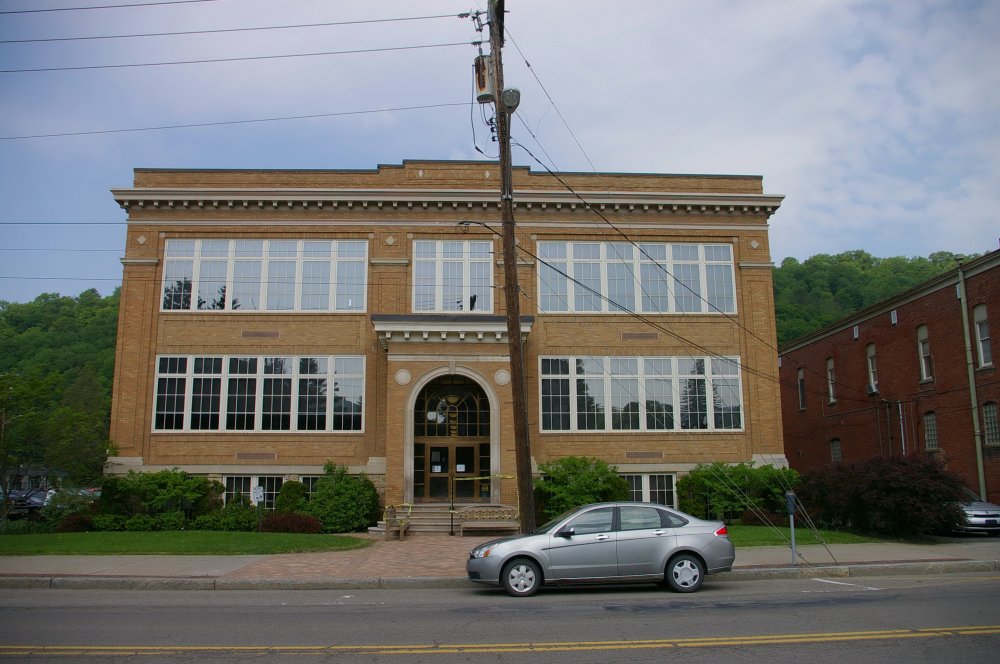 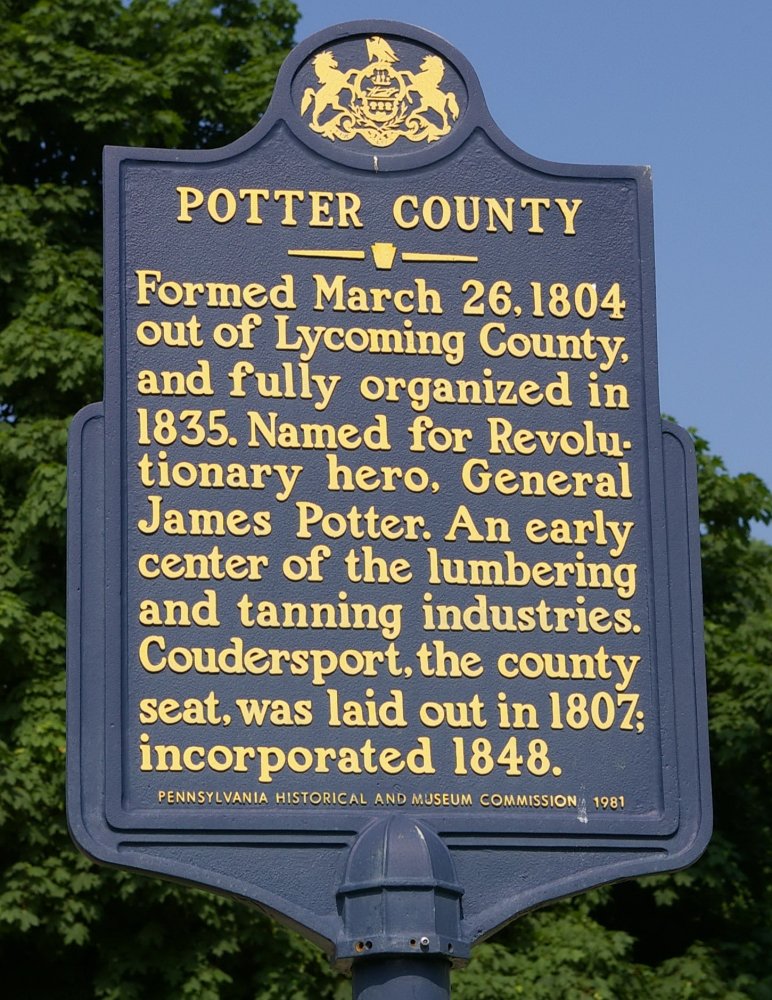