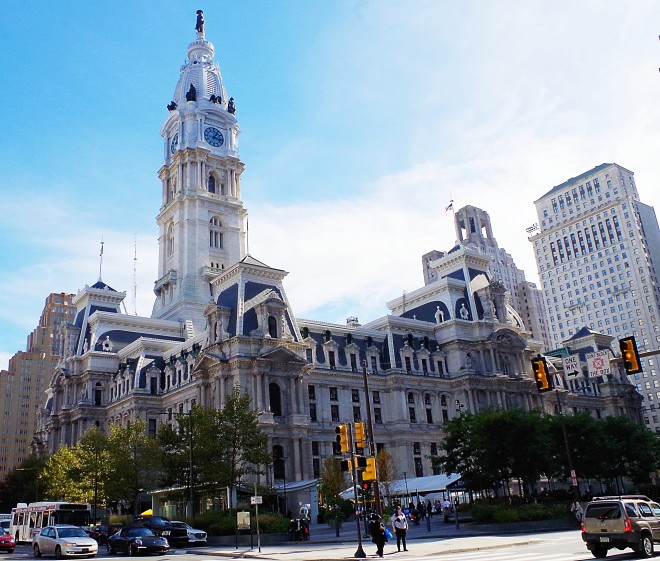 Description:  The building faces north and is a six story granite and brick structure. The building occupies a city block and contains 700 rooms. The building was constructed with load bearing walls having granite blocks and brick faced with marble. The north front has a central entrance leading to an open courtyard. There are four high arches with passage ways to the courtyard. At the front rises a high square stone tower with steep roof topped with a statue of William Penn. The four corners have pavilions and there is a mansard roof. The building contains the Supreme Court of Pennsylvania chamber with gold paneled ceiling, chandeliers and Corinthian pilasters. The building also contains the Mayor’s Reception Room, City Council Chamber, and Common Pleas Court Room.

Note: The first courthouse was built in 1709. The cost of construction of the present courthouse was $24,344,355. Work was completed under architect John Ord and after 1893, under W Bleddyn Powell. 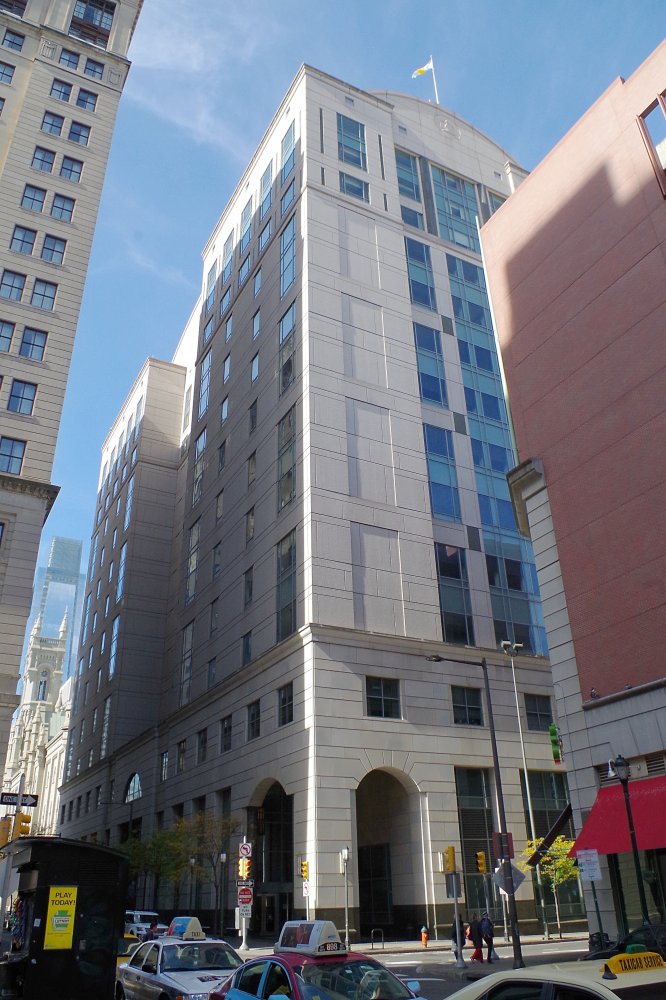 Description:  The building faces south and is a seventeen story steel framed and precast cladding structure. The south front has a central entrance with recessed center section above. There are two story arched sections on the east and west corners. The roof line is flat. The building is named as The Justice Juanita Kidd Stout Center for Criminal Justice and houses the First Judicial District. .

Description:  The building faces east and is a fifteen story glass and steel frame structure. The rectangular building has green tinted glass siding. The roof line is flat. Description:  The building faces south and is a three story stone and concrete  structure. The south front of the rectangular has eleven arches along the first story and a recessed porch on the second and third stories with twelve columns. The east and west ends of the building have columns rising to pediments at the roof line. A balustrade runs along the flat roof line. The building was constructed as the Philadelphia Municipal Courthouse. The building presently stands vacant. 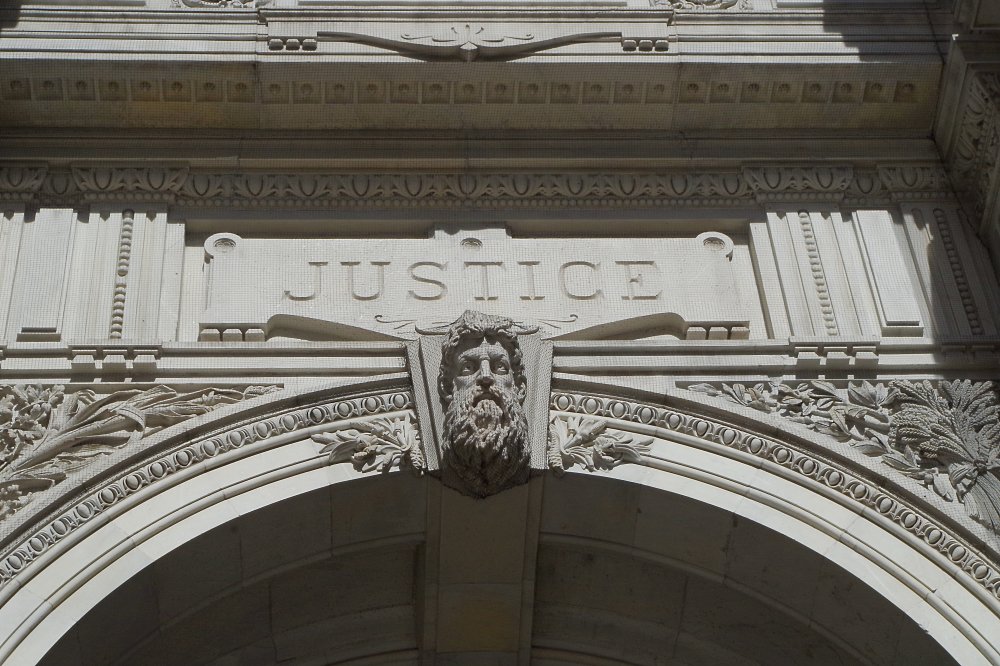 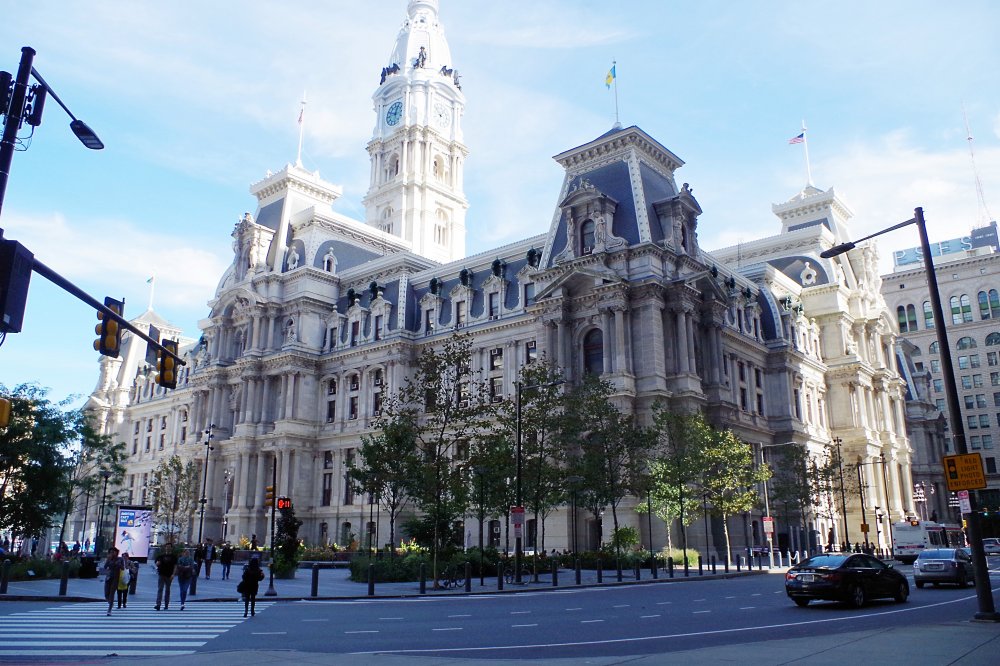 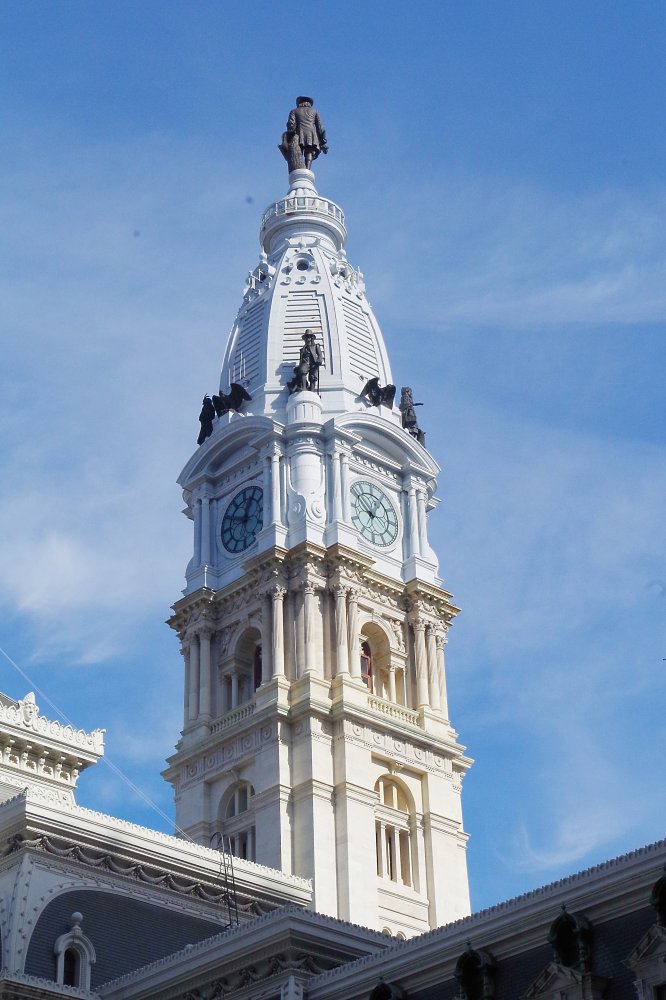 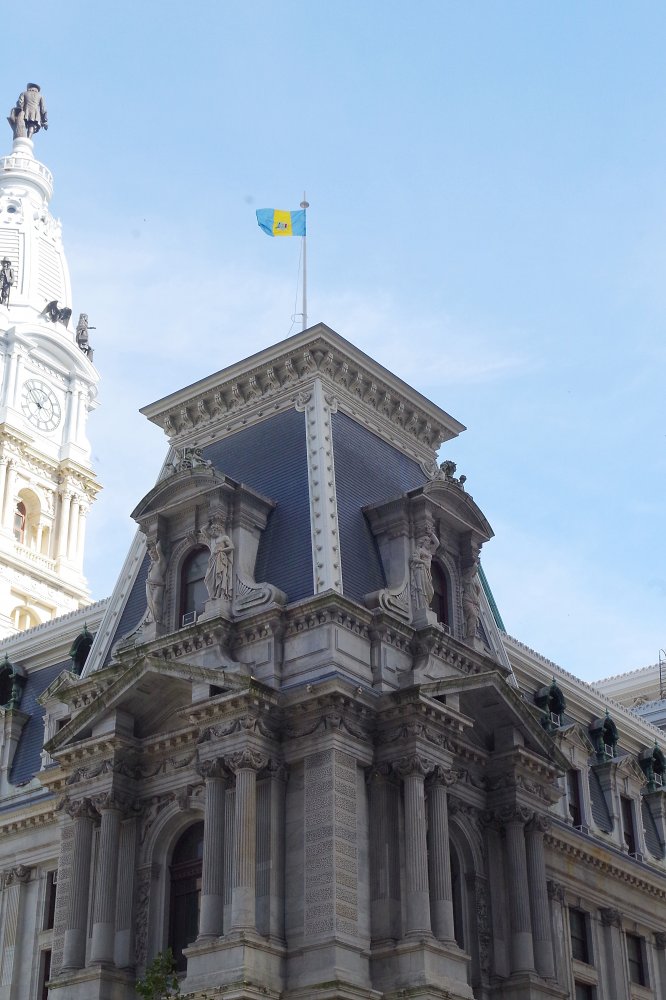 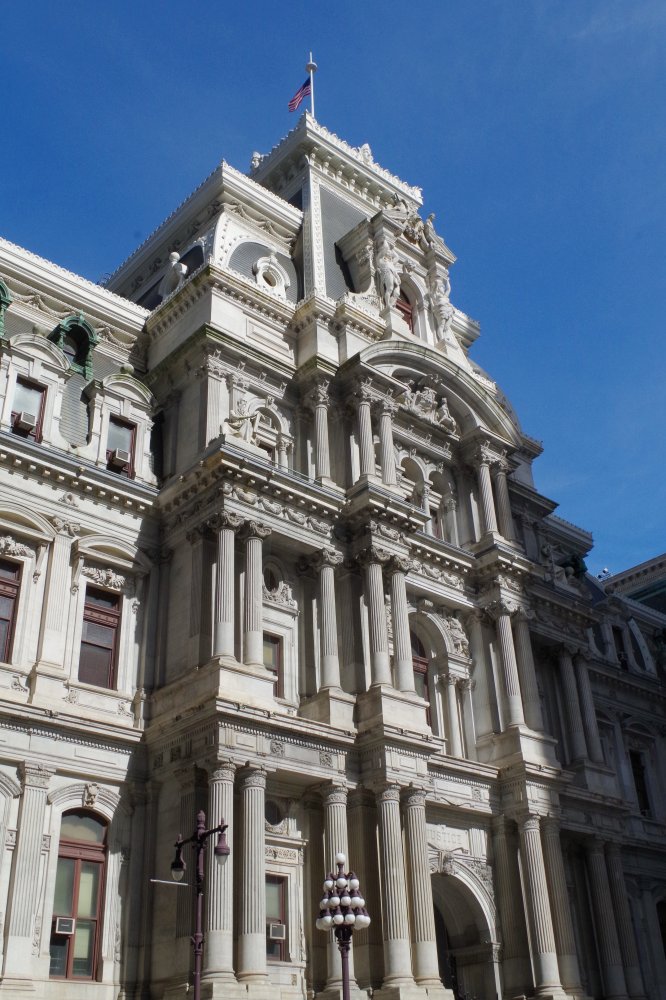 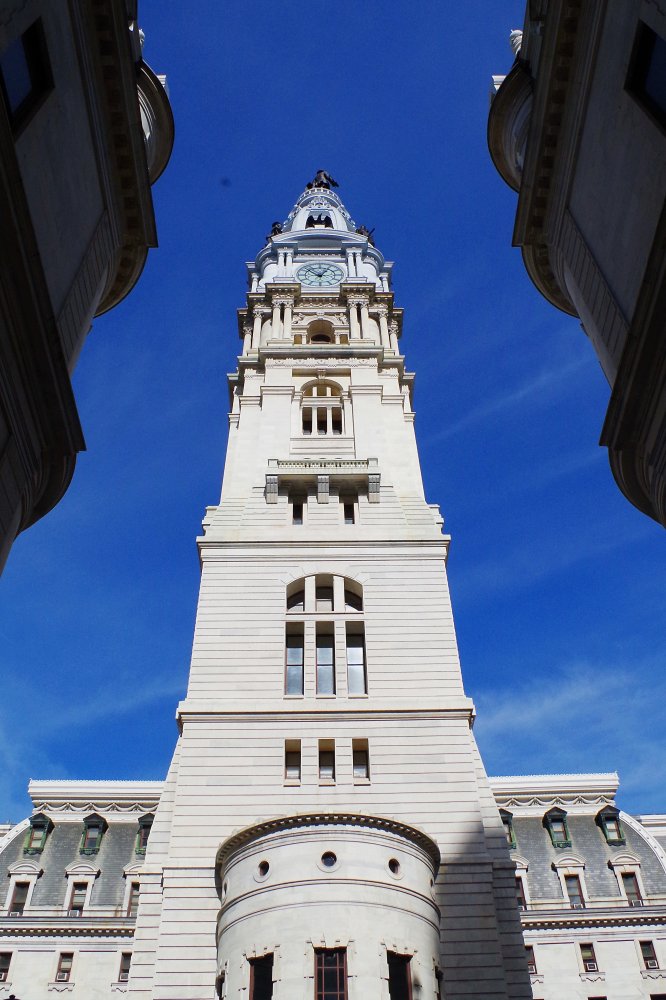