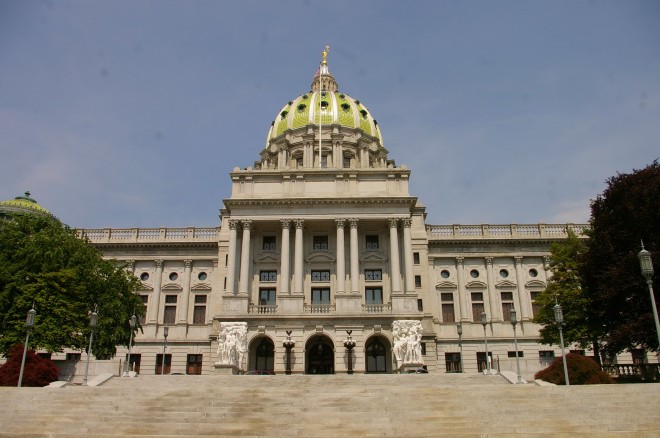 Description:  The building faces west and is a four story Vermont granite structure. The building is located on a four acre parcel. The building is 520 feet long and 254 feet wide.  The Dome is designed after the Cathedral of St. Peters in Rome. Rising 272 feet from the ground, it is a combination of two shells; an inner dome and an outer dome. The tremendous weight of the dome is supported entirely by four pillars which are sunk seven feet into a natural bed of slate rock. The pillars are 29 feet, three inches in diameter at the base and taper to 12 feet six inches. The golden female figure on the Dome symbolizes the Commonwealth and the staff which it holds is the staff of statehood while the right hand is extended in benediction. The statue is nicknames “Miss Penn”. The sculptor of the statue was Ronald Hinton Perry. The Supreme Court Chamber is located in the east wing of the fourth story.. 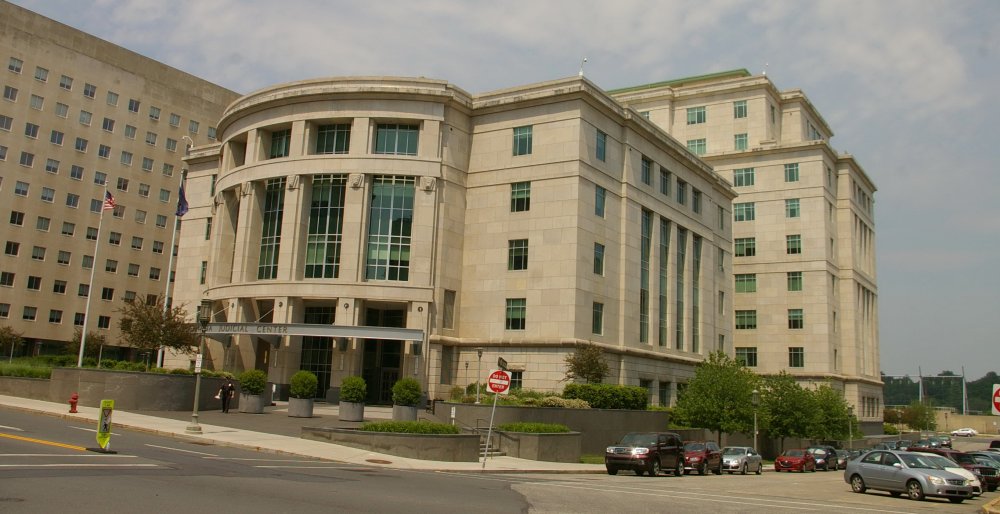 Description:  The building faces west and is a nine story limestone and granite structure. The building is located on the east side of the State Capitol. The west section is five stories and is connected to the nine story office section on the east side. The west front has a semi circular front with vertical pillars with recessed windows between. The interior has shades of cream, steel gray. Light gray and mahogany and gently arching hallways.  The roof line is flat. The building houses the Supreme Court offices. 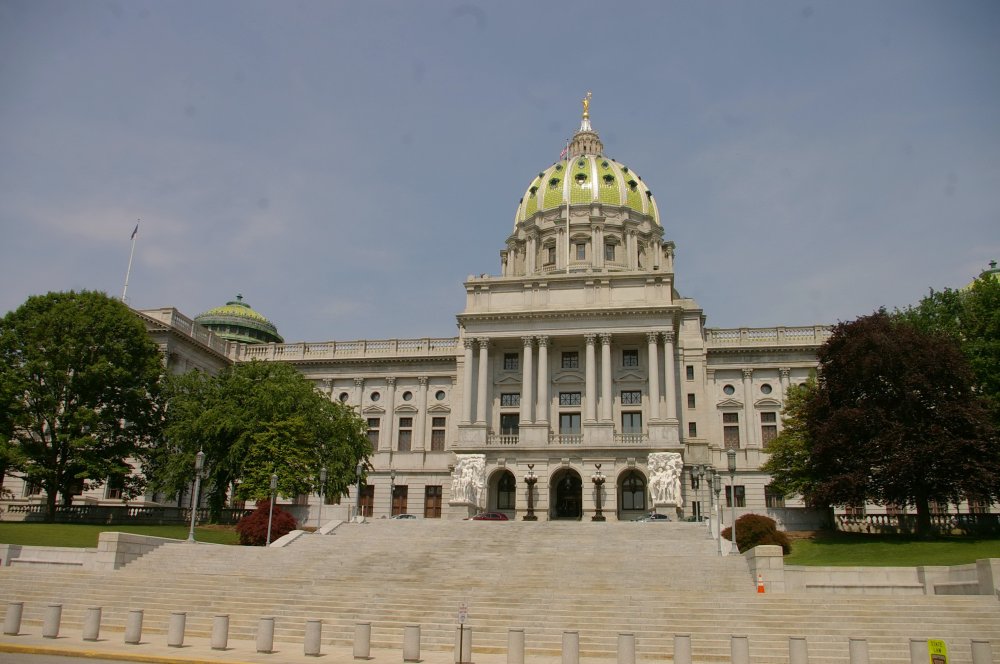 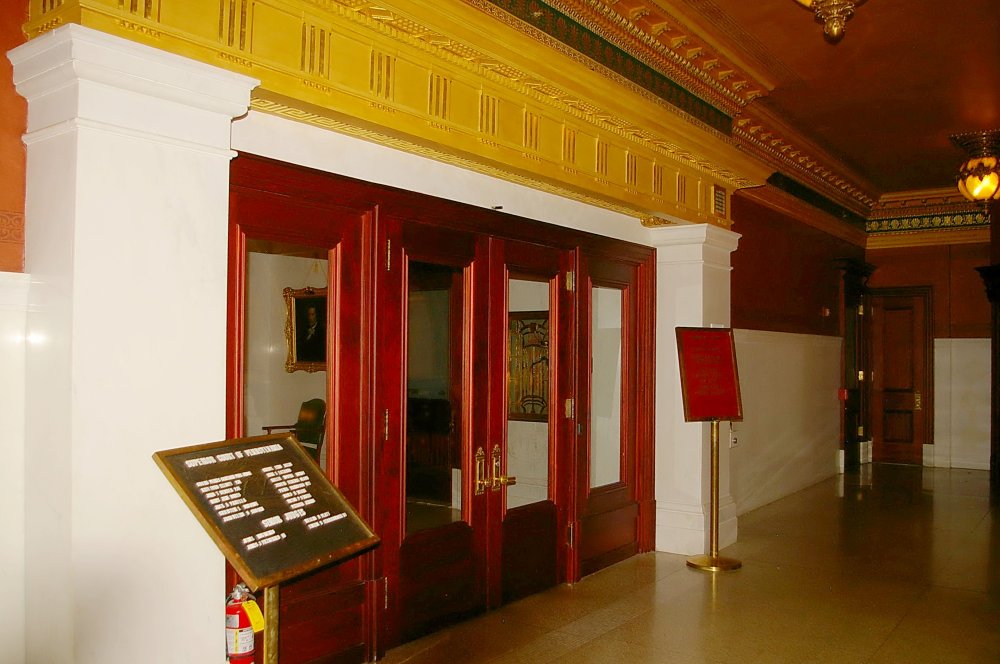 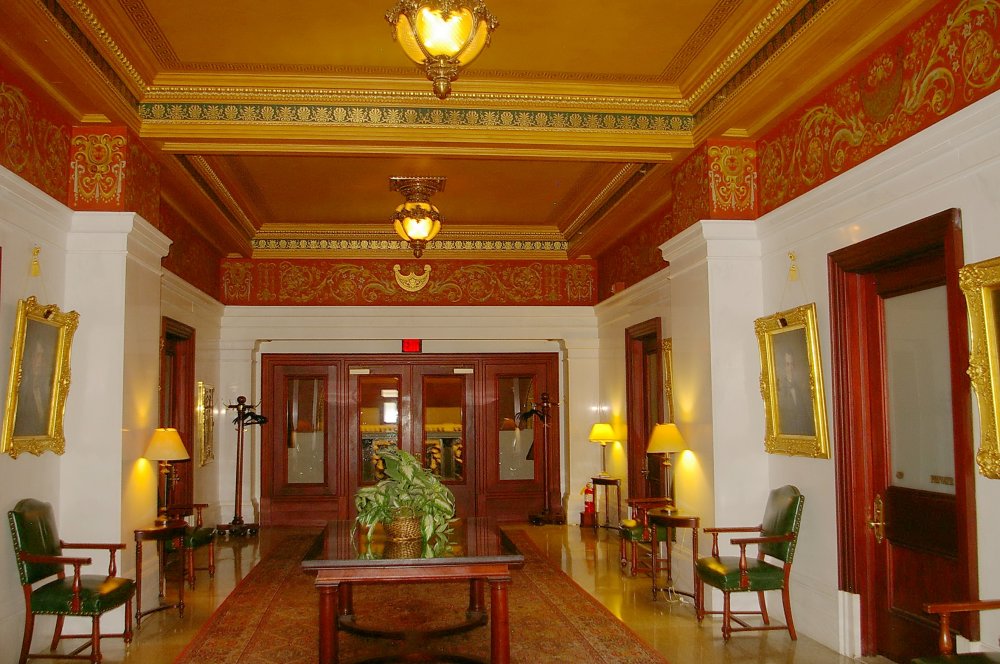 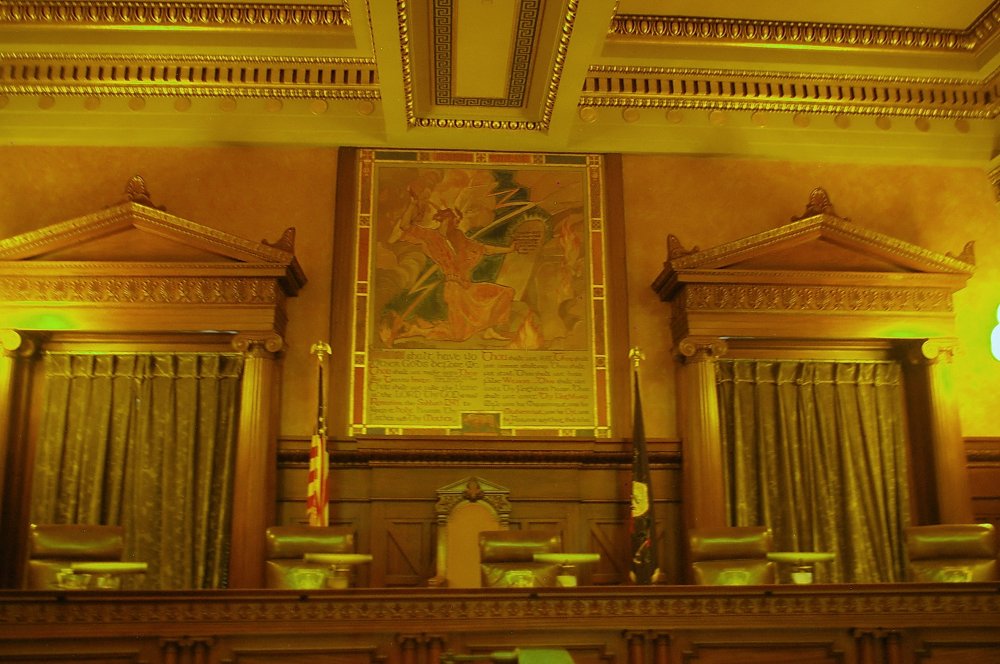 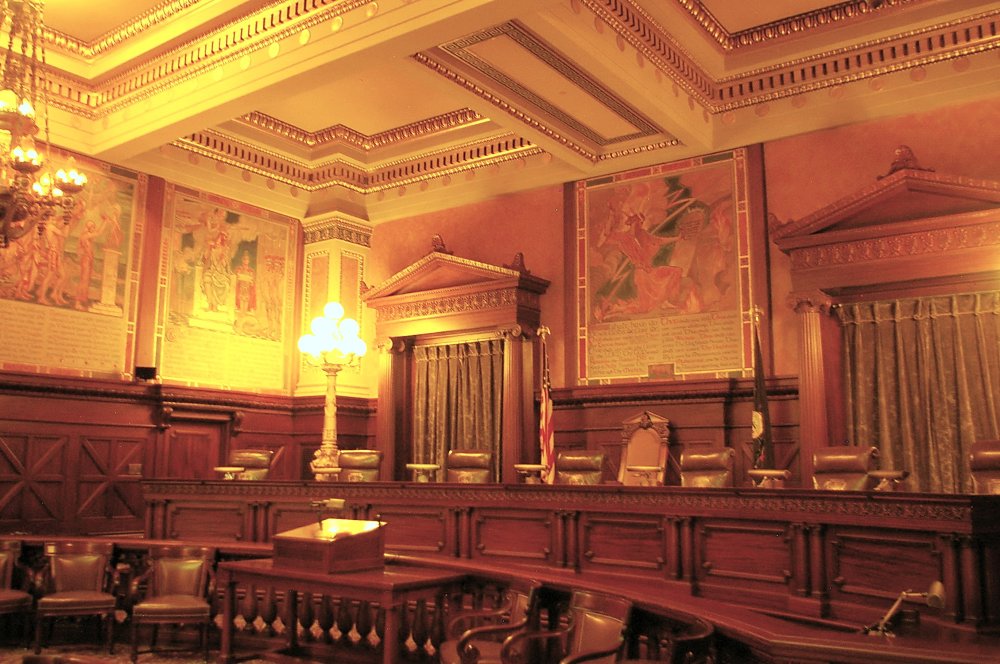 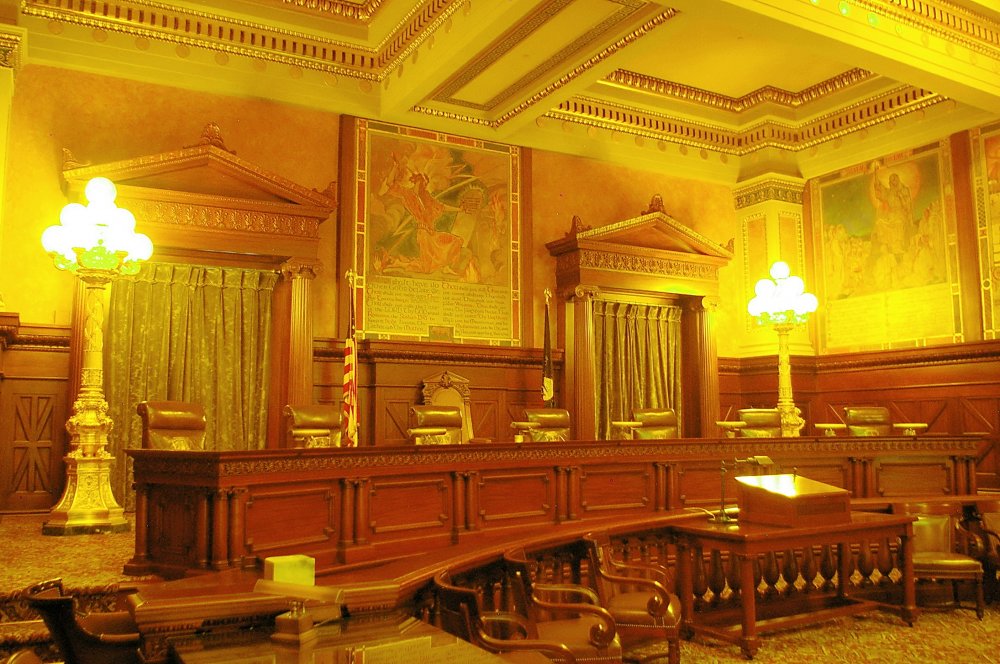 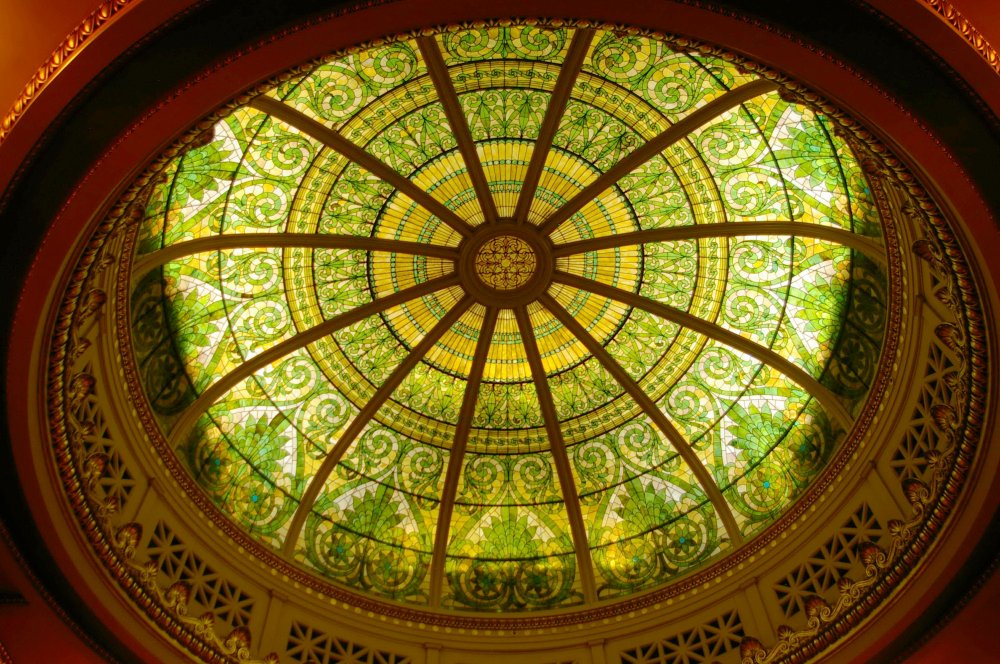 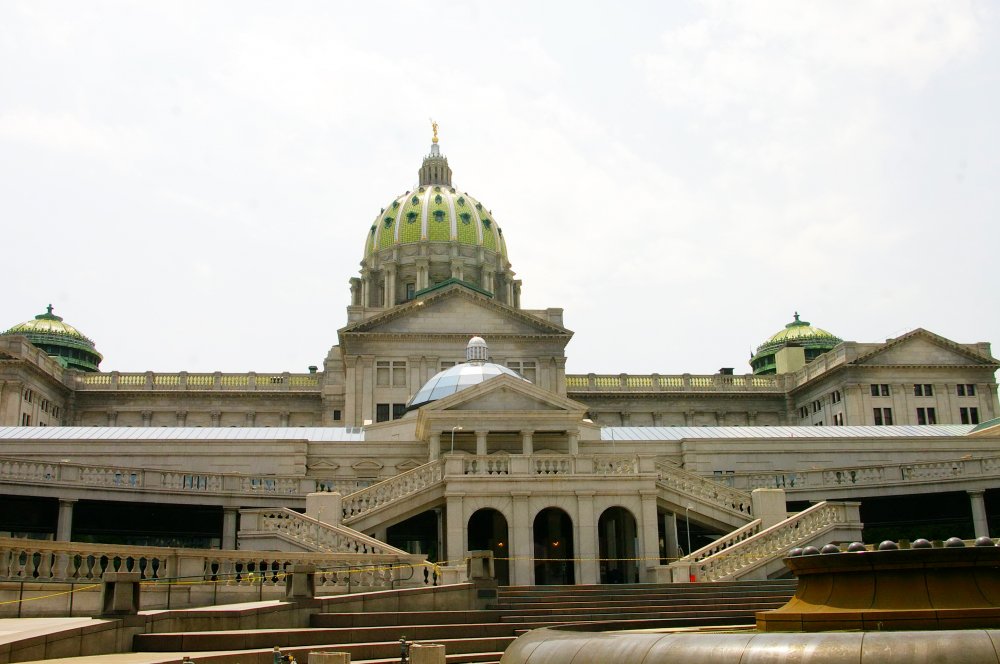 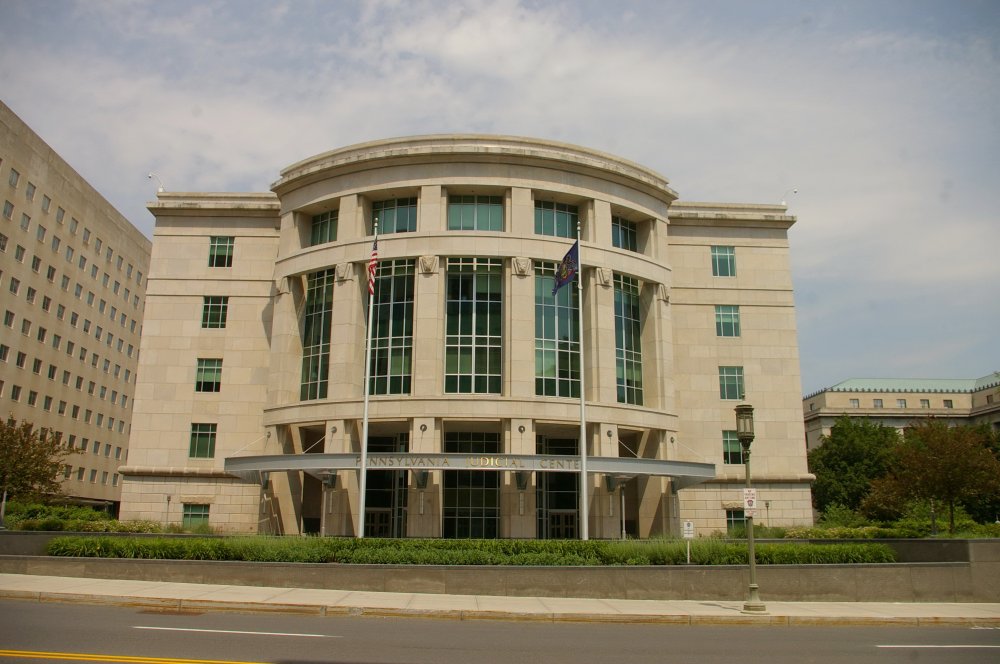 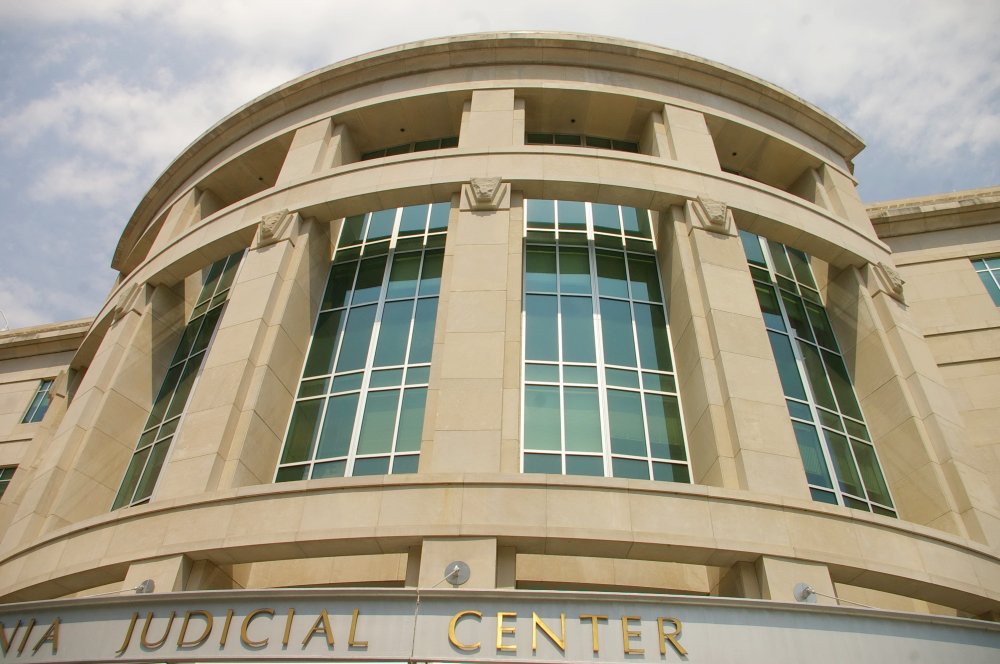