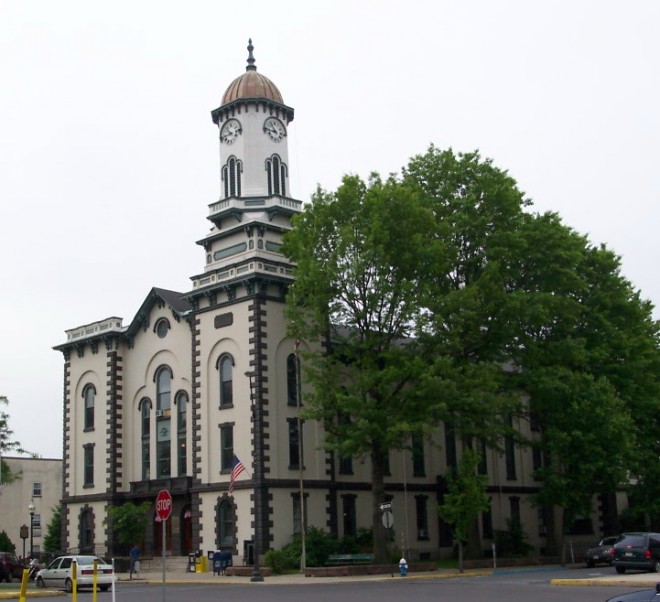 Description:  The building faces north and  is a three story white colored brick and style structure. The front part of the building is the original section and the addition was added in 1911 to 1915 giving the building an “L” shape. On the northwest corner is a large square bell tower rising to a rounded tower with clock and rounded roof. Another square tower is at the northeast corner. The front facade of the building has three arched doors surrounded by massive stone work and topped by a stone balcony. This stone work and the striking corner quoins of the building were probably made of brownstone quarried near Hummelstown. Second and third story windows on the front facade are topped by dripstone. The building has narrow arched windows, quoins at the corners and brackets under the eaves. The building is painted with white and brown colored trim. In 1911 to 1915, an addition was added on the north front. The architect was William H Lee and the contractor was Shamokin Lumber & Manufacturing Company.

Note:  The building was copied from the design of Samuel Sloan of Philadelphia for the Lycoming Courthouse. 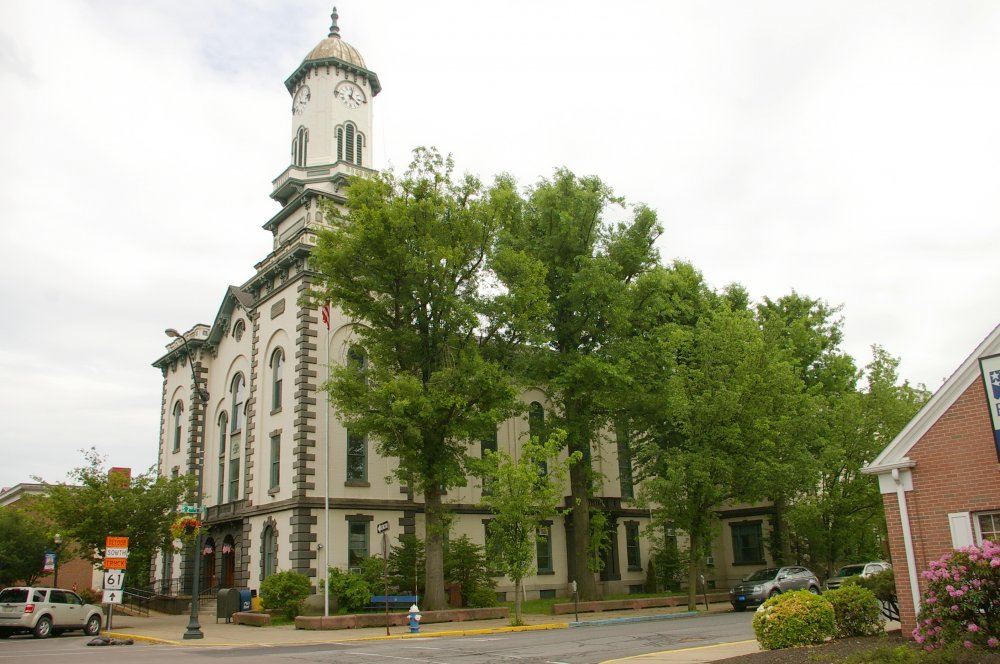 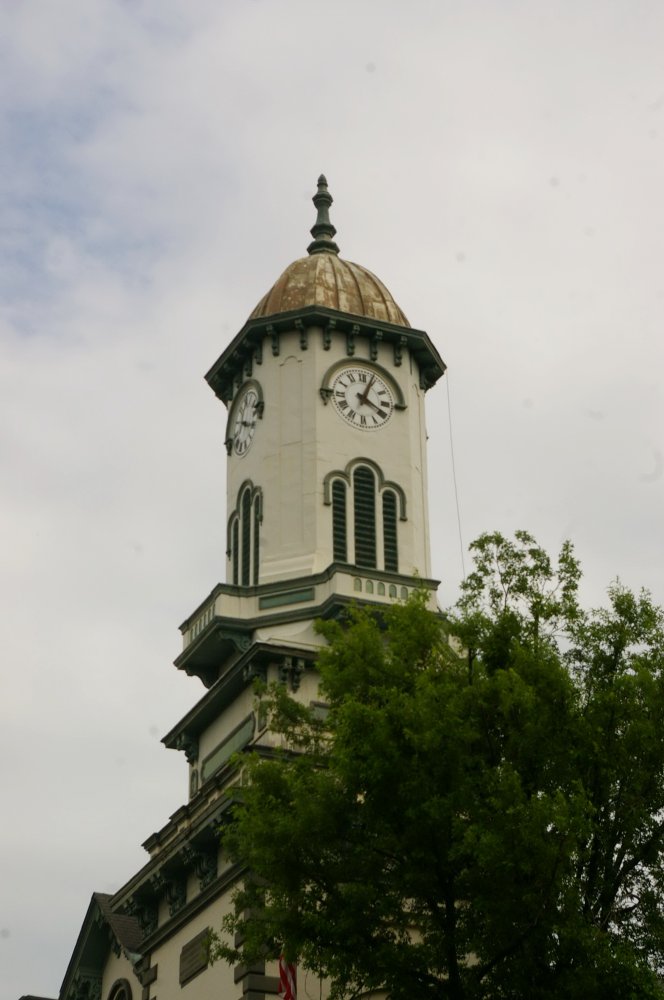 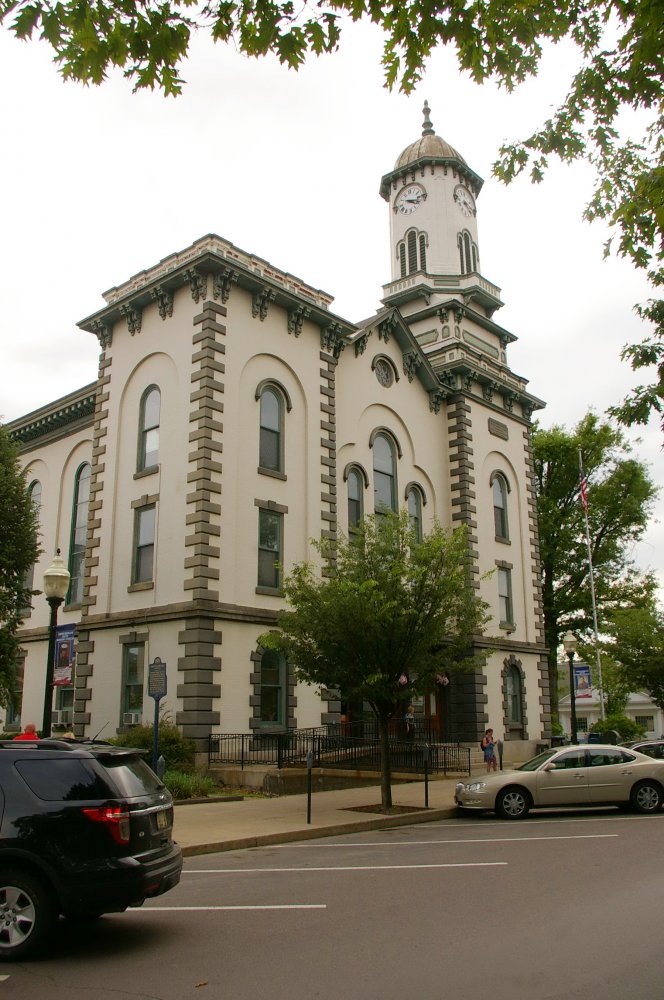 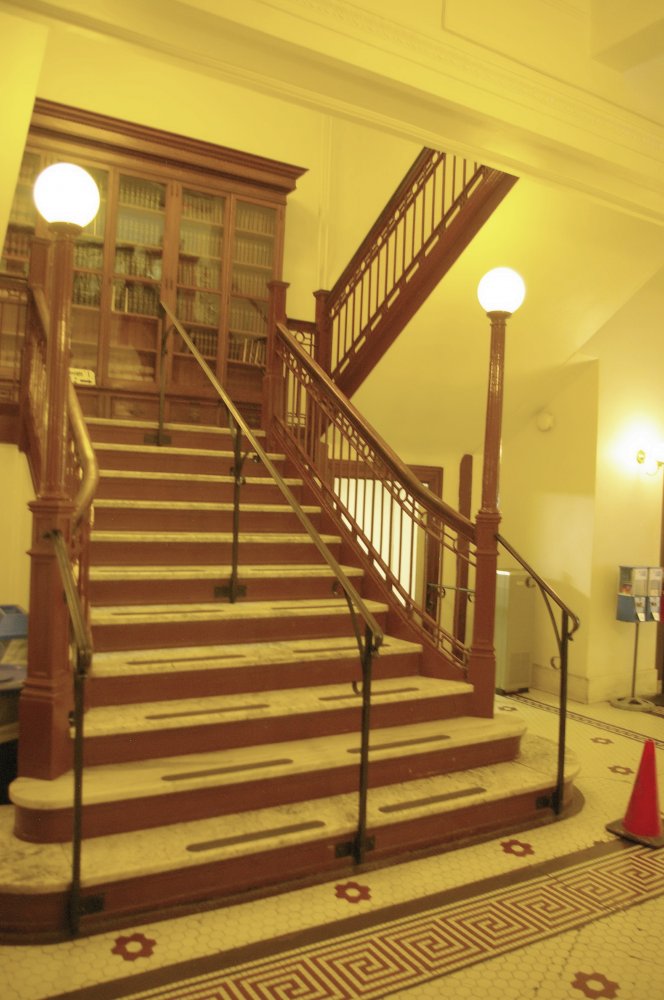 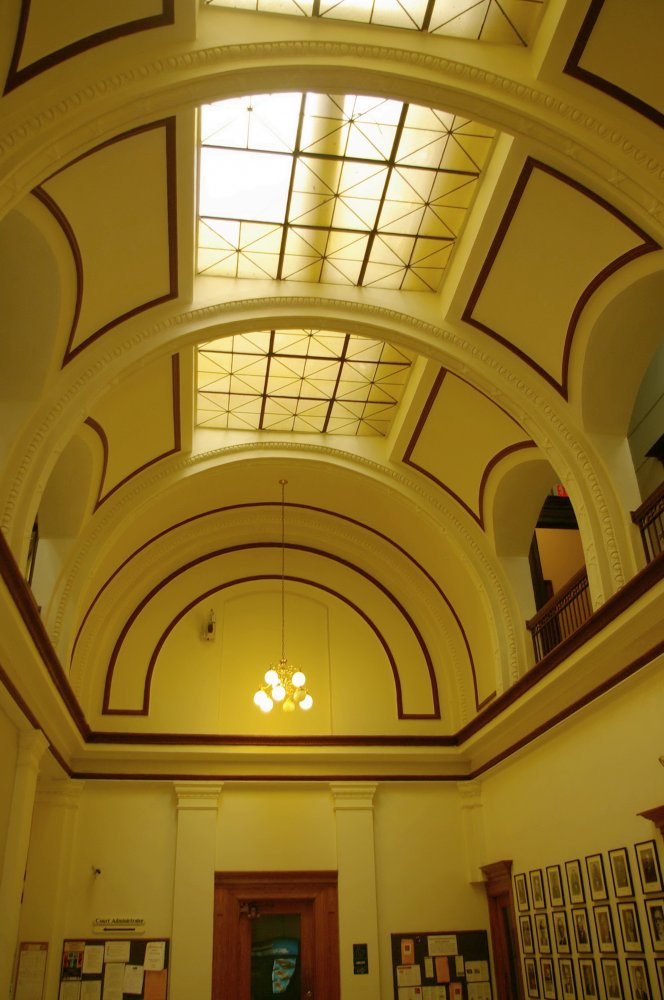 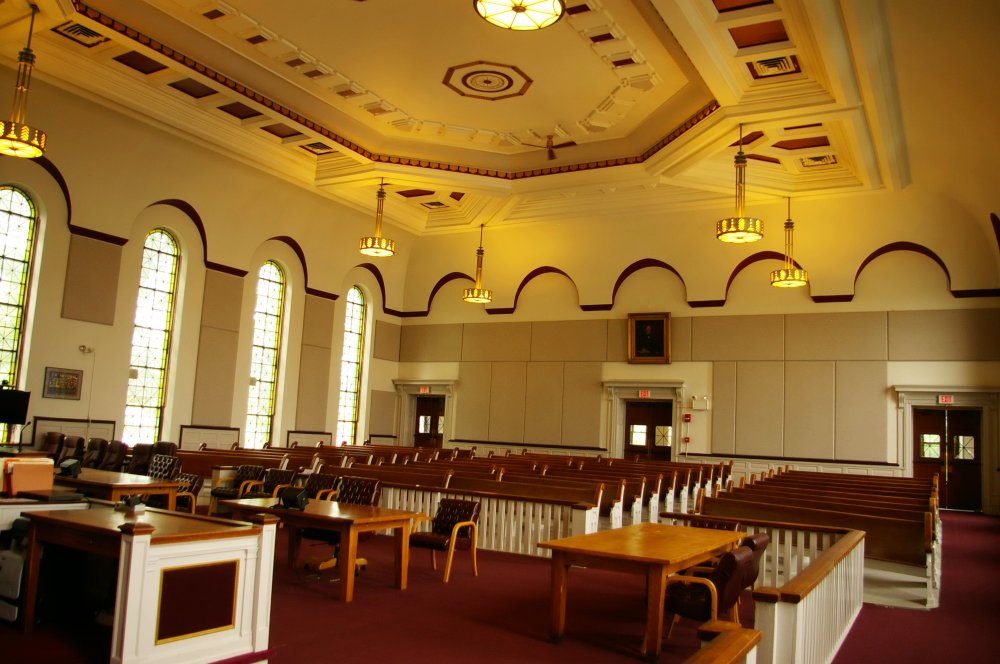 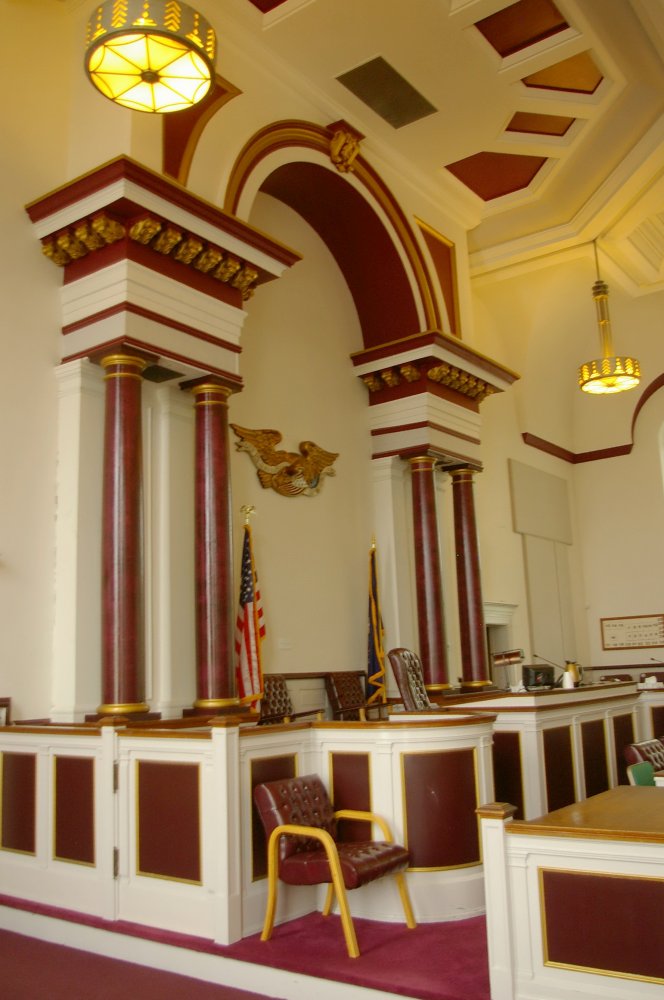 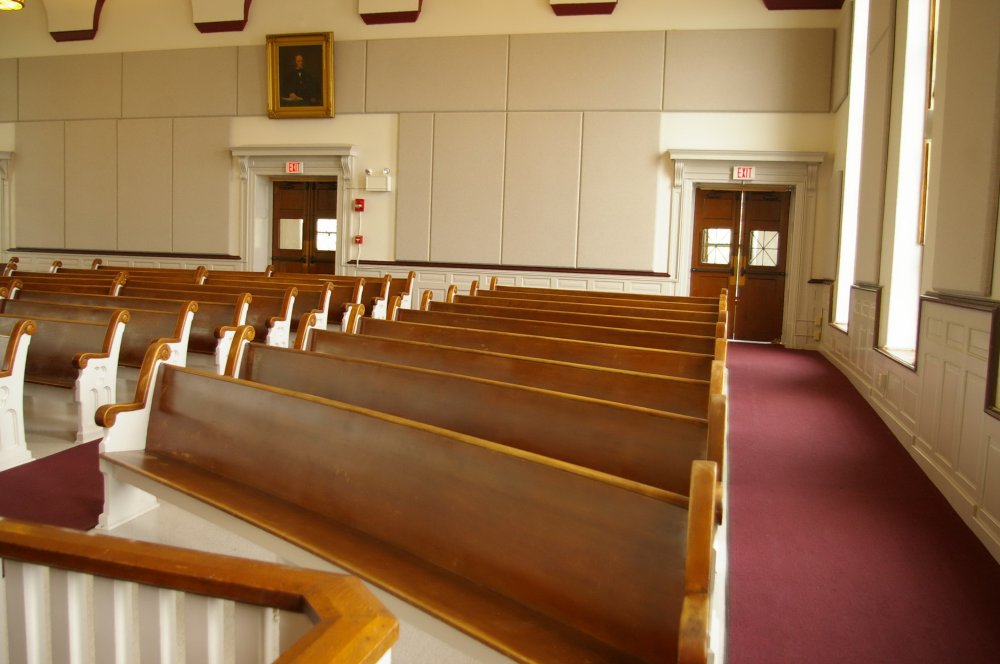 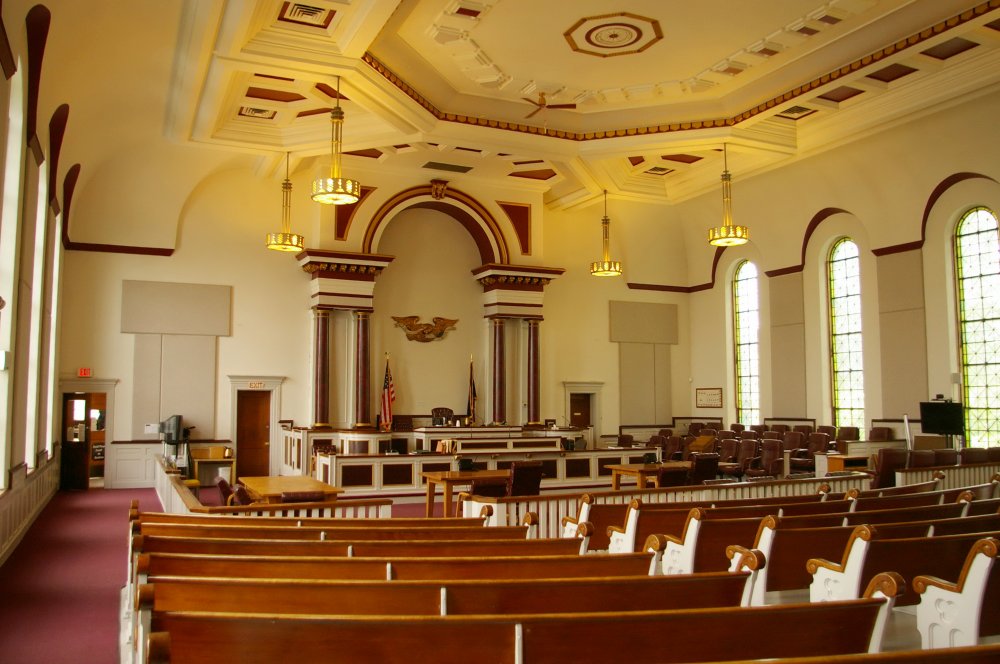 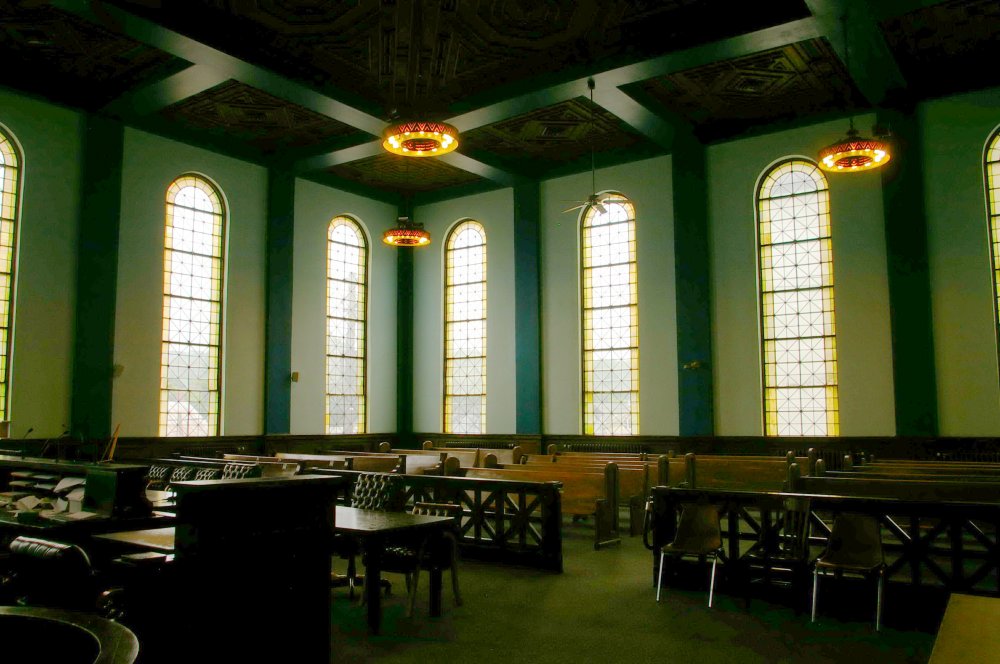 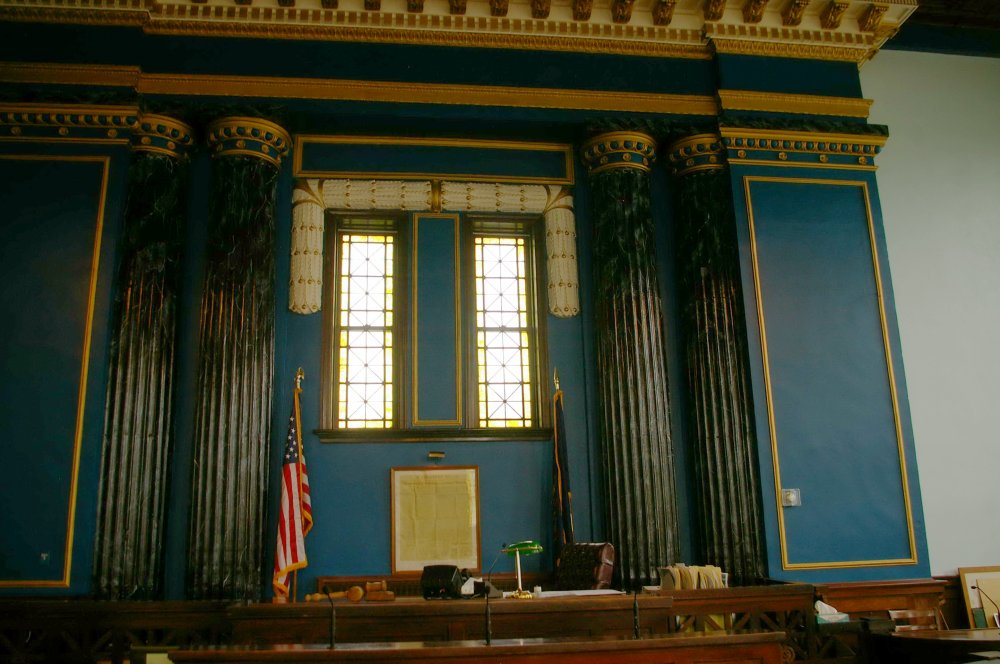 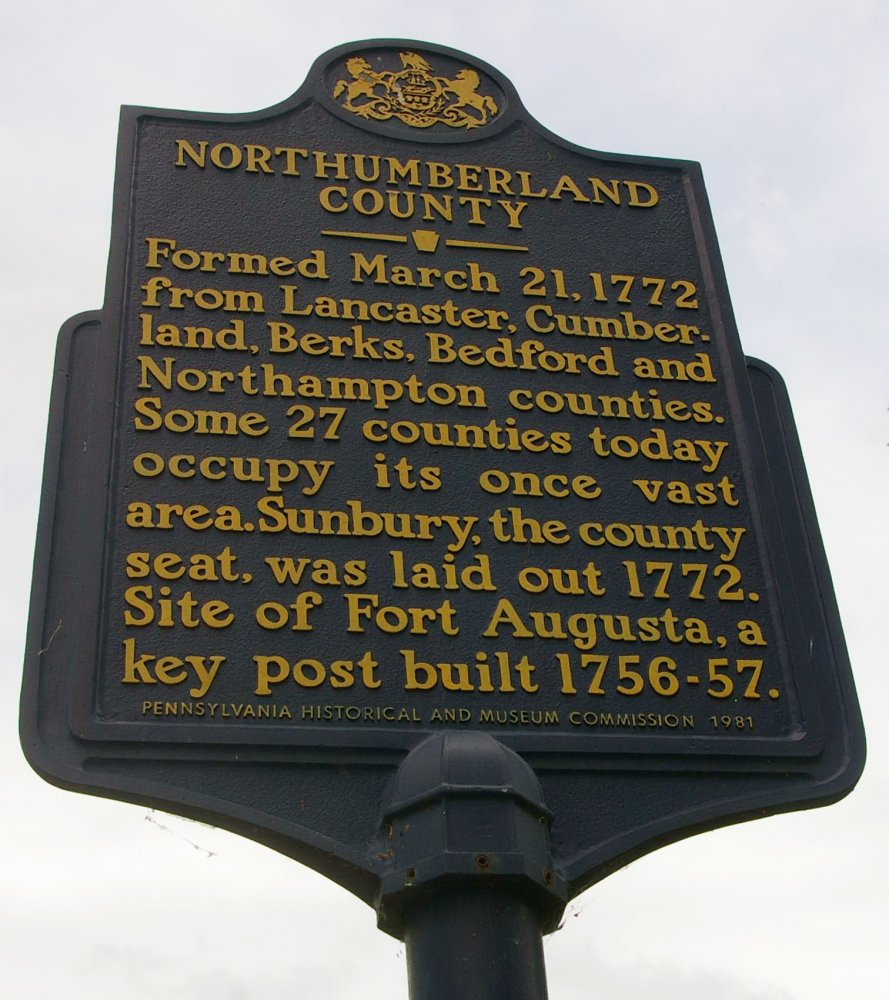