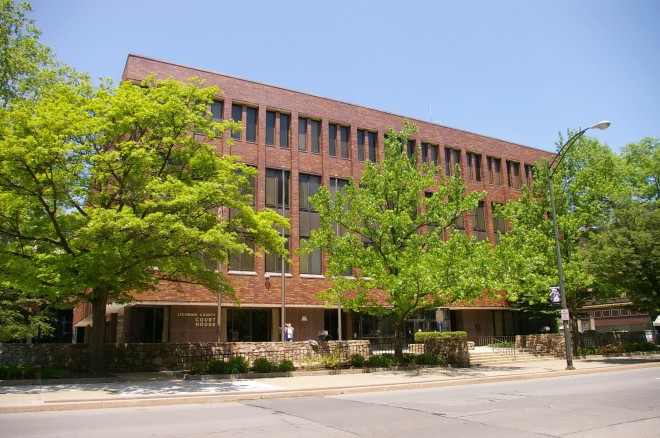 Lycoming County is named for Lycoming Creek which is a tributary of the West Branch of the Susquehanna River.

Description:  The building faces south and is a square four story red colored brick, concrete and glass structure. The first story is all glass and recessed. The rest is covered with a smooth glassy brick and a black colored window treatment that varies at the top to break the monotony. The roof line is flat. There is a newer county office building on the north side also in modern office building style. 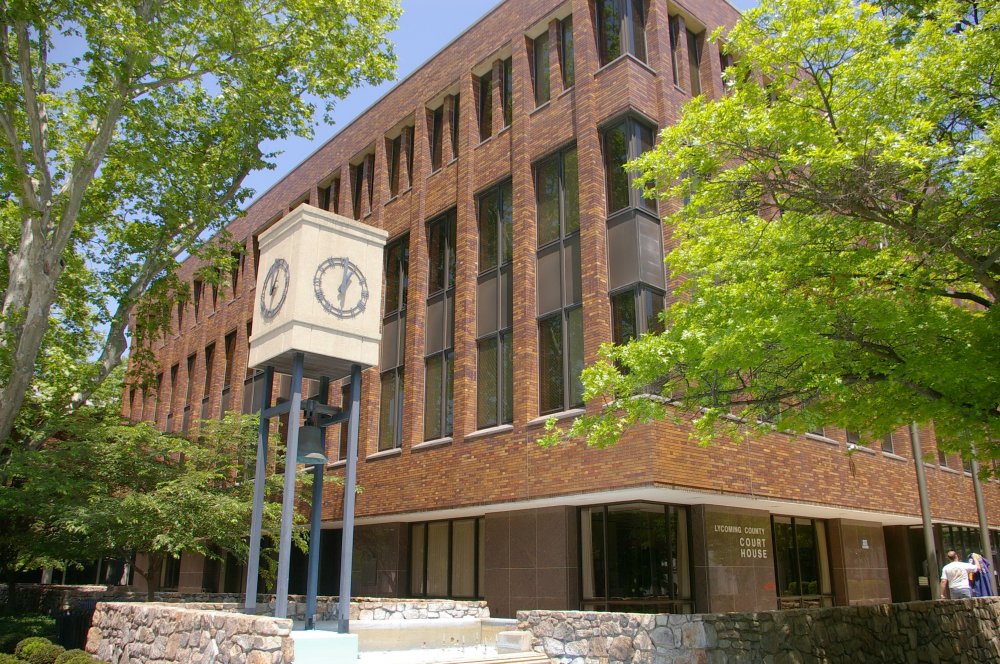 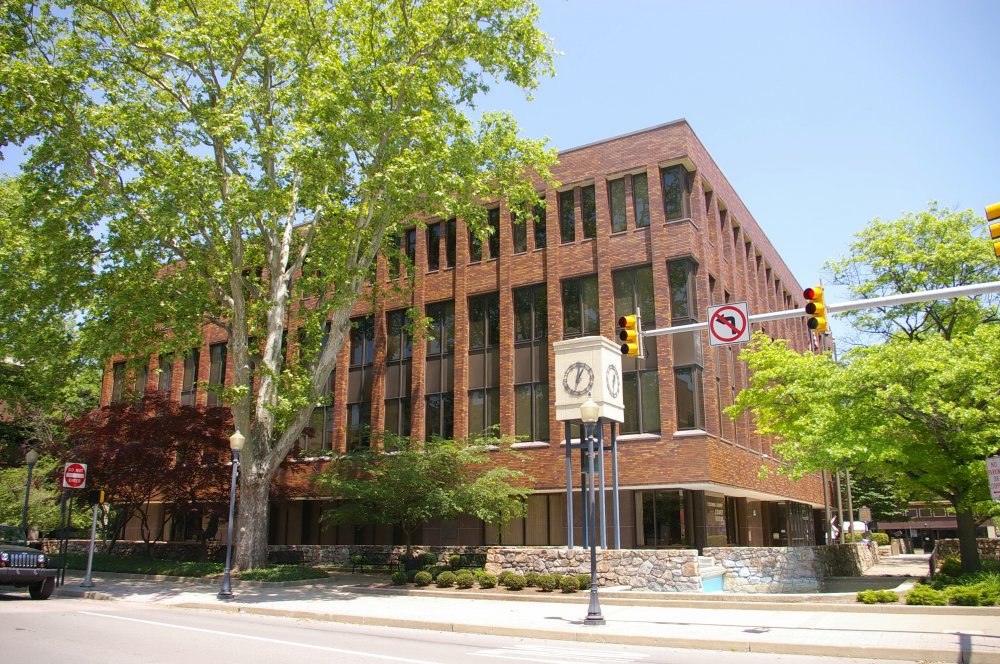 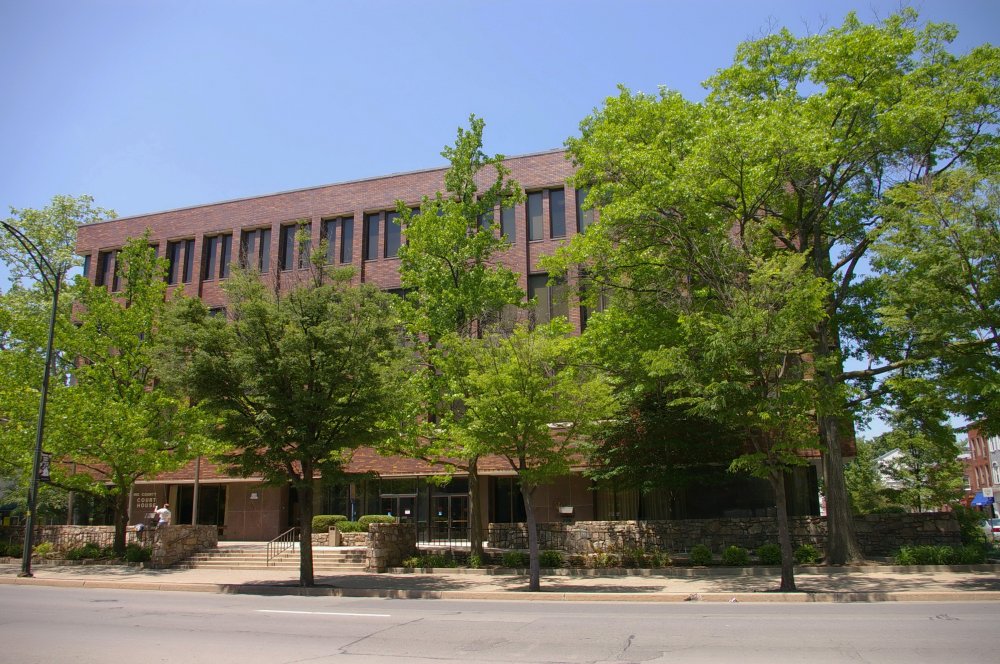 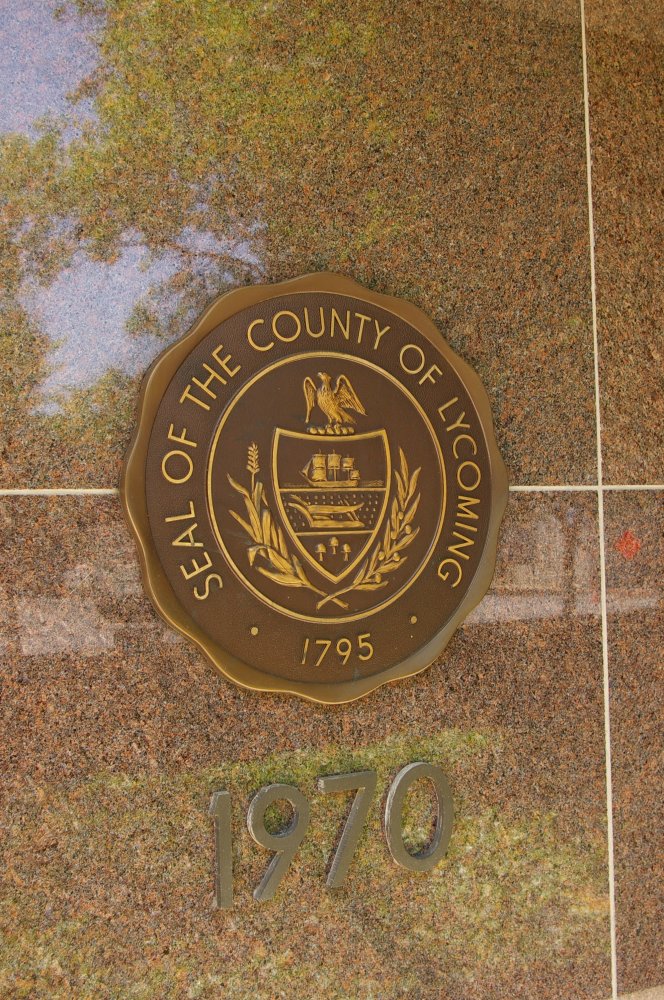 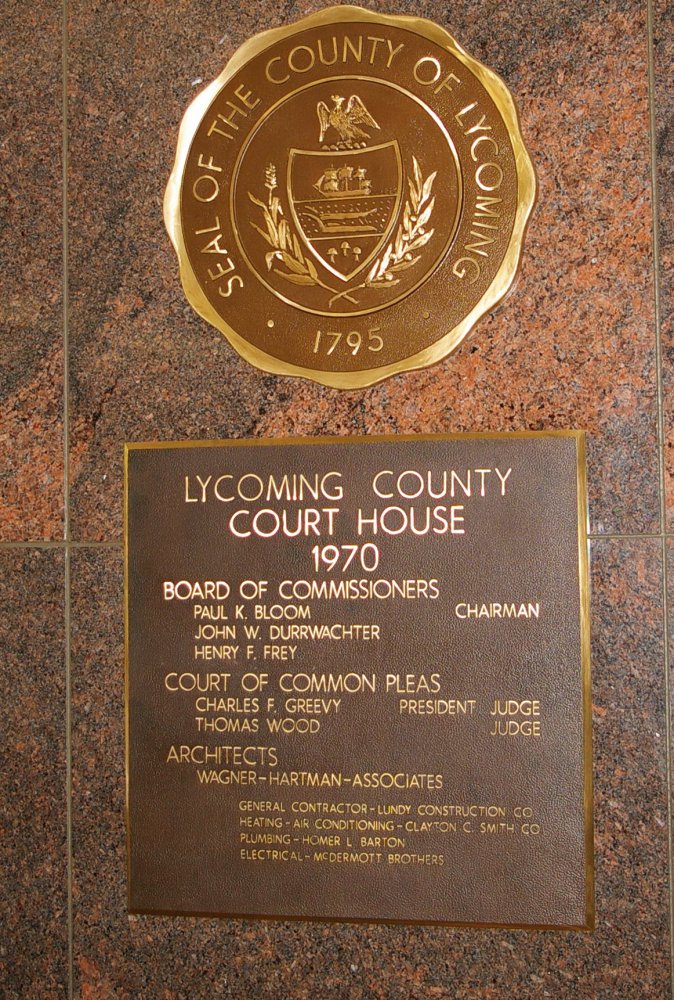 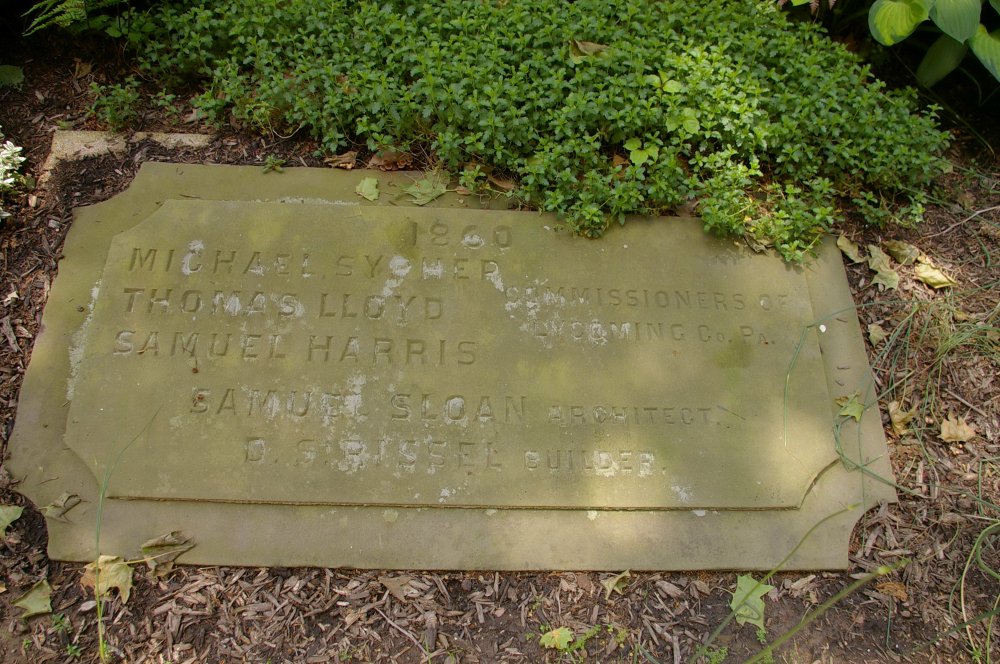 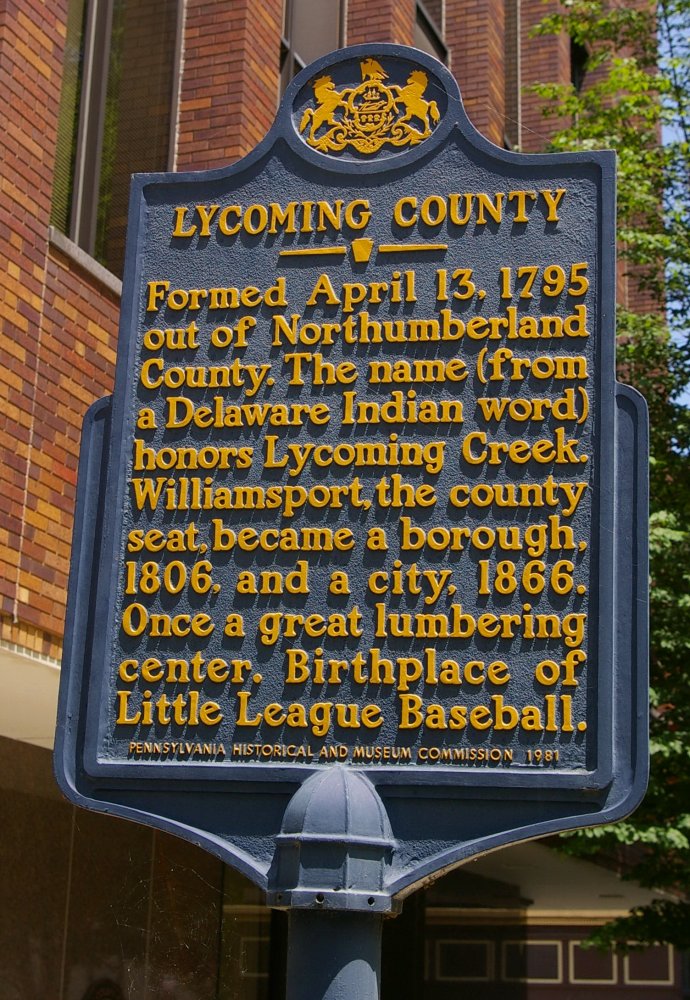