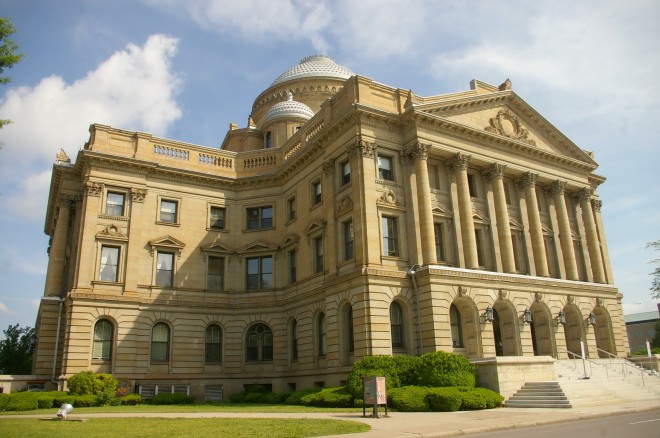 Luzerne County is named for The Chevalier de Luzerne.

Description:  The building faces southeast and  is a two story buff colored Ohio limestone structure. The building is located on spacious landscaped grounds. The building is a “cruciform” shape. There are identical six column porticos on three facades. The south facade facing the garden is the main entrance. On the center of the roof is a large dome. The building was restored in 1967. The architect was Carl J Schmitt & Company and the contractor was Raymond R Hedden & Company. The exterior was restored in 2011. The architect was Eyerman-Csala-Hopeman & Handman and the contractor was D A Notly, Inc.

Note:  The architect Frederick J Osterling of Pittsburgh resigned and McCormack & French were hired to complete the design of Frederick J Osterling. The construction bid was awarded to Joseph Handler Construction Company for $597,000 and permission was granted to withdraw the bid which was then awarded to Wilson J Smith of Wilkes-Barre for the sum of $617,000. Whenever possible, contracts were awarded to local bidders. 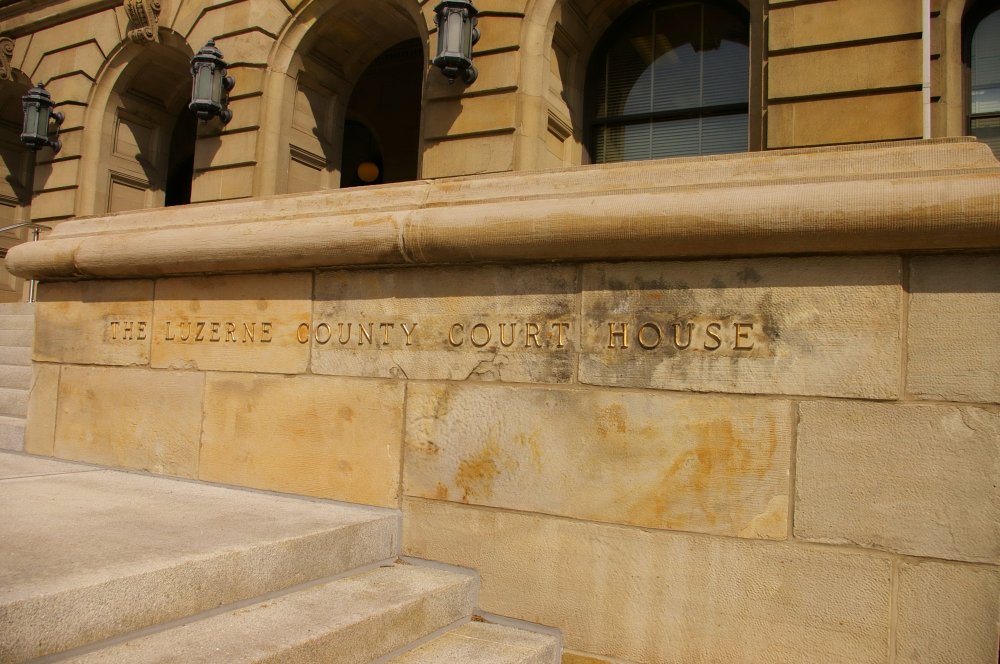 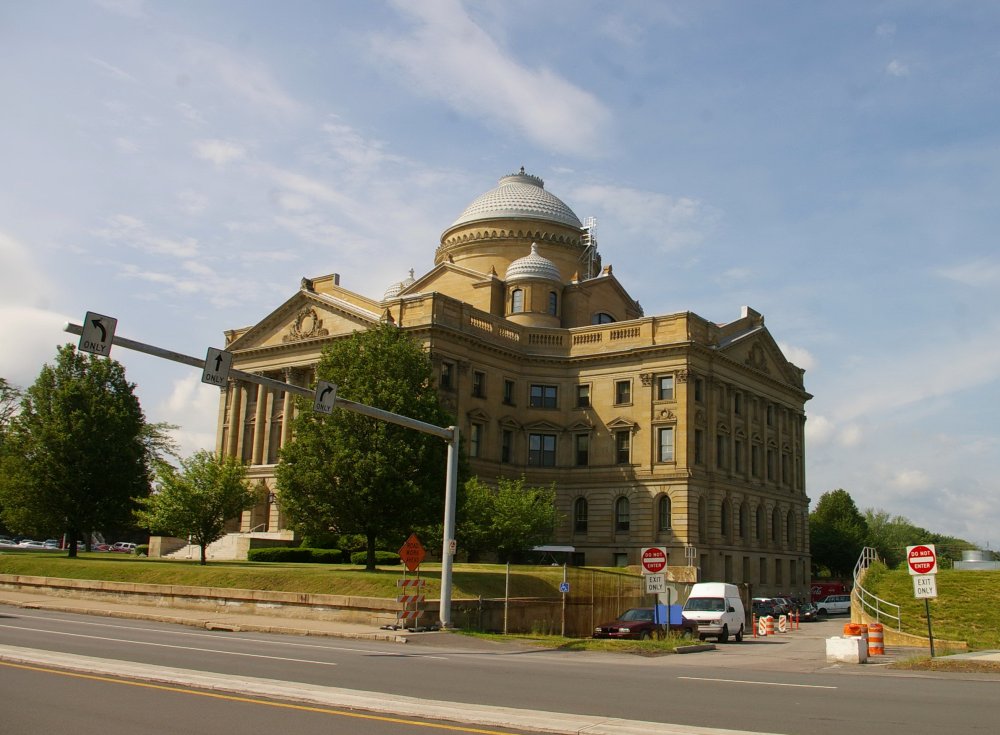 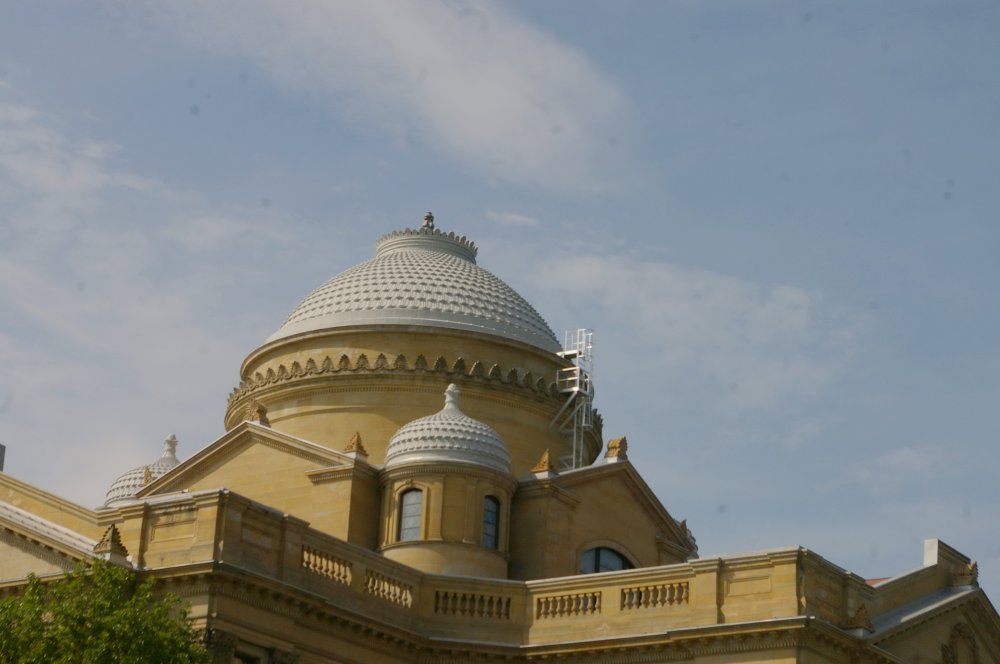 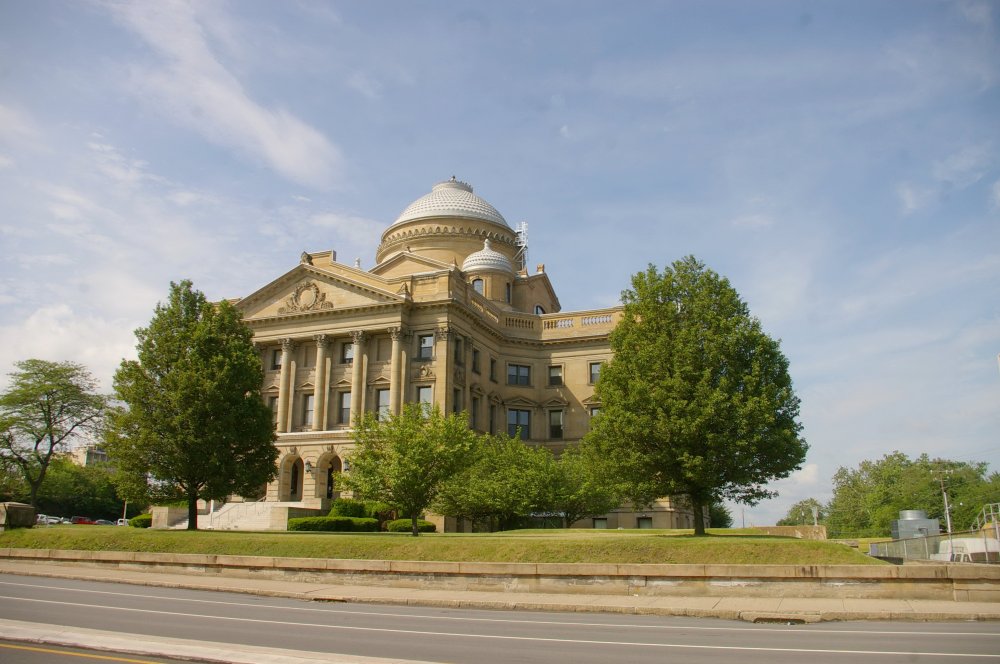 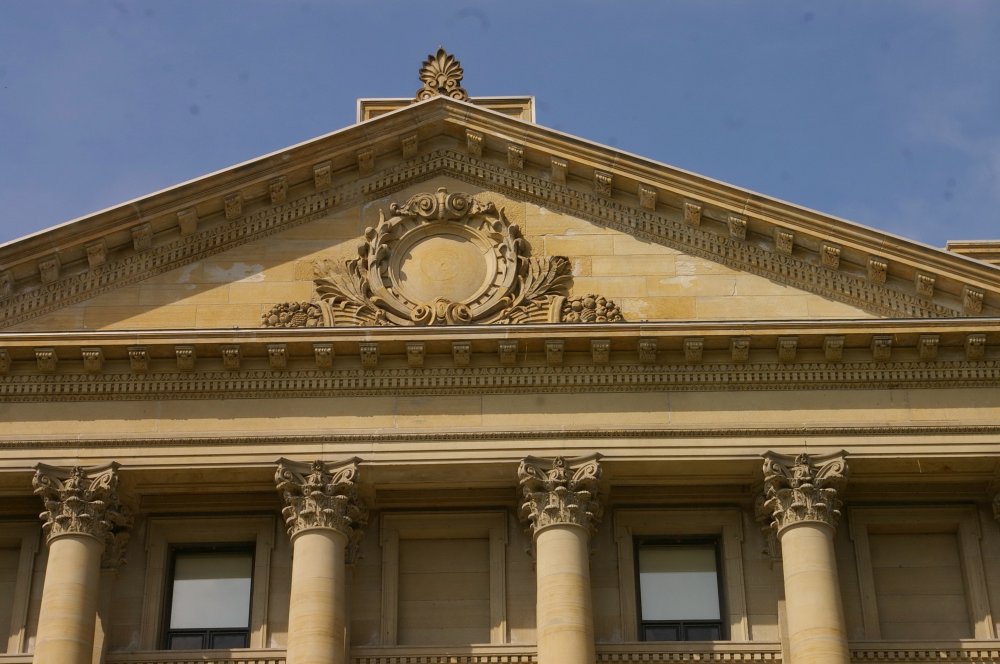