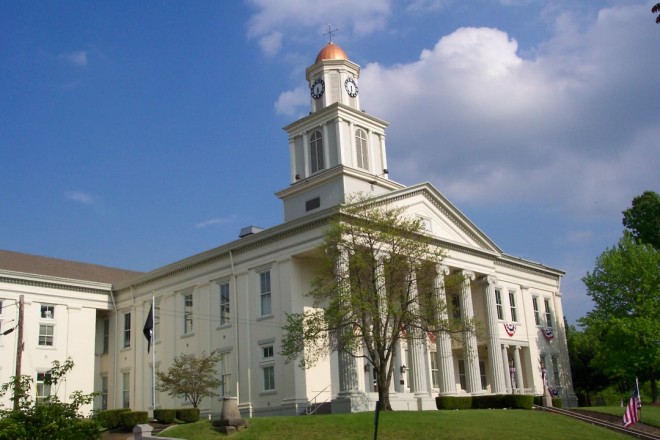 Lawrence County is named for James Lawrence, who was a captain in the War of 1812. 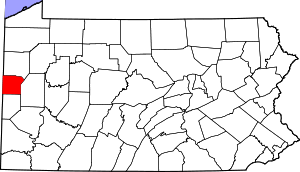 Description:  The building faces west and is a two story cream colored brick structure. The building is located on landscaped grounds on a hill which descends on the west side overlooking Neshannock Creek and downtown New Castle. The west front has a large portico with six Iconic columns rising to a wide pediment at the roof line. Behind the pediment is a square tiered cupola with octagonal section and gold colored dome at the top. There have been three additions made to the building. In 1885 and 1886, a two story wing was added to the south elevation even with the front facade. This addition, as the later two, were made using similar building materials and style. In 1914, an addition was added to the rear of the south façade and was later extended in 1939. The third addition was made in 1943 and 1944 to the north facade opposite the 1939 addition. This gave the building a T-shaped floor plan. In 1947 a small addition was made between the 1885 and the 1914 additions. The building was restored in 2002. 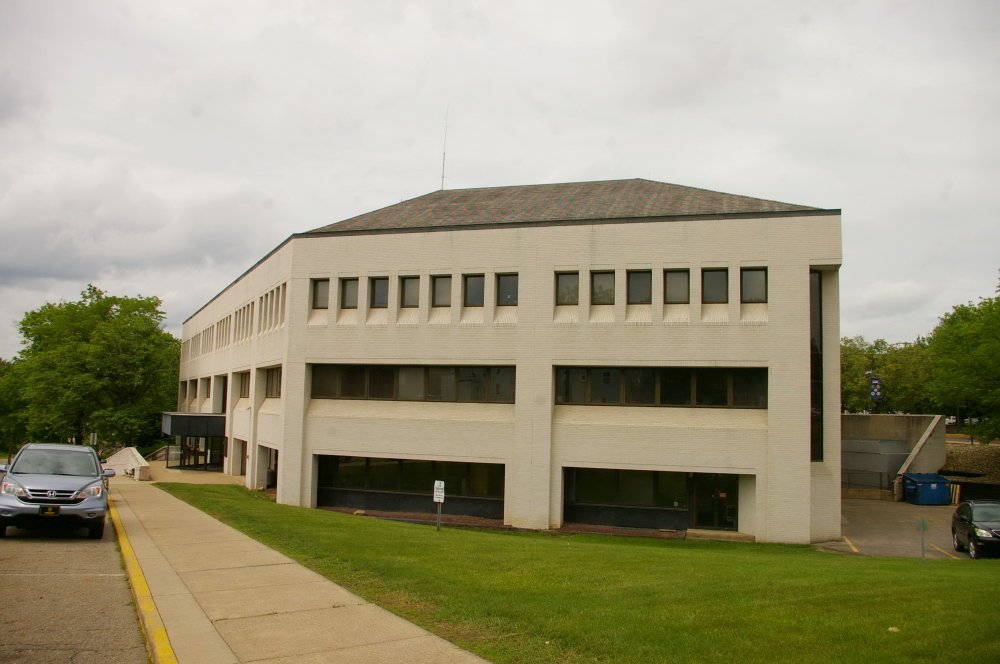 Description:  The building faces north and is a three story cream colored concrete structure. The main entrance on the north side is on the second story. The first and second stories has horizontal recessed windows. The third story windows are square. The roof is sloped. The building is connected to the courthouse on the northwest side. 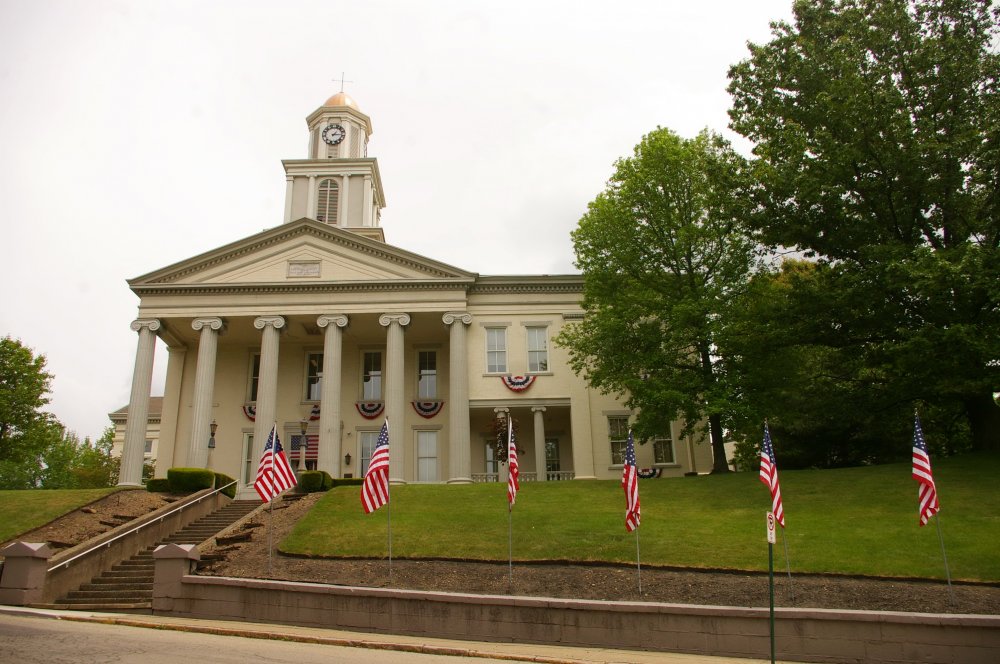 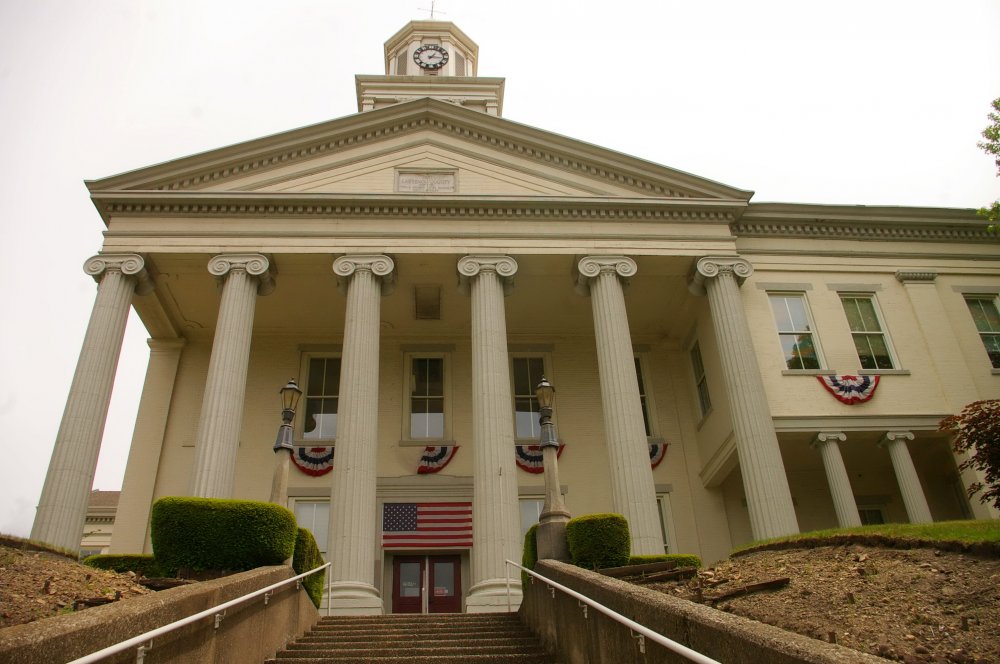 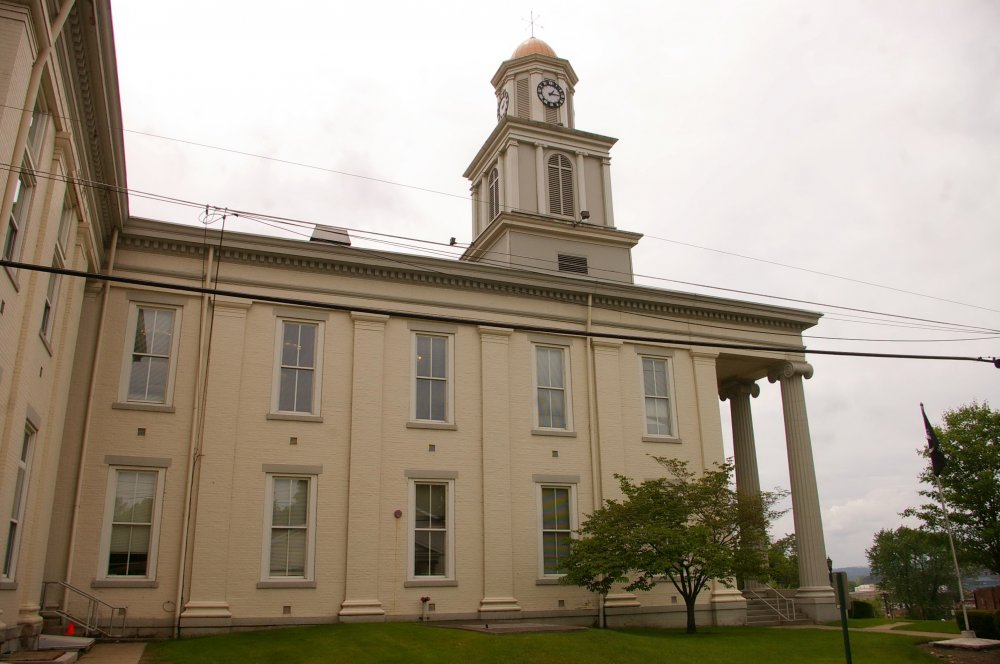 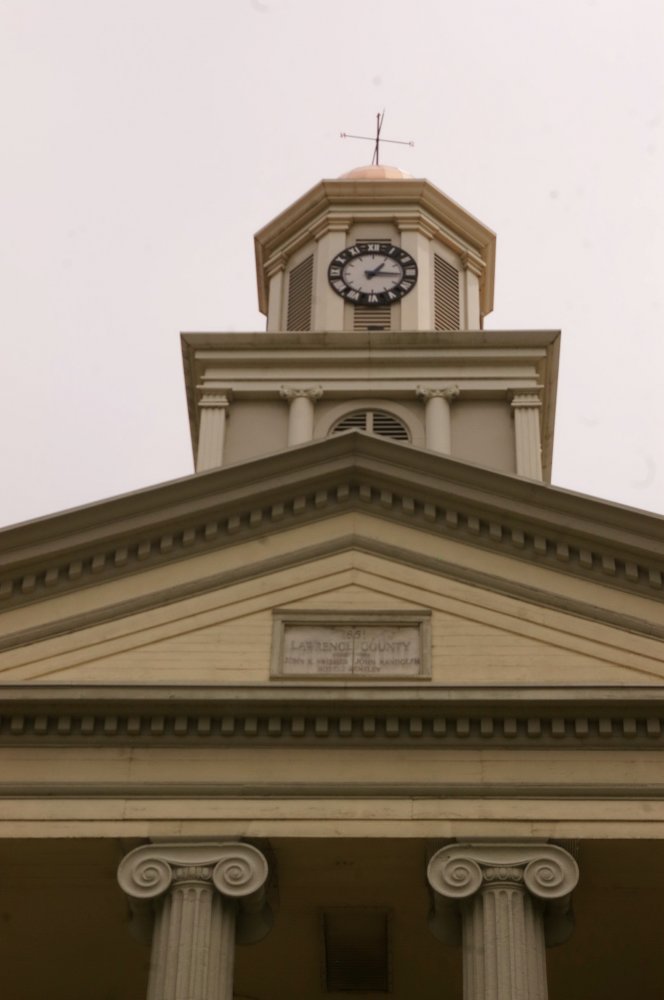 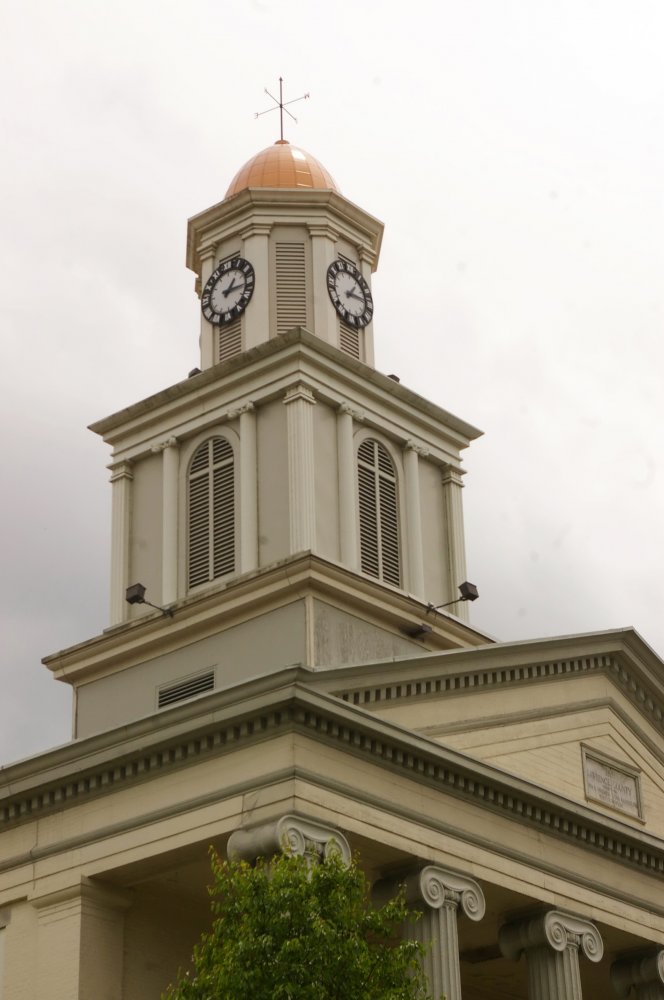 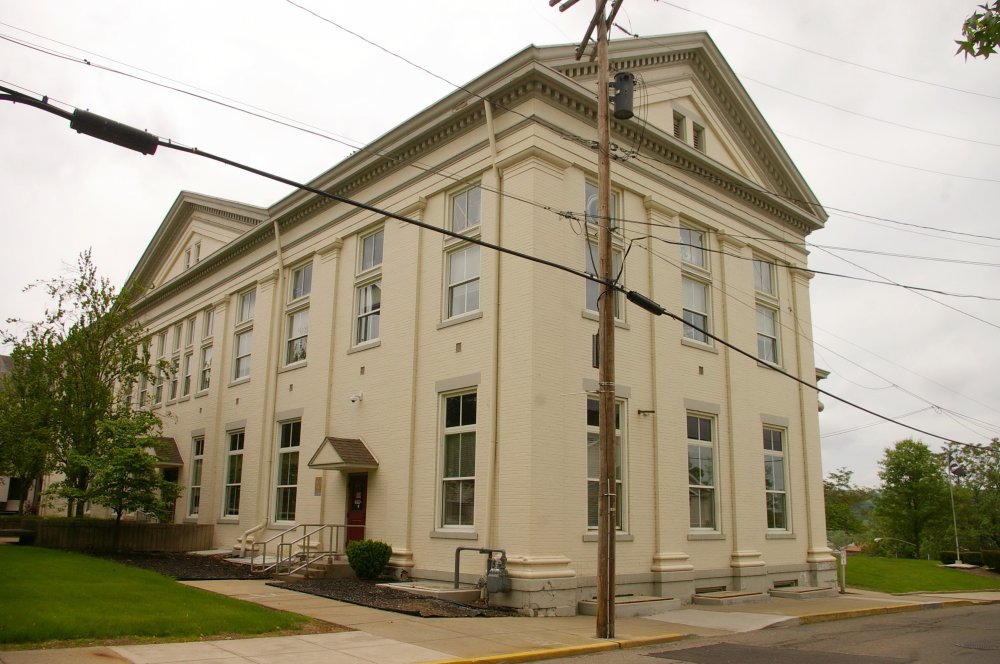 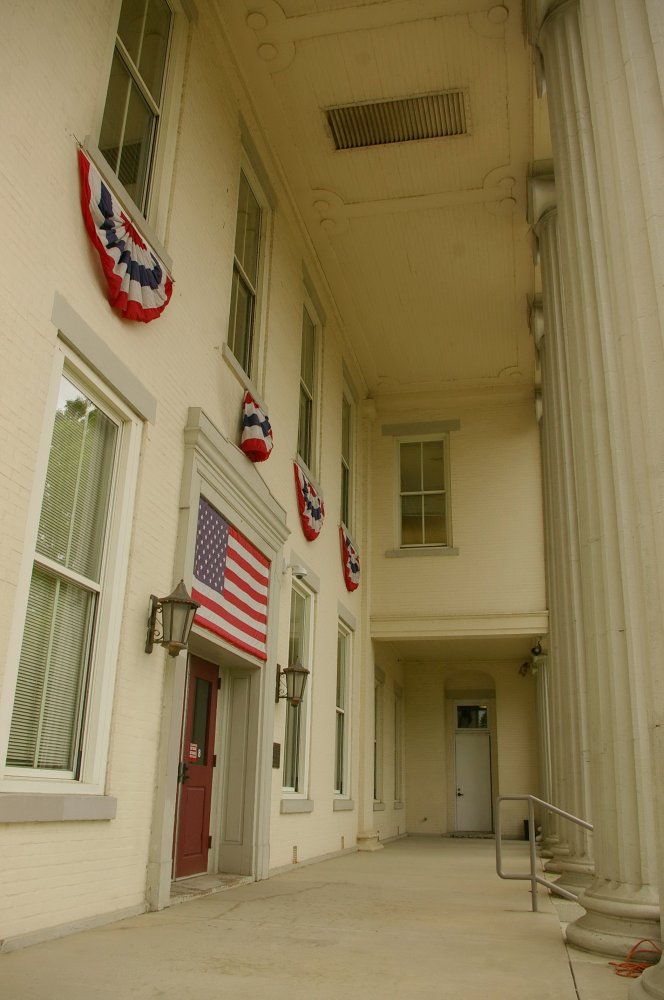