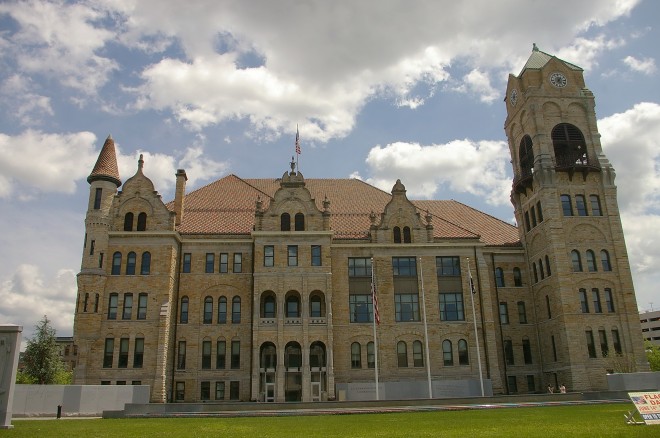 Lackawanna County is named for the Lackawanna River which flows through the county and comes from a Lenni Lenape word meaning “stream that forks”.

Description:  The building faces northwest and is a three story stone structure. The building is located on landscaped grounds. The building is constructed with West Mountain stone and Onondga limestone. There is a large projected square tower at the southwest corner and two smaller projected turret towers on the northeast side. The square tower is very decorative with grillwork and raised and recessed stonework. These towers are repeated at the rear facing Adams Street, but in smaller scale. Three elaborate, almost furniture-like, gables topped with finials decorate the complex roof line. Each gable defines a distinctive facade. The right facade has three massive two-story windows, the middle facade over the entrance has three windows that differ in design on each level, and the left facade built into the turret has smaller similar windows on each level. On the Linden Street side, is a squat, rectangular 1974 annex faced with stone and connected by a covered hallway. The roof is hipped. In 1896 B Taylor Lacey of Scranton designed and constructed the third story. The tower was remodeled in 1929. The building was renovated in 2007 to 2008. The architect was Highland Associates and the contractor was Pace Construction Managers, Inc. The project supervisor was L R Constanzo Company, Inc. 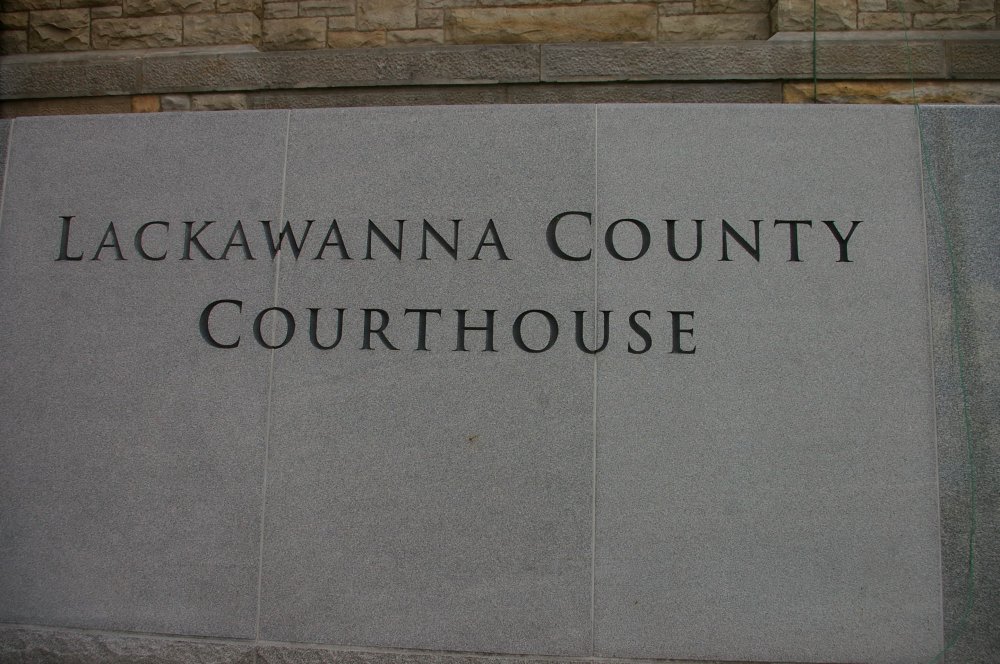 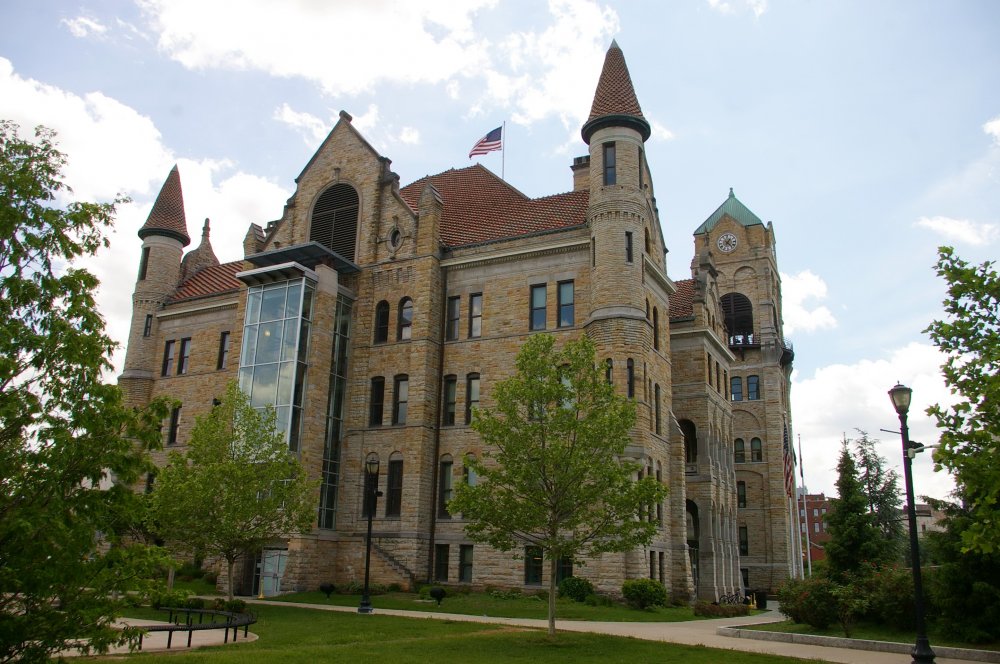 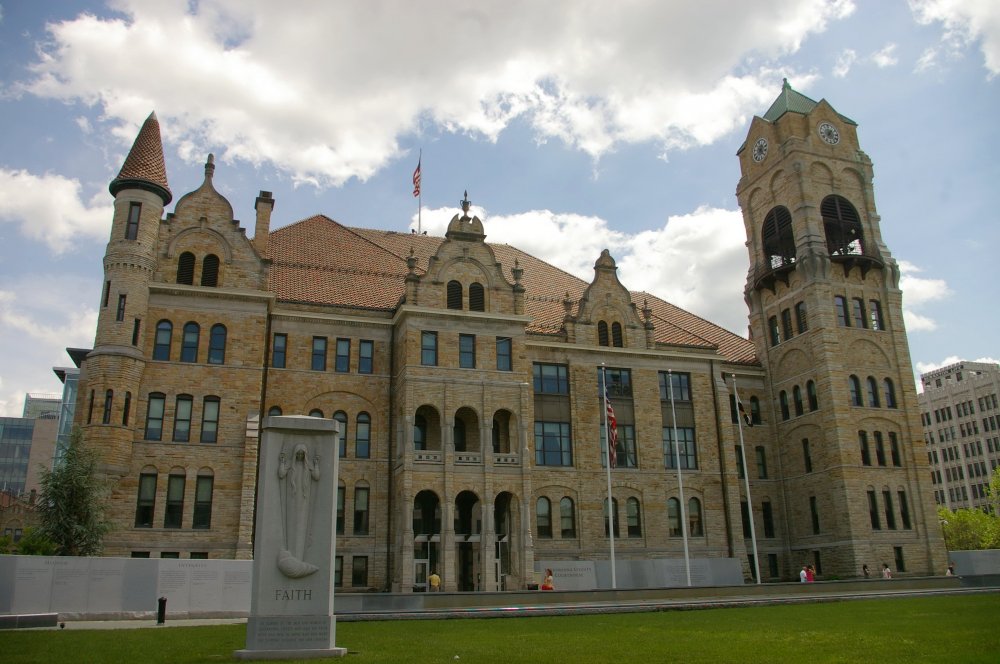 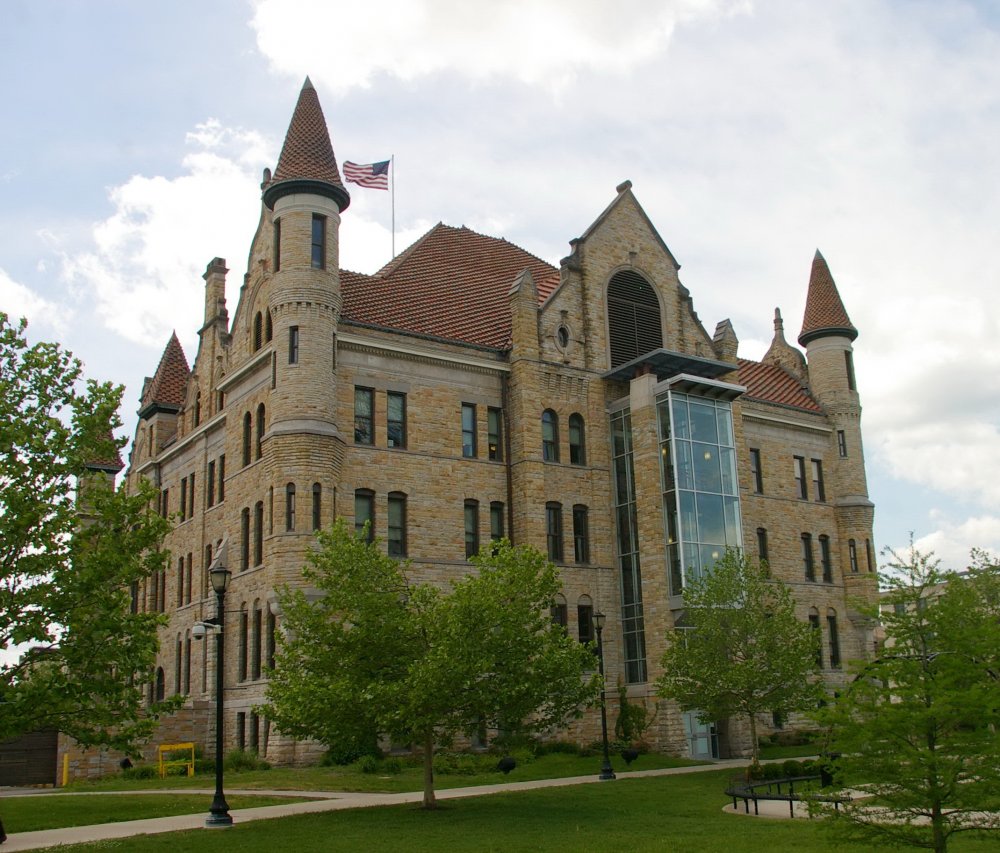 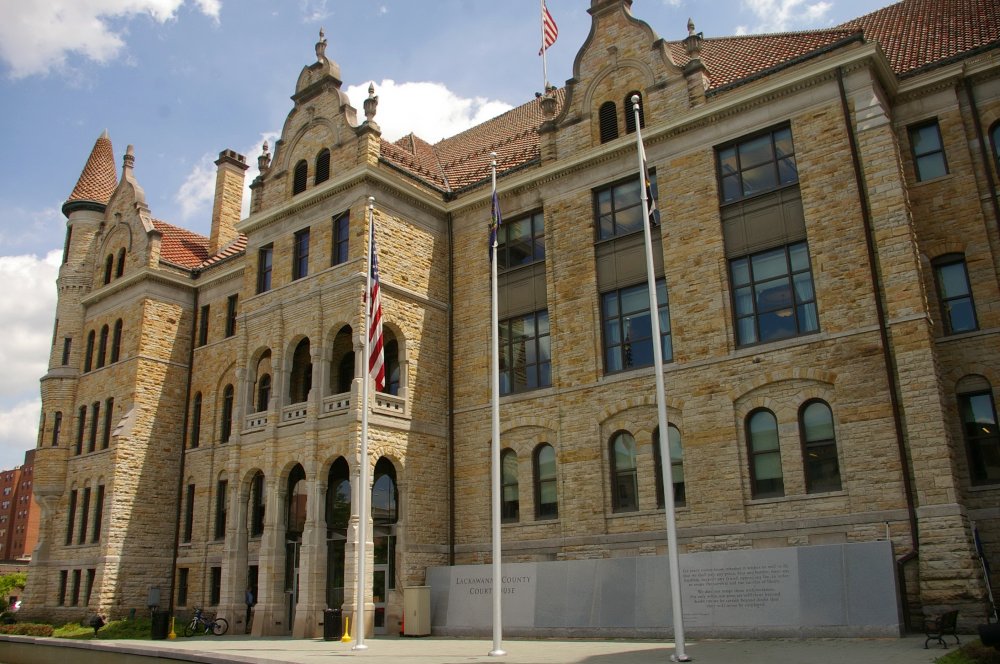 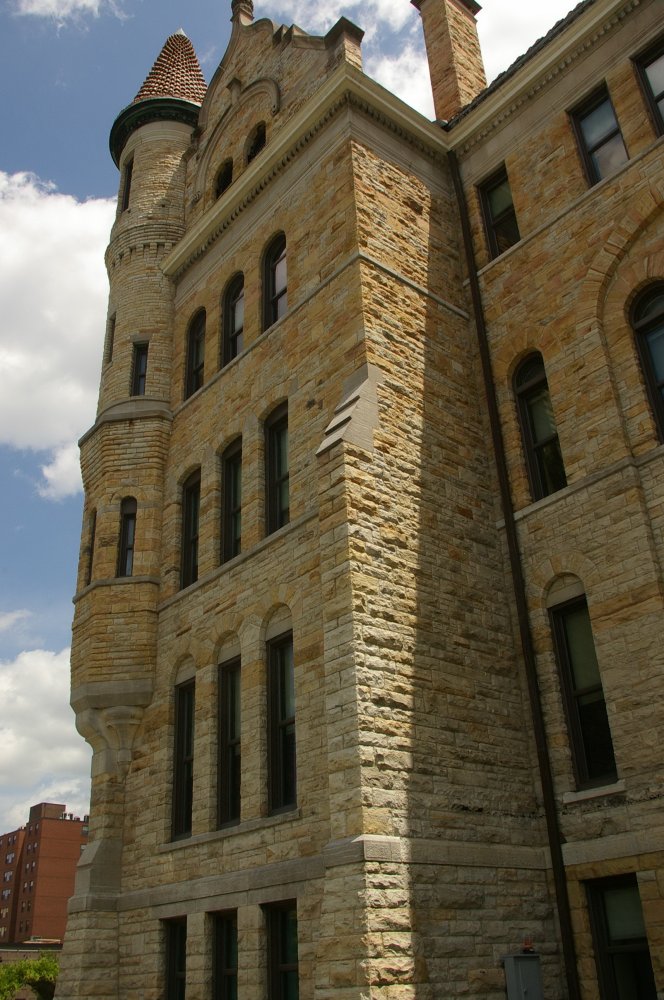 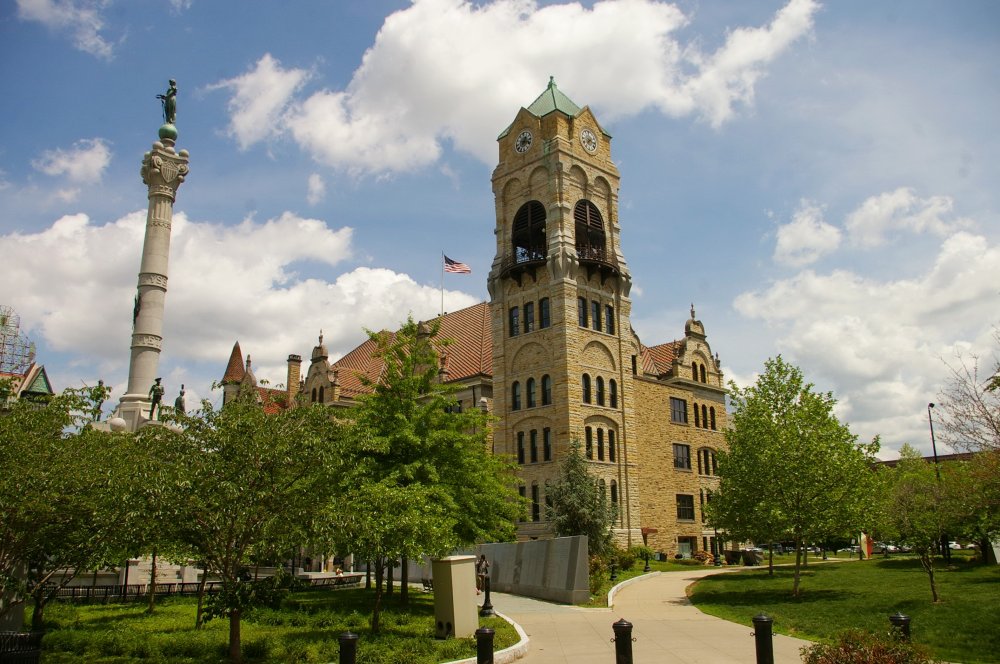 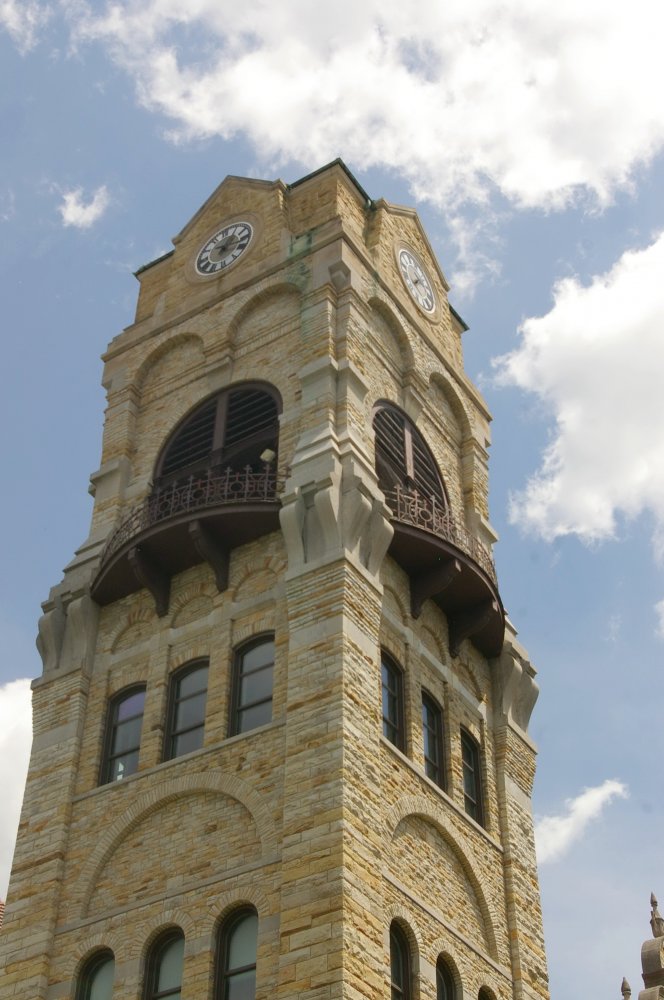 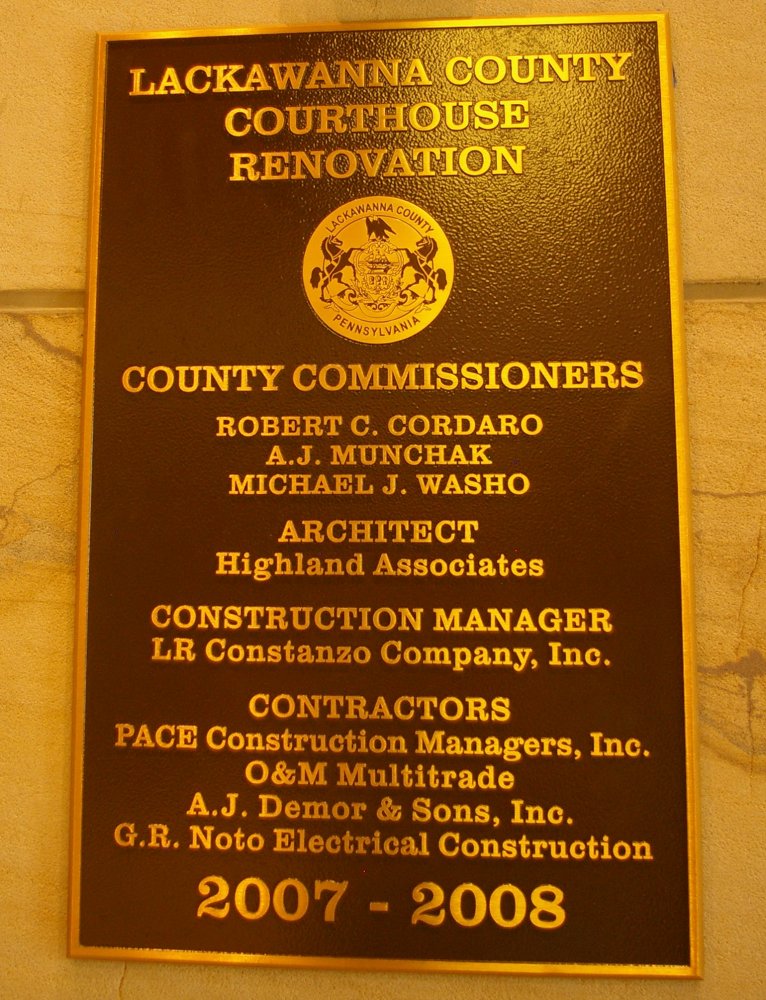