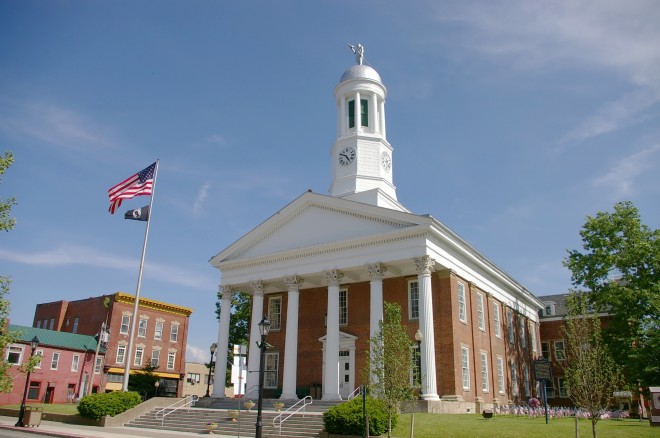 Description:  The building faces north and is a two story red colored brick structure. The north front has a large porch with six white colored columns rising to a pediment. The entrance is framed with white colored wood. On the roof is a tall octagonal cupola with silver colored dome and statue of a native American at the top. An addition was added along the south side in 1880 to form a “T” shape. These additions were replaced with a building constructed in 1988.

See:  The plans of the Fayette County Courthouse in Uniontown were used.

Description:  The building faces north and is a two story log structure. The building now houses the Genealogical  Society. 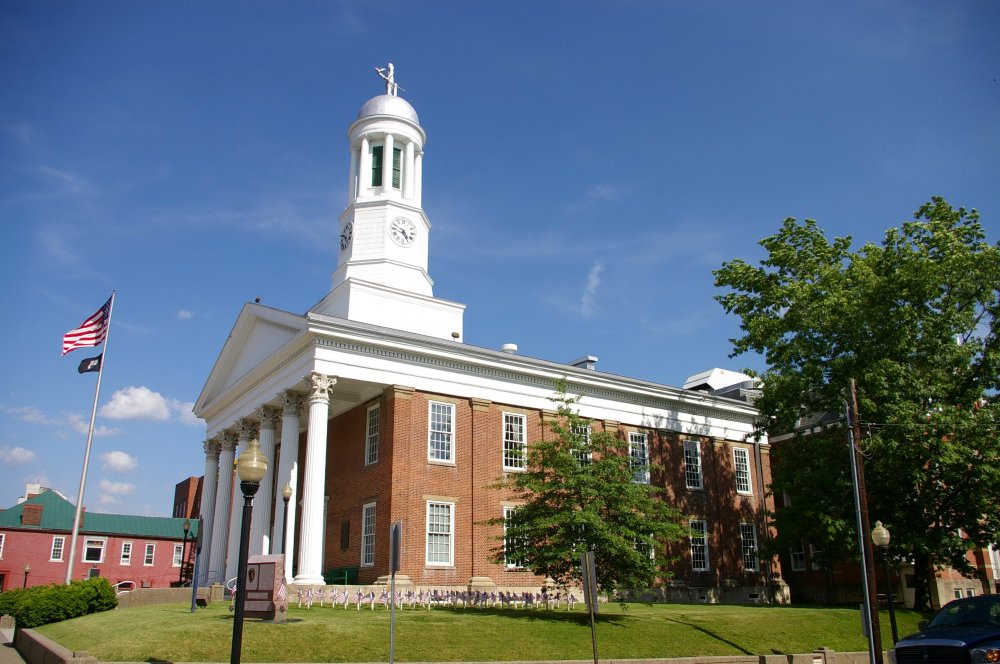 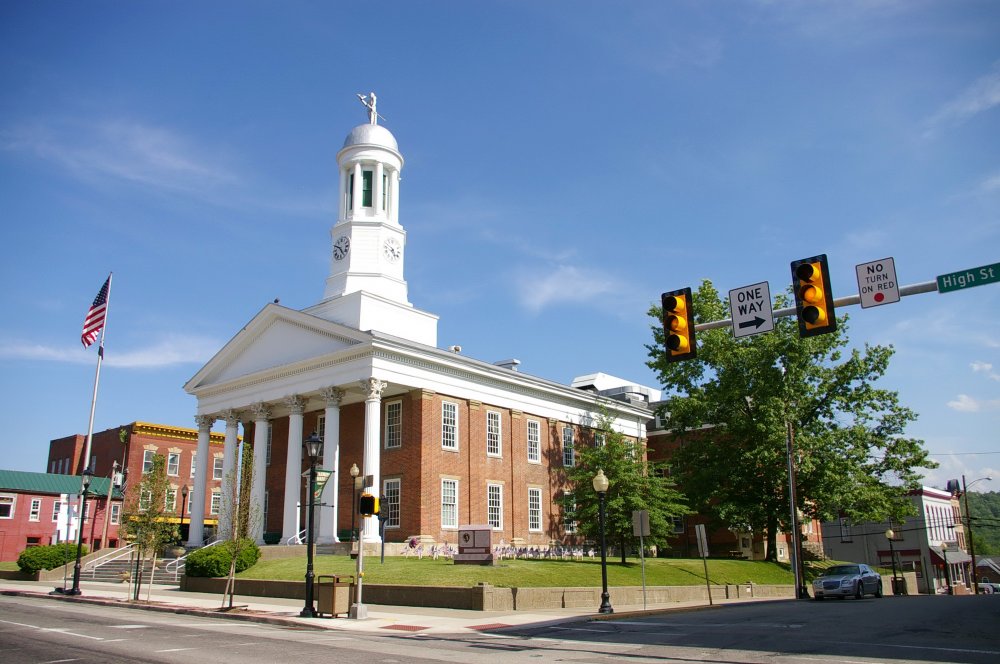 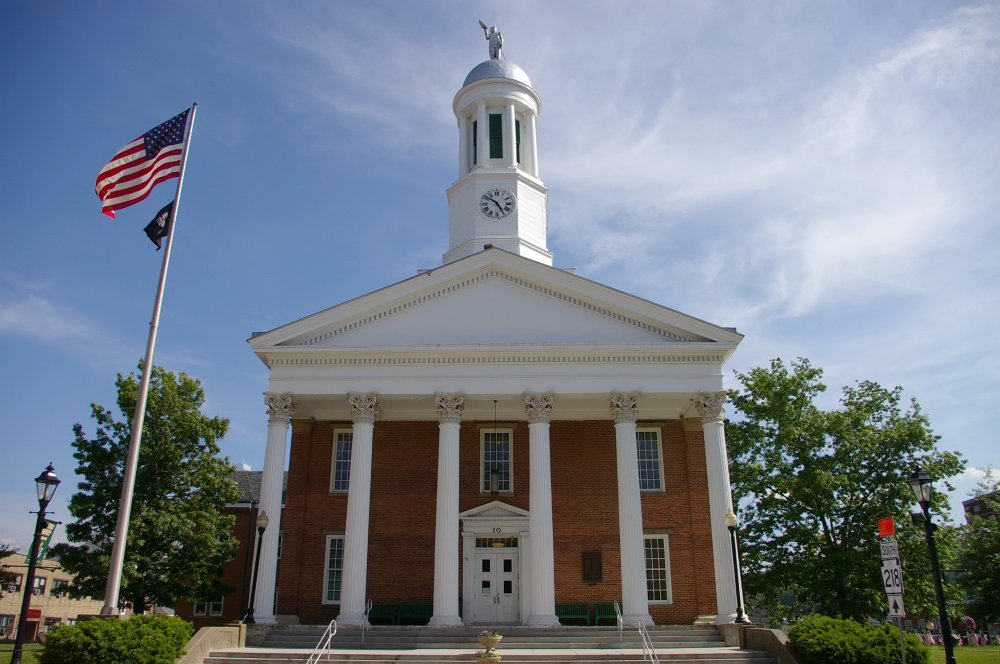 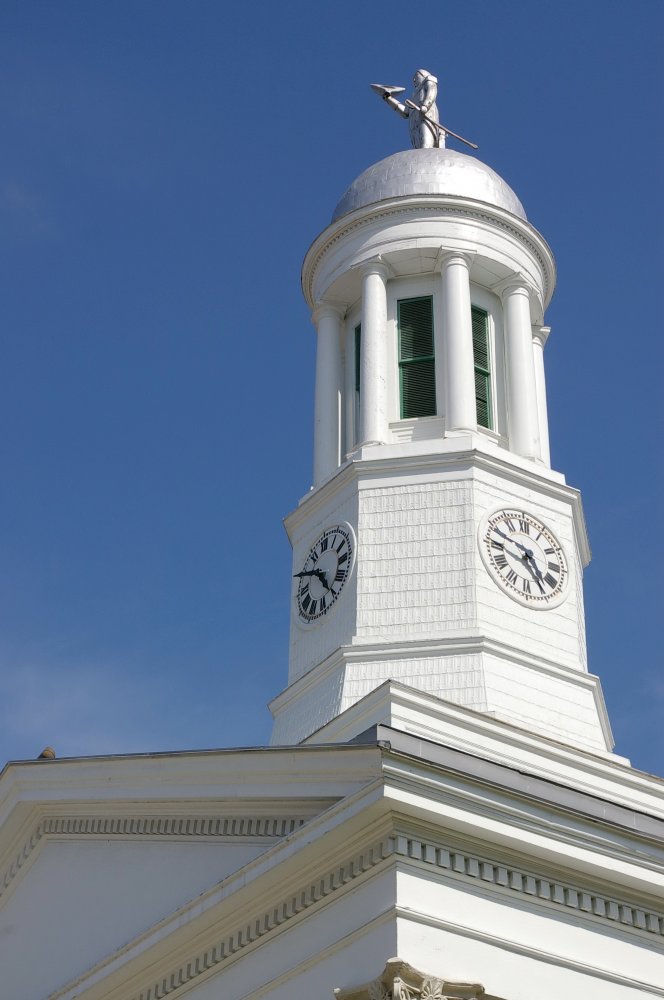 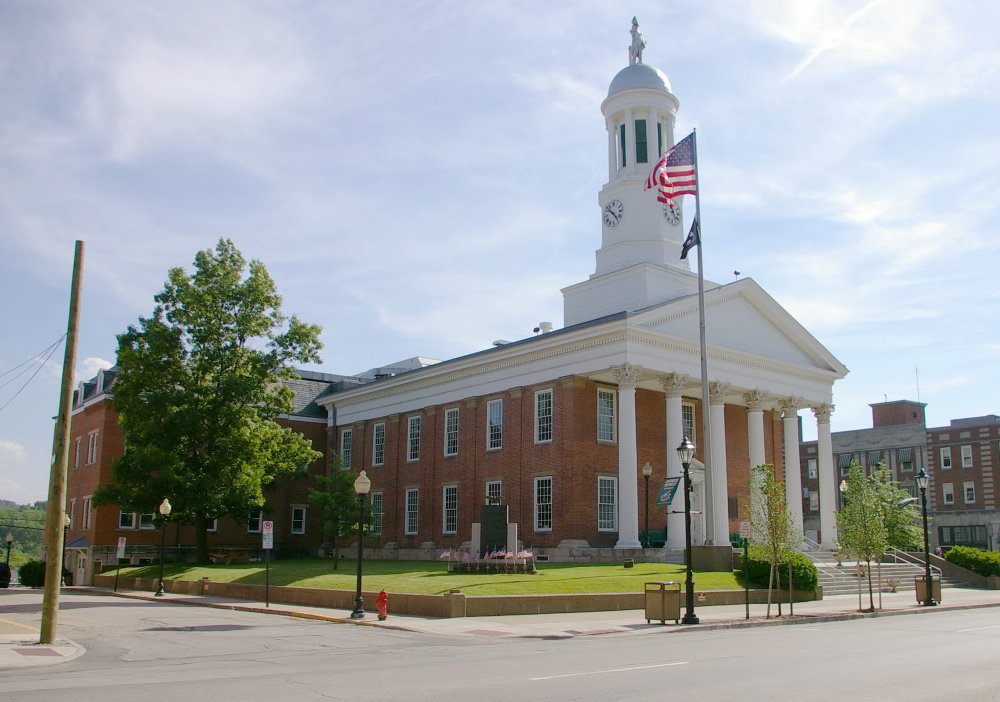