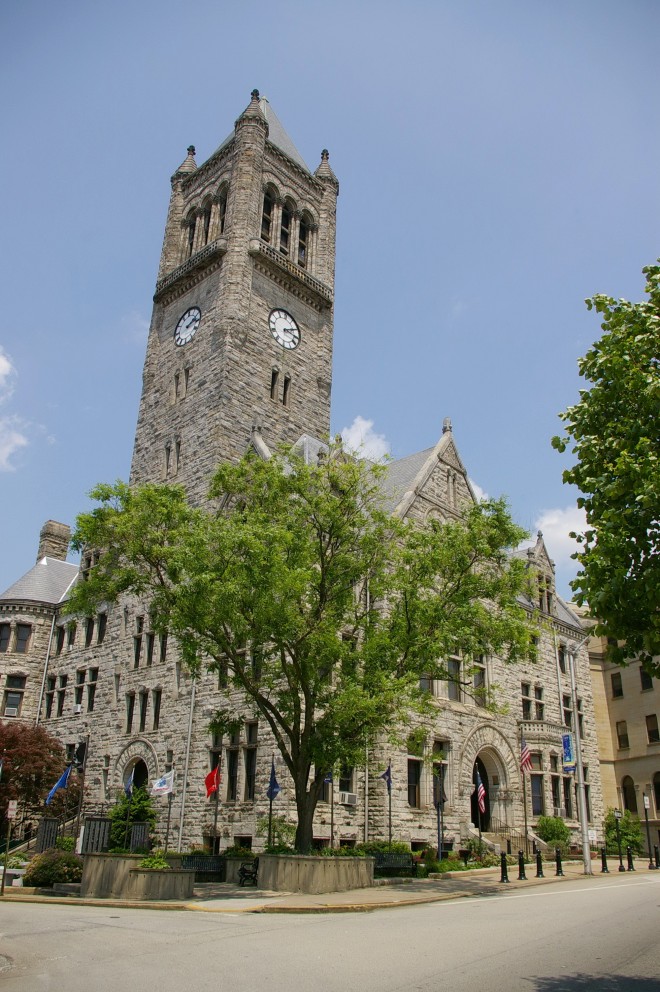 Description:  The building faces west and is a three story rough stone structure. The building is located in the center of Uniontown. The west front has a high square stone clock tower with steep roof at the top. There are towers on the northwest and southwest corners. On the south, west and north sides there is a gable roof line. The roof is hipped. In the interior, murals adorn the wall on the first story. The courtroom has a stained glass dome. In the lobby is an eight-foot wooden statue of La Fayette, carved in 1847 by David Blythe. On the north side is the stone County Jail built in 1890 to 1892 with a connecting bridge on the second story. Description:  The building faces south and is a four story buff stone and concrete structure. The building located in the center of Uniontown and is attached to the courthouse on the west side. The roof line is flat.