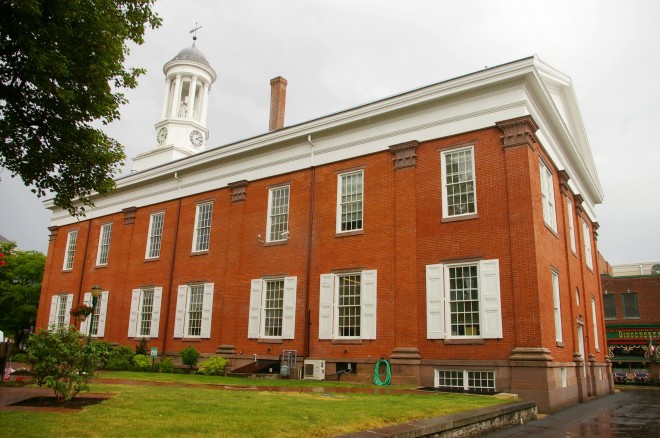 Cumberland County is named for the County of Cumberland in England.

Description:  The building faces east and is a two story red colored brick and wood structure. The east front of the rectangular building has a high portico with four sandstone Corinthian columns rising to a pediment. Above the pediment is a high white colored wood clock tower with open columns and gray colored dome at the top.  The first story has white colored shutters. The roof is hipped. The building was renovated in 1880 and the contractor was J F Yeingst and J P Brindle. The building was renovated in 1991. The architect was Crabtree, Rohrbaugh and Associates and the contractor was J E Hurley Company, Inc.

Note:  The first court was held in Widow Piper’s Tavern in Shippensburg in 1750. The first courthouse was built in 1765 in Carlisle and was destroyed by fire on March 24, 1845. 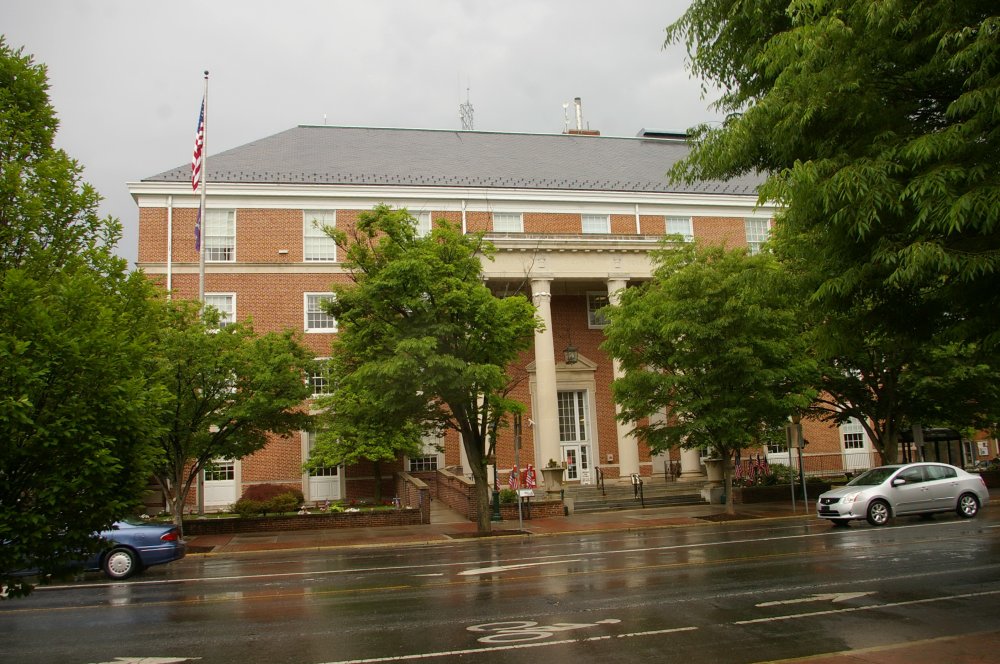 Description:  The building faces west and is a four story red colored brick and concrete structure. The west front has a central portico with four columns rising to the top of the third story. A horizontal band runs between the third and fourth stories. The roof is hipped. The east wing was designed by John M Kostecky Jr. and Associates and constructed by R S Mowery and Sons, Inc. in 1988. 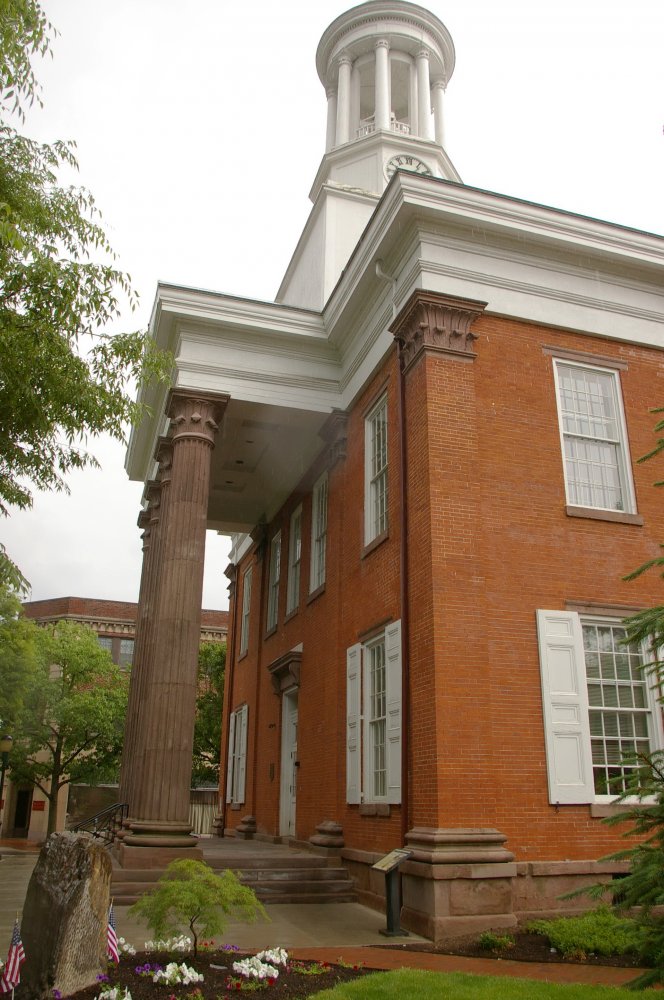 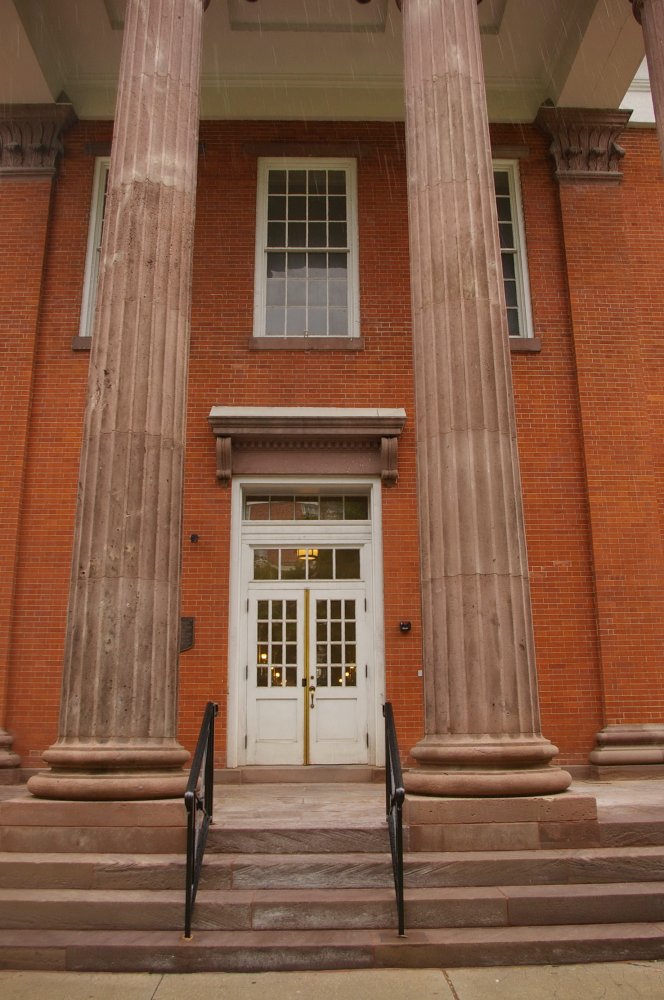 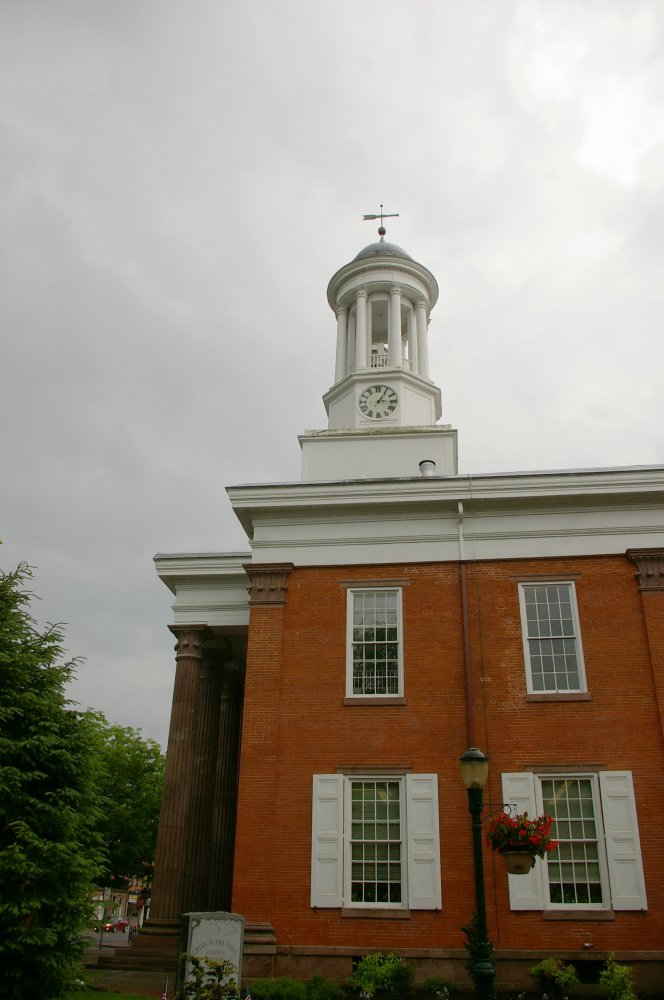 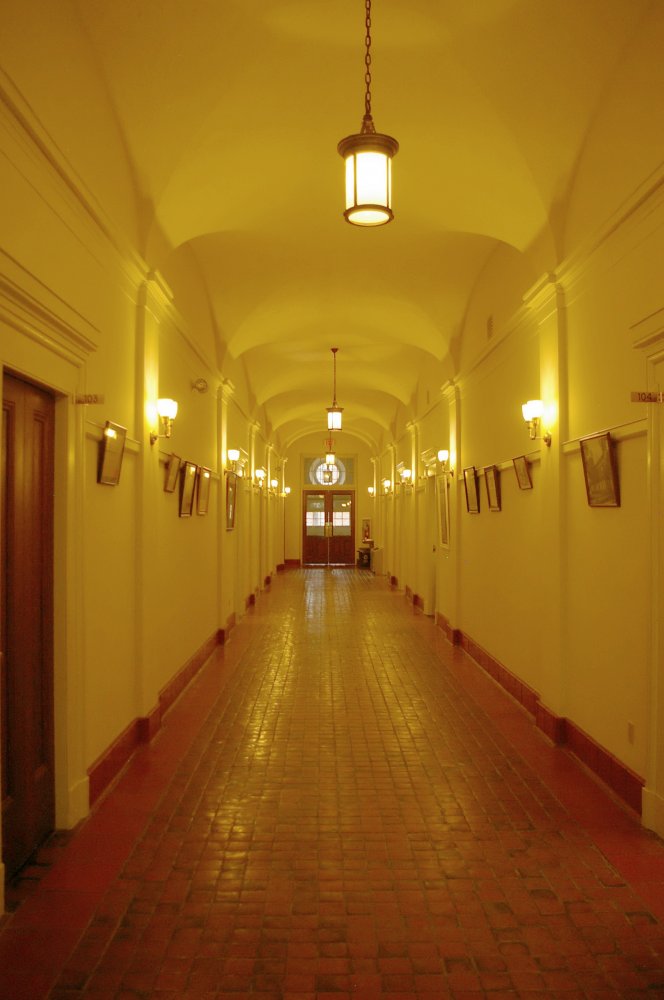 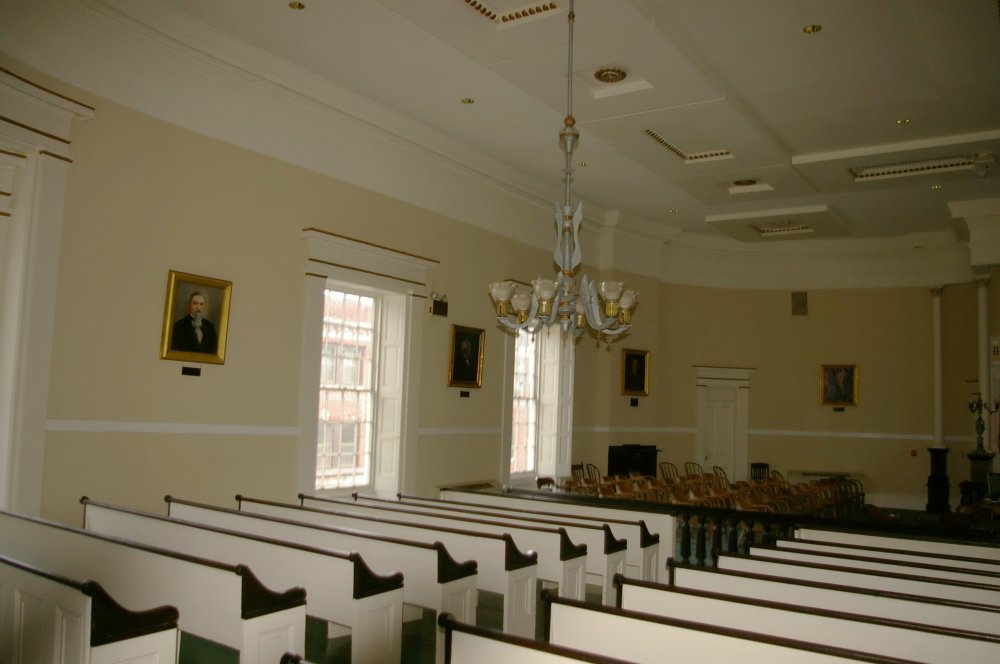 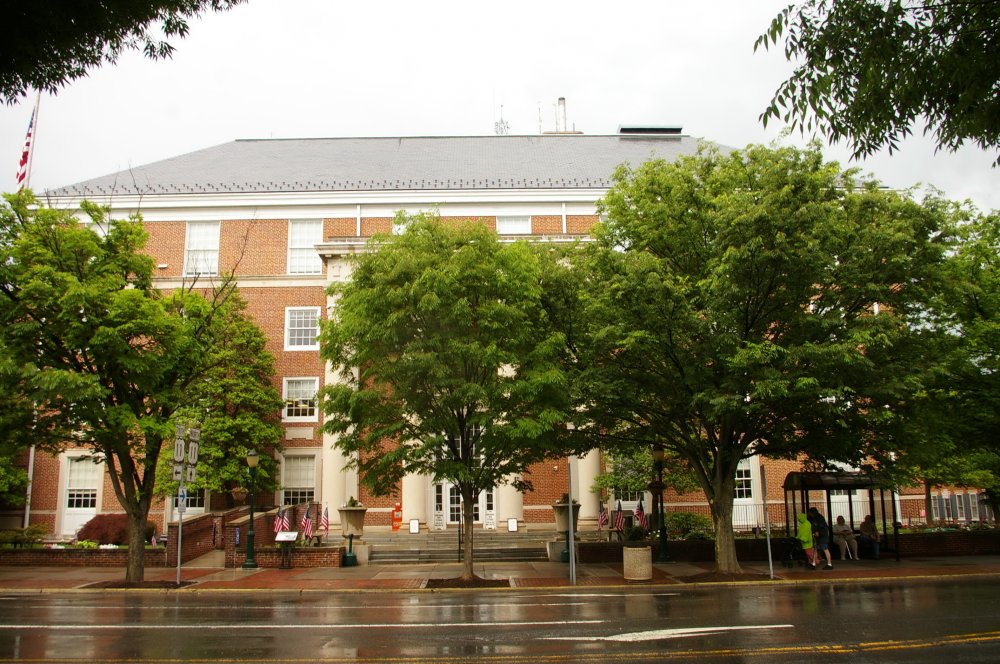 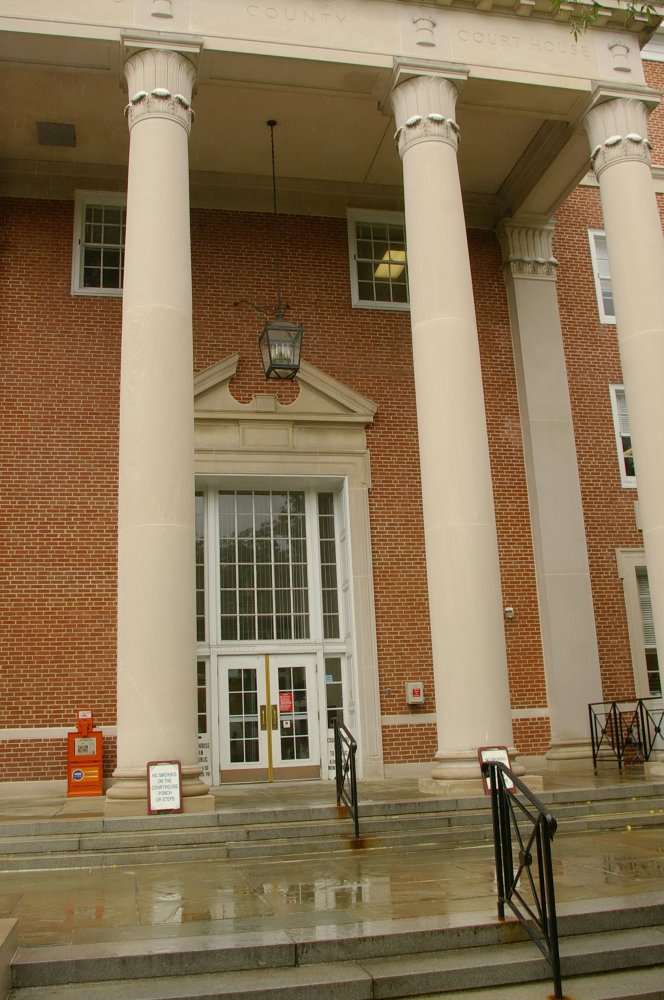 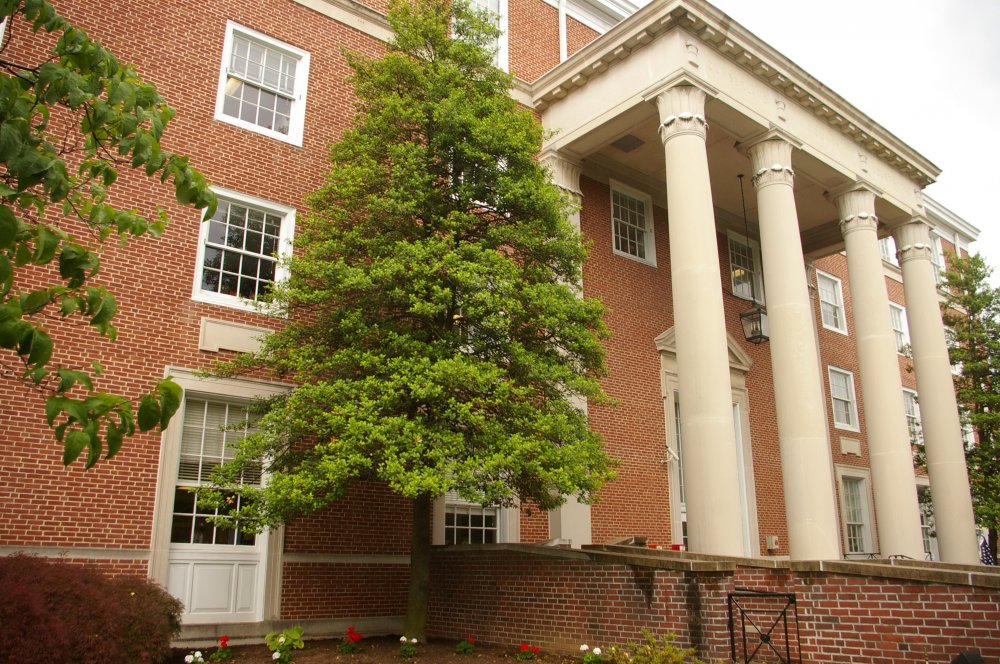