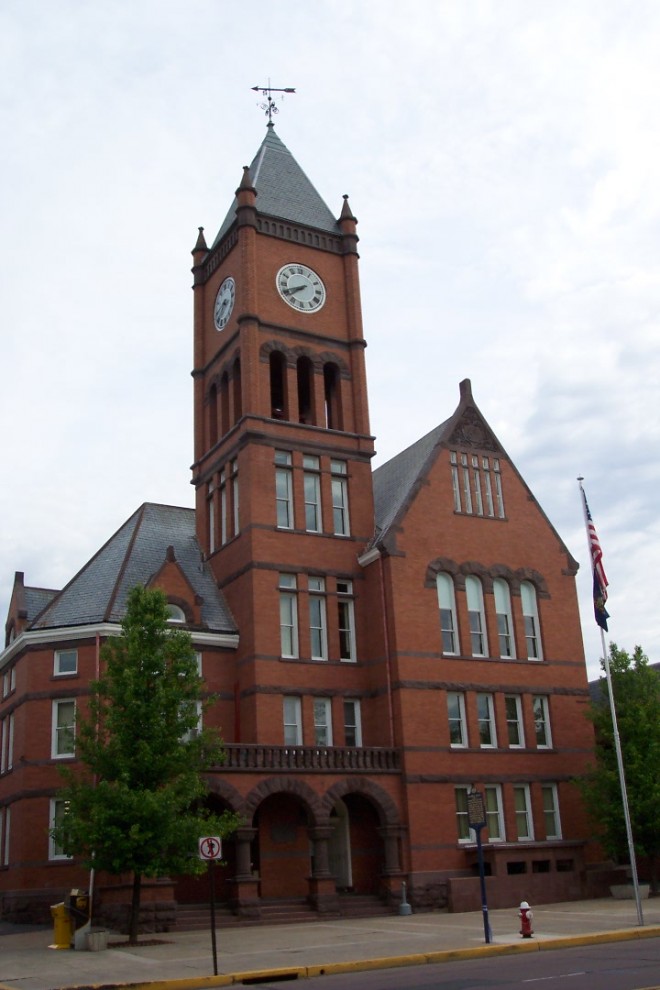 Columbia County is named for “Columbia”, a poetic name for the United States of America that alludes to Christopher Columbus.

Description:  The building faces south and is a three story dark red colored brick structure. The south front consists of three sections, a projecting bay on the east, a large square brick tower in the center rising six story with clock and a half octagon on the west side. There is a small arched porch over the entrance in the centre section. The roof is hipped. The 1890 addition was a major reconstruction of the existing building.

Note:  The original courthouse was designed by Napoleon LeBrun in 1848 and an addition was added to the rear in 1868. The present courthouse resulted when a large addition was constructed on the front of the building. 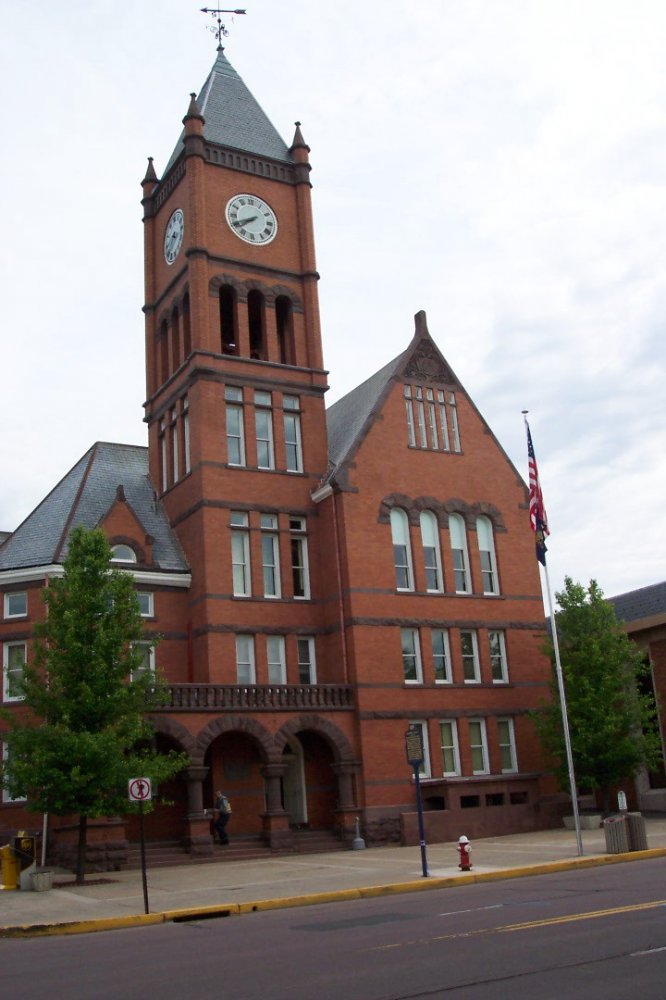 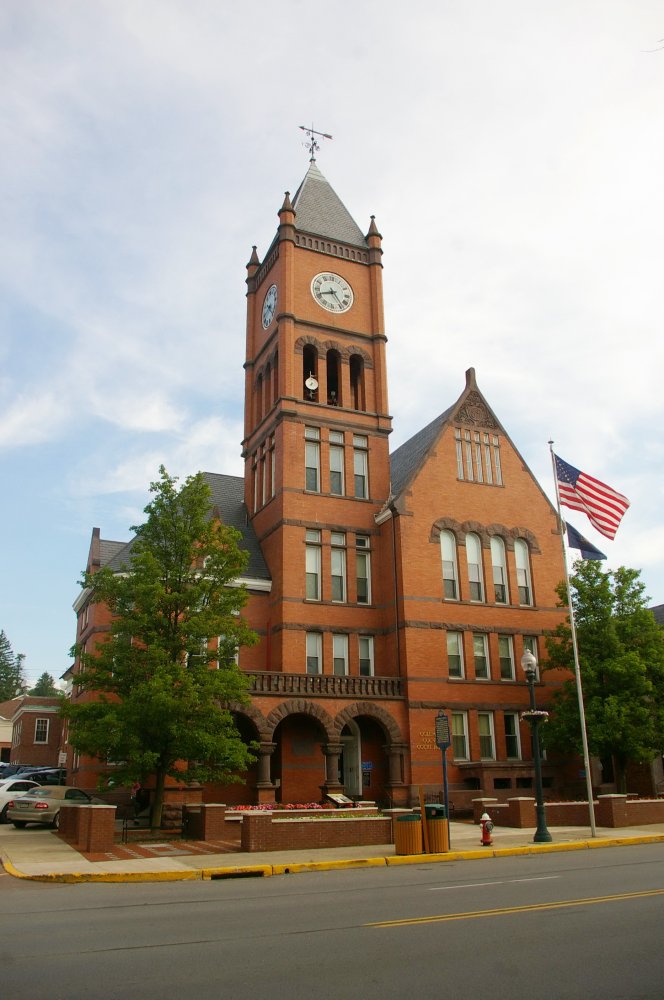 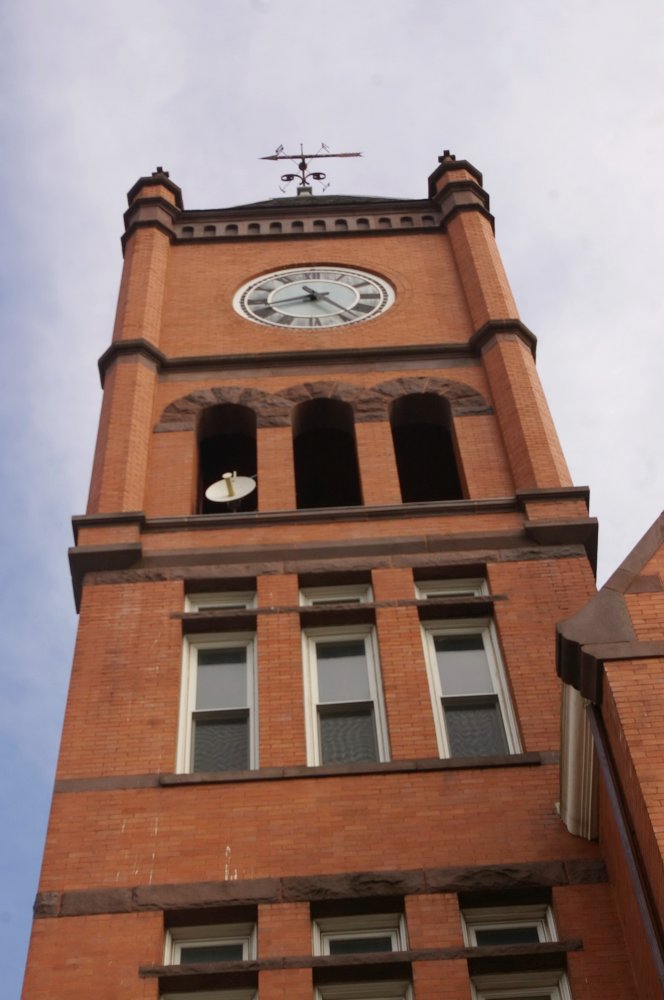 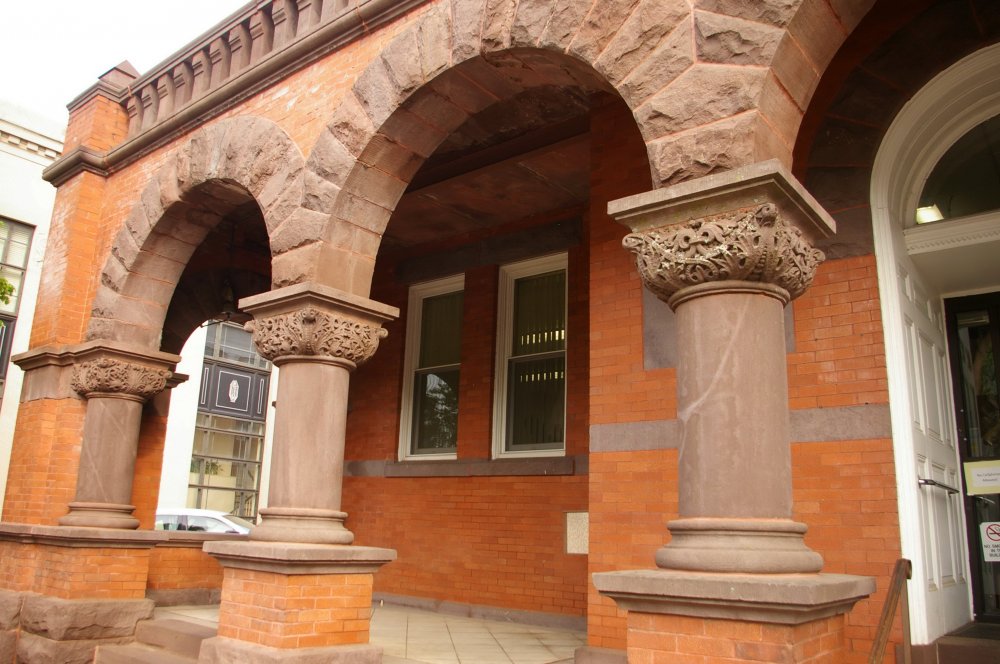 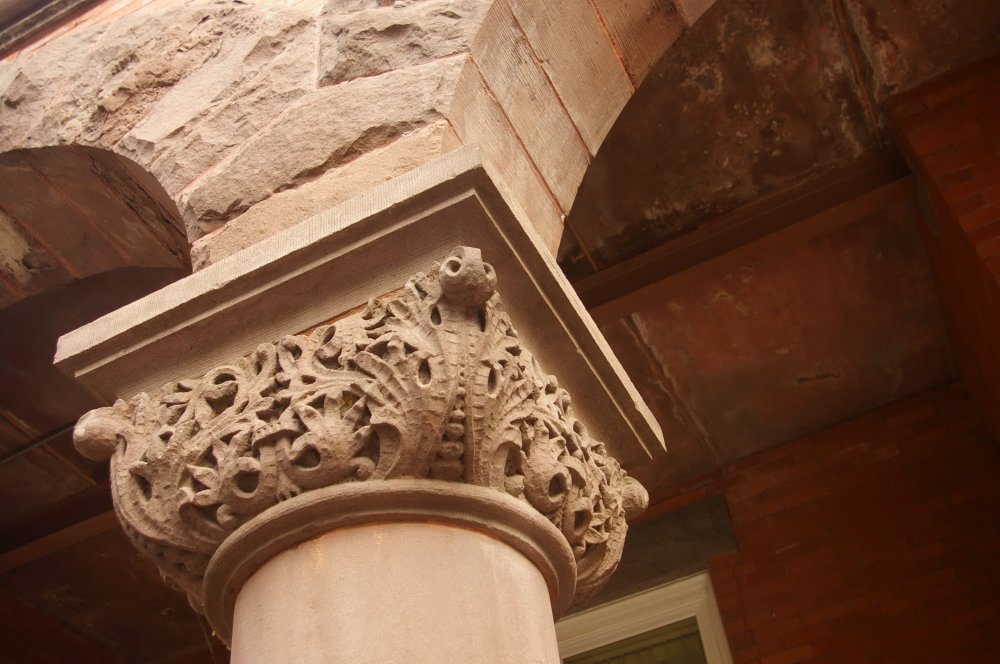 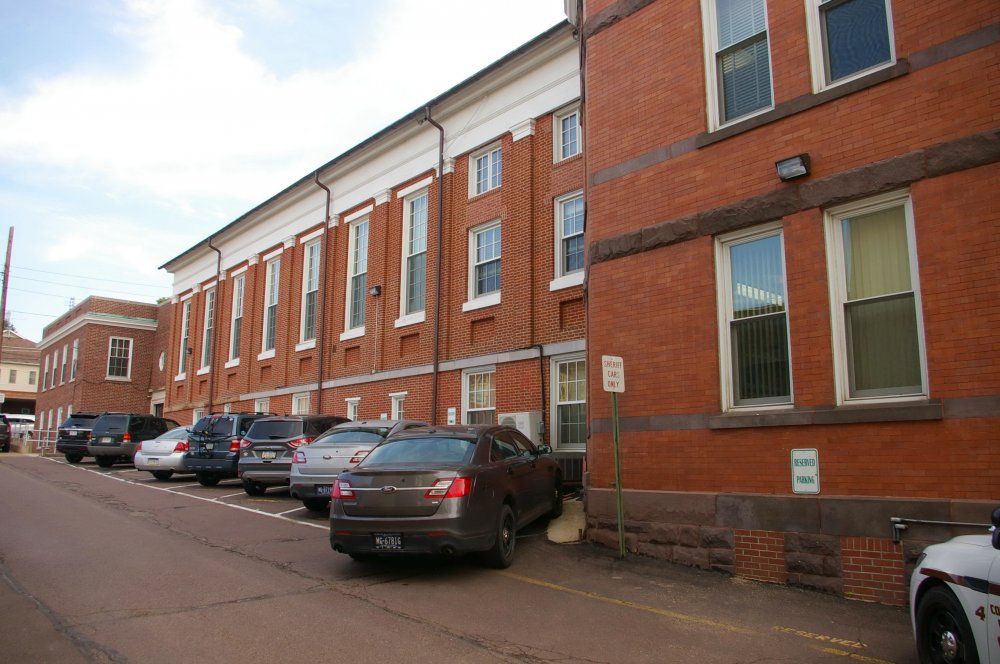 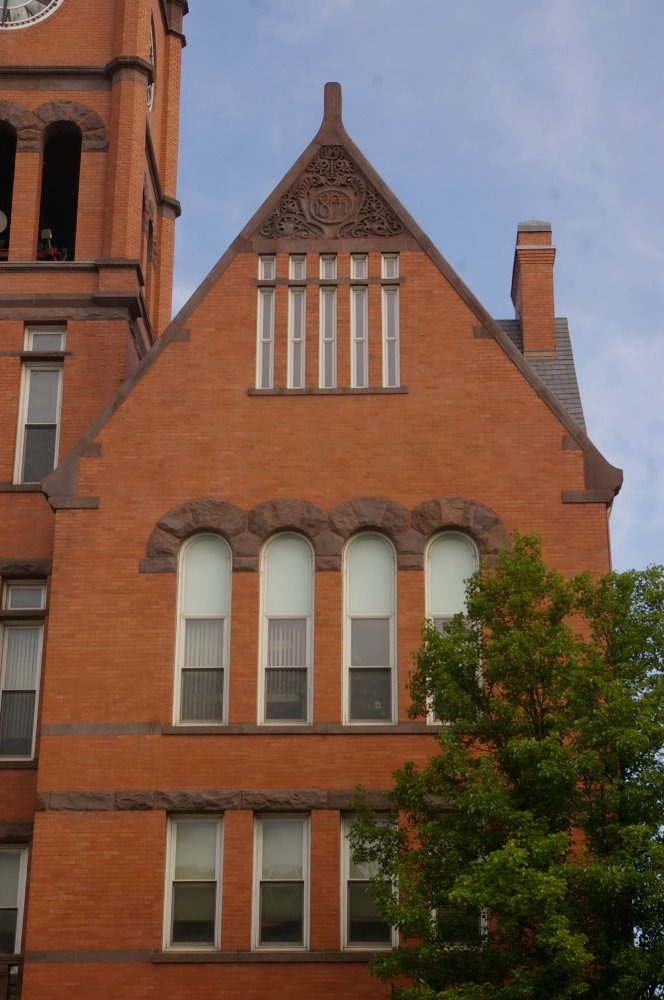 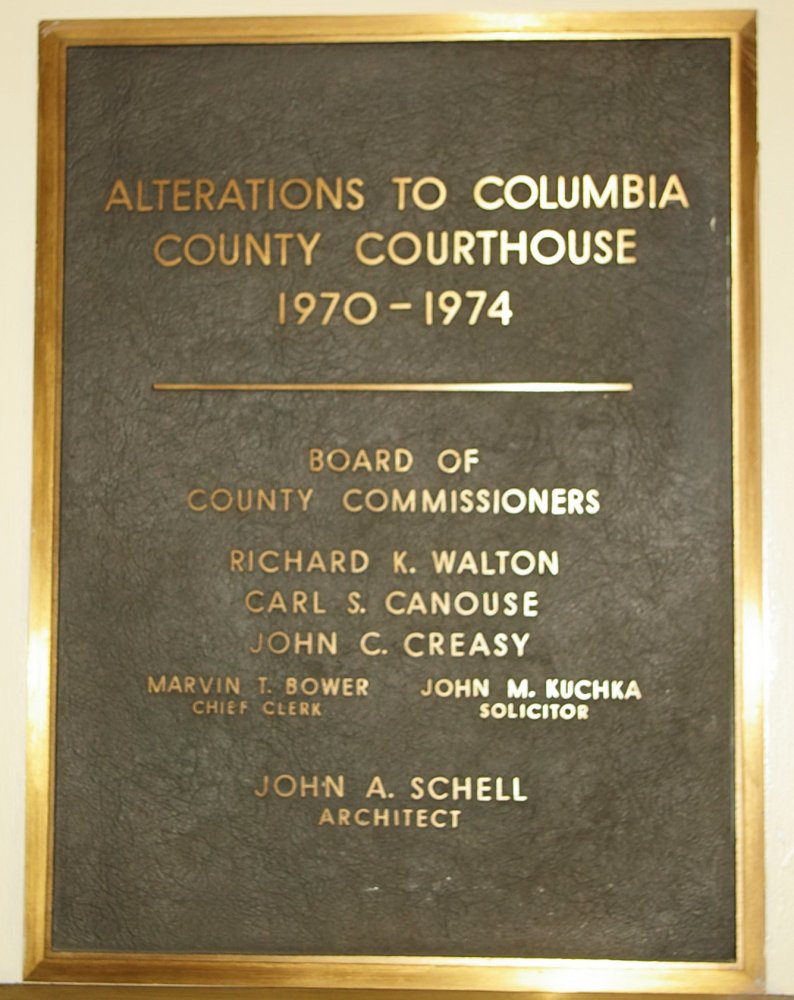 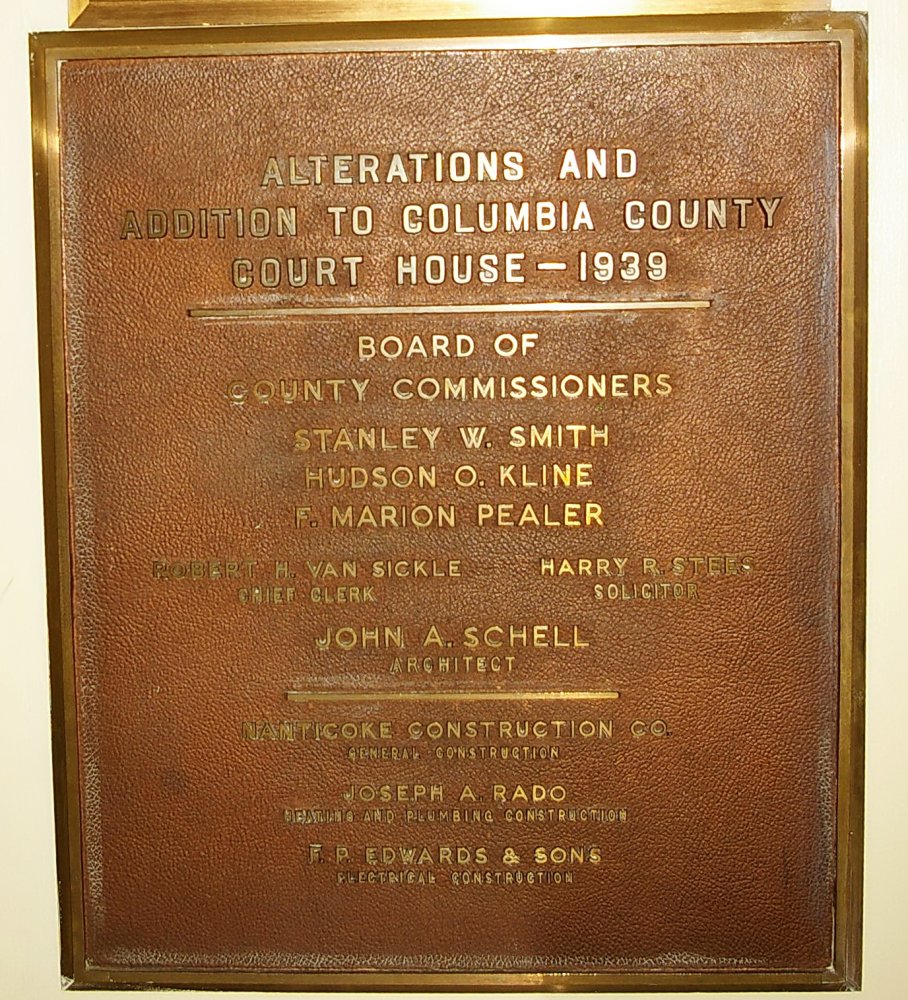 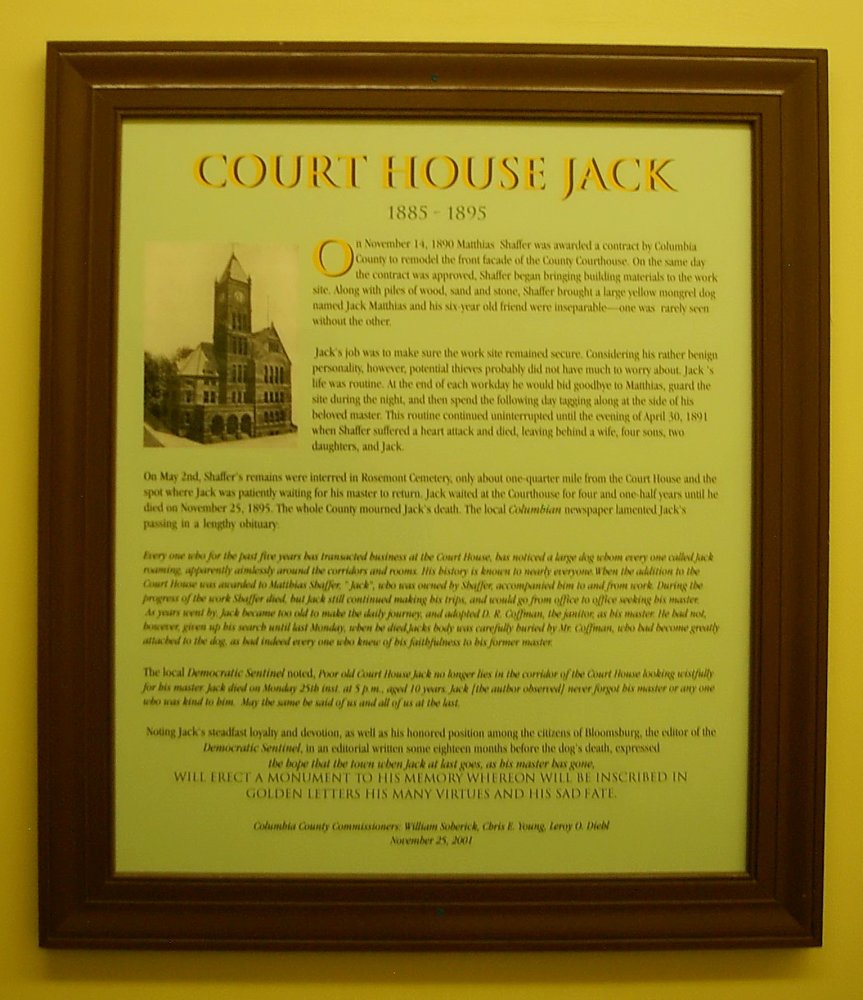