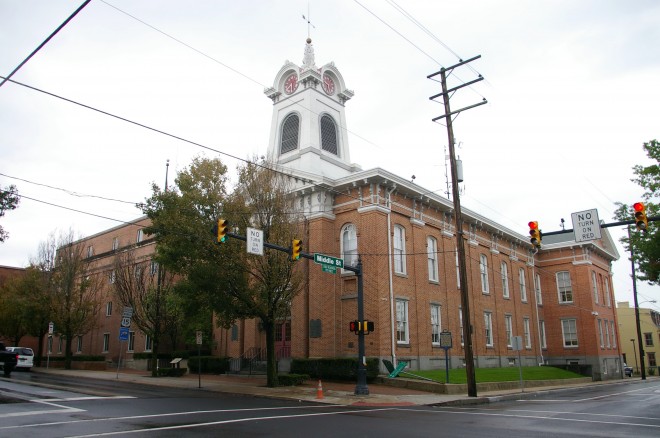 Adams County is named for John Adams, who was the second President of the United States of America.

Description: The building faces east and is a two story red colored brick and wood structure. The building is a mixture of styles, a flat Federal front under a classical pediment and rather unusual tower. A large clock tower extends approximately twenty-seven feet above the roof and approximately seventy feet above ground level. The tower is topped by a hooded roof with decorative trim above. Brackets and projecting eaves characterized the roof trim of the clock tower. There is extensive decorative bracketing under the eaves. The protruding section at the back was added in 1906 giving the structure a “T” shape. The architect was Hammee & Leber and the contractor was Merville E Stallsmuth. The new courthouse is connected on the south side to the 1906 addition. The buildings are also connected by an open walkway. The architect was Stephen Decatur Button of Philadelphia and the contractor was John R Turner of Carlisle. The building was restored in 1963. 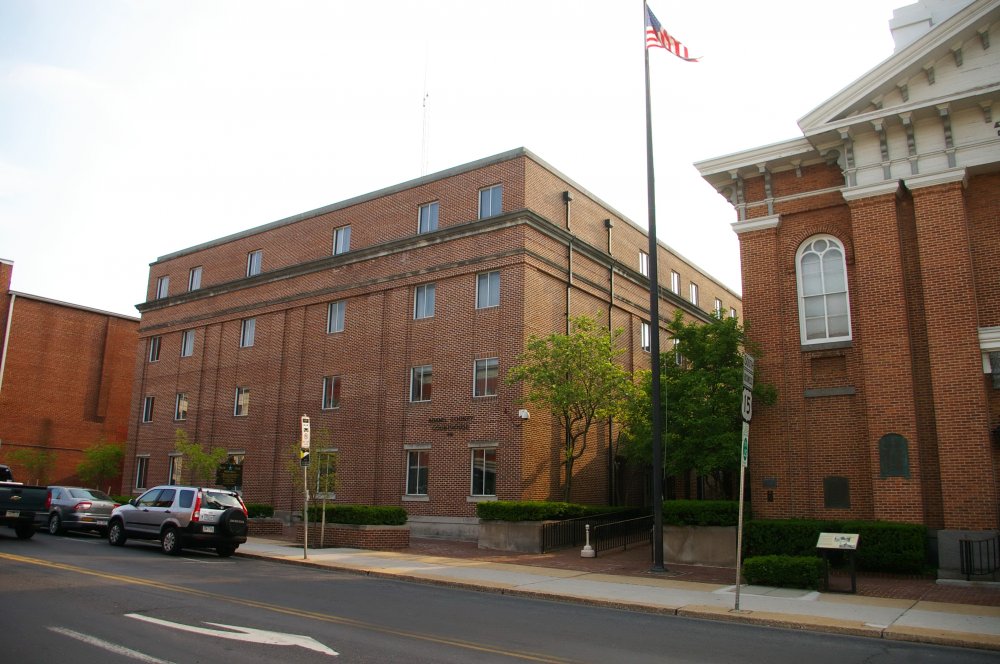 Architect:  Rodgers and Frederick and Clifton E Rodger and Associates 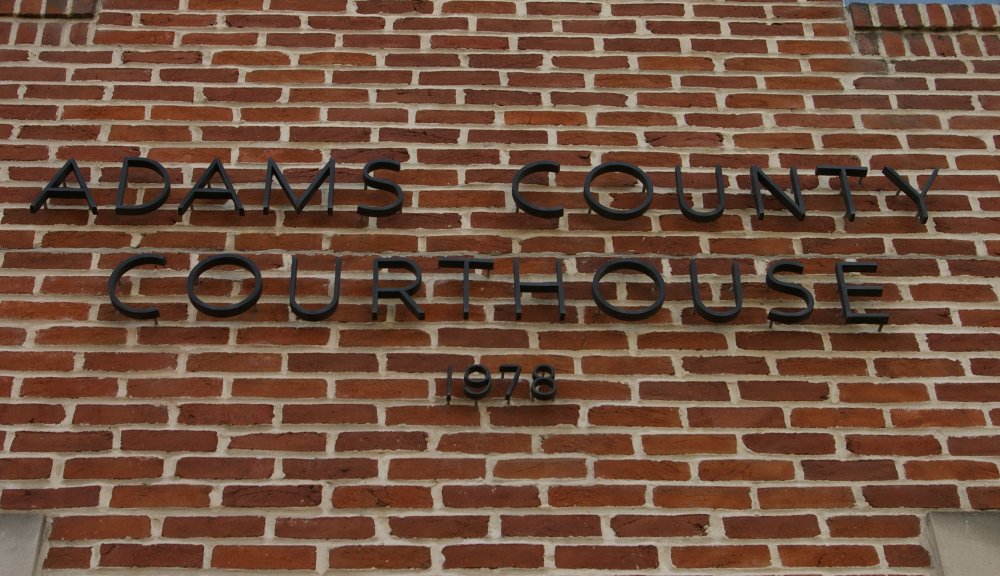 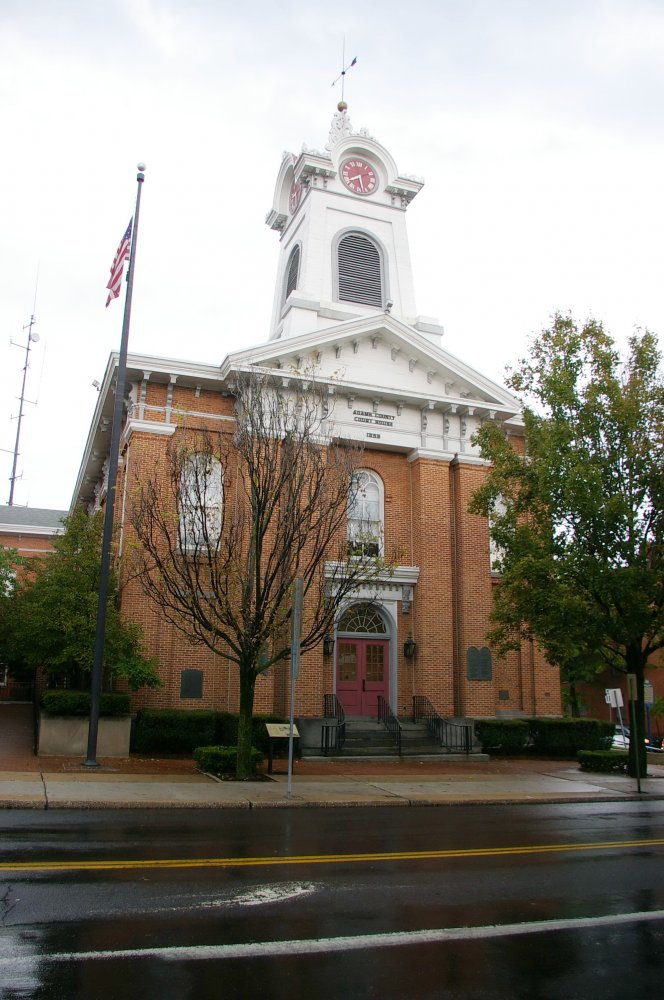 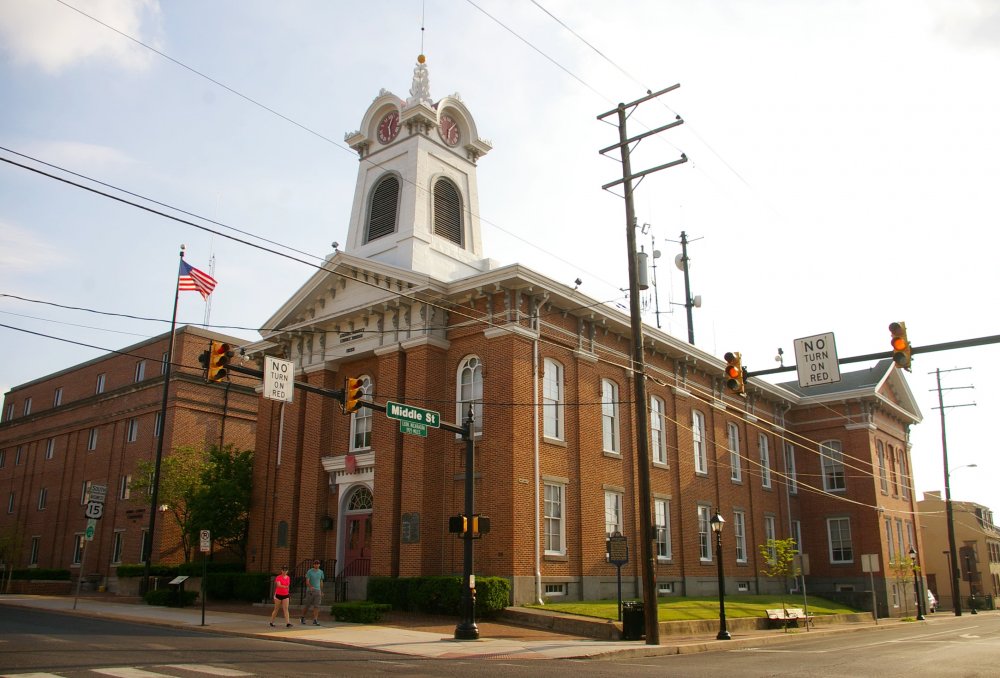 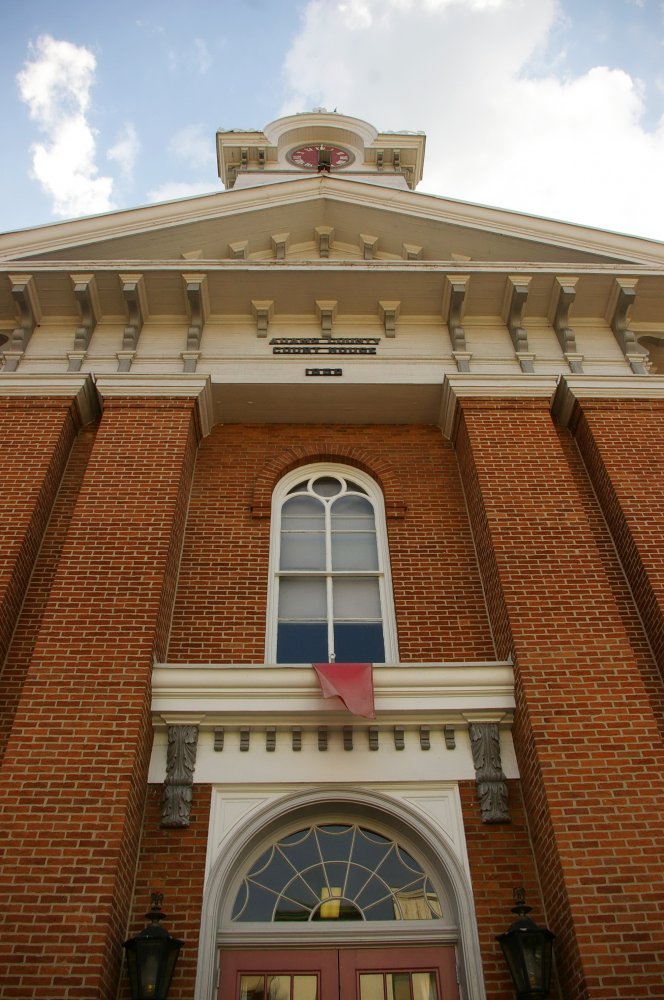 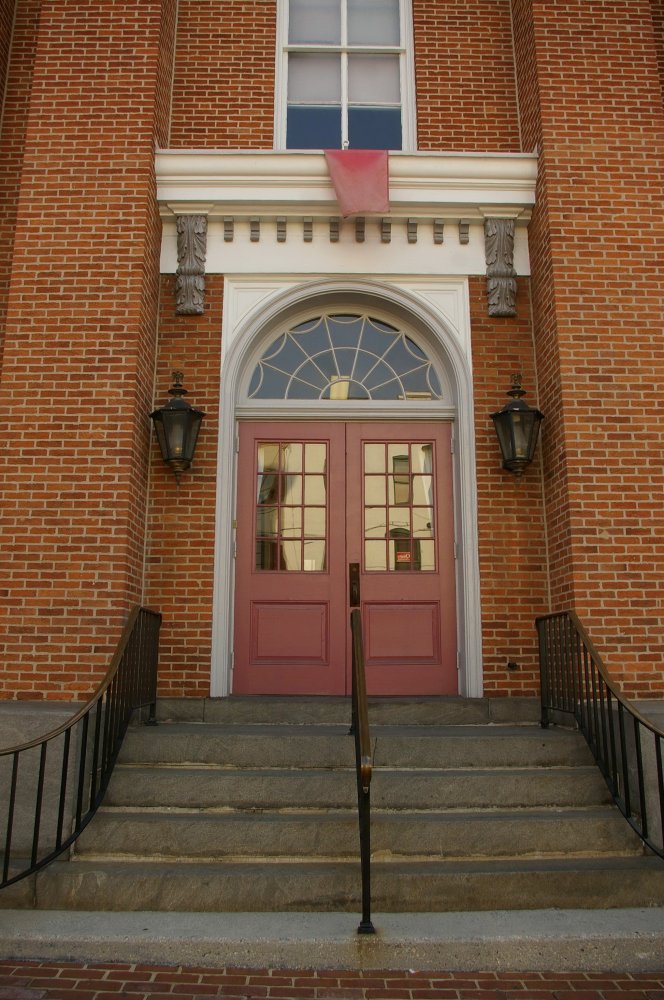 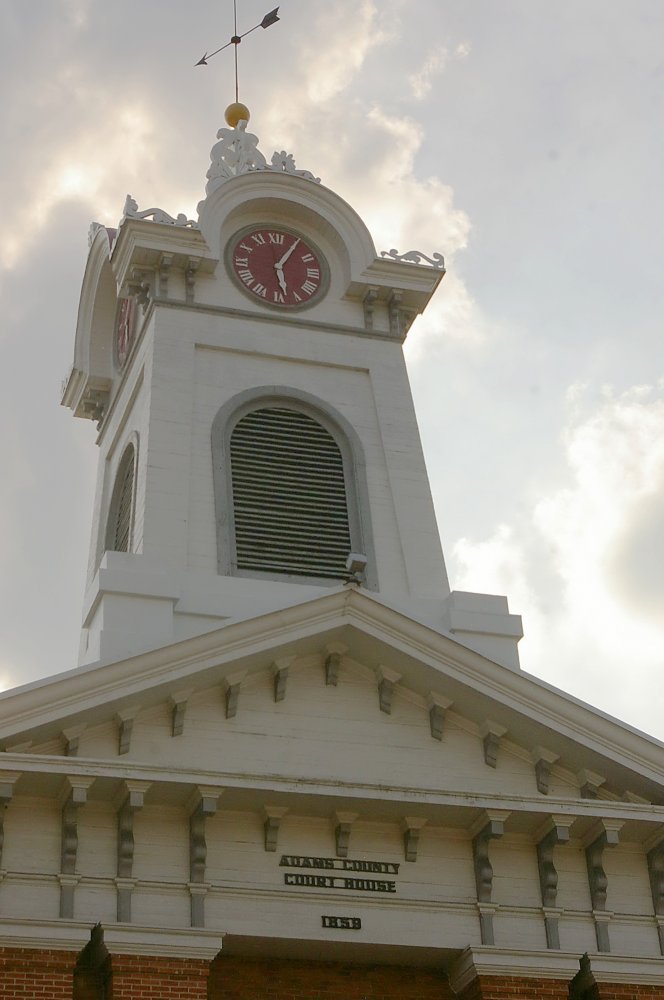 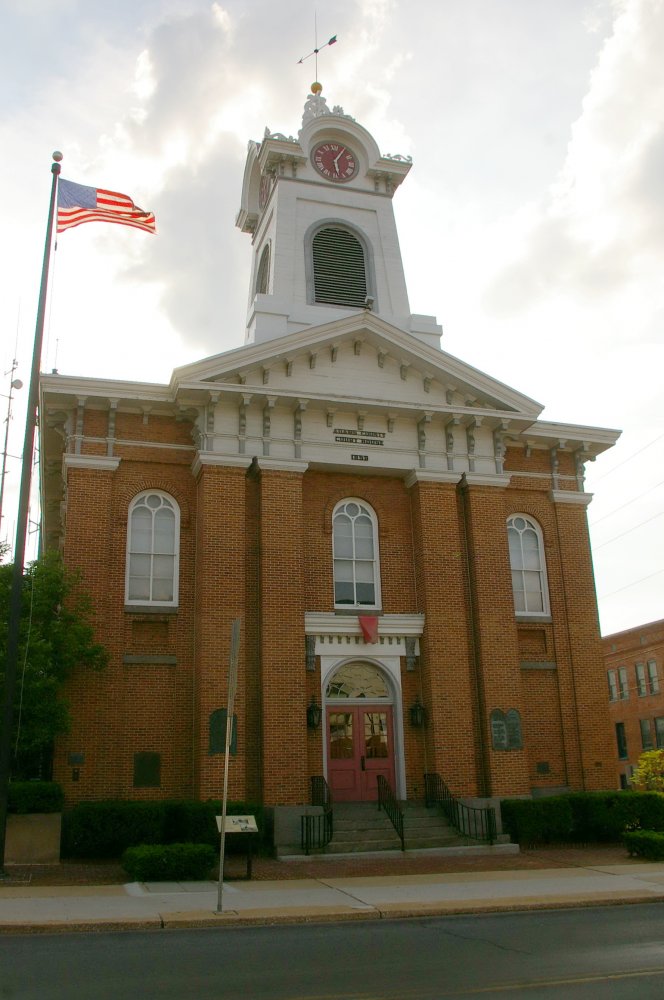 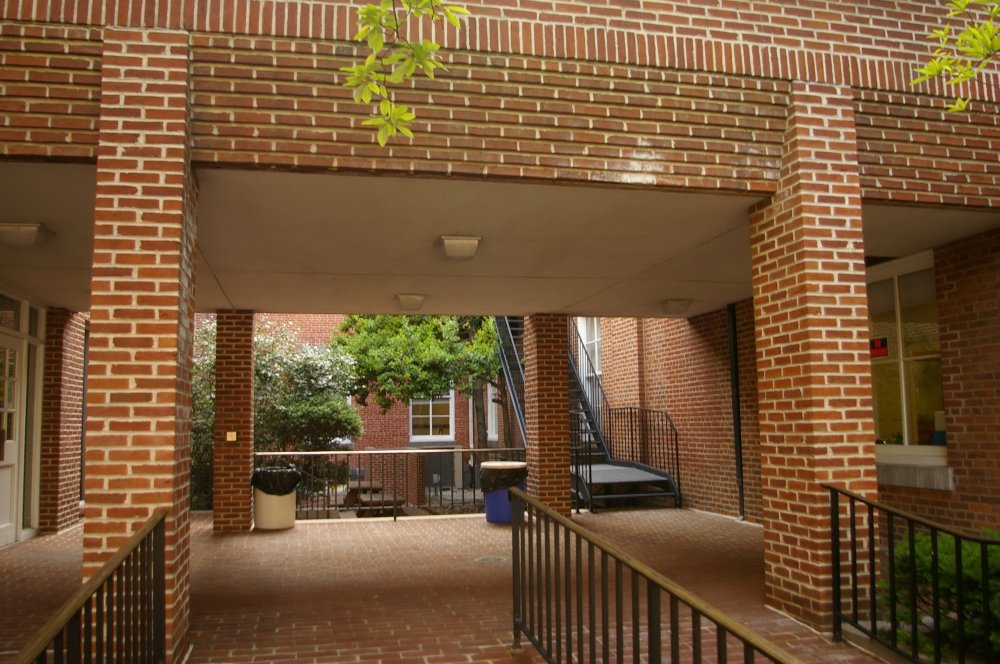 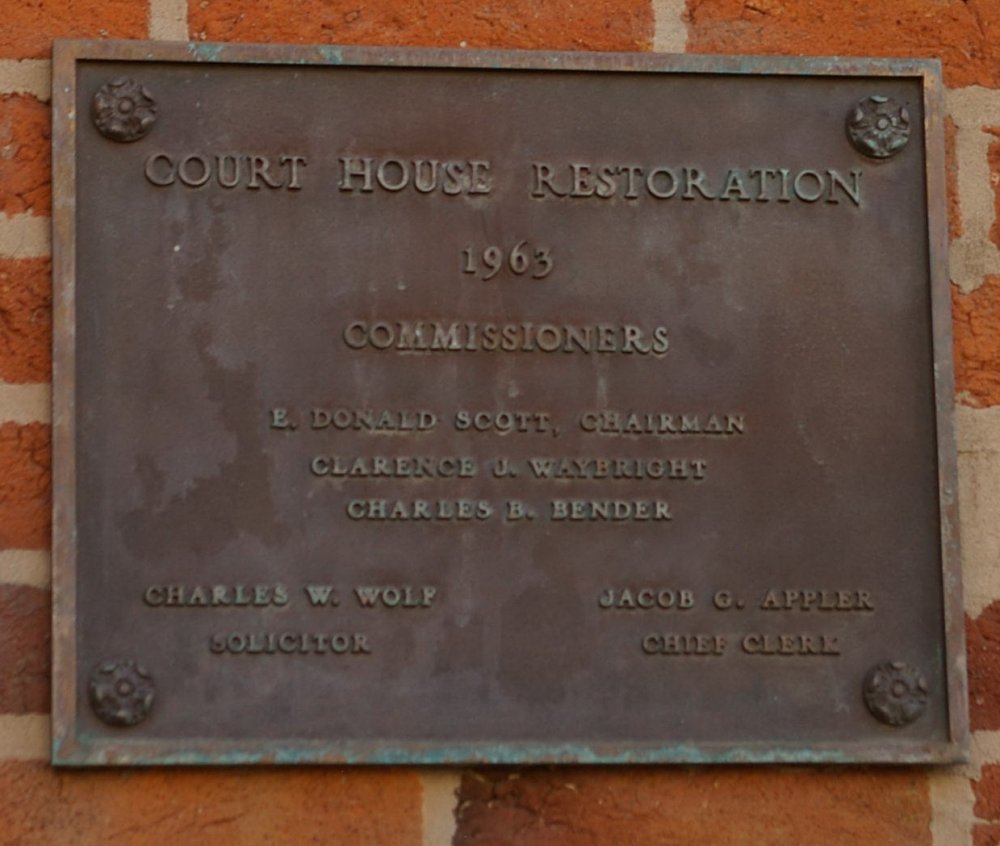 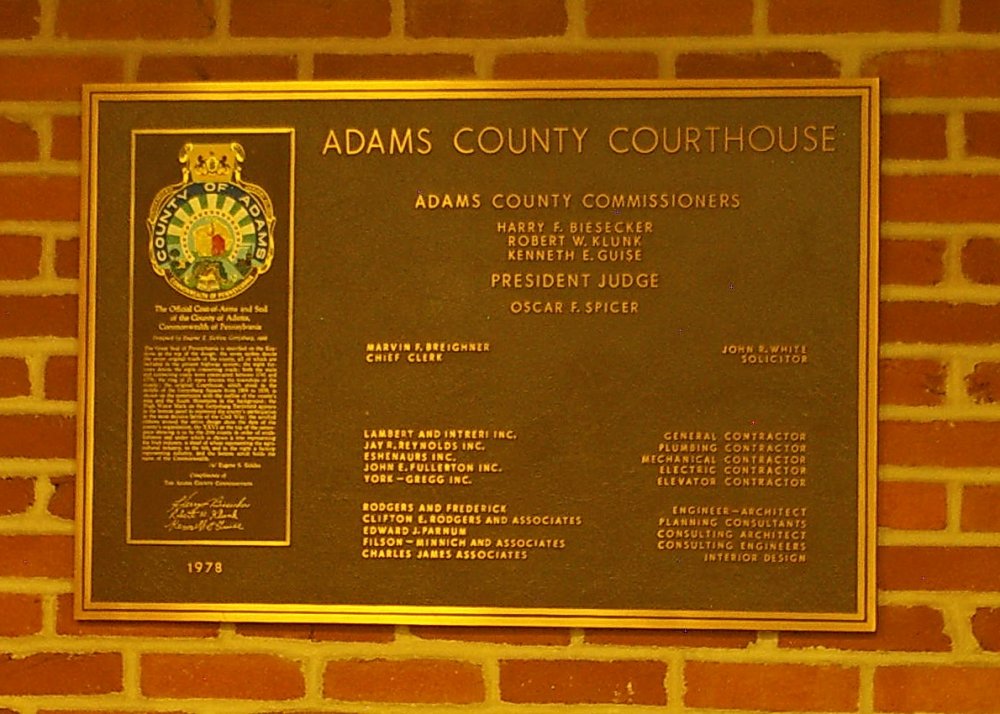