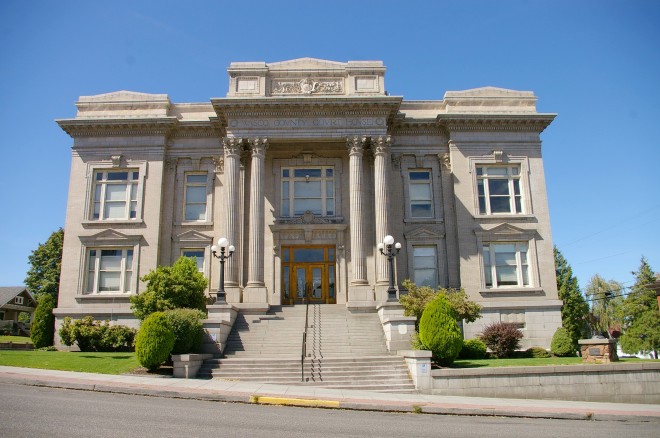 Contractor:  S N Arnold and A A  Lambert

Description:  The building  faces southeast and is a two story gray colored stone structure. The building sits on a slope. The southeast front has a large portico supported by four high Corinithian columns rising to a wide header at the roof line. The recessed entrance has a cornice above the doorway and a large window above on the second story. There is a wide cornice running below the roof line. The doors and window frames came fully assembled from the Doernbecker Factory in Portland. The interior halls have marble.

Note:  S N Arnold constructed the foundation and walls for $41,764 and A A Lambert completed construction at a cost of $53,884.  G M Sutherland Company of Walla Walla did the heating, Pauley Jail Building Company of St. Louis, Missouri supplied the jail equipment and Boyajohn-Arnold completed the interior. The total cost of construction was $159,000. Description:  The building  faces south and a two story red colored brick structure. The southwest front has a projecting center section with central entrance on the first story. Above, rises a clock tower. Along the east side are two projecting sections with pediments at the top. The windows are vertical and arched. The building is now the Masonic Temple and a restaurant. 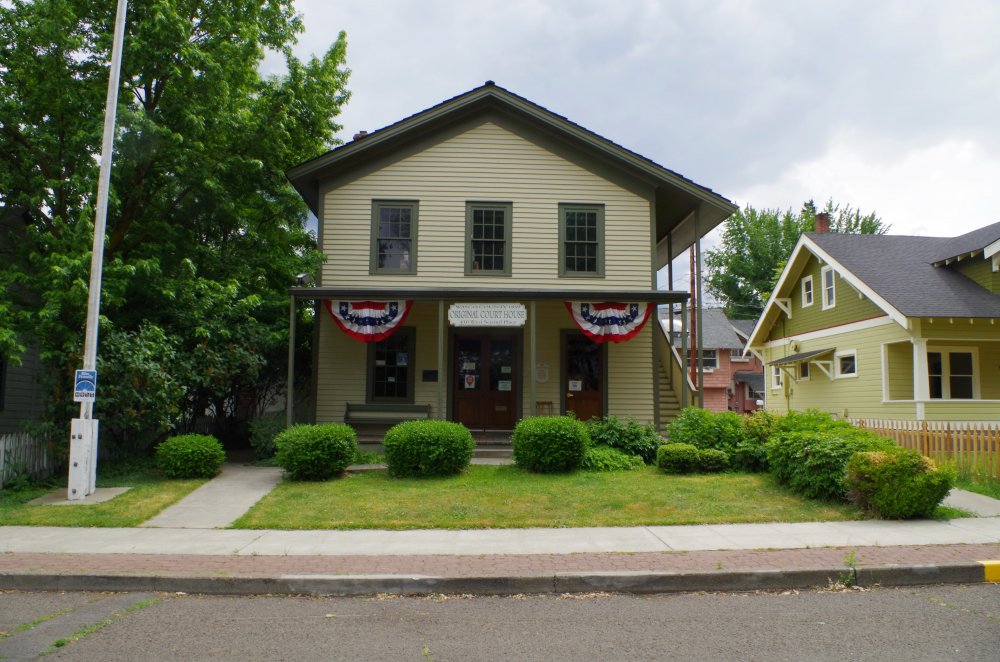 Description:  The building  faces northeast and is a two story wood frame structure. The building was originally located at Court Street and 3rd Street. The northeast front has a porch on the first story with central entrance. Stair ascend the west side. The roof is hipped. Most of the lumber came from the J H Mosier mill at Mosier. The building served as the courthouse from 1859 to 1882 when it became the City Hall until 1907. 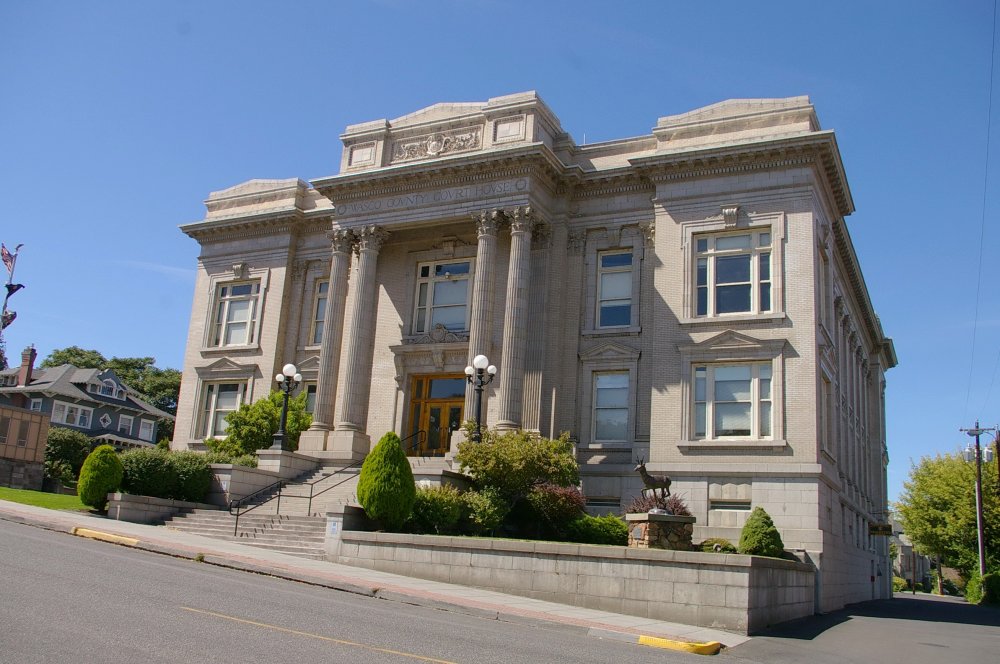 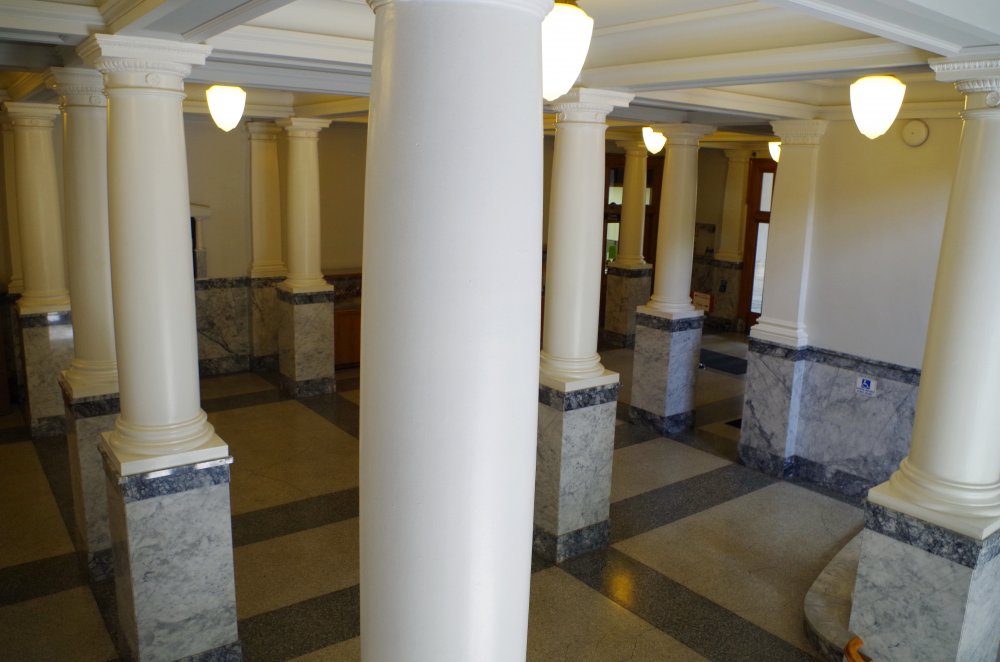